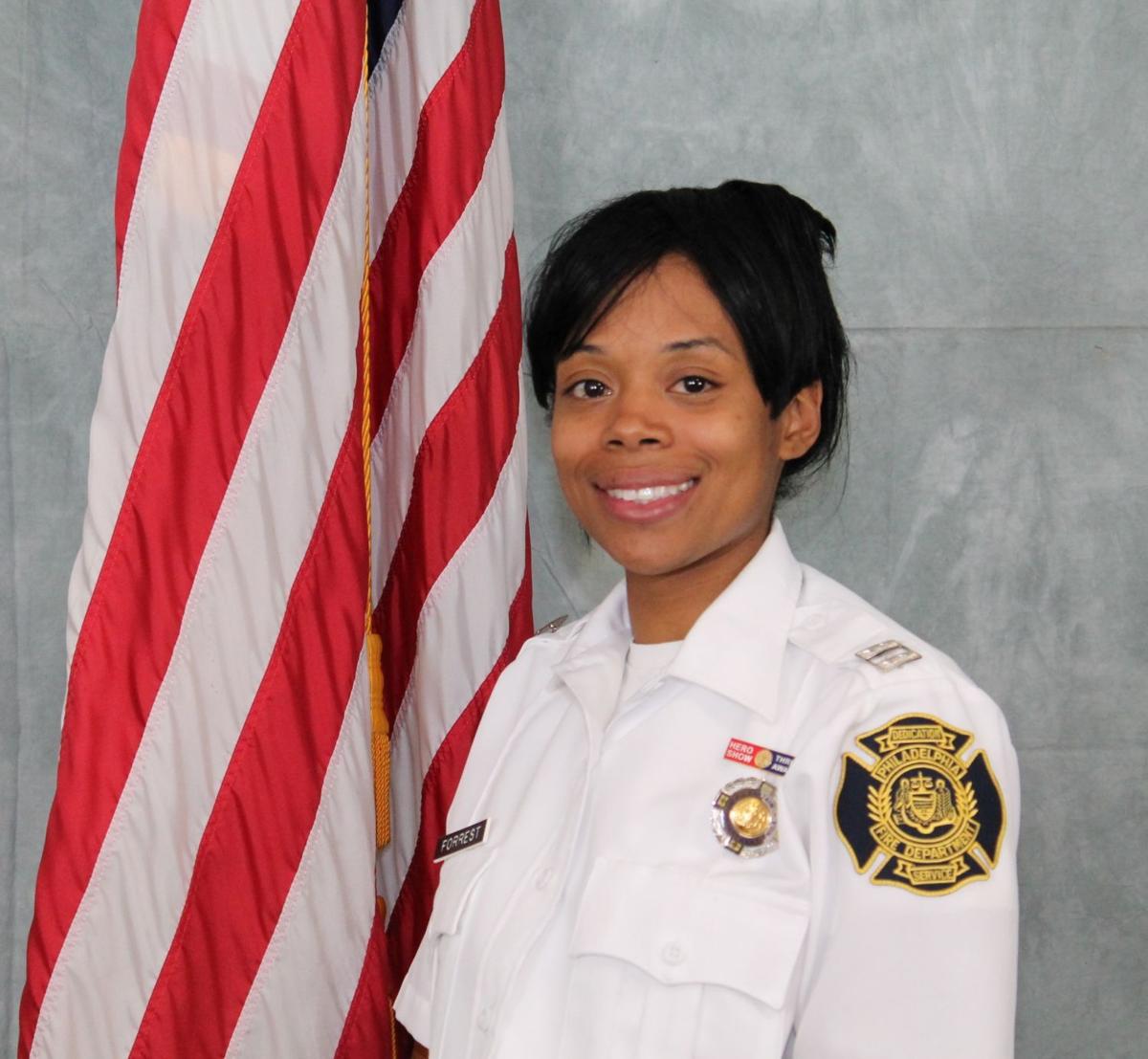 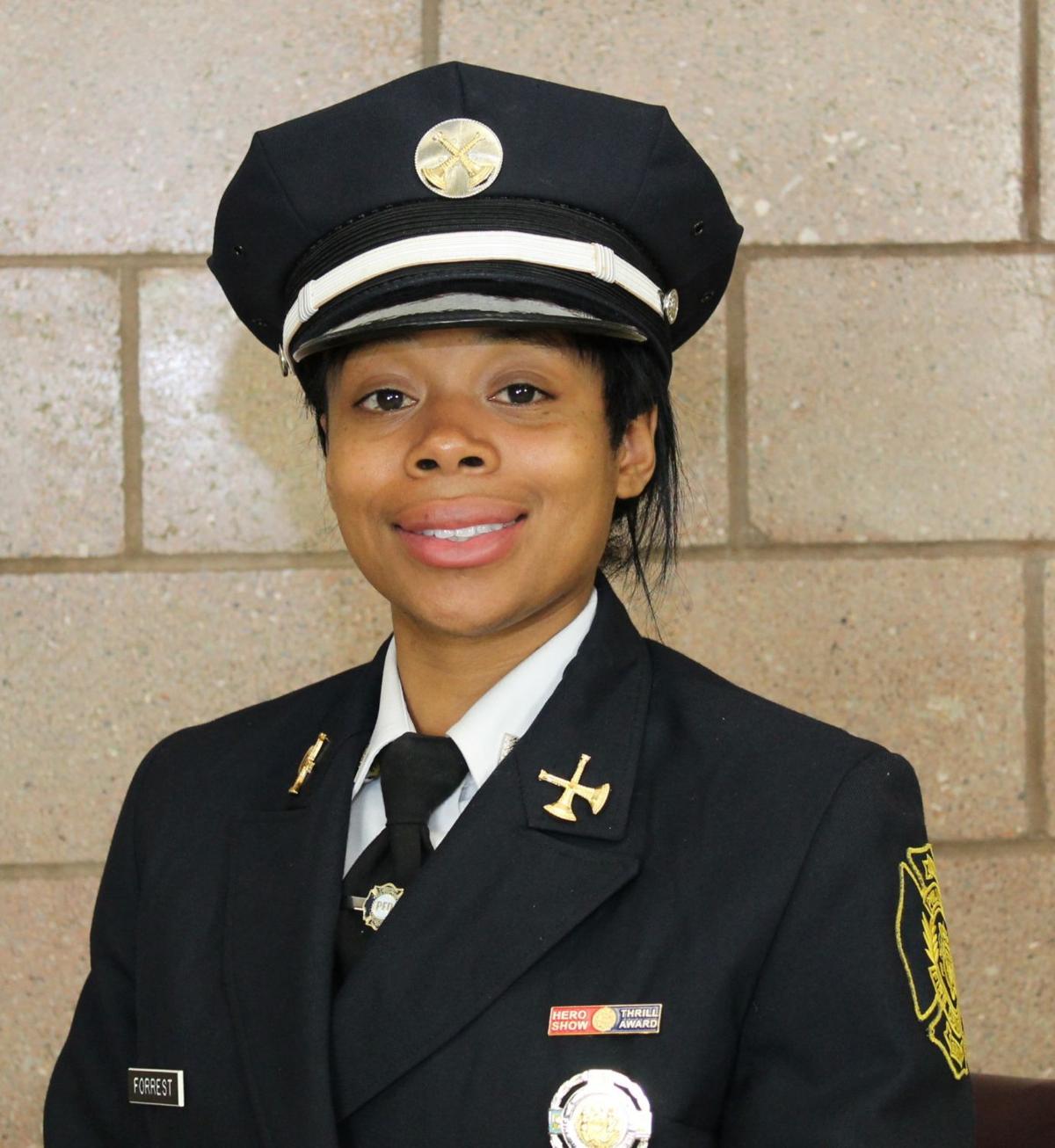 Lisa Forrest is also the first female president of Club Valiants, which is a fraternal firefighter organization that ensures equality among the minority firefighters. — Philadelphia Fire Department photo 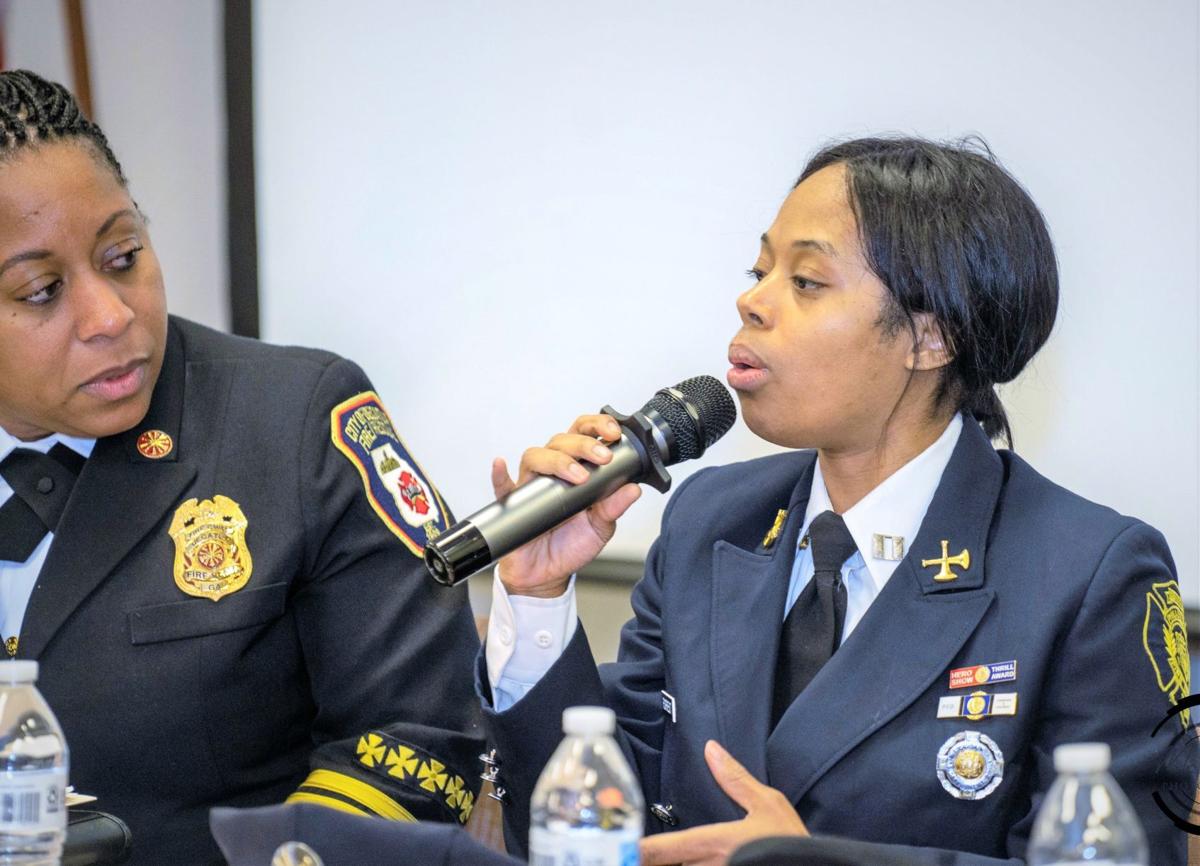 Lisa Forrest said she would love to see even more diversity in the Philadelphia Fire Department. —Submitted photo

Lisa Forrest is also the first female president of Club Valiants, which is a fraternal firefighter organization that ensures equality among the minority firefighters. — Philadelphia Fire Department photo

Lisa Forrest said she would love to see even more diversity in the Philadelphia Fire Department. —Submitted photo

At 4-foot-10, you’d never guess that Lisa Forrest is a firefighter. The West Oak Lane native is not only a firefighter, she’s a history maker.

After a formal ceremony on Tuesday, Forrest will be the Philadelphia Fire Department’s first Black female battalion fire chief in its 149-year history.

The trailblazer said she never imagined herself as a fire chief.

“My original goal was to come on to the fire department because I knew the city had tuition reimbursement. I wanted to go back to school to be a nurse. I figured I’d give it five years,” she said.

That was 19 years ago and she’s been breaking barriers ever since. Back in 2013, she was the first African-American female fire captain in the history of the department. Even with all of her accomplishments, she remains humble.

“If you would have told me that I would be the first African-American female anything, I would have laughed at you. I didn’t expect to be the first, all I wanted to do was do the job and learn every facet of the job. I was never satisfied. It wasn't enough. When I accomplished one thing, then I would find something else to do. I think people saw more in me than I saw in myself,” said the soon-to-be chief.

Forrest was also the first female president of Club Valiants, a fraternal firefighter organization that ensures equality for minority firefighters, and said she owes her career to them.

“If it wasn't for Club Valiants, I wouldn't be on this staff. And the reason I say that is to say that the Fire Department couldn't get in contact with a number of people. Club Valiants said they would help the city reach some of its African-American applicants. They knocked on the doors of African Americans that did not respond to the letter for them to come to the academy," she said. "I was one of those applicants.”

“Club Valiants is the reason that I do what I do. Not just because it's the right thing and I'm helping bring in more African Americans who want a job, but I feel like I owe Club Valiants. If they hadn’t knocked on my door, there would be no Lisa Forrest in the Philadelphia Fire Department,” she said.

Forrest said she would love to see even more diversity in the Philadelphia Fire Department.

“We all know that this city is very diverse and we know it's a melting pot, so I would like to see the Fire Department reflect that with more minorities and more women," she said. "They don't like to hear it but I feel like we need more women on the job because women think differently. We can enhance each other.”

Forrest said diversity is not only good for the department, it’s an asset to the communities they serve.

“I think that more women and more people from different cultures will help us develop an understanding of each other, and can combat some of the things that are happening in the world. It starts somewhere," she said. "People trust us when we come into their homes, but they trust somebody that looks like them even more so. It’s important to see somebody that looks like you because you feel like you can relate to them and they can relate to you.”

Forrest said the community is her first priority.

“First and foremost, it’s about the community that we serve. I think a lot of times people get caught up in everything else but the main thing is to be of service. We are public servants. We work for the people,” she said.

The mother of four said this latest promotion is bigger than her and she hopes it inspires others.

“It means a lot to me how my children look at me. I was going through my daughter's stuff. She had a journal for school. I read it and one of the journal entries asked who is your hero. And she actually said me. It blew my mind and I was in tears," Forrest said. "That means a lot to me, the legacy that I leave behind. So this is not for me, this is for future generations. I look at this as happening to me, but really it’s happening to me for future generations.”

The COVID-19 pandemic has changed the way we do almost everything. Even as live, in-person shows start to return slowly, socially-distanced sh…

Like most things in 2020, The Philadelphia Tribune’s Women of Achievement celebration looked a little different this year. The event, which wa…