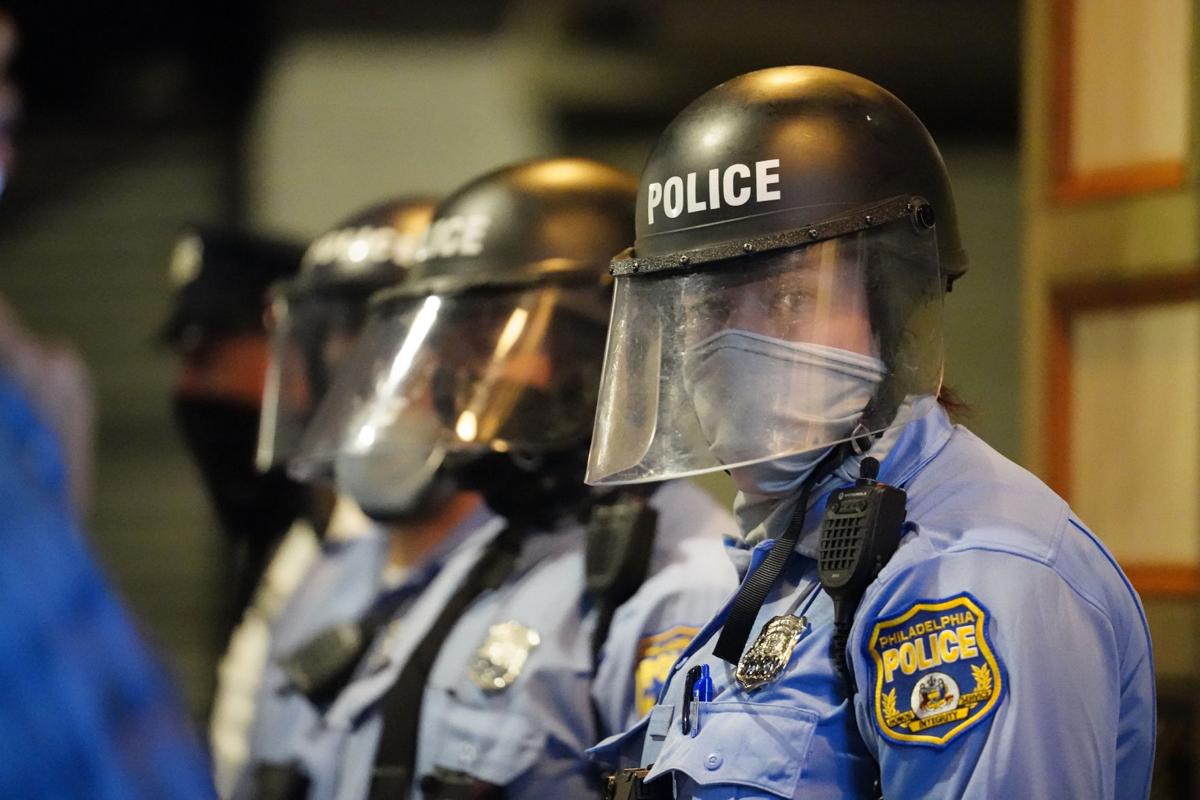 Philadelphia police stand in position during a march by protesters in October in West Philadelphia over the shooting death of Walter Wallace by police. — AP Photo/Matt Slocum 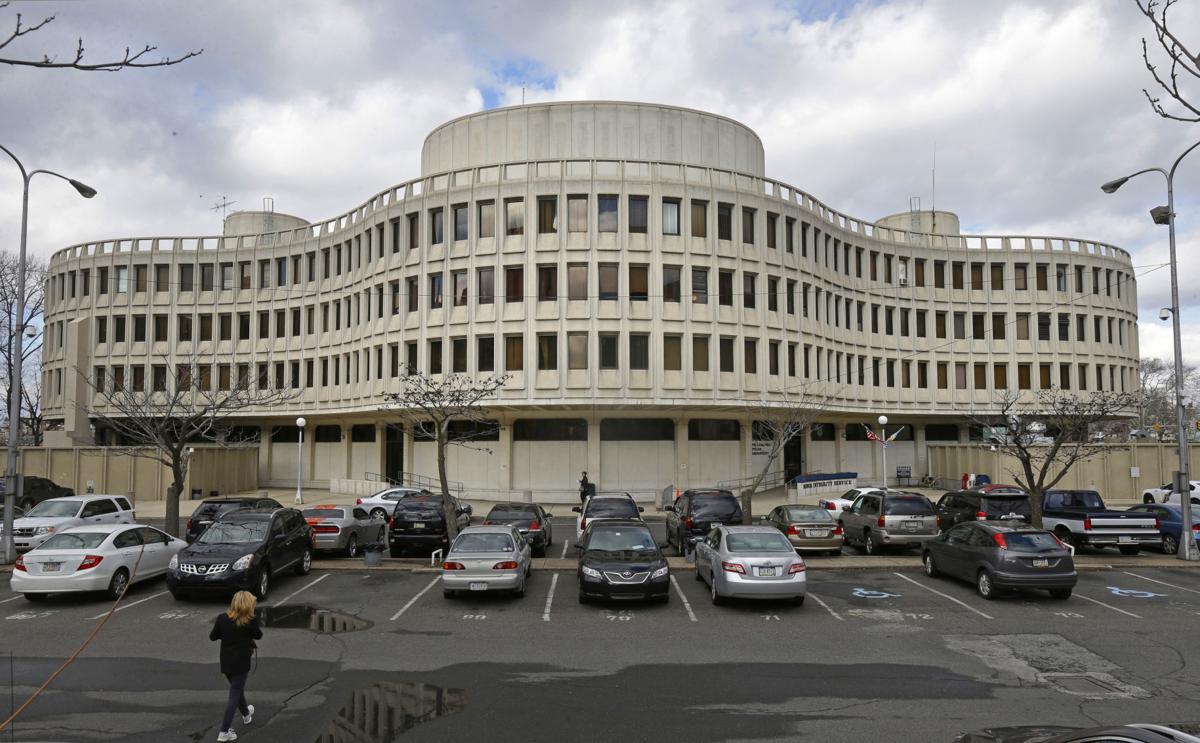 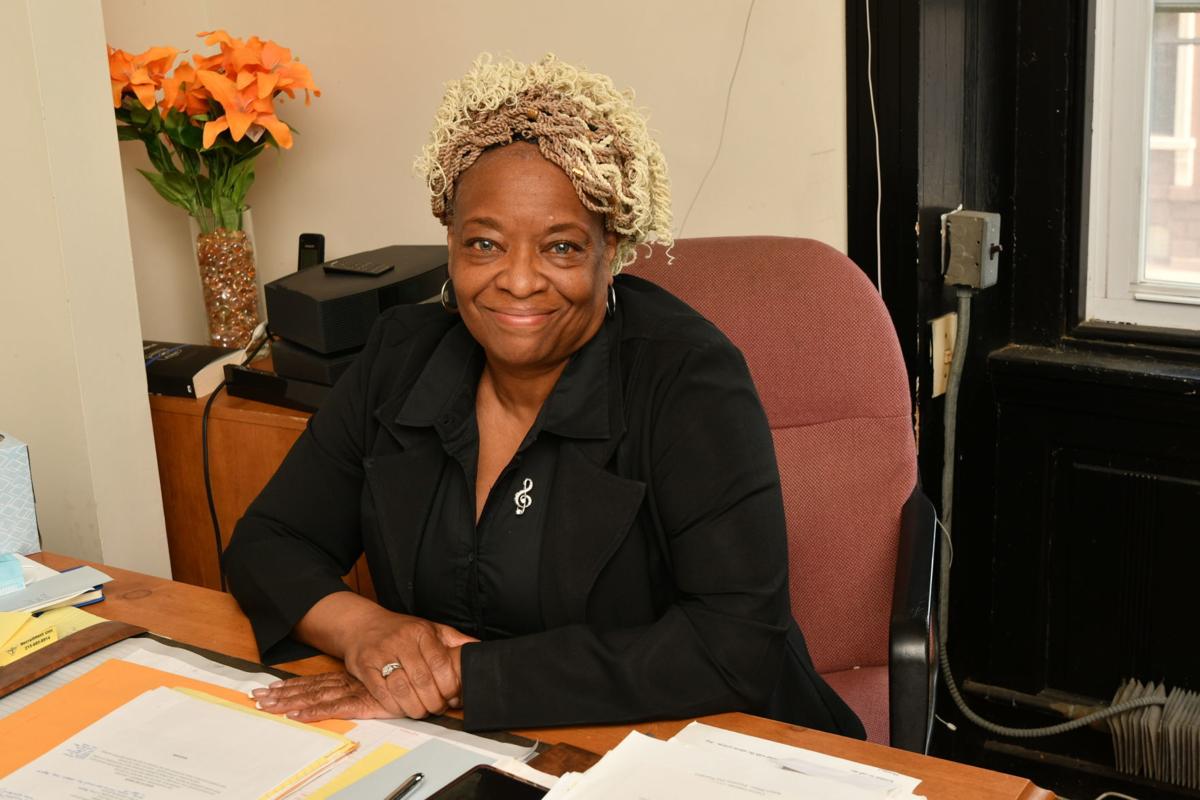 Crystal Williams-Coleman, president of the Guardian Civic League, which represents Black police officers, said the calls for police reform following the killing of George Floyd in 2020 combined with the pandemic were pushing cops to leave. —TRIBUNE FILE PHOTO

Philadelphia police stand in position during a march by protesters in October in West Philadelphia over the shooting death of Walter Wallace by police. — AP Photo/Matt Slocum

Crystal Williams-Coleman, president of the Guardian Civic League, which represents Black police officers, said the calls for police reform following the killing of George Floyd in 2020 combined with the pandemic were pushing cops to leave. —TRIBUNE FILE PHOTO

Retirements in the Philadelphia Police Department spiked in 2020 as the city convulsed from protests over police brutality and battled through the coronavirus pandemic.

Annual police retirements have been increasing for years.

Mayor Jim Kenney acknowledged the city’s difficulty in maintaining and recruiting cops during a news conference on the city’s gun violence last month.

“Policing is not, you know, the most popular profession these days and it’s hard to find people that want to dedicate themselves and their lives to this profession but there are people out there,” the mayor said.

Crystal Williams-Coleman, president of the Guardian Civic League, which represents Black police officers, said the calls for police reform following the killing of George Floyd in Minneapolis in 2020 combined with the pandemic were pushing cops to leave.

Williams-Coleman, a former officer, acknowledged that African Americans and other people of color have a long history of mistrusting Philadelphia police. But what’s different now is that more white people are viewing police as the enemy and acknowledging the racism in the ranks of the department.

“We knew it, but now you have the white people recognizing it,” Williams-Coleman said. “It’s coming to a head now. It’s being more recognized now than it has ever been in the past years.”

John McNesby, president of the Fraternal Order of Police Lodge 5, declined to comment through a spokesman.

This year through July, nine officers have retired, 32 have entered DROP, and 44 have resigned, according to the Kenney administration.

The wave of police retirements has reached such a pitch that Kenney extended DROP to five years from four in July for officers.

Kenney spokeswoman Deana Gamble said in an email that the mayor extended DROP due to “understaffing and the impact it could potentially have on public safety.”

Approximately 96 uniformed officers were offered the one-year extension for DROP. The Kenney administration is not certain how many will accept it, Gamble said. The city’s general fund will bear the cost of salaries for the officers who participate in the one-year DROP extension, Gamble said.

DROP traditionally allows city employees to work up to four years as their pension benefits accumulate in an interest-bearing account, while still earning a city salary. Upon retirement, employees receive that accumulated balance in their DROP account, in addition to their monthly pension benefit.

The following is the rate of annual retirements in recent years, according to the Kenney administration:

Outlaw said during the news conference on June 23 that she wasn’t concerned about the department’s ranks dropping below 6,000 “just yet, but it’s definitely something we’re paying very close attention to.”

The police academy received its first class of new recruits in July since the pandemic halted all classes starting in March 2020.

Whites also made up the single largest racial group of new hires between July 1, 2020, and April 22, according to the department’s budget documents.

The department hired 50 individuals during that time, of which 21 were white, 18 were African American, two were Hispanic or Latino, seven were “unassigned,” and two were labeled as “other.”

The police department is majority white in a city where two out of every three residents are people of color.

Blacks account for 44% of the city’s population, whites 34%, Hispanics and Latinos 15%, and Asian Americans nearly 8%, according to U.S. Census Bureau estimates.

The Kenney administration is partnering with Black clergy members to help recruit officers, Gamble said. The city’s other recruitment efforts include developing a practice exam for reading comprehension, fitness camps, and advertising on Black and other radio stations.

“Attracting diverse talent throughout the government is always a priority to the mayor, but it’s especially important when it comes to the police department to ensure that our officers reflect the diversity of the residents they serve,” Gamble said. “The recruitment efforts underway … indicate the extensive work being done to attract Black and brown officers to the force.”

The department’s recruiting classes in recent years have skewed toward white applicants.

In 2019, the last full year of recruitment before the pandemic, whites accounted for 62.4% of the 229 total recruits, according to the Kenney administration. Blacks made up 17.4% of the recruits that year, and Hispanics 16.1%.

Whites also made up 62% of 276 total police recruits in 2018, while Blacks accounted for 20% and Hispanics nearly 15%, according to the administration.

Williams-Coleman, the head of the group that represents Black officers, was nonetheless bullish that the police department would attract more people of color in future years to join its ranks.

“Because you have organizations like ours fighting for that,” she said. “And we will continue to strive and fight for minorities to be on here.”