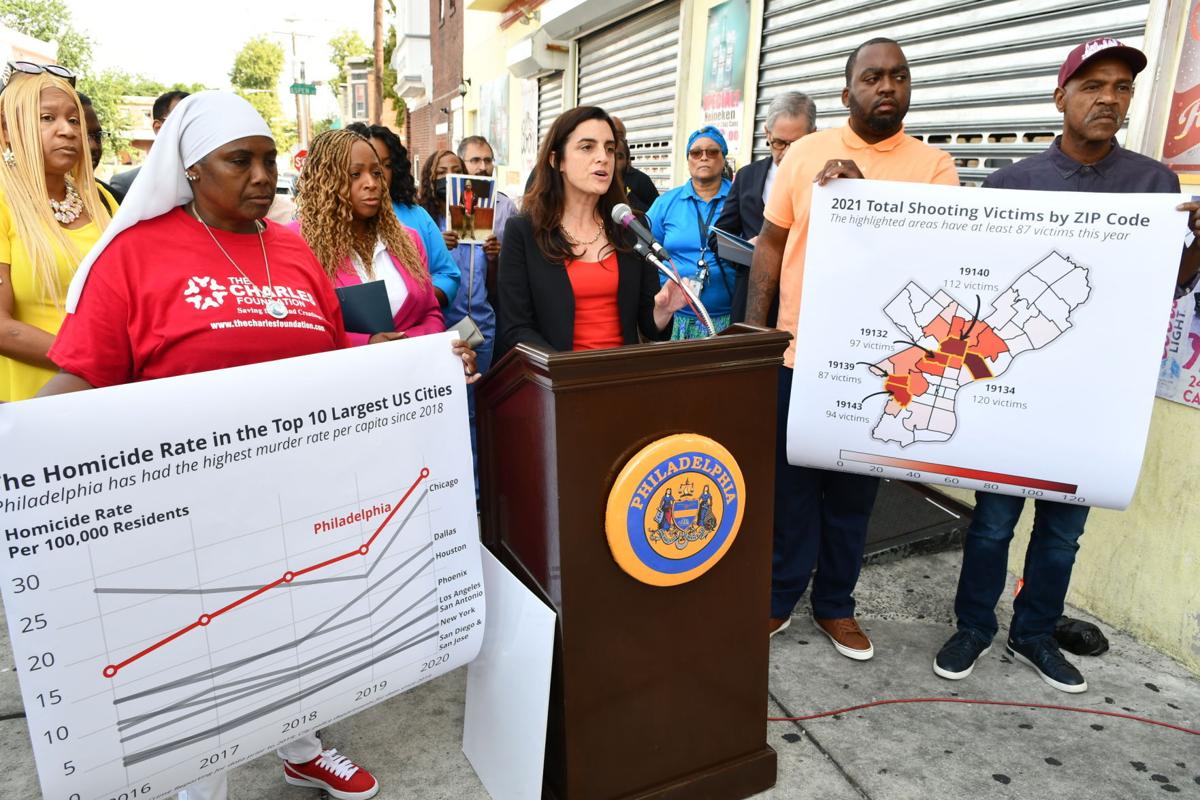 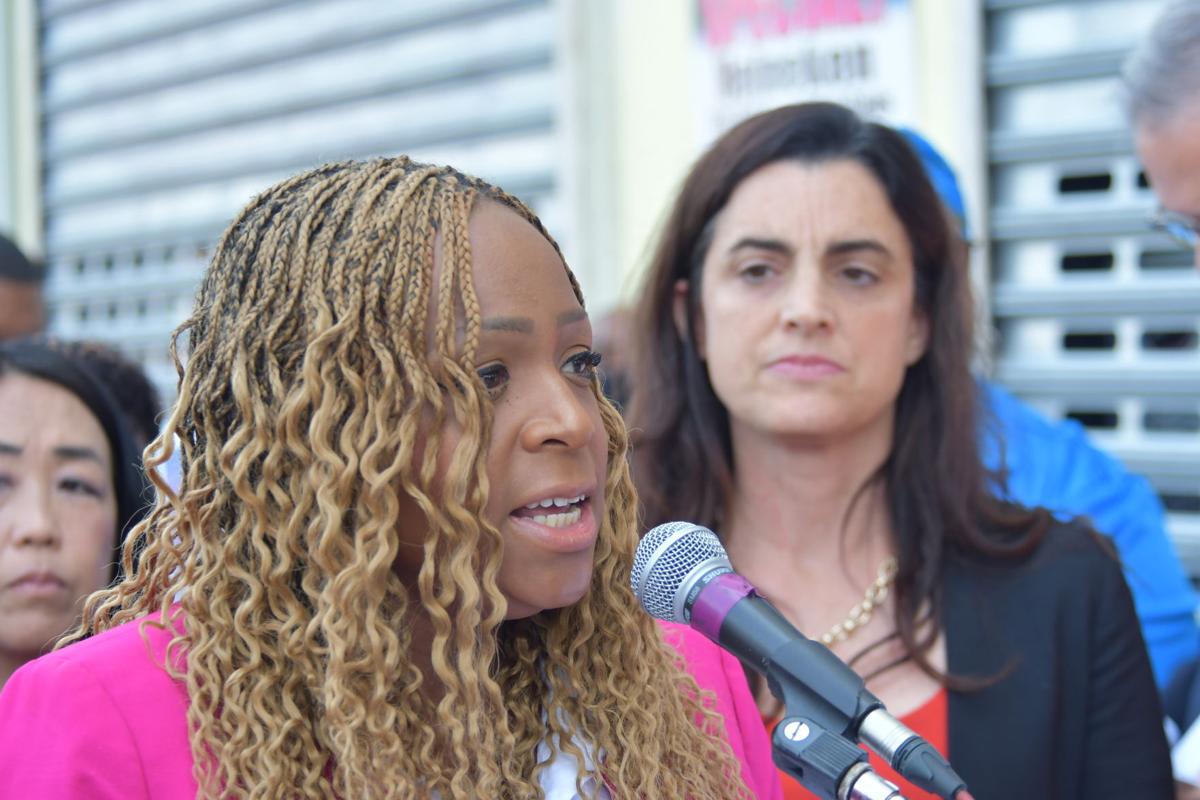 Thursday morning they were joined by elected officials, city leaders and community activists in demanding that the Kenney administration target anti-violence programming and resources to the 14 ZIP codes experiencing the heaviest amount of gun violence and improve coordination among city departments and community leaders.

“Addressing our city’s gun violence is an issue of racial justice,” Rhynhart said during a news conference held in a heavily impacted area of West Philadelphia.

“This disproportionately impacts our Black and brown residents,” Rhynhart continued. “Investments and resources must be targeted to these areas to ensure that they residents and the communities receive the care and the resources that they desperately need.”

Their demands come as Philadelphia has had 321 homicides this year as of Wednesday night (most recent as of presstime) according to Philadelphia Police Department data.

“We cannot accept a reality in which Black and brown people are getting traumatized and terrorized on a daily basis, even if they aren’t directly victimized,” said Gauthier, who has been calling on Mayor Jim Kenney to declare a gun violence emergency.

“And we cannot accept a reality in which making this madness stop is not the absolute, No. 1 top priority for each and every leader in our city government. So that is why we are here today demanding that Mayor Kenney step up and act.”

Kenney declined to declare a gun violence emergency and has said that his administration is already working to address the violence.

“All this week, we’ve been hearing about how the mayor doesn’t want to declare gun violence an emergency and you know what, fine," Gauthier continued. "Call it whatever you want. All I care is that you do more.”

Rhynhart and Gauthier sent a letter to the Kenney Administration that outlining a list of eight steps the administration must take immediately to ensure safe and peaceful communities for all Philadelphia residents, as well as a request for additional information to ensure transparency with the public regarding the administration’s progress to reduce gun violence and homicides.

Action steps detailed in the letter include the following:

• The Philadelphia Parks and Recreation to immediately and substantially increase programming in the aforementioned zip codes.

• The Department of Behavioral Health and Intellectual disability Services (DBHIDS) and Department of Public Health to coordinate efforts to ensure that all residents in the most affected zip codes have access to quality treatment and mental health services.

• The Commerce Department to coordinate with DBHIDS and City partners under the Roadmap to Safer Communities to strategically invest $5.6 million in additional workforce development funding to reach individuals from the aforementioned zip codes involved or at-risk of being involved in gun violence.

• The Managing Director’s Office should work collaboratively with City Council to develop a framework to allocate $20 million in additional anti-violence funding from the fiscal year 2022 budget toward programs that use evidence-based strategies, in particular those that employ credible messengers and create access to services for individuals most likely to shoot or be shot, to reduce gun violence.

• The Managing Director’s Office of Violence Prevention should lead efforts to expand the Community Crisis Intervention Program in the aforementioned zip codes and provide a timeline for increasing staff capacity and the number of outreach workers on the ground in these areas.

Gauthier and Rhynhart requested a detailed plan with a timeline for implementation of the action steps outlined in the letter from Kenney by July 30.

Philadelphia District Attorney Larry Krasner spoke on addressing the gun violence collaboratively and expressed his willingness to work with others.

"The time is now for a truly collaborative and intentional approach to reducing the number of shootings and gun-related homicides in our city," he said.

"All city agencies must work together. My door is open. My hand is extended. We want to work with anybody and everybody who wants to work with us, so that we can get at the problem and we can do something about it. "

Krasner offered some solutions to help address the issue such as ending cash bail and investing $5 million in forensics capability for the police department to solve more shootings and homicide cases. He said that the city had a 20% solve rate for non-fatal shootings before the pandemic and a less than 50% solve rate for homicides.

Some of the speakers spoke on the importance of ensuring that community organizations receive $20 million in funding for anti-violence programs.

Movita Johnson-Harrell, the founder of the Charles Foundation, spoke on the link between disinvestment in communities and gun violence. She called on the mayor to move the money for gun violence prevention.

"When we disinvest and marginalize and disenfranchise communities, you get the situation that we see now," said Johnson-Harrell, who lost two sons to gun violence.

Violent crime has been trending downward in recent months but killings and shootings remain well above historical levels.