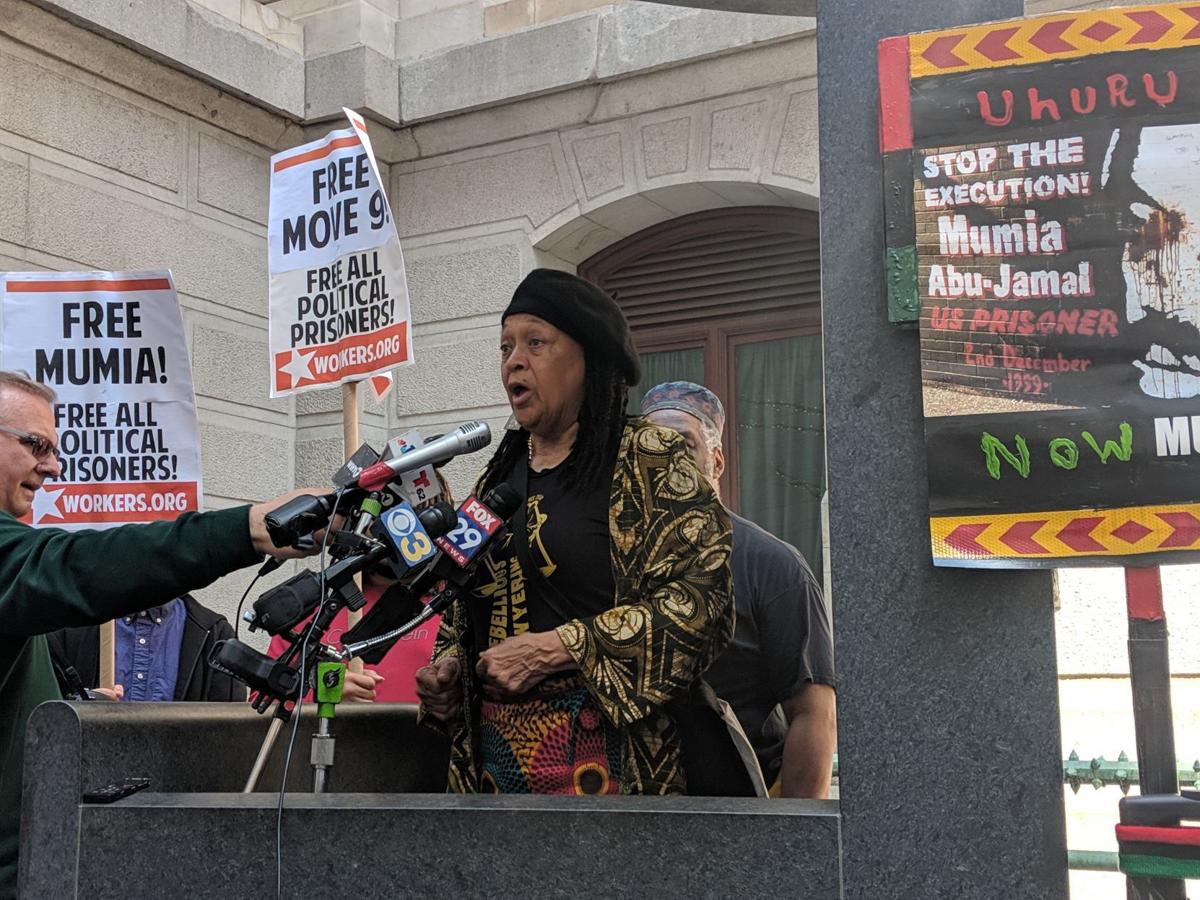 MOVE member Pam Africa said District Attorney Larry Krasner’s decision to drop his appeal is “a partial victory for the entire movement” during a rally for Mumia Abu-Jamal on Thursday outside City Hall. 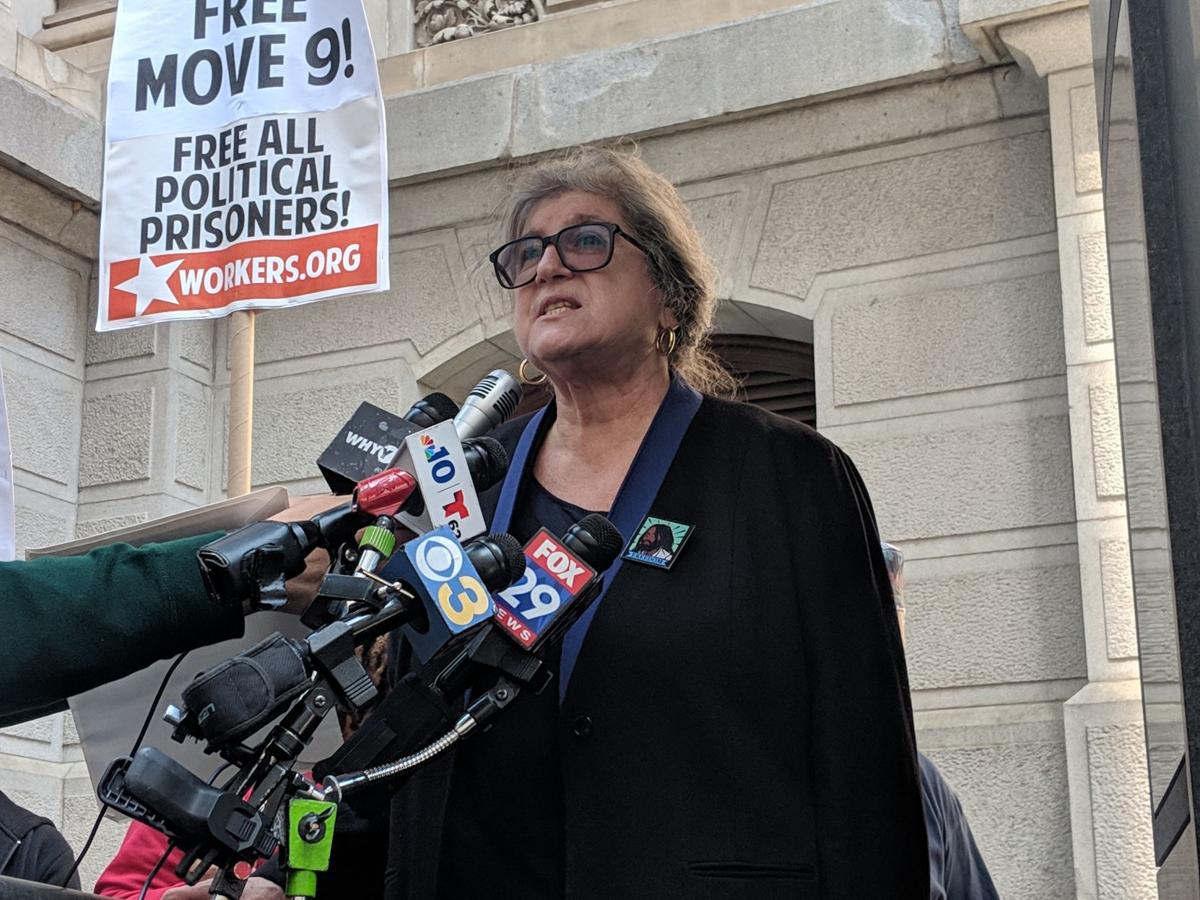 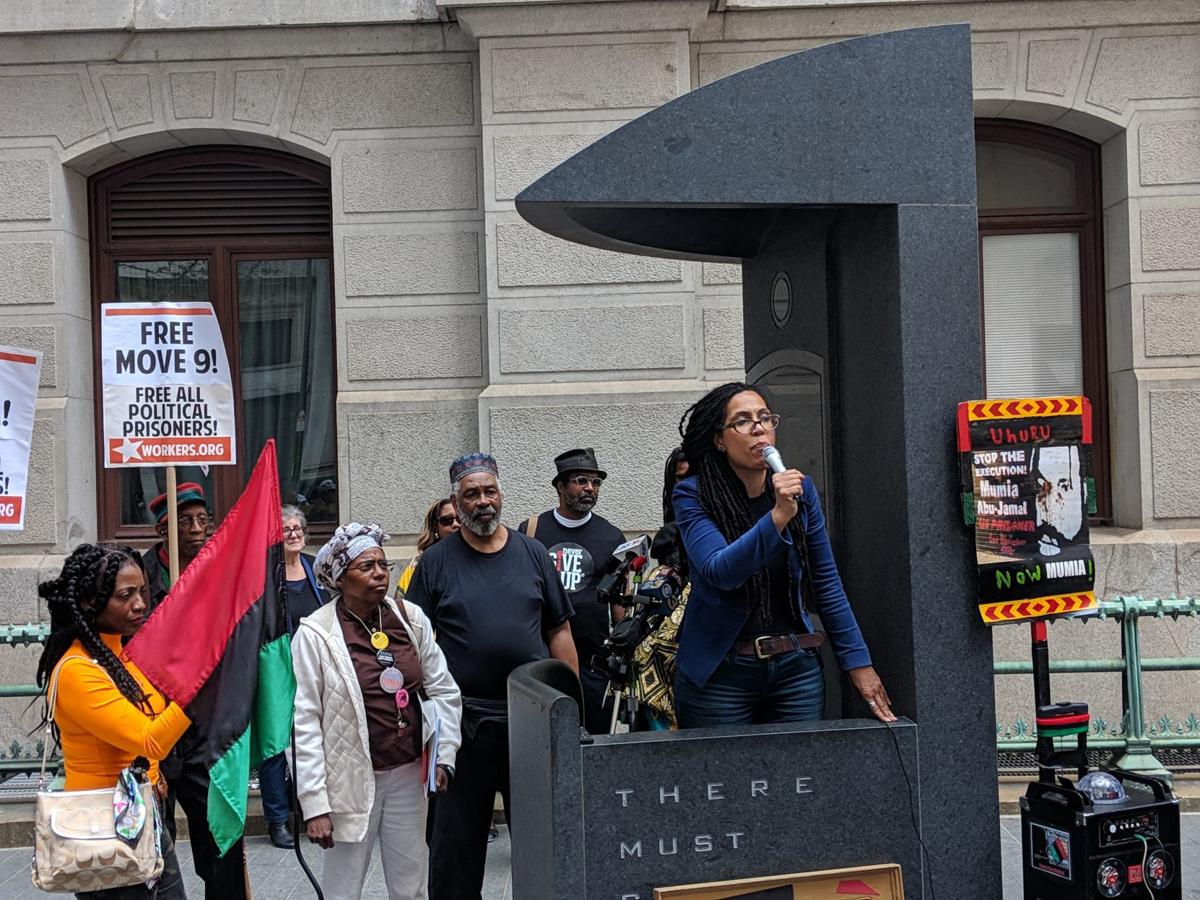 MOVE member Pam Africa said District Attorney Larry Krasner’s decision to drop his appeal is “a partial victory for the entire movement” during a rally for Mumia Abu-Jamal on Thursday outside City Hall.

Mumia Abu-Jamal is on his way to a rehearing of his conviction for killing a city cop before the state Supreme Court after Philadelphia District Attorney Larry Krasner dropped his appeal against the move this week.

Krasner’s decision brought jeers from some, cheers from others over the case involving the 1981 killing of Philadelphia Police Officer Daniel Faulkner.

John McNesby, president of the Fraternal Order of Police Lodge 5, said in an email that the police union was disappointed and Abu-Jamal should stay behind bars.

“The facts remain clear today as they did more than 30 years ago, this defendant is a convicted cop killer and should remain in prison for the rest of his life,” he said. “This latest ruling by a Philadelphia judge and the DA’s decision not to appeal only re-victimizes Maureen and the entire Faulkner family.”

Maureen Faulkner said in an email that Krasner let her and her family down by revoking his appeal.

“Larry Krasner promised my family and me that he would do everything within his power to keep my husband’s remorseless killer in prison for the rest of his life,” she said. “We believe today’s decision not to appeal has broken that promise.”

Kranser appealed Tucker’s opinion over a technical issue that he said had the potential to affect hundreds of other settled cases. But after Tucker issued another decision in March clarifying and limiting the scope of his original opinion, Kranser relented.

The decision does not grant Abu-Jamal a new trial. Instead, he can re-argue his appeal before the state Supreme Court, effectively resetting the appeals process. His case is currently in Superior Court but it could be transferred to the state’s highest court at any time.

Abu-Jamal has been in prison since 1982 and always maintained his innocence. Abu-Jamal was on death row until 2011 when prosecutors dropped the execution case against him; he has since has been serving a life sentence in Pennsylvania.

On Thursday, a contingent of more than a dozen Abu-Jamal supporters gathered at the Octavius Catto statue at City Hall to celebrate and call for Abu-Jamal’s release.

Johanna Fernandez, a professor of history at Baruch College in New York and longtime advocate of Abu-Jamal, said during the rally that Abu-Jamal “deserves an impartial hearing.”

Pam Africa, chairwoman of the Concerned Friends and Family of Mumia Abu-Jamal and longtime MOVE member, said Krasner’s decision was “a partial victory for the entire movement,” but called on the district attorney to release Abu-Jamal as he reargues his appeal.

“It’s up to Krasner,” she said, “who’s got worldwide attention on him.”

Philadelphia’s top prosecutor will fight a court decision that gives Mumia Abu-Jamal a new chance to appeal his conviction in a 1981 police slaying.

Rally to support victims of violence turns into critique of Krasner

HARRISBURG — A federal appeals court on Friday kept alive a lawsuit brought by Mumia Abu-Jamal, who was convicted in the killing a Philadelphi…

Thirty years after her patrolman husband was killed in a traffic stop, Maureen Faulkner agreed to a 2011 deal that lifted the convicted killer…

Supporters of Mumia Abu-Jamal gathered on a chilly late Friday afternoon to accuse Philadelphia Fraternal Order of Police Lodge No. 5 of attem…

Reality check 1: There is no more MOVE 9 to be freed. In 1998, at age 47, Merle Africa died in prison. On June 16, 2018, Debbie Sims Africa was released on parole. So really, it should be the MOVE 6. But MOVE doesn't live in our reality so I guess that really doesn't matter, right? Reality Check 2: There have been all kinds of conspiracy and magic bullet theories about who killed Officer Faulkner. One question has never been - and probably never will be - answered. William Cook, Abu Jamal's brother was an eye witness to the murder. When questioned by police he said "I ain't got nothing to do with this." He did not testify during the trial on his brother's behalf. Why not if he was innocent? Answer: because he didn't want to perjure himself by lying on the stand. Only after the trial did he start offering up fantasy-land theories about who killed Faulkner. Reality Check 3: Abu Jamal was not a journalist at the time he shot Faulkner to death and wasn't a revolutionary on the government radar. He was working as a cab driver.