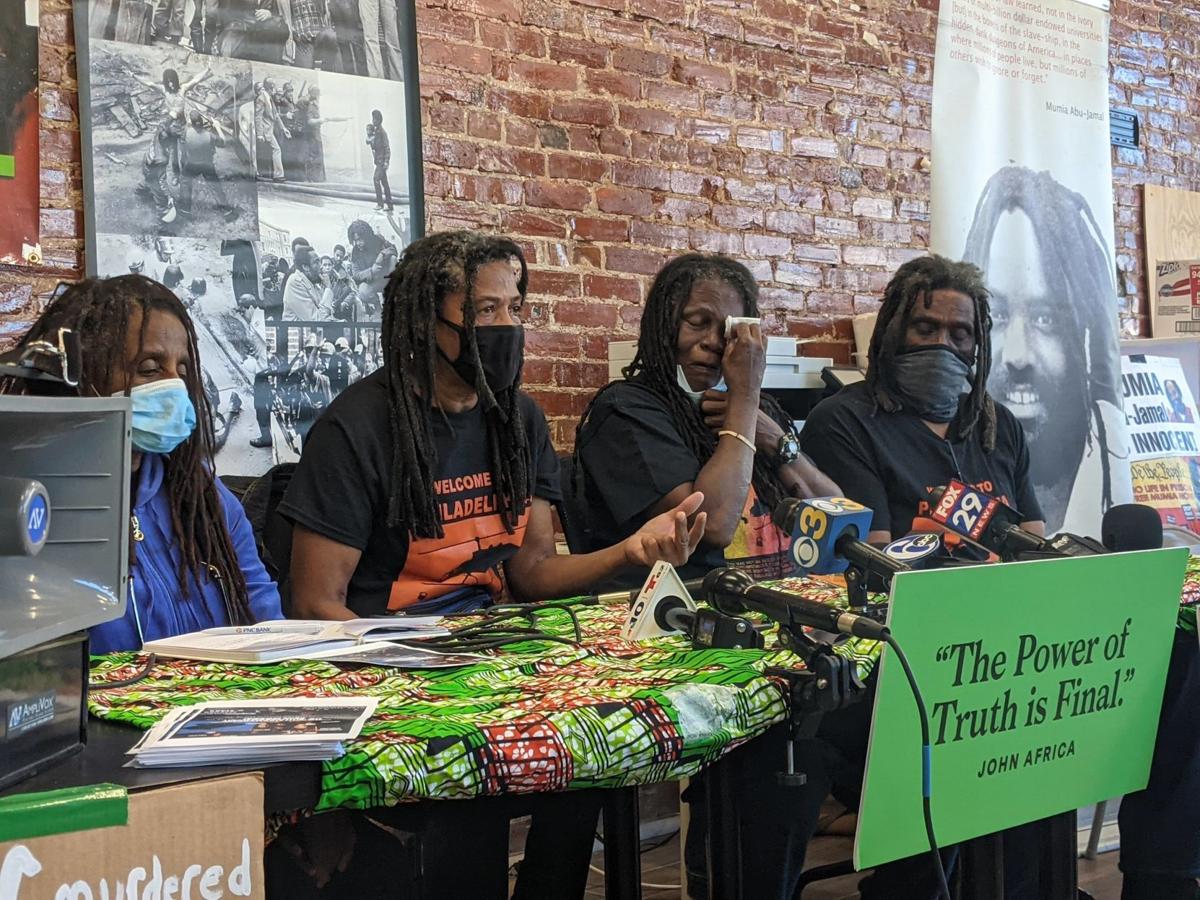 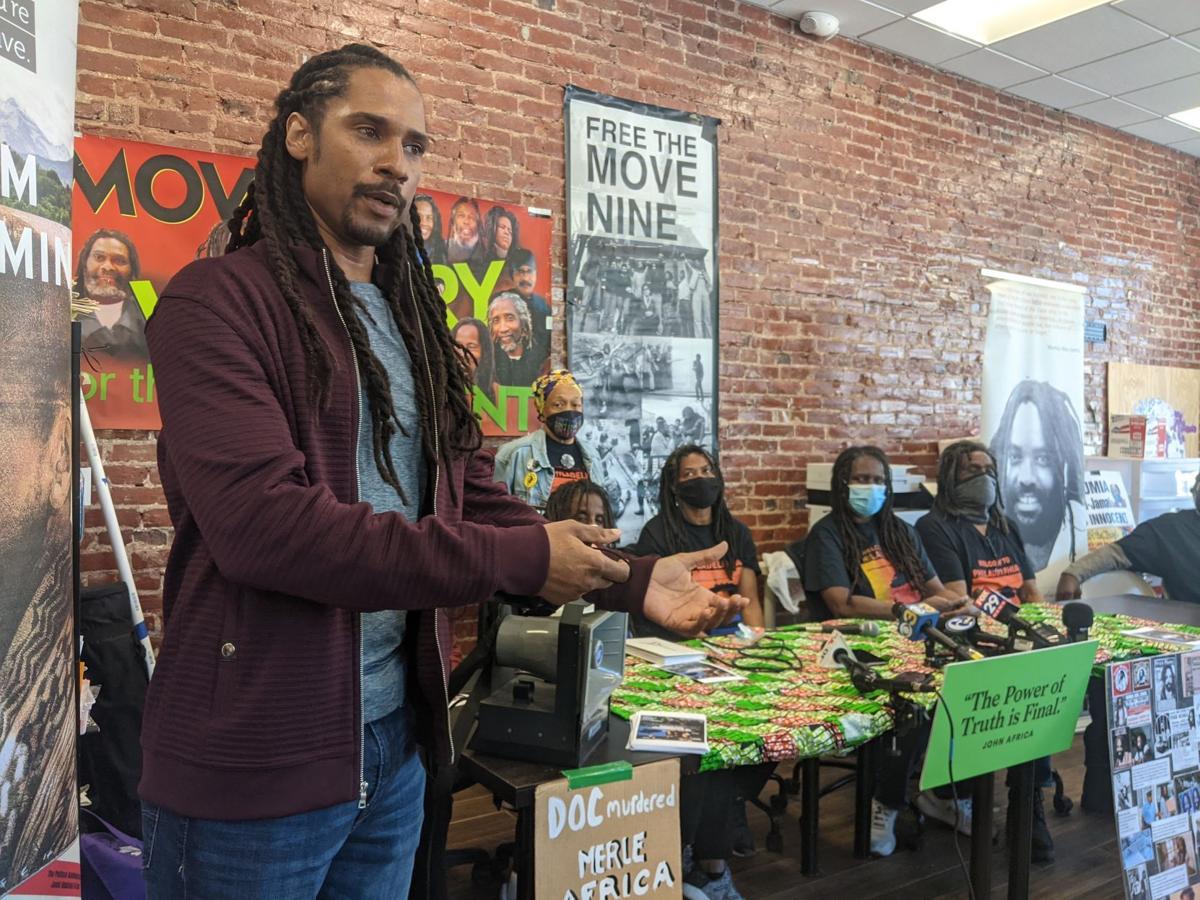 MOVE member Michael Africa Jr. says, “It’s so horrible that this system would do what they did to MOVE and then all these years later come back with this,” while discussing the recent discovery that Penn Museum housed the remains of two children who died in the 1985 MOVE bombing for years. —TRIBUNE PHOTO/MICHAEL D’ONOFRIO 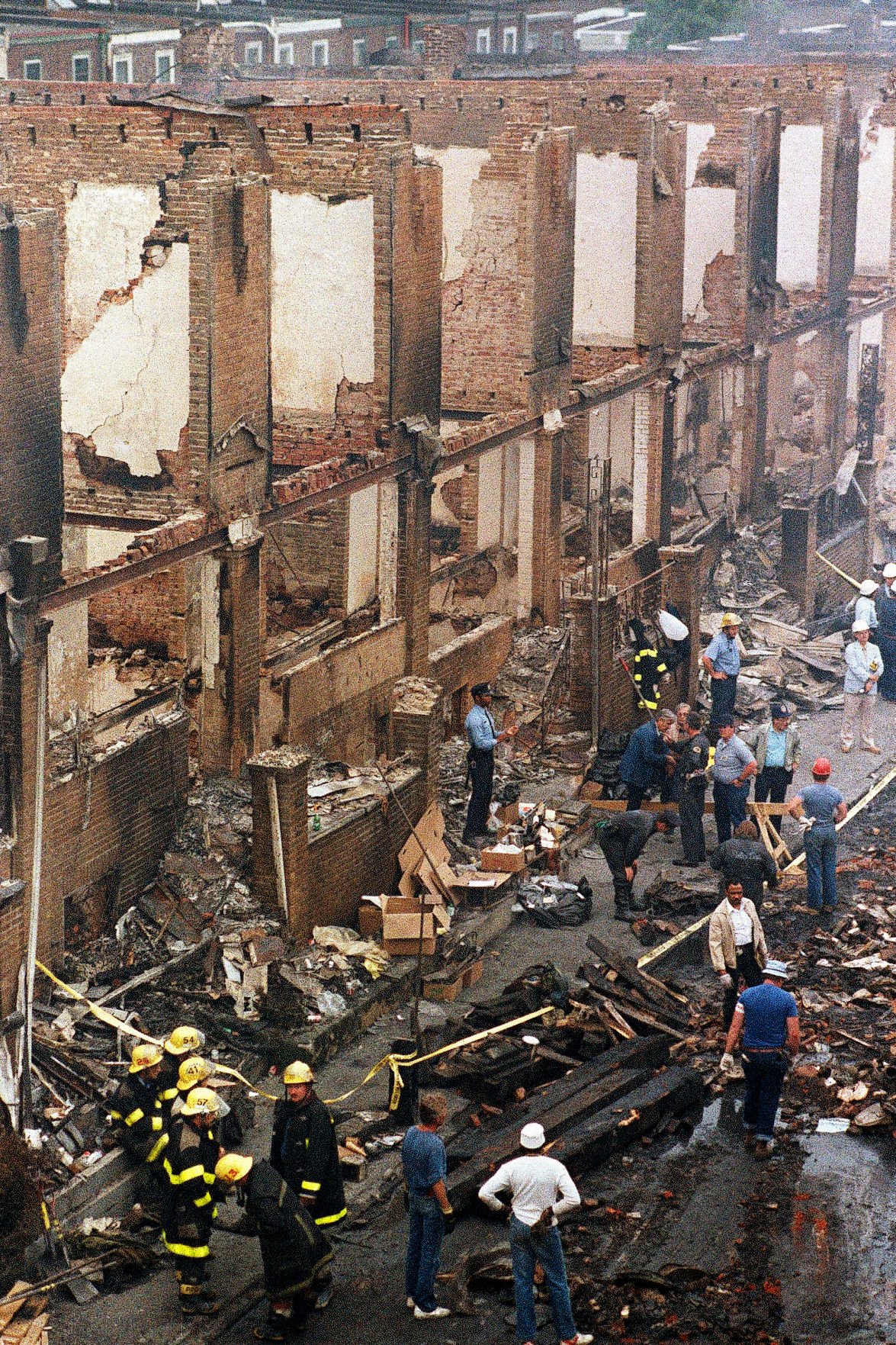 People sort through debris on Osage Avenue in Philadelphia on May 15, 1985, after a blaze destroyed scores of homes in the area. —AP Photo

MOVE member Michael Africa Jr. says, “It’s so horrible that this system would do what they did to MOVE and then all these years later come back with this,” while discussing the recent discovery that Penn Museum housed the remains of two children who died in the 1985 MOVE bombing for years. —TRIBUNE PHOTO/MICHAEL D’ONOFRIO

People sort through debris on Osage Avenue in Philadelphia on May 15, 1985, after a blaze destroyed scores of homes in the area. —AP Photo

Members of the Black revolutionary group MOVE accused Penn Museum and others of snatching and defiling the remains of two of their children who died among nine others in the 1985 bombing of their West Philadelphia home.

Yet uncertainty persists about the location of the children’s remains.

On Monday, MOVE members said they learned only days ago through news reports that the Penn Museum had housed the possible remains of Delicia Phillips Africa, and/or Katricia “Tree” Dotson, 14, for years following the bombing on Osage Avenue. The bones were never conclusively identified.

The MOVE members did not demand the return of the remains, saying they did not trust Penn Museum or officials. Instead, they called for the release of political prisoner Mumia Abu-Jamal, who was convicted of the killing of a Philadelphia police officer in 1981.

“They can’t give us our children. Our children are gone,” said Consuewella Dotson Africa, who is the biological mother of daughters Tree as well as Zenett Africa, the latter of whom also perished in the bombing at age 15.

The Penn Museum issued an apology to the Africa family, a spokeswoman said in an email Monday.

“The Penn Museum and the University of Pennsylvania apologize to the Africa family and to our community for allowing human remains recovered from the MOVE house to be used for research and teaching, and for retaining the remains for far too long,” the Penn Museum spokeswoman said.

The University of Pennsylvania and Penn Museum are working to return the remains to the Africa family, university President Amy Gutmann and Provost Wendell Pritchett said in a joint statement Monday.

The university has hired outside attorneys to investigate and issue a report about how the remains came into Penn Museum’s possession and what happened to them, Gutmann and Wendell said.

Following the 1985 bombing, the city’s medical examiner’s office allegedly gave the remains to the Penn Museum for additional forensic analysis after an initial investigation, according to news site BILLY PENN.

Anthropologist Alan Mann, a University of Pennsylvania professor at the time, conducted the analysis and disputed the city’s original findings that some remains were linked to Tree and Delisha.

The Penn Museum continued to hold the remains for years until Mann transferred to Princeton University in 2001 and reportedly took the bones with him, according to BILLY PENN. The bones were used in instructional videos offered online by Princeton. The bones reportedly were returned to Penn Museum in 2016 for additional analysis.

A Penn Museum spokeswoman said the remains have been “returned and entrusted to the care of Dr. Alan Mann,” but did not indicate when.

James Garrow, a spokesman for the city’s Department of Public Health, said in an email that the city is investigating the situation.

“The records from that time were moved to the City Archives years ago and no one who was around at that time still works for the City,” Garrow said. “We have requested the files and are waiting for their return.”

Under the city’s current policy, the city releases remains at the direction of the next-of-kin. Unclaimed remains are cremated.

On May 13, 1985, the Philadelphia police laid siege to MOVE’s fortified rowhouse at 6221 Osage Ave. following a violent confrontation between law enforcement and members of the back-to-nature group.

Police fired thousands of rounds of ammunition into the house and dropped a bomb on the house. City officials allowed the resulting blaze to burn. The fire killed 11 members of the MOVE group, five of them children, and destroyed more than 60 homes.

MOVE member Janet Africa, who is the mother of Delisha Africa, said neither the Penn Museum nor anyone else had ever informed her or other MOVE members about the remains. She expressed disgust that the universities put the remains on display and treated them like they were “some type of ride in a park.”

“They took and defiled — and not only did they do that, but they lied about it,” said Janet Africa, adding, “They denied us the right of putting our family of where they’re supposed to be when they move on to the next level.”

Both Janet Africa and Consuewella Dotson Africa were members of the MOVE 9, who were convicted of the murder of a Philadelphia police officer during a 1978 standoff with police. Both women were in prison when their daughters were killed in the 1985 bombing.

Consuewella Dotson Africa said MOVE members have yet to decide whether they intend to work with Penn Museum to have the remains returned.

Several MOVE members also said they did not know where the remains of any MOVE bombing victims were located.

MOVE members said they will protest outside the Penn Museum on Wednesday to “expose this injustice,” said Michael Africa Jr., the son of Michael Africa and Debbie Sims Africa, who also were jailed for decades in the 1978 standoff with police.

“This stuff is so horrible,” Michael Africa Jr. said. “It’s so horrible that this system would do what they did to MOVE and then all these years later come back with this.”

Under a barrage of shouts, chants and music from protesters, city officials and supporters of W. Wilson Goode Sr. dedicated a block in West Ph…

Effort to rename street after Goode Sr. angers many

What’s in a street name?