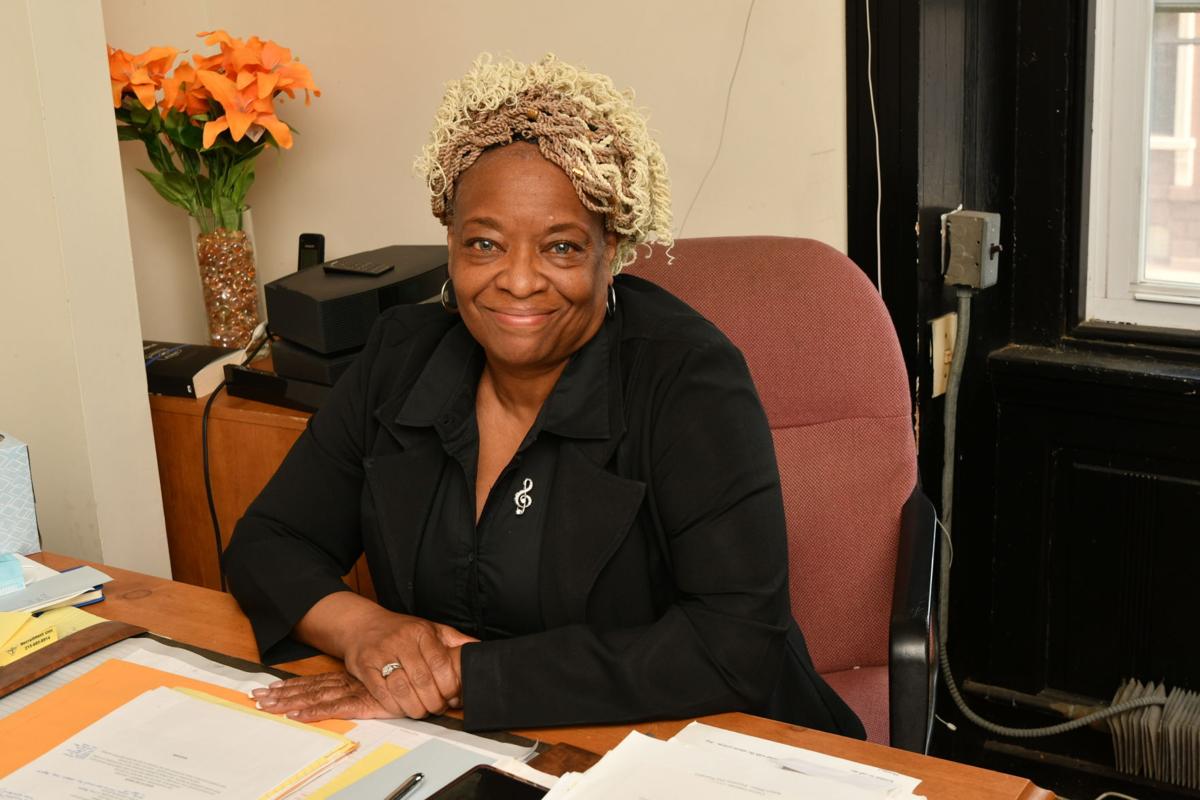 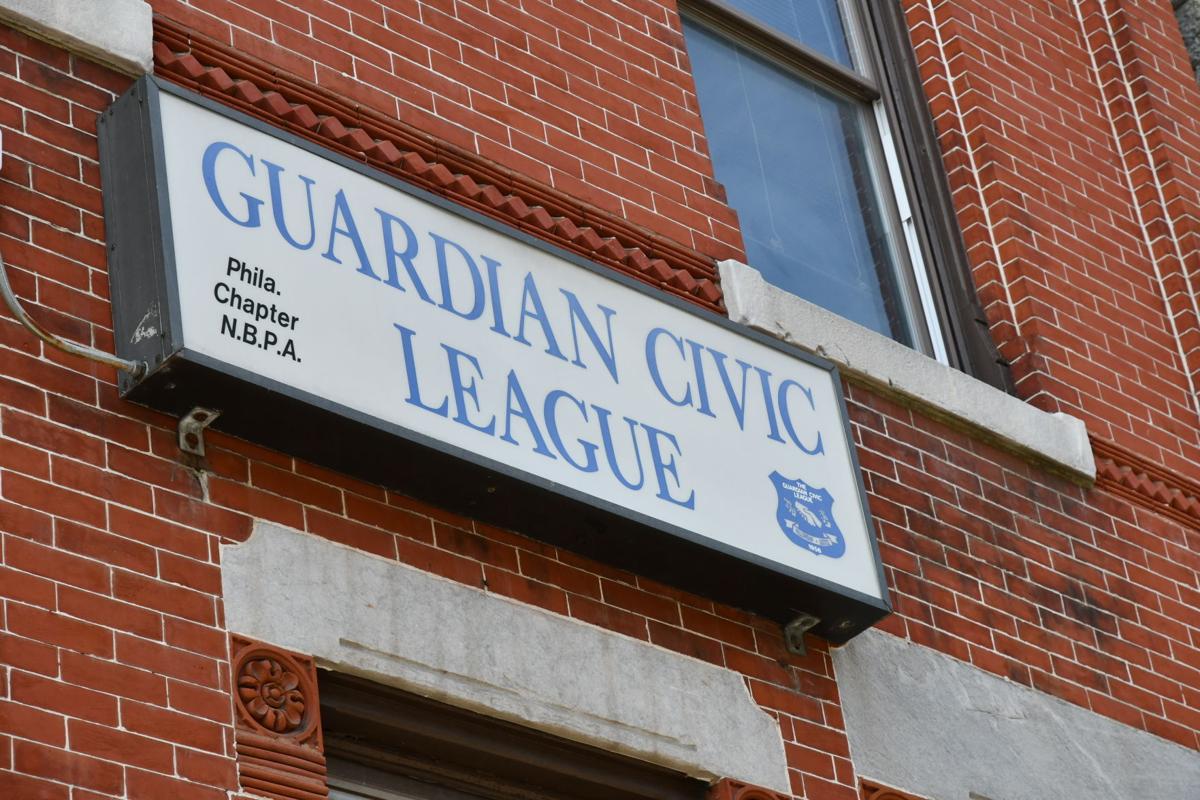 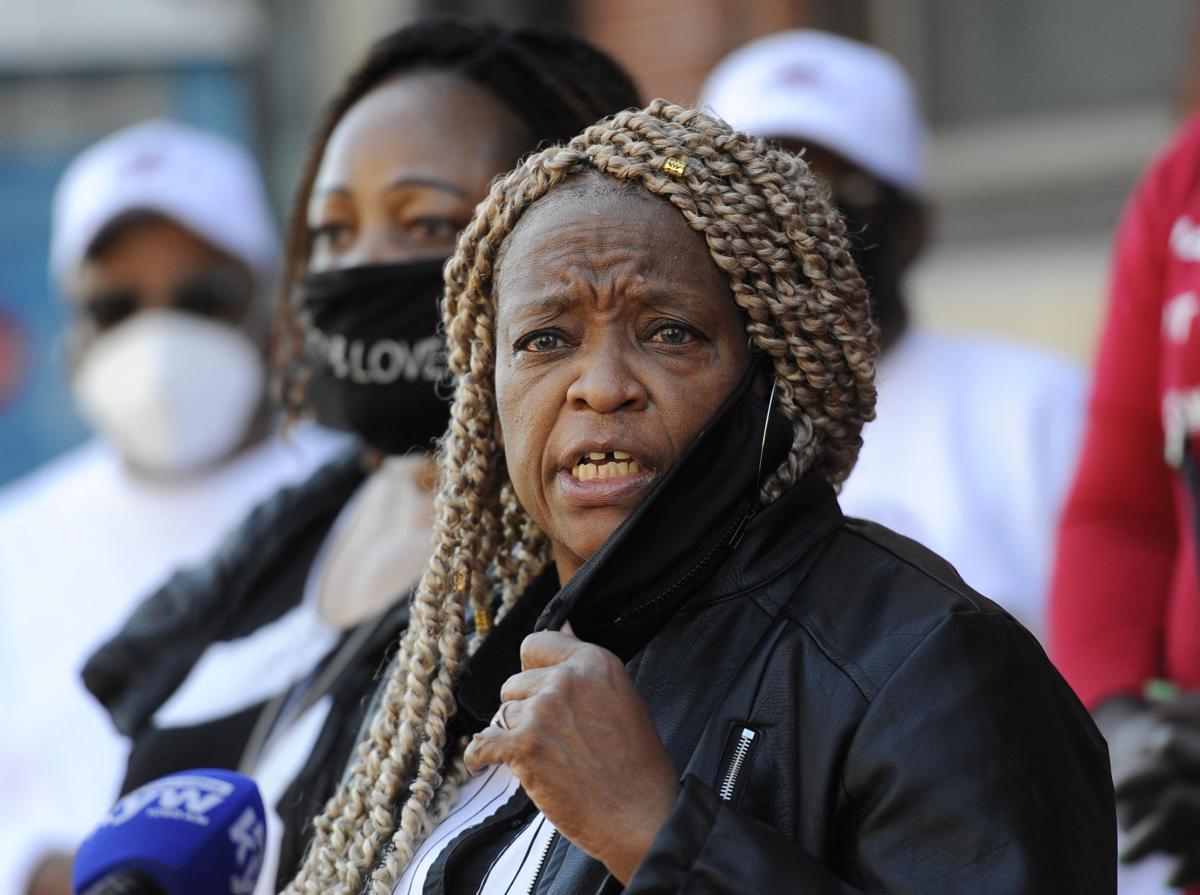 Crystal Williams-Coleman, president of Philadelphia’s Guardian Civic League, had to stand up for her members after police unions nationwide largely supported President Donald Trump’s reelection, amid mass demonstrations over police brutality and accusations of systemic racism.

Crystal Williams-Coleman, president of Philadelphia’s Guardian Civic League, had to stand up for her members after police unions nationwide largely supported President Donald Trump’s reelection, amid mass demonstrations over police brutality and accusations of systemic racism.

Crystal Williams-Coleman has waded into an oncoming hail of anti-police crossfire ever since becoming president of Philadelphia’s Guardian Civic League in March 2020.

Some of the barrage has hit close to home as reports have surfaced of flagging Black police morale, even among some of her own 1,200 Black members.

Some of the flak has been political, with Williams-Coleman having to fire off her own blasts against Fraternal Order of Police’s Trump supporters.

And some of it has been “incoming” from those calling for police reform and raising cries for issues like “defunding” police, which some say is helping to create “record numbers” of officers (Black and white) lining up to leave the department.

Meanwhile, Williams-Coleman’s most immediate problem is that Black police are in a funk — reportedly, in some cases, an even worse funk than their white counterparts.

According to news outlets, Black officers feel caught between two warring worlds — the world of the Black community and the world of the “blue” community — this second world including colleagues accused of wrongful killings of Blacks.

The unease has intensified in the wake of the high-profile police killings of African-American males (as well as some females) across the nation. The police-involved deaths have included that of George Floyd, whose killer, Derek Chauvin, was found guilty last month and is reportedly due for sentencing June 25.

Questions about police use of deadly force have been spotlighted like never before.

“Cops are afraid now that if they shoot somebody it’s going to look bad (even worse than normal) ...” said one 31-year veteran officer, who preferred to remain anonymous.

The Black police officer, who used the pseudonym “May,” in an interview with The Philadelphia Tribune, said she was retiring in a month, not just because of police killings and unrest, but because of an accumulation of issues, including the attitude of supervisors.

She confirmed that there was an overall morale problem and that questions over the use of deadly force were intensifying the unease among police.

Referring to questions about deadly force, May said officers — Black and white — feel they’re “being judged and misjudged.”

Shootings are being scrutinized, she said.

“(Cops are) now going to think twice,” she said “And that could jeopardize their life.”

She said the recent already-extra-close scrutiny of the district attorney’s office of police, was intensifying the glare and the malaise.

Officials have indicated that the pandemic was also playing a role in increasing police workload and has added to overall police unhappiness in recent months. Some officials described the troubles as a “confluence of circumstances” — including the civil unrest and COVID-19 — that have led to work overload and resultant sagging police morale that has, in turn, increased problems with retention and recruitment of officers.

May cited other reasons, as well, such as mistrust of police by the community that sometimes is made worse by the recruitment and lack of proper training of officers “from the suburbs” not used to dealing with city dwellers.

She said officers recruited from the suburbs sometimes have problems, coming as they may from more affluent and less diverse communities in the suburbs into the city where they have to interact with lower-income, impoverished residents, and more diverse residents.

“If you don’t understand who you’re policing, you’re not going to be effective,” May said. “I was raised in North Philadelphia. I know how to deal with the people. I also (know how to) deal with people not of color.”

She said the friction caused by improper interaction can deepen mistrust between all cops and the community.

“I feel like everybody looks at cops as bad (Black and white),” May said.

Veteran activist and former homicide detective Williams-Coleman, having watched the arc of progress in the past as a member of the Guardians, is unfazed by the current uproar over police. But, she said she understands what the officers are going through.

“They feel caught in the middle,” Williams-Coleman said. “The community is lumping them in one basket ... There are good officers. But you have bad people, not doing the right thing.

Williams-Coleman has been inspired by Guardian predecessors like founder Alphonso Deal, who took on the volatile, head-bashing Philadelphia former police commissioner and mayor Frank Rizzo, going toe-to-toe with him during his notorious reign. Rizzo had much to do with Philadelphia’s long history of police brutality and an earlier decline in Black police officers on the force, according to reports from the time.

Even with the reassuring memories of her predecessors in mind, Williams-Coleman indicated that policing cannot be a one-sided coin. She said the community must bear part of the burden as well by learning to cooperate with police.

She said as a homicide detective for 16 years she sometimes witnessed roadblocks to investigations when the community — afraid of retaliation — refused to cooperate.

Williams-Coleman said the community and officers must work hand-in-hand to ensure that residents do not become prisoners of fear in their homes.

While on one side there needs to be an effort among police to encourage the “outing” of bad cops within the department; on the other side, she said, there needed to be an attitude encouraging community members to “out” criminals in the community.

Authorities said they believe that such “transparency” and “accountability” deepens the police-community trust and reduces the frictions that produce low morale on both sides — in the community and in the department.

While she said she knows achieving such trust can be problematic — with both sides fearing retaliation, cops from their own and the community from their own — she believes it is the kind of change that is necessary.

“It takes courage,” she said, paraphrasing Barack Obama — “If you want change, be the change!”

“You can’t just sit on the sidelines.”

Besides believing strongly in transpency, de-escalation training, and accountability, she believes police should be more “guardians” of the community than an occupying force that primarily nurtures “warriors.”

“We need to get back to community policing,” she said.

“I’m not a proponent of the (widely-used) phrase ‘defund the police,’” she added. “The department needs body cams, cars ... “(Good policing) costs money.”

Williams-Coleman said she believes the current presidential administration will be important in helping her membership change current police abuses and helping to bring about the necessary reforms that will help improve police-community relations and improve morale.

It was because of this belief that, last fall, she became outraged at the national FOP’s endorsement of the Trump presidential ticket without a membership vote.

At a news conference in October 2020, she called with other officials in front of Guardian headquarters, she blasted Trump supporters in the National Fraternal Order of Police for overlooking Black police support for candidates Joe Biden and Kamala Harris.

“Our voices were ignored,” Williams said at the news conference, also attended by her predecessor Rochelle Bilal and firefighters who joined in the protest, “We are tired of all the hate and division of this Trump administration.”

In the meantime, the recently widowed, retired homicide detective has had to field a barrage of questions following protests and riots against police in Philadelphia in the wake of the police killing of 27-year-old black Philadelphian Walter Wallace.

Nationally police are now bracing for a bipartisan police reform bill being drawn up by U.S. Republican Senator Tim Scott and Democratic Senator Cory Booker. President Biden has said he wanted the bill on his desk for signing by May 25th.

“It’s a perfect storm,” said one Philadelphia police union official of the “confluence” of the civil unrest, the pandemic. as well as national legislative measures for police reform.

But change may be in the wind.

Police are bracing for a bipartisan policing reform bill being drawn up by U.S. Republican Senator Tim Scott and Democratic Senator Cory Booker. President Biden has said he wanted the bill on his desk for signing by May 25th.

Police indicate that the “perfect storm” may already be producing a possibly unwanted change locally.

Demographic numbers show officers are retiring in greater numbers than in the past in Philadelphia.

Since the beginning of the year, more than 79 Philadelphia officers have been accepted into DROP, compared to 13 accepted during the same time period last year, according to the Associated Press. Signing up means officers intend to retire within four years.

Philadelphia Commissioner Danielle Outlaw has acknowledged “damaged morale” in her city and a “significant increase” in retirements.

In her recent statement to the media she said that many departments elsewhere were also having similar experiences because of a difficult year that had seen a COVID pandemic and unusual eruptions of civil unrest.

Because of such problems, police are reportedly operating in the city short 226 personnel. When fully-staffed, the department has 6,380 officers compared to the 6,112 it has currently, police said.

Williams-Coleman is unfazed by the combustible atmosphere.

Speaking from her office on West Girard Avenue, the Harlem native views the current crises as opportunities to seize the moment rather than complain.

“I’ve always been a fighter,” she said with typical optimism. “I’m going to be in the fight!”