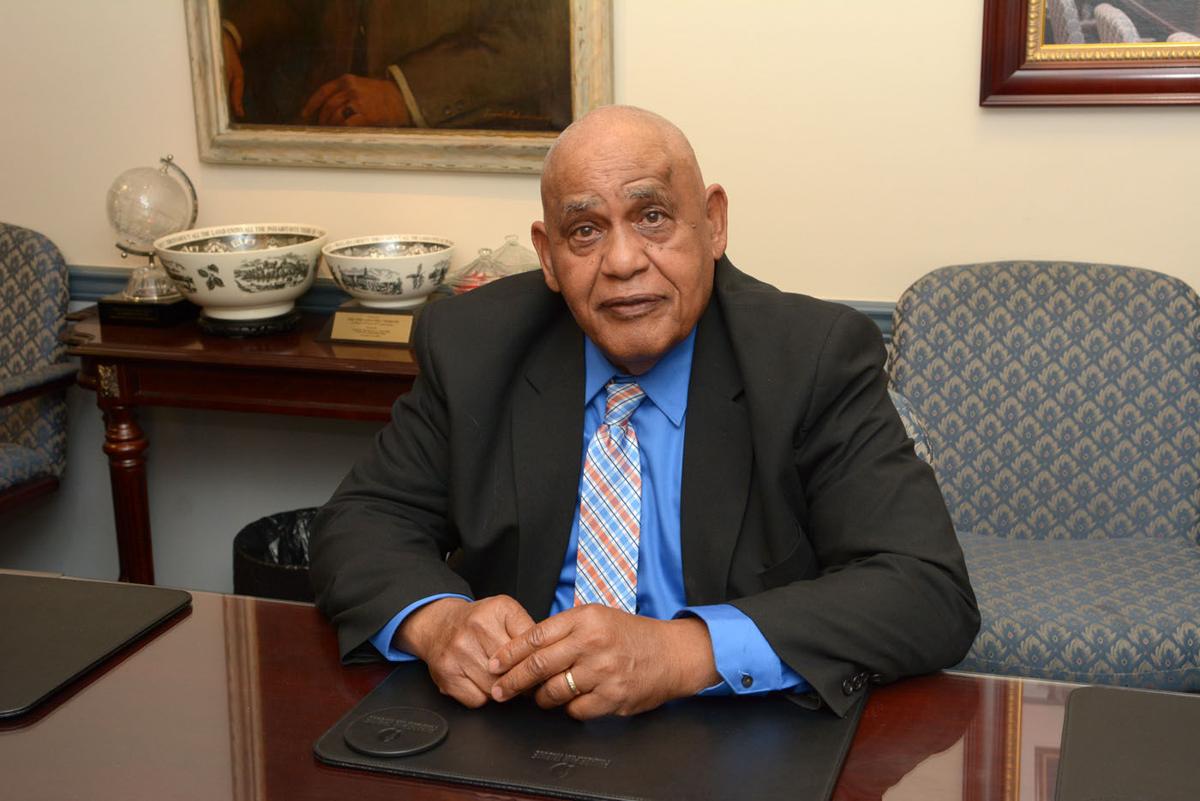 Milton Street has announced his intent to run again for mayor of Philadelphia. — Tribune File Photo 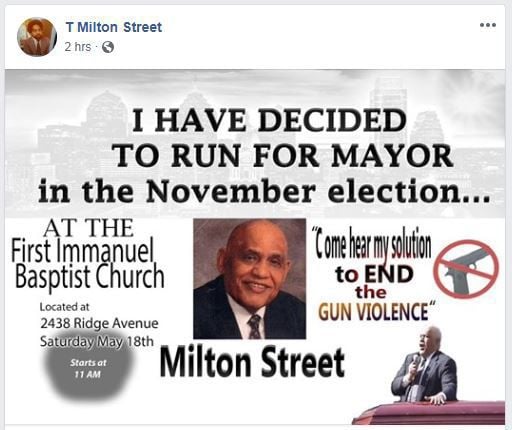 Milton Street has announced his intent to run again for mayor of Philadelphia. — Tribune File Photo

“I have decided to run for mayor in the November election,” Street’s post said.

He promised to announce his plan to end gun violence during a forum starting at 11 a.m. Saturday at First Immanuel Baptist Church, 2438 Ridge Ave.

Street, a regular on the campaign circuit who has sought elected offices as a Republican and a Democrat, did not indicate in his Facebook post what party ticket he would run on.

With the primary set for May 21, he has joined the race too late to run as a Democrat or Republican. So he would have to launch a write-in campaign to run in either party.

Street could get on the general election ballot as a third-party candidate, if he is not registered with either major party and files nominating petitions with 3,226 signatures by Aug. 1.

Street, the brother of former Mayor John Street and the uncle of state Sen. Sharif Street, began his career as a hot dog vendor.

He has sought election to City Council, the mayor’s office, the state House, the state Senate and Congress during election cycles — except for when he was in prison.

When he does officially enter the race, this will be Street’s fourth run for the mayor’s office in the last 12 years. He briefly campaigned for the office in 2007 before he withdrew to run for an at-large seat on the City Council. He lost in 2011 to then-incumbent Mayor Michael Nutter but secured 25% of the vote.

The results of the 2011 election convinced Street that he had enough clout to run again in 2015, when he was one of six candidates in the Democratic primary. Kenney won with nearly 56% of the votes, Williams was second with 26.13% and Street came in last at 1.63%.

Street unsuccessfully challenged Congressman Bill Gray in 1982. He then lost his re-election as state senator in 1984.

In 2008, in between mayoral campaigns, Street was convicted of three counts of tax evasion for 2002 through 2004. He was sentenced to serve 30 months in federal prison.

Street lost big as a Republican to Democrat Malcolm Kenyatta in the 2018 general election for the 181st District seat in the state House. Street collected just 1,050 votes, or just under 5%, compared with his rival’s 21,382 votes.

During his most recent campaign for the state House, Street told The Philadelphia Tribune that he has been working as an Uber driver.

Black support for soda tax low, according to poll

African Americans are sour on the sweetened beverage tax, according to a new poll.

Democratic primary mayoral candidate Anthony Williams, a state senator in the 8th District, has issued a multi-pronged anti-poverty plan that …