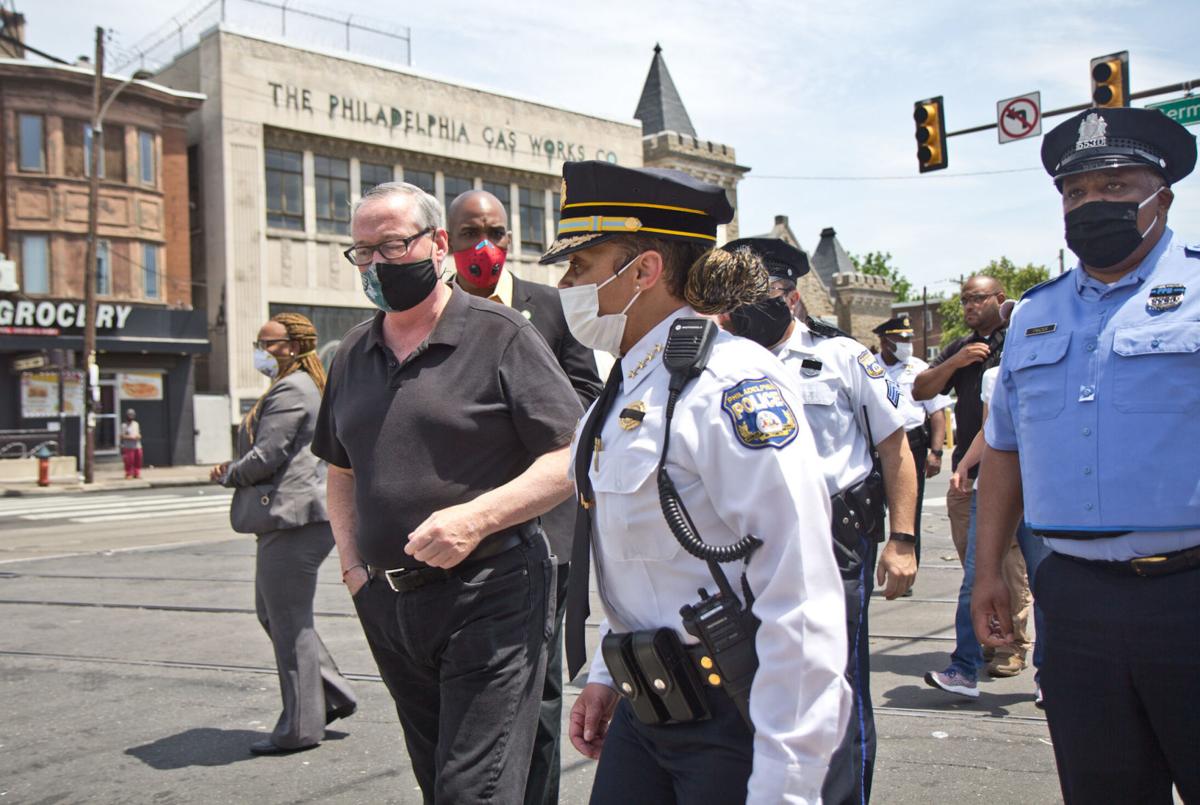 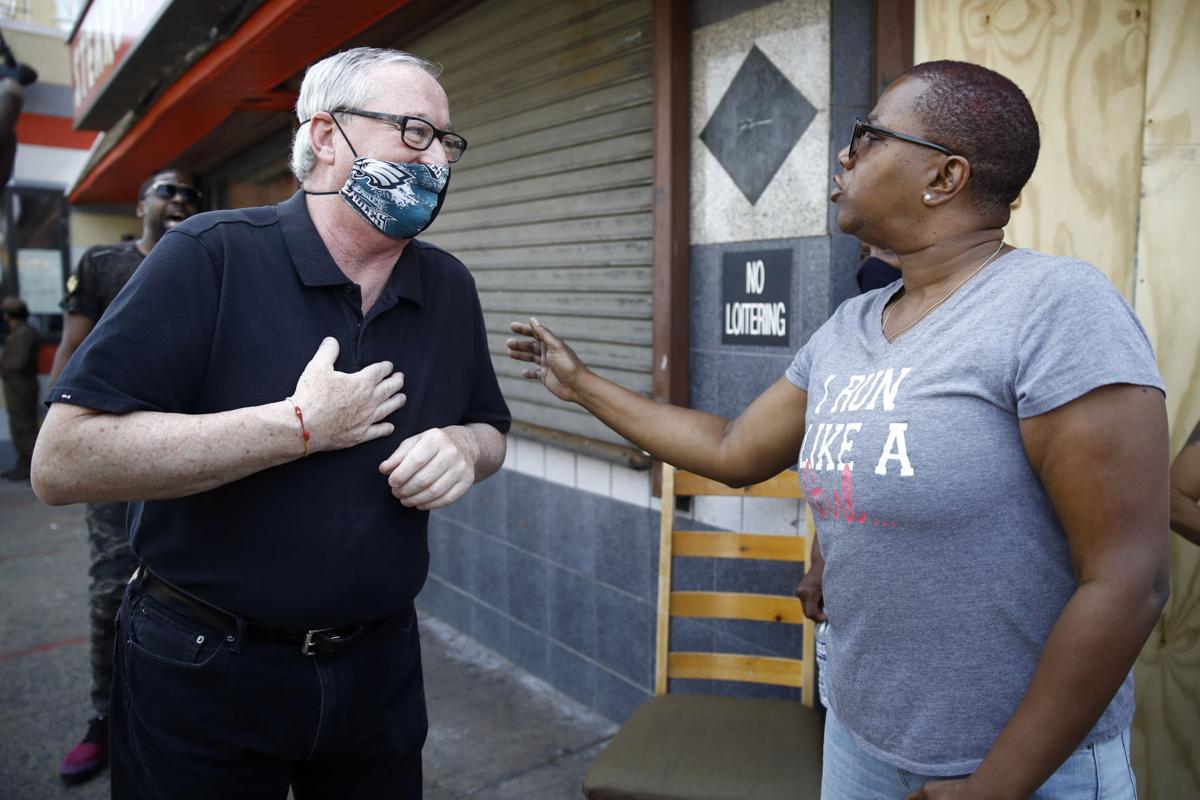 Philadelphia Mayor Jim Kenney, left, meets with a North Philadelphia resident, Thursday, after days of protest over the May 25 death of George Floyd, who died after being restrained by police in Minneapolis. — AP Photo/Matt Rourke

Philadelphia Mayor Jim Kenney, left, meets with a North Philadelphia resident, Thursday, after days of protest over the May 25 death of George Floyd, who died after being restrained by police in Minneapolis. — AP Photo/Matt Rourke

Mayor Jim Kenney will form a steering committee to explore the reconciliation of structural issues affecting people of color following days of demonstrations in the city over the police killing of George Floyd and police brutality across the country.

“We, myself included, need to specifically hear the voices of those who have been silenced for far too long: Men and women of color,” Kenney said during a Thursday news conference.

In addition to exploring reforms to the criminal justice system, the committee will take on “structural violence,” including pervasive poverty, Kenney said. The committee will focus on reconciliation, understanding and listening.

“We pledge to do better,” he said, adding that the city’s move toward the reconciliation was “long overdue.”

The steering committee will be made of civic and faith leaders, leaders of community groups, youth groups, and members the LGBTQ community, among others.

Among those named to the steering committee was Sarah-Ashley Andrews, who pledged to “hold the administration accountable for what they would say they would do.” Andrews is the founder of Dare 2 Hope, a city based nonprofit that works to prevent suicide among young people.

Carl Day, a Black North Philadelphia pastor, also was tapped to sit on the committee, according to WHYY.

“These people know that we’re serious about truth,” he told WHYY. “They know that we’re definitely willing to be transparent, and we’re looking for results. Ultimately, that’s how we reconcile.”

The mayor said the formation of a committee was a direct result of the demonstrations, looting and civic unrest that have roiled the city since Saturday following the killing of Floyd, an unarmed Black man, by a white Minneapolis police officer.

Kenney said his abrupt decision this week to remove the 10-foot-tall bronze statue of Frank Rizzo from the front of the Municipal Services Building was part of the reconciliation process.

Rizzo, the former police commissioner and mayor, terrorized African Americans and oversaw a department rife with police brutality during his time in office during the 1960s and 1970s; his supporters remain overwhelmingly white.

Protests continued on Thursday for a sixth consecutive day as a curfew was set again starting at 8 p.m.

Ryan Boyer, another member of the steering committee and business manager of Laborers’ District Council of Metropolitan Philadelphia & Vicinity, said the committee would work to bring about the calls of demonstrators in the city.

“This group can be a conduit to the administration and to City Council to see that Philadelphia moves forward and can be a beacon of hope to the rest of the country as to what they should be doing,” Boyer said.

`Get your knee off our necks!': Floyd mourned in Minneapolis

MINNEAPOLIS — Hollywood celebrities, musicians and political leaders gathered in front of the golden casket of George Floyd at a fiery memoria…

CCP teach-in looks at where to go from here

The last six days of protests and marches have been about more than George Floyd, Community College of Philadelphia assistant professor Anyabw…

As many across the city rejoiced in the removal of the Frank Rizzo statue in Center City, there is at least one Philly politico who was not pleased.

Some of the last vestiges of the Rizzo name are disappearing from the Philadelphia landscape.

A call to rename Philly street named for slavery defender

The Frank Rizzo statue has fallen.

Outlaw grilled over police response to Floyd protests in Philly