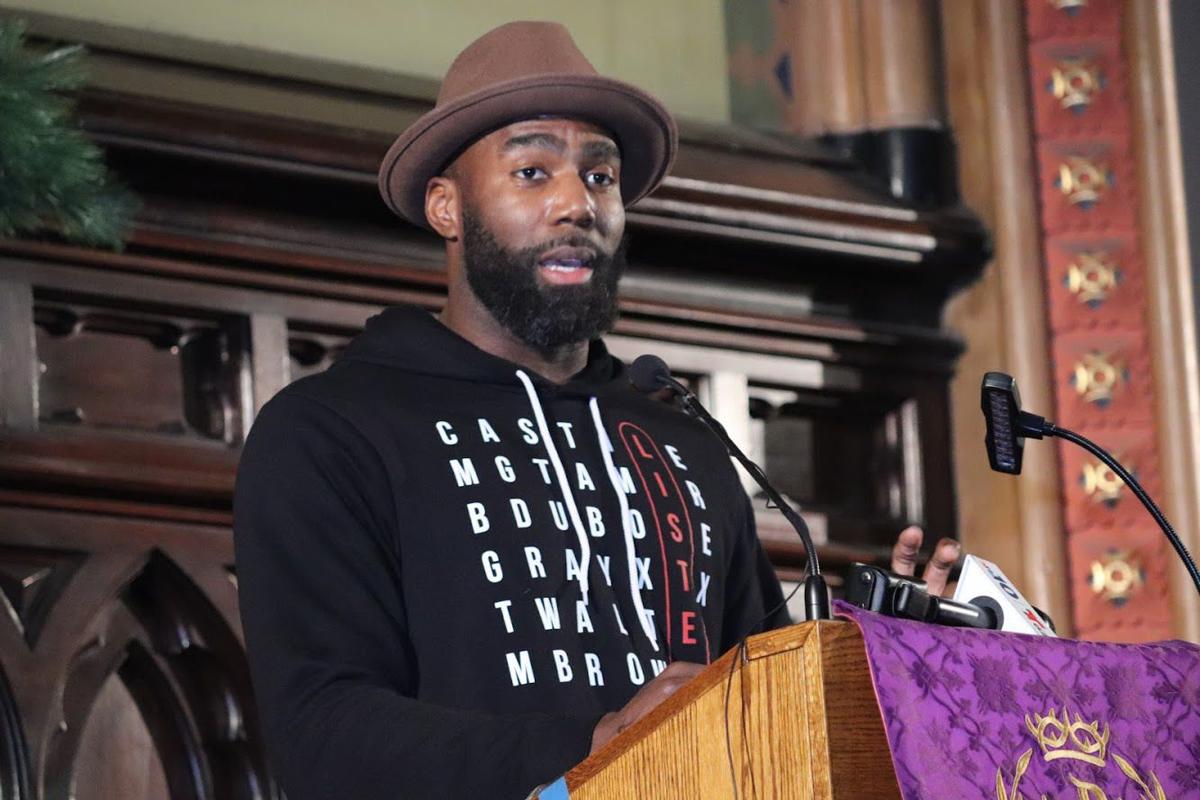 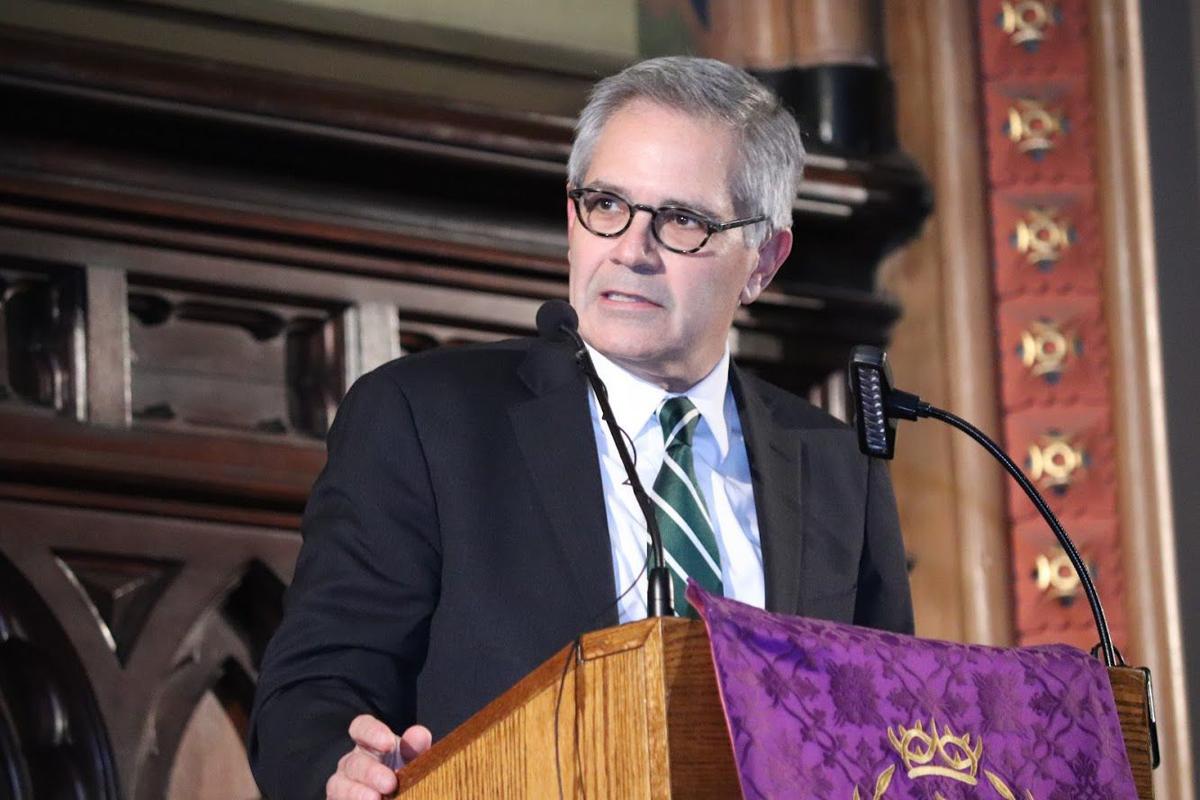 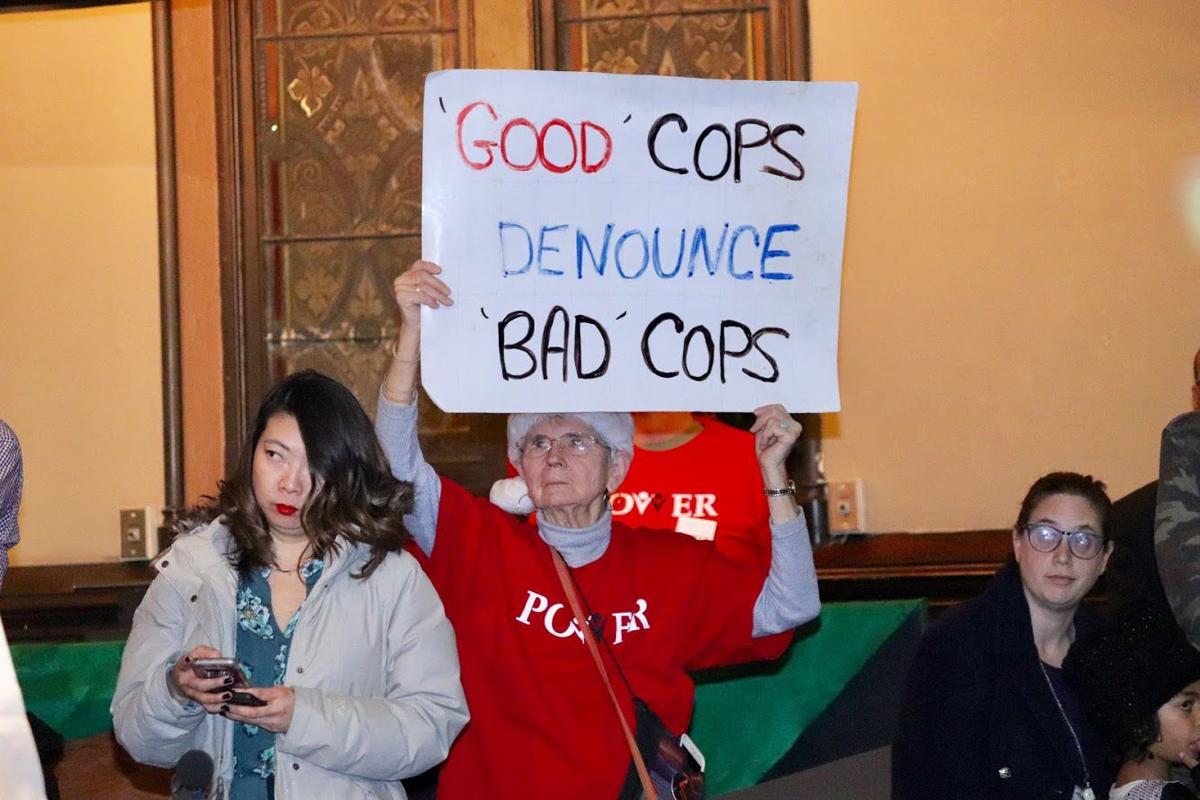 As the search for a new Philadelphia police commissioner winds down, some are worried the process has not been as transparent as city administrators promised. The Rev. Mark Kelley Tyler, pastor of historic Mother Bethel AME, is among that group.

Tyler and others gathered inside the Arch Street United Methodist Church on Monday night after they delivered 1,776 letters from city residents urging the mayor to be more transparent in the search for the next police commissioner and in the new collective bargaining agreement between the city and the police union. The current contract expires next year.

“I recognize that this is a personnel decision and that there is a sensitivity that goes with with it,” Tyler said. “But at the same time, because of the stakes that are on the table, there has to be some kind of consideration. There are certain things that you can say. But we’ve heard nothing. You have to find a way to strike that balance and I don’t think that the administration has even tried.”

More than 200 people braved the wintry weather to join the rally, which started earlier in the afternoon with the letters being delivered to Kenney’s office. Organized by Color of Change in partnership with residents, advocates and organizations across the city, the group included Philadelphia Eagles captain and Players Coalition founder Malcolm Jenkins, District Attorney Larry Krasner and Chief Public Defender Keir Bradford-Grey, all making the same demand — that the mayor’s office be more transparent.

The administration has refused to provide any details about the selection. On Friday, Mike Dunn, a spokesman for the Kenney administration, said any disclosure about the process “would not be fair to the candidates” and that it might scare some away a good number of them.

“Whoever the mayor appoints as the next commissioner, they must promise to make major changes in how policing occurs in the city,” Jenkins said. “There can be no tolerance for racism going forward. The commissioner must implement strict policies to limit the impact of racial biases.

“The mayor was elected by a strong majority,” Jenkins added, “but in doing so, we did not elect to be left out of this important process. And there is still time for him to rectify that.”

The coalition has several key issues they want to see addressed: They are seeking an independent, civilian-run police oversight agency that is “adequately funded and ensures transparency and accountability in the way the police department operates, reforms to the “broken grievance arbitration process system that reinstates police who violate the Philadelphia Police Departments Disciplinary Code,” and end to the policy of “stop and frisk, both pedestrian and vehicular stops) that discriminates against people of color.”

Bradford-Grey said the actions of some police in the city, under the guise of “public safety,” have created a false narrative coming from police.

“I don’t know about you, but I don’t feel safer with what’s been going on,” she said.

Former Philadelphia Police Commissioner Richard Ross handed in his resignation after two African-American female police officers filed a lawsuit that alleged he and other department leaders failed to address their complaints of sexual harassment and discrimination.

Ross’ resignation came as the police department was reeling from a report that exposed more than 320 Philadelphia officers who apparently made racist, sexist, violent or otherwise offensive posts on social media. Four officers were fired and 11 more resigned before they could have been thrown off of the force.

In October, Krasner charged longtime police chief inspector Carl Holmes with sexually assaulting three female police officers. Krasner said Holmes used his rank — first at the police academy, later elsewhere in the department — to present himself as a mentor to young female cops and then took advantage of them.

And last week, acting Police Commissioner Christine Coulter promoted three officers who have been accused of misconduct — Thomas Tolstoy and Cindy Caine from officers to sergeants and Edward Pisarek from sergeant to lieutenant.

Tolstoy was subject of federal and local investigations as one of four narcotics officers accused of lying about evidence on search warrants and stealing form corner stores more than a decade ago.

Caine was arrested at a restaurant in Indian Rocks Beach, Florida, in April in connection with a domestic battery incident.

Pisarek was one of the officers whose social media posts were exposed by the Plain View Project.

“The next commissioner will have the critical task of repairing the harm created by officers who abused their power,” Jenkins said. “The mayor must listen to the community as he makes his selection, and he must hire someone who promises not to tolerate those on the force who believe they are above the law. The safety of our neighborhoods is at stake.”

Philadelphia is not the only major city searching for a new chief of police.

In Chicago, new Mayor Lori Lightfoot abruptly fired top cop Eddie Johnson weeks before he was scheduled to retire, after he was found asleep behind the wheel of his car after having several drinks. In an effort to be transparent in the process of replacing Johnson, the Chicago Police Board is conducting community listening sessions.

Economic investment, not arrests, will save Kensington from drug violence, say researchers who lived there

The sun had just set on a block in the heart of Kensington’s open-air drug market, where anthropologist Philippe Bourgois was recording an int…

Three Philadelphia police officers with a history of misconduct received promotions with the backing of the police union’s president this week.