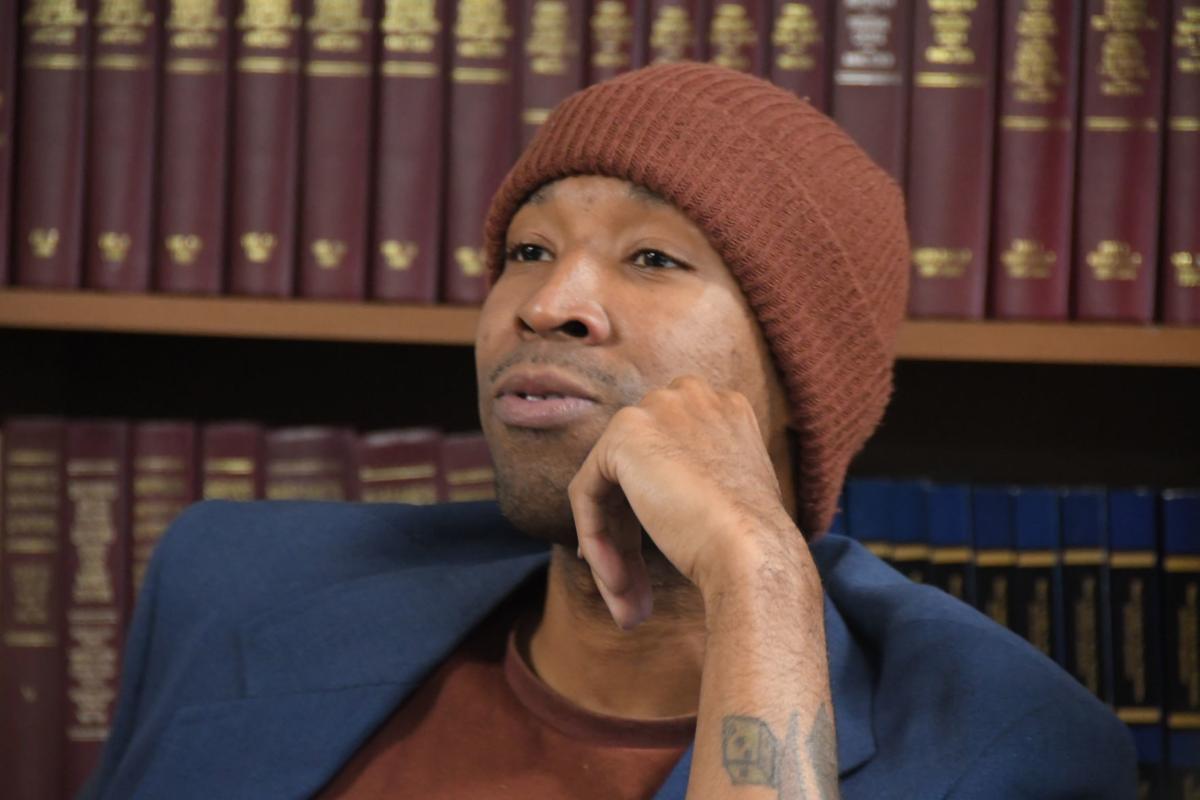 Maurice Hudson, who was locked up after he was unable to pay $1,900 in court fees and fines, is free on parole pending a hearing. 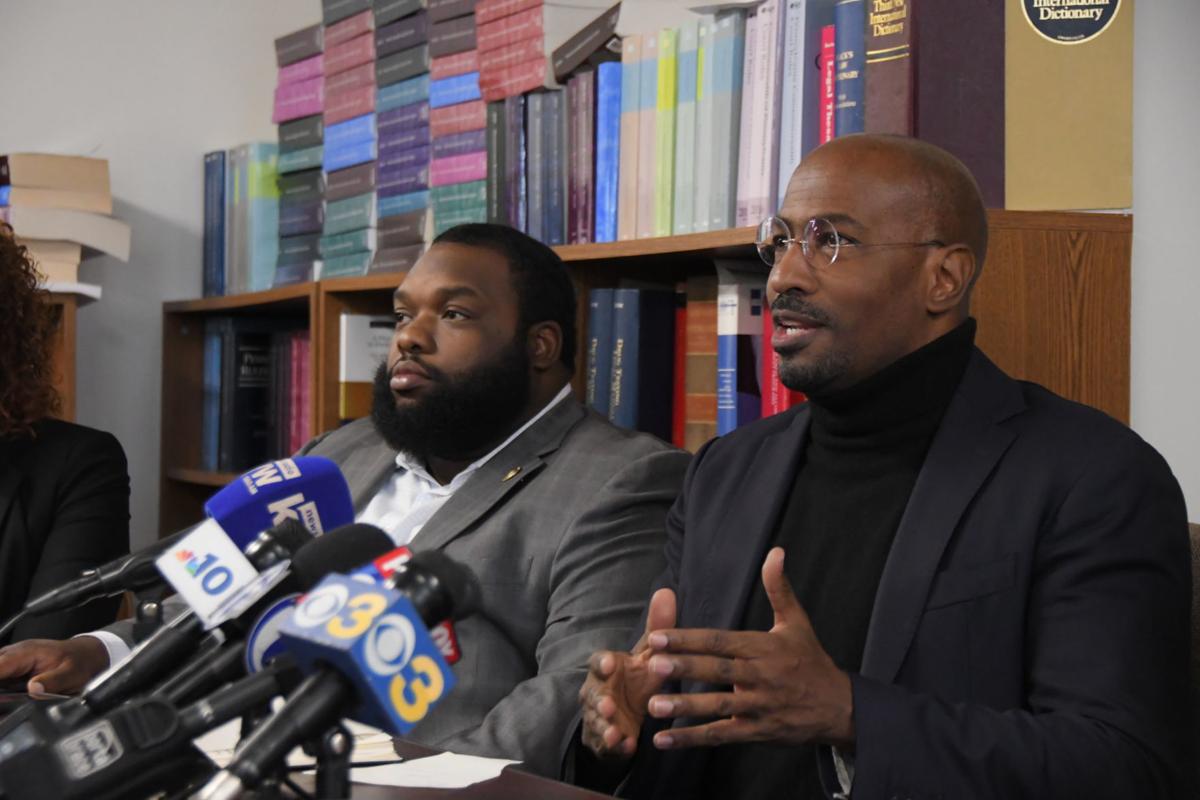 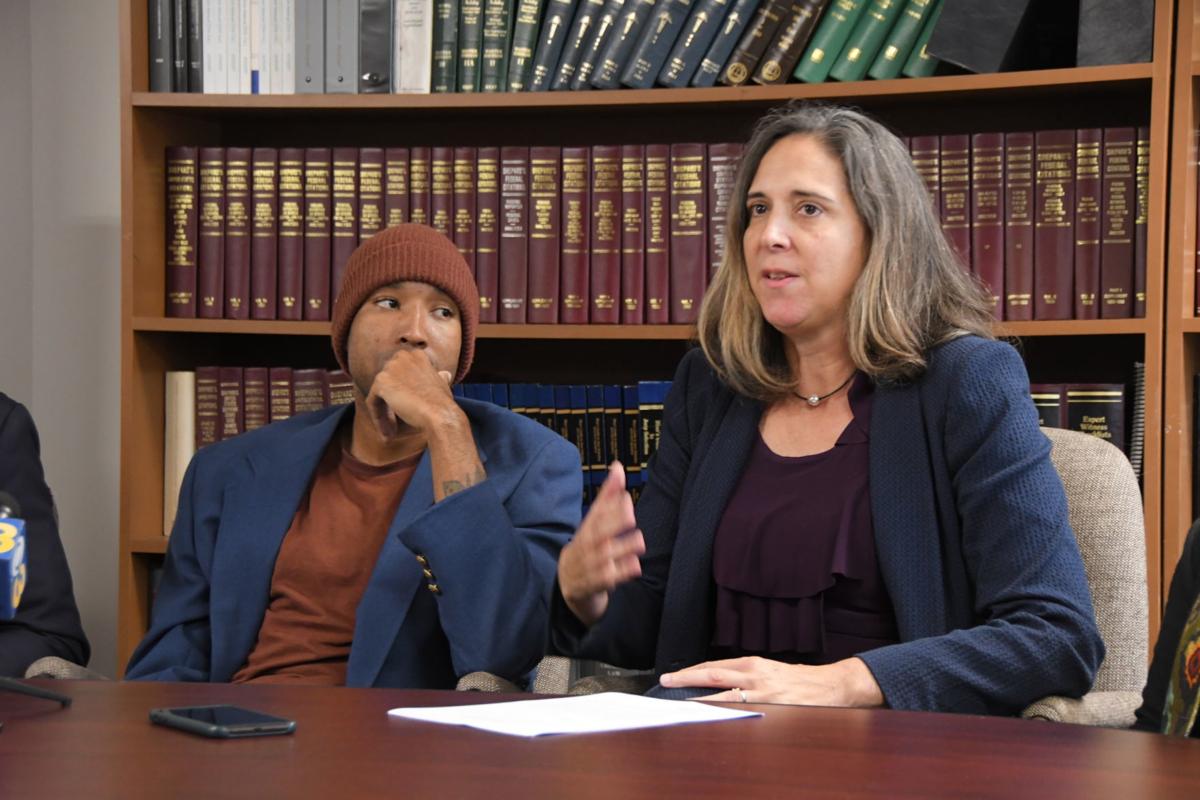 Maurice Hudson, locked up since February for failure to pay $1,900 in court fines, is free pending appeal. To his left is his attorney, Cheryl Brooks of the Defenders Association of Philadelphia. — PHILADELPHIA TRIBUNE PHOTO/ABDUL R. SULAYMAN

Maurice Hudson, who was locked up after he was unable to pay $1,900 in court fees and fines, is free on parole pending a hearing.

Maurice Hudson, locked up since February for failure to pay $1,900 in court fines, is free pending appeal. To his left is his attorney, Cheryl Brooks of the Defenders Association of Philadelphia. — PHILADELPHIA TRIBUNE PHOTO/ABDUL R. SULAYMAN

Locked up since February, Maurice Hudson was facing up to three years in prison because he couldn’t pay $1,900 in outstanding court costs.

This changed on Friday morning when the Pennsylvania Supreme Court freed him, pending appeal, calling the sentence an “egregious error.”

Less than two hours after he as released from SCI Phoenix, Hudson sat with lawyers and supporters who helped arrange his freedom. The group included his lawyer, Cheryl Brooks from the Philadelphia Defenders Association; CNN analyst Van Jones, who was representing the Reform Alliance; state Rep. Jordan Harris; and lawyers from the ACL, all of whom played a role in securing Hudson’s release.

“Maurice was in jail because he is poor and for no other reason,” Brooks said. “That is what we talked about when we first met. It is exactly what the Supreme Court said, that is egregious to lock people away for no other reason than their financial hardship.”

“This is not just about getting on person home and getting rid of a bad judge; we’ve got to get rid of some of these bad laws,” Jones said. “We are in a position in Pennsylvania where legislation is in position to be passed this year, thanks to Jordan Harris, so that this doesn’t ever have to happen again. If we don’t want this to happen again, we have to change the law.”

Jones was referring to House Bill 1555, which would prohibit the imprisonment of individuals because they are unable to pay their fines.

“It codifies that we will have a prohibition on putting people back in prison simply because they cannot pay their court fines. And this is costing Pennsylvanians because the money spent to keep people like Maurice, who have not committed a crime, could have gone to other things like schools, fixing potholes,” Harris said. “We are wasting tax-payer dollars, but most importantly we are wasting human capital in prison because people can’t afford to pay fines.”

Hudson is the father of three children, two of whom are girls with special needs.

He has struggled to find steady work. Most recently, he was working as a janitor earning about $600 per month and struggling to make ends meet.

In 2018, Hudson was jailed for six months because he’d fallen behind on his $350 per month child support payments. At the time, he said he had trouble making those payments because he could not come up with the cash to pay off court costs.

He was sent back to prison in February when Philadelphia Common Pleas Court Judge Genece Brinkley found the 29-year-old in “technical” violation due to his inability to pay the fines.

Brinkley is the same judge who kept rapper Meek Mill on probation — including multiple stints in jail — for more than a decade before a state appeals court decided this summer to overturn gun and drug charges from 2007.

Last month, Mill and billionaire Michael Rubin, who is part-owner of the Philadelphia 76ers, visited Hudson in prison. Rubin paid the updated $2,148.59 in court costs to spring Hudson.

“It means everything to be going home,” Hudson said. “That was the worst part of being incarcerated — being away from my family and my kids. Without me being at home, it makes things very difficult on their mother because we are a team.”

Hudson thanked Rubin and Mill for helping him.

“This happened to me and it’s happening to others,” Hudson said before he left to meet with his family. “No one should have to go through this.”