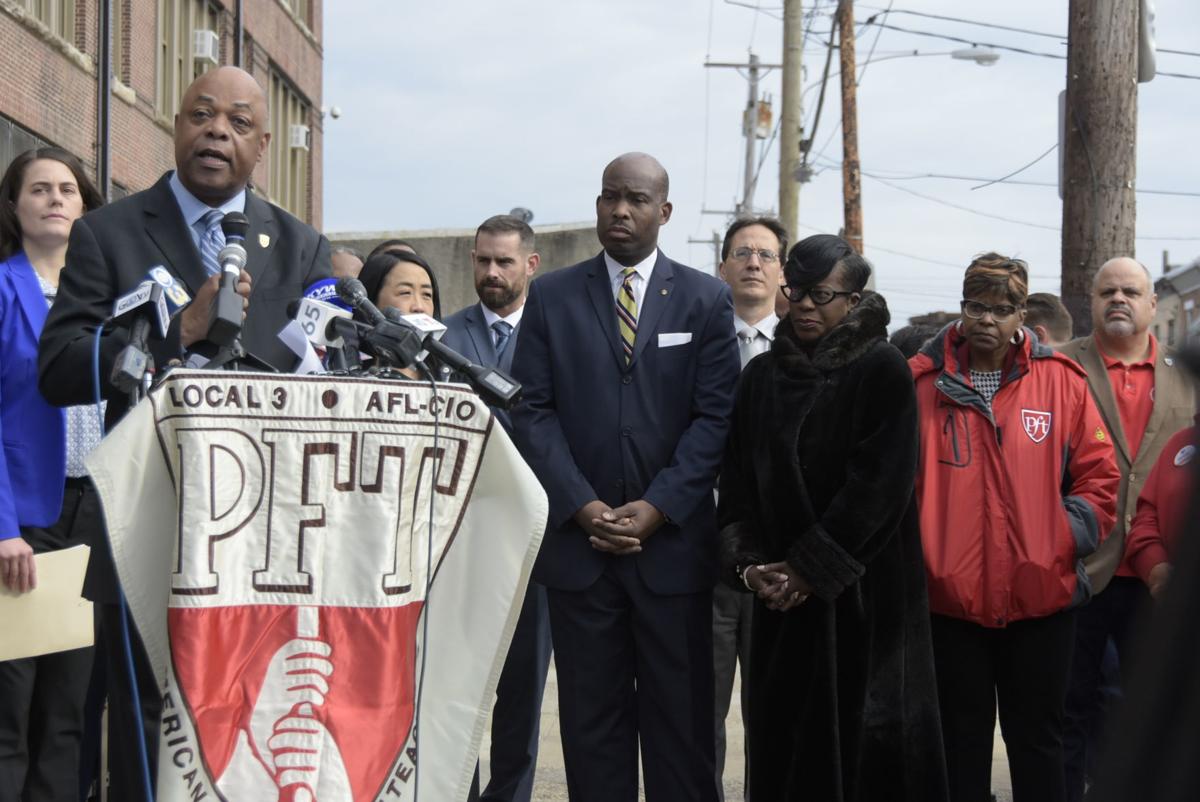 Philadelphia Federation of Teachers President Jerry Jordan, left, and other leaders across the city and state are part of a broad coalition of leaders seeking to $170 million to make critical improvements to Philadelphia school buildings. 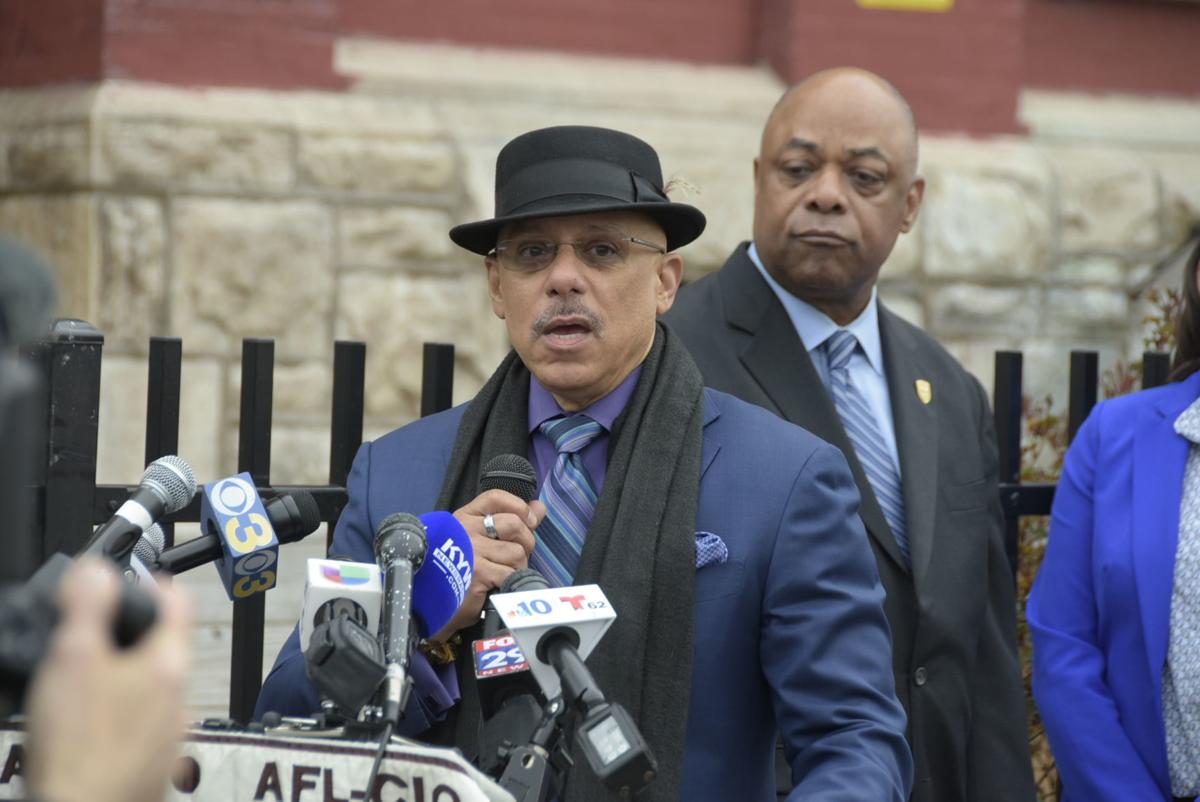 Philadelphia Federation of Teachers President Jerry Jordan, left, and other leaders across the city and state are part of a broad coalition of leaders seeking to $170 million to make critical improvements to Philadelphia school buildings.

In front of South Philadelphia’s Francis S. Key School legislators and education activists announced a coalition that is proposing to secure an investment of $170 million for Philadelphia schools in need of critical repairs.

The Fund Our Facilities group intends to pull together money from the local, state and federal governments — and from donors — to help remediate buildings in the School District of Philadelphia.

“This is a priority,” said state Sen. Vincent Hughes (D-Philadelphia/Montgomery). “We will work with whomever we have to work with to get the money from whatever source that would be.”

“From the House side we talked about funding and how do we do this and in a responsible way,” Dawkins said. “Hopefully we’re able to secure the funding we need to have a predictable funding stream for facilities and programming.”

Half of the school district’s buildings are over 70 years old.

Key was built in 1889 and the last time it was renovated was 1917. It would cost approximately $8.7 million to repair the K-6 grade school, according to the district’s Facility Condition Assessment report.

The district is currently in the process of lead paint stabilization of 30 buildings. Two years ago the district estimated that it would cost approximately $5 billion to fix the overall repairs needed in its schools.

Philadelphia Federation of Teachers President Jerry Jordan said he understands that the millions of dollars needed in deferred maintenance cost to fix schools is daunting, adding, “I’m confident that the Fund Our Facilities coalition will continue to grow until state and federal legislators realize the urgency, the crises facing our schools.”

When asked if he thought the $170 million was enough, Kenyatta replied,” Oh hell no, it’s definitely not enough. It’s a drop in the bucket, but there are some problems that are so chronic and so dangerous that we have to deal with them right now.”

Officials: 'We need to invest in our school buildings'

A new bill in the Statehouse would require every school district in Pennsylvania to test for radon and inform parents of the results.