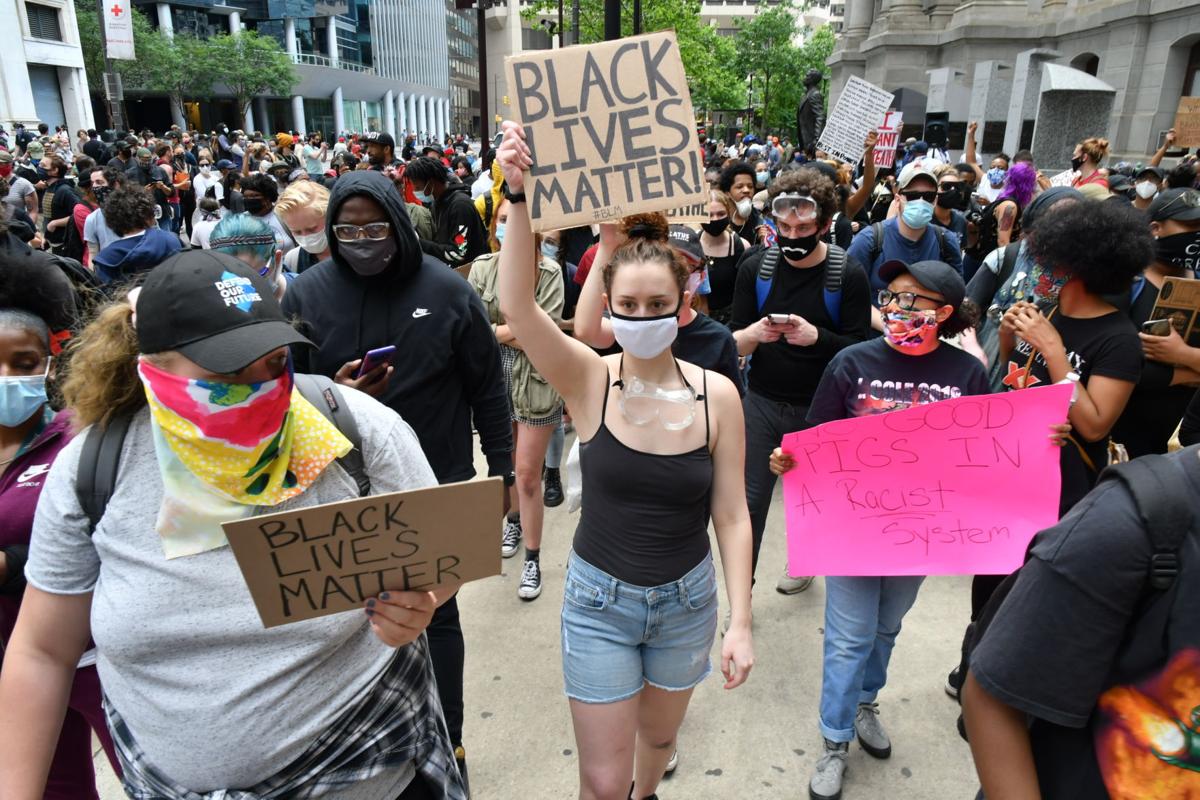 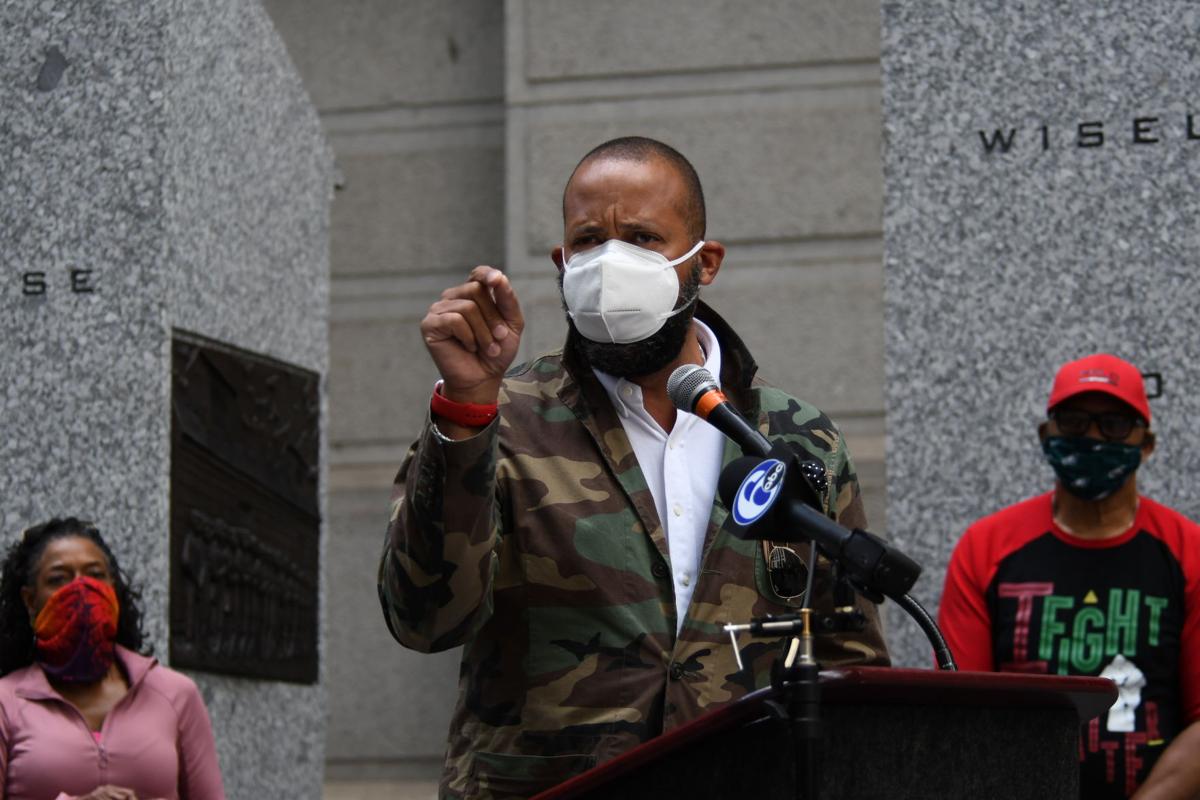 Rev. Marshall Mitchell speaks during a rally held in front of City Hall on Monday. 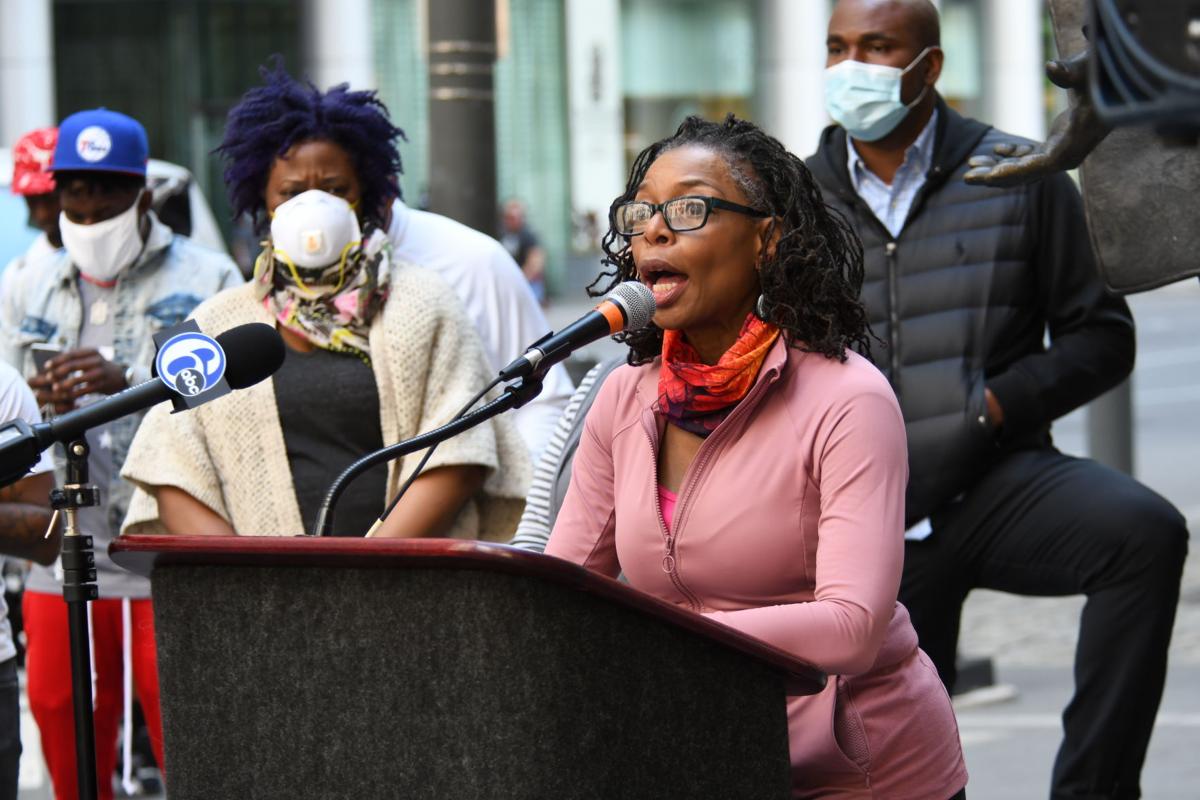 Rev. Marshall Mitchell speaks during a rally held in front of City Hall on Monday.

Civil rights activists rallied in Center City for a third day Monday to protest police brutality and the death of George Floyd.

“I abhor violence and destruction, but the destruction that has taken place in the last few days is dwarfed by the years of neglect and destruction visited on Black communities around the country by redlining, underfunded schools, low wage, dead end jobs and inadequate health care,” said Sandra Dungee Glenn, a member of the Philadelphia Community Stakeholders, as she stood at the base of the Octavius Catto statue.

“Without justice, there will be no peace, and justice must be reflected in every aspect of our lives. Justice means attacking the systemic racism of police abuse and murder, education inequality, social and economic injustices and deep poverty.”

Glenn continued: “Our survival is being threatened and it will take immediate direct action to prove that Black lives matter.”

Glenn and other community leaders called for the four white Minneapolis police officers involved in the killing of Floyd to be arrested and charged with murder. Floyd, a Black man who was unarmed during his interaction with the officers, died after former Officer Derek Chauvin knelt on Floyd’s neck for nine minutes and ignored his cries of distress.

Glenn noted that Philadelphia is set to negotiate a new contract with its police union over the next year.

“The contract must be changed to make sure that when officers are found to have abused, threatened or taken the life of a citizen they have sworn to protect, they will be removed quickly or permanently from our police force,” Glenn said.

“African-American citizens have a right to be protected and served — not controlled and contained.”

Latifah Fields, president of the National Coalition of 100 Black Women Pennsylvania Chapter, called for the recruitment of more African-American police officers and for all officers to receive implicit bias and excessive use of force training.

Dawud Bey, a member of the Human Rights Coalition, called on Mayor Jim Kenney to immediately end the practice of stop and frisk and to remove the bronze statue of controversial mayor and former police commissioner Frank Rizzo from the front of the Municipal Services Building.

Some view Rizzo as a devoted public servant while to others he represents systemic racism and brutality against minority communities. After protesters covered the statue with graffiti, lit fires at its base and attempted to topple it on Saturday, Kenney said the city would move the statue from its prominent location within the month.

The city had several dozen police officers, including state police, guard the statue on Sunday.

“I want to encourage all of you to as you rise up with righteous anger, that you do not lose the moral superiority that you have by opening doors that have cheap shoes inside that were made in China,” he said.

“Now is not the time for you to throw rocks. Now is not time for you to be deluded by people who do not come from your community. Whether they are on the ruthless right or the loony left, let them know that they will not compromise this moment where we can change America.”

HARRISBURG — Amid protests over George Floyd’s death across Pennsylvania, Gov. Tom Wolf said Monday that he is ordering Philadelphia and five …

PHILADELPHIA — Hundreds of protesters spilled onto an interstate highway in the heart of Philadelphia on Monday afternoon, leading police to f…

Police struggle to keep up with crime, Philadelphians make up majority of arrests

Philadelphia police were struggling to adapt and respond to sophisticated demonstrators coordinating their efforts on Monday.

Dozens gather to clean up West Philadelphia after protests