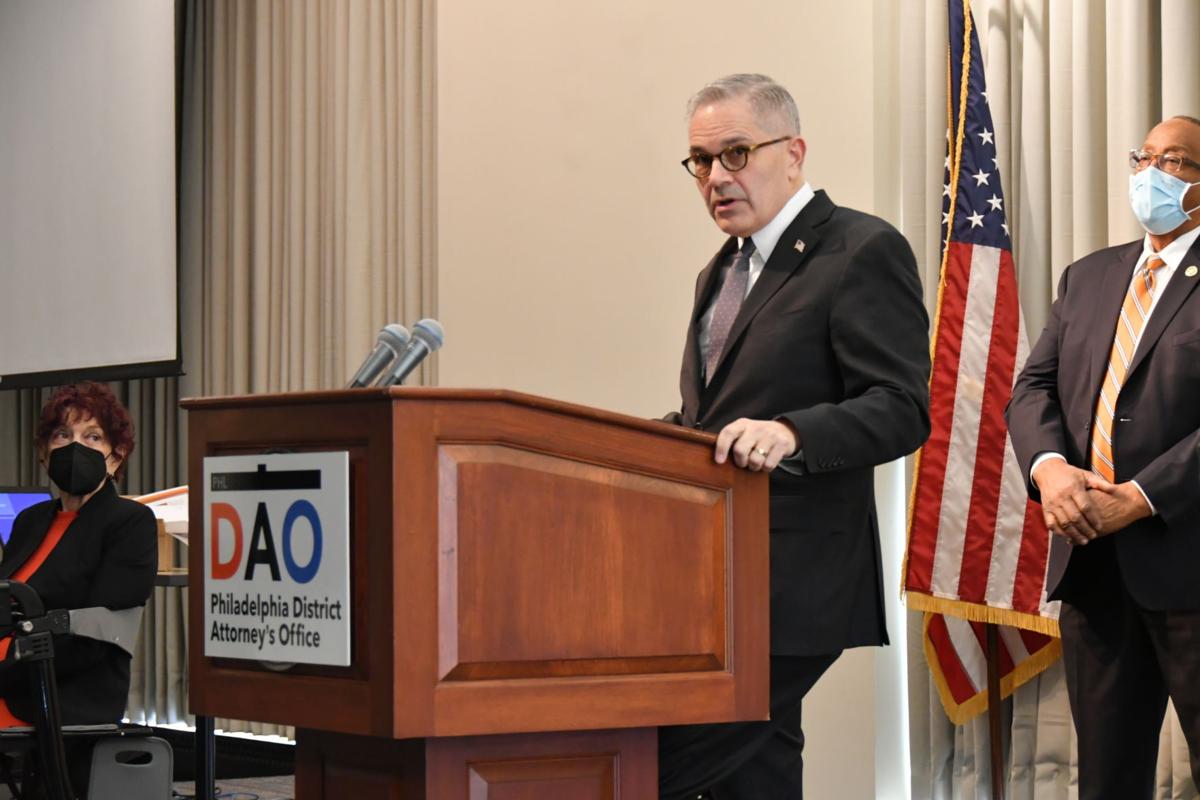 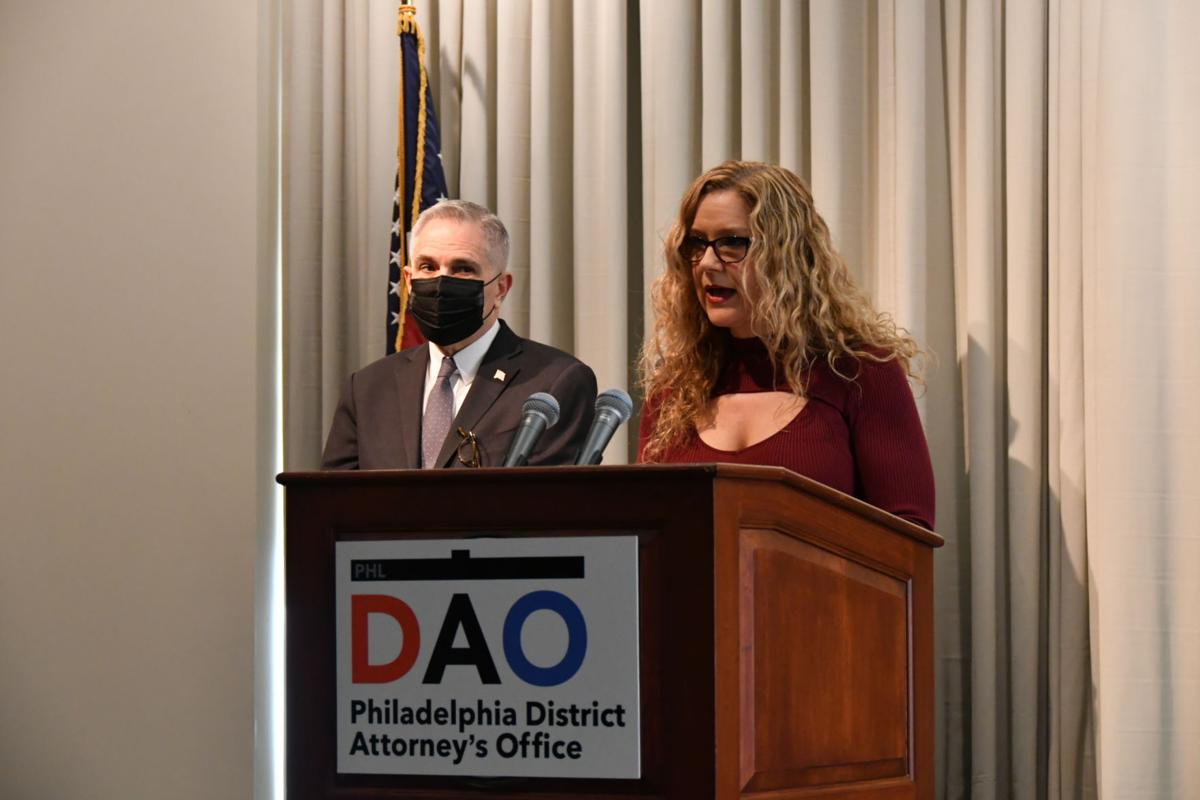 “We cannot emphasize this enough: Without the public’s help, we cannot prosecute these crimes,” Assistant DA Kimberly Esack says. 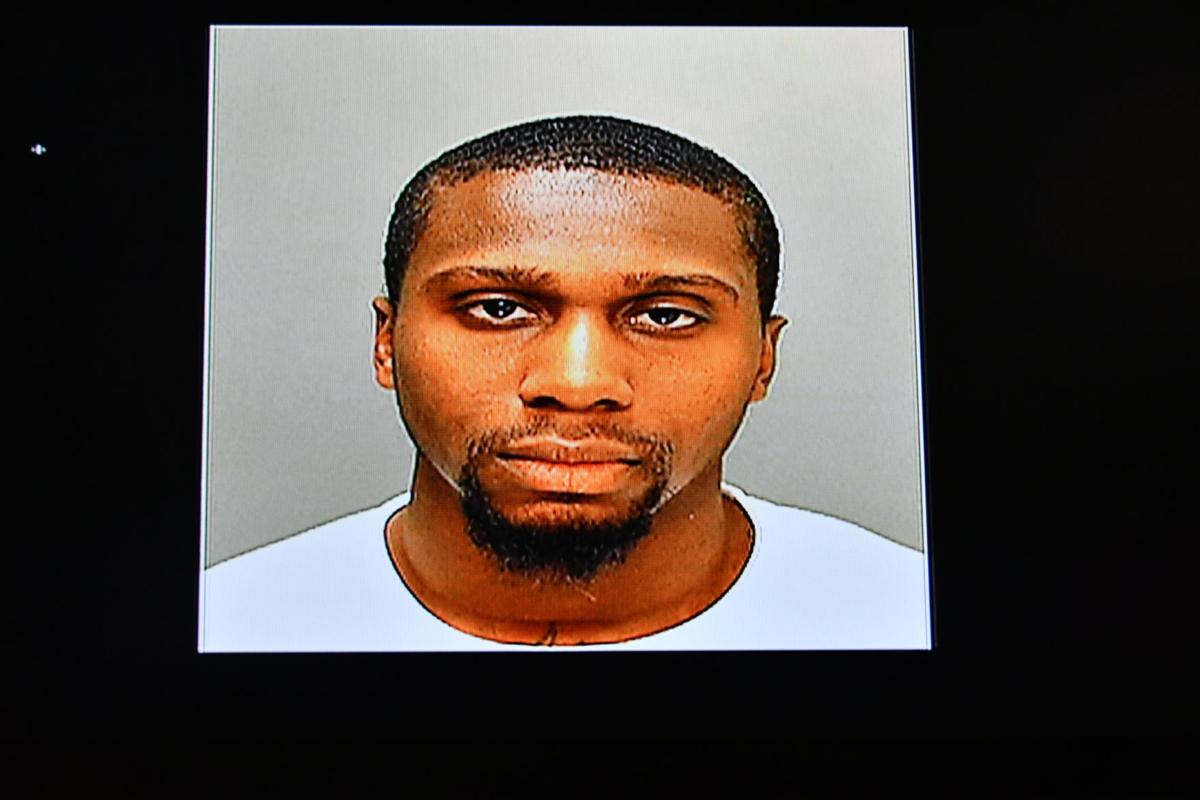 Wahid Redmond alias Matthew Victor Black is the lone person in this illegal deed transfer ring who has not been arrested.

“We cannot emphasize this enough: Without the public’s help, we cannot prosecute these crimes,” Assistant DA Kimberly Esack says.

Wahid Redmond alias Matthew Victor Black is the lone person in this illegal deed transfer ring who has not been arrested.

District Attorney Larry Krasner stood at the podium and talked about the lack of witnesses in criminal cases throughout Philadelphia.

Pointing at the faulty relationship between police and the community, Krasner talked about the low prosecution rate of perpetrators of gun violence. He said the past practice of aggressively using “stop-and-frisk” is a reason for the relationship.

“Police go to every door, knock on the doors, ask if there are any witnesses,” Krasner said. “No witnesses come forward, or there are no witnesses. Sometimes you even have a shooting victim who is not providing information, so we have to use what we have.”

Krasner brought up the DAO recently charging nine people involved in 59 shootings and how they can charge and prosecute more people with more witnesses.

Over the last week, there were 39 non-fatal shootings, 54 aggravated assaults by gun, and 98 robberies.

He said that only one case of homicide by shooting was solved last week, noting that that case could have been well before the week in question.

Krasner and his Economic Crimes Unit, announced the charges of eight people in connection to fraudulently transferring deeds of 17 Philadelphia properties.

The investigation goes back to 2019 and includes empty lots and houses illegally transferred. For example, one of the homes belonged to an older woman who was transitioned into a nursing home, and her Kensington area home was sold illegally. The other properties in this deed theft ring were in South, Southwest, and Northwest Philadelphia.

“The district attorney has made a promise to fight this growing trend of property theft in Philadelphia,” ADA Kimberly Esack said. “And today, we are here to exemplify how he has kept that promise with the arrest of eight offenders alleged to have been participating in a years-long, multi-area deep debt conspiracy to steal properties in Philadelphia.”

Dominic Tisdale, Khalif Hines, Muadh Abdur-Rahmaan and Wahid Redmond were all charged with felonies of conspiracy, multiple counts of theft by unlawful taking, theft by deception, identity theft and forgery.

Redmond, also known as Matthew Victor Black, has not been arrested and remains free. Krasner had a picture of him on multiple digital screens, emphasizing he wanted people to see his face.

“We are using that image for a specific reason. We want him caught,” Krasner said. “We want him to turn himself in, but if he doesn’t turn himself in, we want him turned in, caught and arrested. He is one of the primary players in this conspiracy. He deserves to be accountable in all the appropriate ways. And we also need to protect people from what future scams or scams may be cooking up right now.”

Racquel Daniels was charged with conspiracy, multiple counts of theft by unlawful taking, theft by deception, and one count each of identity theft and forgery.

Tiffany Newkirk was charged with conspiracy, multiple counts of theft by unlawful taking, theft by deception, identity theft and forgery.

“We cannot emphasize this enough: Without the public’s help, we cannot prosecute these crimes,” Esack said. “Law enforcement was able to shut down this deed fraud ring only with the assistance of the public.”