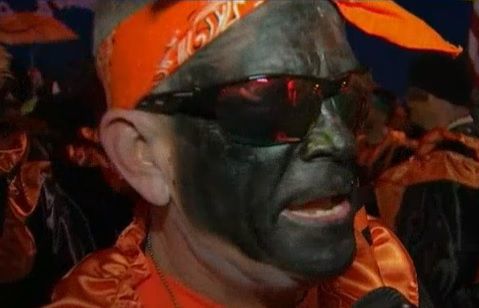 A Mummer whose blackface got his wench brigade thrown out of the New Year’s Day parade in Philadelphia said he was honoring a friend who died. That friend, Mummer Kevin Hinkel told NBC10, wore blackface. — NBC10 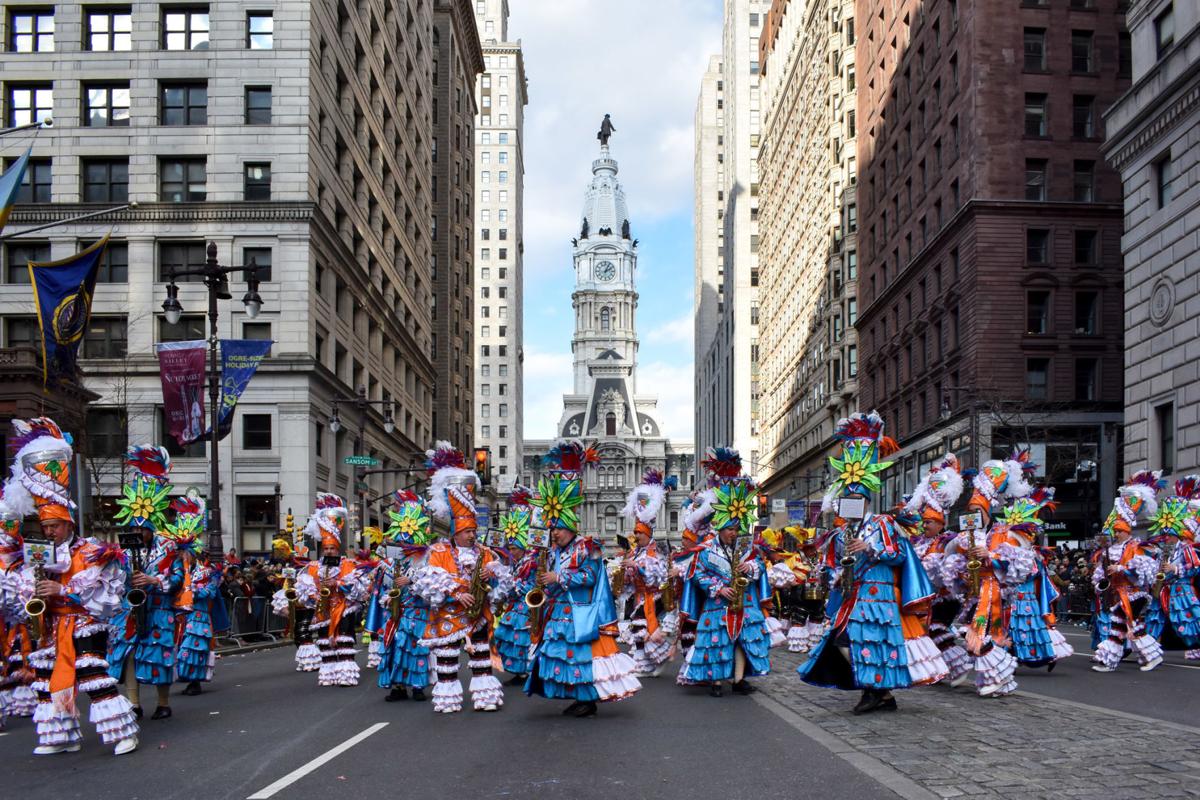 The 2020 Mummers Parade. Most of the parade participants followed city rules and did not wear blackface this year. — Billy Penn Photo/Michael Reeves

A Mummer whose blackface got his wench brigade thrown out of the New Year’s Day parade in Philadelphia said he was honoring a friend who died. That friend, Mummer Kevin Hinkel told NBC10, wore blackface. — NBC10

The 2020 Mummers Parade. Most of the parade participants followed city rules and did not wear blackface this year. — Billy Penn Photo/Michael Reeves

“This parade has an infamous history of using racially and culturally insensitive themes, and the repeated inability of Mummers leadership to control the use of blackface by some participants threatens the City’s continued support for the parade,” Kenney said in a letter to the heads of the Mummers divisions this week.

“Despite your progress in recent years, every time a parade participant mocks our Black community through the willful, ignorant use of blackface, it exacerbates the parade’s association with racism and bigotry.”

Kenney, a former Mummer himself, warned Mummers leadership that if they fail to commit to changes, city officials will consider other alternatives.

“Ultimately, the City may prefer to produce and control its own New Year’s Day parade or celebration that is more inclusive, which will displace the Mummers Parade on Broad Street,” Kenney wrote.

He called for a meeting with Mummer leadership, but did not set a date.

Meanwhile, Councilwoman Cindy Bass on Thursday introduced legislation that would ban the use of blackface in the parade and bar violators from marching in public parades for five years.

Bass said the latest instance of two Mummers wearing blackface this month during the taxpayer-supported parade was the impetus for the bill, which Councilman Mark Squilla co-sponsored.

“I’m sick of it,” she said about the persistent appearance of Mummers in blackface every year. “Something has to be done.

Bass added that she and Squilla intend to meet with Mummers leadership next week to discuss the ongoing use of blackface, among other things.

The city’s increased oversight and mandate requiring Mummers receive cultural sensitivity training since 2016 has also failed to stop the century-old practice of blackface.

At this month’s Mummers Parade, a pair of Mummers in the Froggy Carr Wench Brigade wore blackface.

The two men were identified as Kevin Hinkel and Mike Tomaszewski, who were part of the group paying homage to Philadelphia Flyers mascot Gritty. The city disqualified the Froggy Carr Wench Brigade during the parade.

Bass’ proposal would add blackface to the list of prohibited conduct in the city’s code, which already bans individuals from hiding one’s identity by using a mask or hood on public or private property without written permission from the city or owner of the property. Fines for violators start at $75.

Under the legislation, blackface is defined as a “form of theatrical make-up used predominantly by non-Black performers to represent a caricature of a Black person, and which is generally considered offensive to African Americans.”

The Mummers Parade this year cost taxpayers approximately $670,000, including the cost for police, emergency medical services, sanitation and use of sound equipment, among other things.

Bass hinted that she was considering more legislation to curb the use of blackface in the parade, including holding Mummers leadership and divisions accountable.

“If the club does police their individuals and know that this person is someone who participated last year in blackface,” she said, “then there should be penalties against the club as well.”

The mayor noted in his letter that the failure of Mummers leaders to control parade participants also has led to extreme intoxication and Mummers who harass city officials, including police.

Divisions also annually fail to receive the necessary permitting documents for the parade, causing the city to apply for the permits itself.

The city also was drafting new rules to change how the divisions organize themselves and how the city works with Mummers. No timeline was provided for when the administration will propose the rules.

‘I talk to Black people’: Mummer in blackface defends himself after mayor boots brigade

Kenney mum on 'additional penalties' for Mummers who wore blackface

Philadelphia City Council set the tone for the new term by laying out a series of legislation focusing on gun violence, rent control, and work…

Mummers leadership meet with City Council members over use of blackface