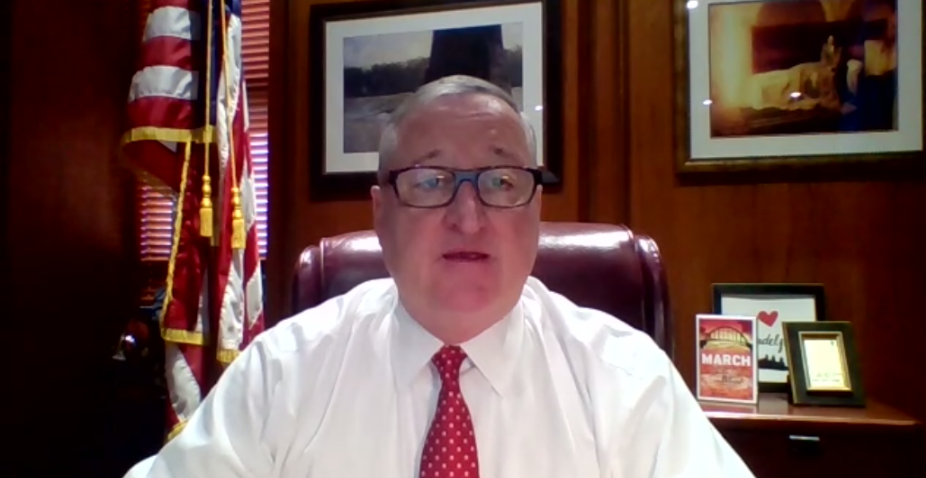 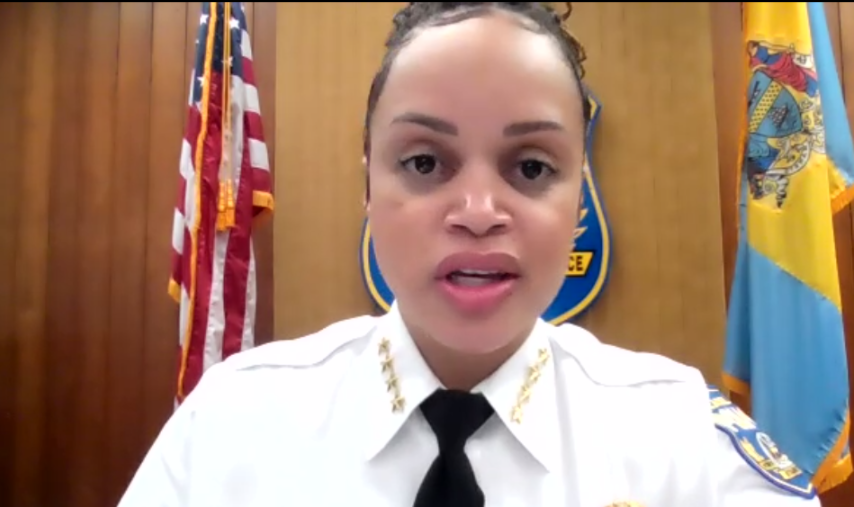 The mayor said he punted on providing an anticipated update for his anti-violence plan, Roadmap for Safer Communities, due to the influx of funding the city is expected to receive from the recently passed federal coronavirus stimulus package. The city is on track to receive $1.4 billion toward its operating budget.

Kenney said he would detail changes and new investments to the anti-violence plan at the next bi-weekly news conference on April 14, a day before he will issue his annual budget proposal.

Asked what message the delay sends to neighborhoods struggling with violence now, Kenney said in part: “We thought it was appropriate to do it all together as opposed to adjusting what we would have announced today.”

Kenney has come under political pressure to address gun violence as killings and shootings continue to increase. City legislators have urged Kenney to declare gun violence a citywide emergency and activists have demanded changes.

Police Commissioner Danielle Outlaw said she has placed a “heavy emphasis” on “short-term enforcement efforts” due to the spike in homicides and shootings during the past year.

Outlaw added that police officials and officers were doing “everything that we can with the resources that we have to focus on our long-term prevention and community-trust building efforts.”

But more than a year after she took over the troubled department, Outlaw appeared to signal that the public shouldn’t look to police to radically reduce the violence anytime soon.

“Despite our officers' tremendous efforts, we continue to be plagued by gun violence,” she said. “You’ve heard me say it before and I’m gonna keep saying it: This isn’t simply a policing problem. Our entire community has to work together to turn this around.”

The administration will provide approximately $400,000 in grants to 30 community organizations working to prevent and disrupt violence. Officials did not say exactly when the grants, which range from $7,500 to approximately $20,000, will be issued.

Erica Atwood, the city’s senior director for criminal justice and public safety, said the city was aiming to sustain community groups with the grants.

“We’re really looking forward to continuing these efforts,” Atwood said, hinting that officials will reveal a next round of grants for community groups before July 1.

The city intends to issue a request for proposal to contract with three to five community-based organizations to serve as social media influencers for the city’s criminal justice and public safety campaigns, who will help establish “credibility with the community” and create “culturally relevant content,” according to information provided by officials.

The city reported 119 homicides as of Tuesday, up approximately 29% from the same time last year, according to the police department. African Americans account for 94 of the homicide victims this year (79%) even though they make up 44% of the city's population.

The city had at least 481 shootings as of Wednesday, of which African Americans accounted for 410 (81%), according to the police department.

The police department’s current homicide clearance rate is approximately 50%, meaning about half of all murders are solved.

As firearm arrests go up, DA's office is not winning those cases, city's top cop says

Police are making more gun arrests in Philadelphia while city prosecutors are losing or dismissing those cases in ever higher numbers, accordi…

As the trial of a former Minneapolis police officer charged in the death of George Floyd is set to begin next week, Jabari Jones says he’s “ex…

Federal stimulus package could bring $1.4B to city coffers

The Kenney administration is expecting $1.4 billion in federal funding from the new coronavirus stimulus for the city’s coffers.

How will Philadelphia respond to verdict in trial of Minneapolis cop who killed George Floyd?

How will Philadelphia respond when the eventual verdict is read in the trial for the Minneapolis police officer charged in the death of George Floyd?

A city legislator is trying to slash wage and business taxes as Philadelphia recovers from the coronavirus pandemic.