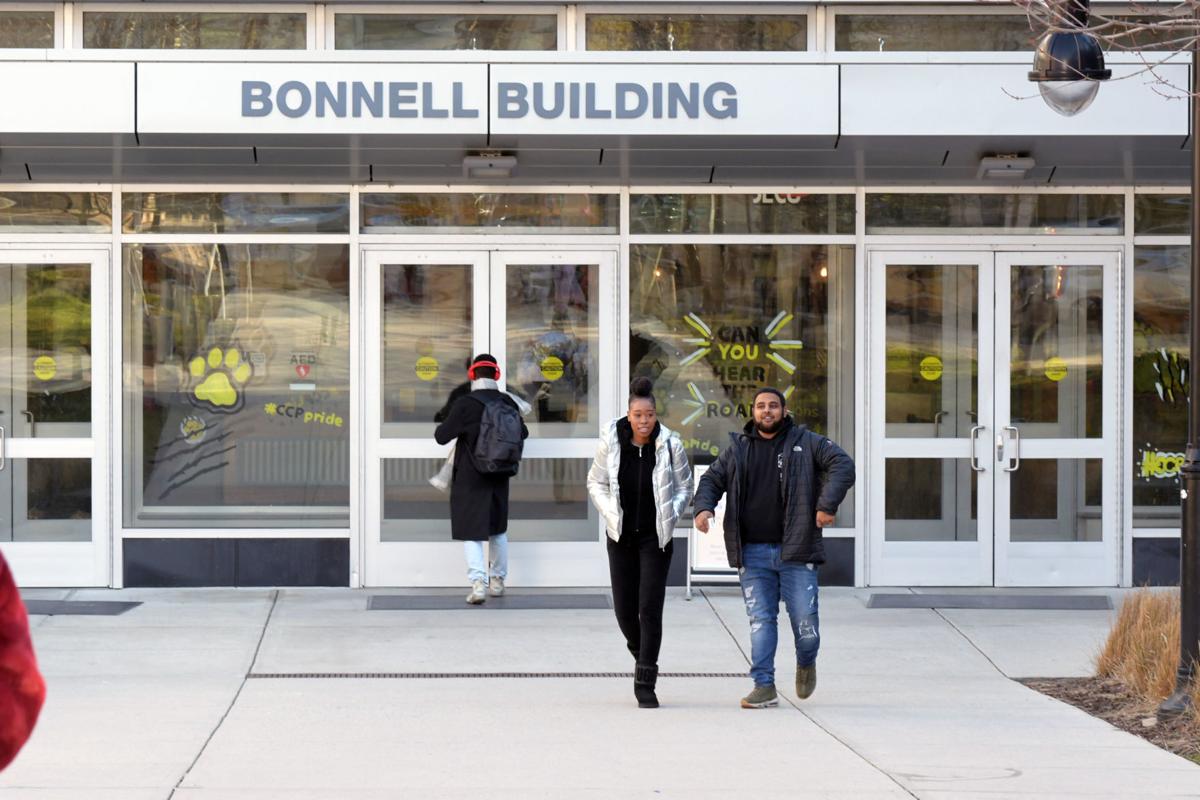 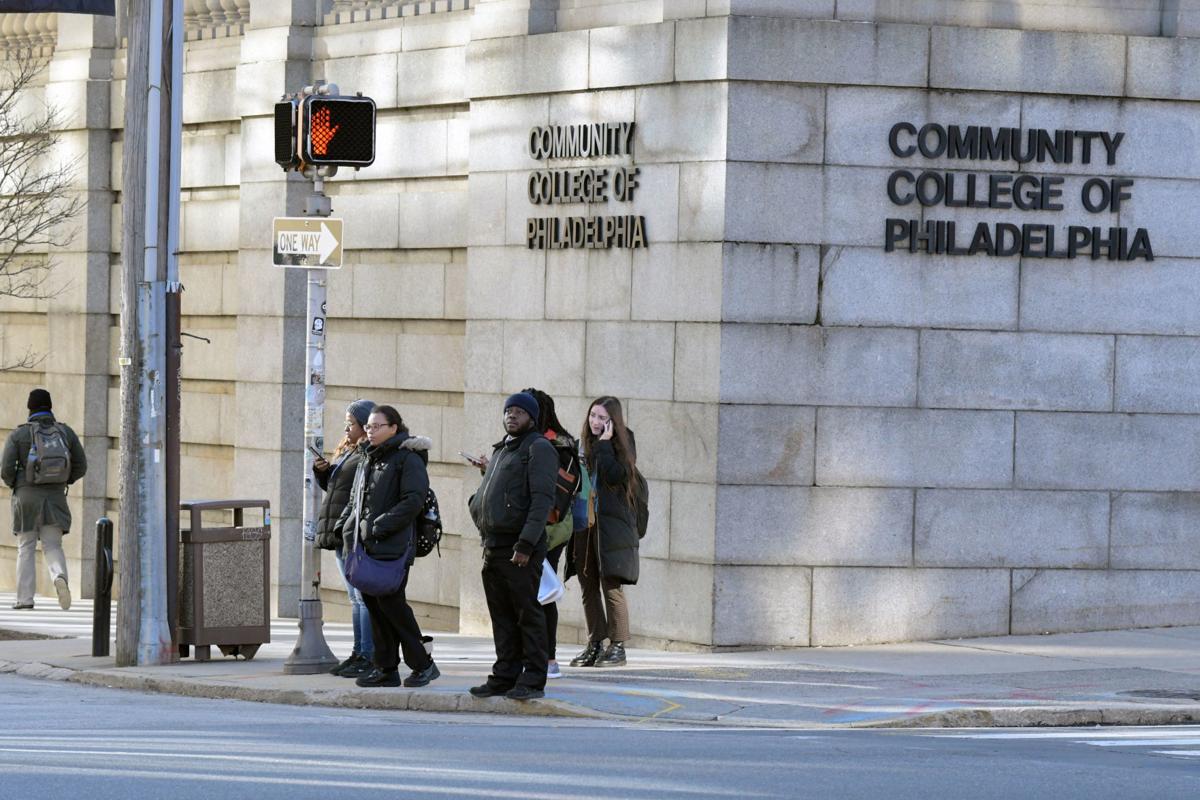 “My aspirational vision for Community College [of Philadelphia]: Free. No tuition,” Kenney said during an interview on WHYY’s Radio Times with host Marty Moss-Coane earlier this month. It was the day after he pitched the idea in his inauguration address.

But much remains unknown about how the Kenney administration would pull it off by the end of his second term.

The administration is holding off on delving into the details of such a program — cost, eligibility, logistics, impact on the community college, etc. — until budget discussions begin in the spring.

“We are working out what we can afford and what the state might be willing to do,” said Maari Porter, deputy chief of staff for policy and strategic initiatives, during an interview this month. “We have to go through a budget process to determine how big and how extensive the coverage is.”

What’s known is that the administration wants to put in place a so-called “last-dollar” grant program, which pays the remaining balance of tuition and fees after other federal and state aid has been applied.

Otis Hackney, Kenney’s chief education officer who heads the Mayor’s Office of Education, is leading the city’s effort to set up a tuition-free program.

A spokeswoman for CCP said the school had few details about Kenney’s plan and declined to comment further until administrators get more information.

In a released statement, Donald Guy Generals, the college’s president, supported Kenney’s “commitment to ensuring that all Philadelphians have quality educational experiences from pre-K through college,” adding that he looked forward to creating more resources for city residents to earn a credential or degree.

CCP had 16,672 students enrolled full time in the 2018-19 school year and 44% of them were Black, according to federal data. That year, approximately 73% of all students received some type of financial aid.

The administration has yet to analyze how a tuition-free program would affect CCP’s student enrollment, Porter said. Cities that have implemented some form of a tuition-free community college program tend to see enrollment jump 10% to 15%, she added.

More than 420 tuition-free programs are already in place across more than 40 states that award financial aid beyond federal and state aid to offset the cost of college for some students, according to a database University of Pennsylvania’s Graduate School of Education.

Yet a last-dollar model for tuition-free community college in Philadelphia might not help the neediest of students, said Laura Perna, executive direct of the Alliance for Higher Education and Democracy at the University of Pennsylvania’s Graduate School of Education.

For low-income students, the barriers to attending and completing community college go beyond tuition and fees, said Perna, an expert in college access and affordability. Those auxiliary costs include housing, food, transportation and childcare, among other things.

Last-dollar programs alone do not offer support for those costs and many low-income students already are eligible for tuition assistance through existing federal programs.

The tuition costs at CCP for full-time, first-time undergraduate students in the city was $5,100, according federal data for the 2018-19 academic year. But the cost of books, housing and other expenses tack on an additional $12,200. CCP already has a tuition-free program — the 50th Anniversary PROMISE Scholarship — for low-income students eligible for federal financial aid.

“Given the poverty rate and really thinking about who we want to make a difference for, we should be thinking about making sure people from the lowest income families are the ones who are getting the aid,” Perna said.

Administrators at the School District of Philadelphia were unfamiliar with the details of Kenney’s plan.

“It is our hope that any proposal will be designed to address both of these financial barriers so that we can support low and middle-income Philadelphians on their journey through college,” said district spokeswoman Megan Lello in an email.

The School District of Philadelphia’s four-year graduation rate was 69% in 2017-18 (the most recent figures available), which is below the state average of 86%. Fifty-five percent of graduates from district schools went straight into a four- or two-year institution or technical school that year.

An estimated 12% of graduates from district schools matriculated to CCP that year.

The city and state currently underfund the community college.

When the state’s community colleges were founded in 1963, the state mandated equal funding from three sources: the state, the city and students.

CCP’s operating budget for this year was $133 million, and the city contributed 22.5%, while the state contributed 24% and the students were left to pick up the remaining 53.5%.

Kenney signs orders on racial equity, reshaping Office of Education as he lays out 2nd-term priorities

Colonial Phil is missing. To be clear, that’s a good thing.

WASHINGTON  — An annual congressional report says the U.S. budget deficit is likely to burst through the symbolic $1 trillion barrier this yea…

If a Philadelphia couple with two school-aged children isn’t taking in nearly $68,400 annually, that family can’t cover its basic needs.

THIS ISN'T A NEW CONCEPT! Students from Low Income already go for free and will receive a refund check from the Federal and State through FAFSA. Please share what is different then what has been happening for 20 years already? Will this help the Middle Class or the students who don;t already qualify for Federal and State money through FAFSA?