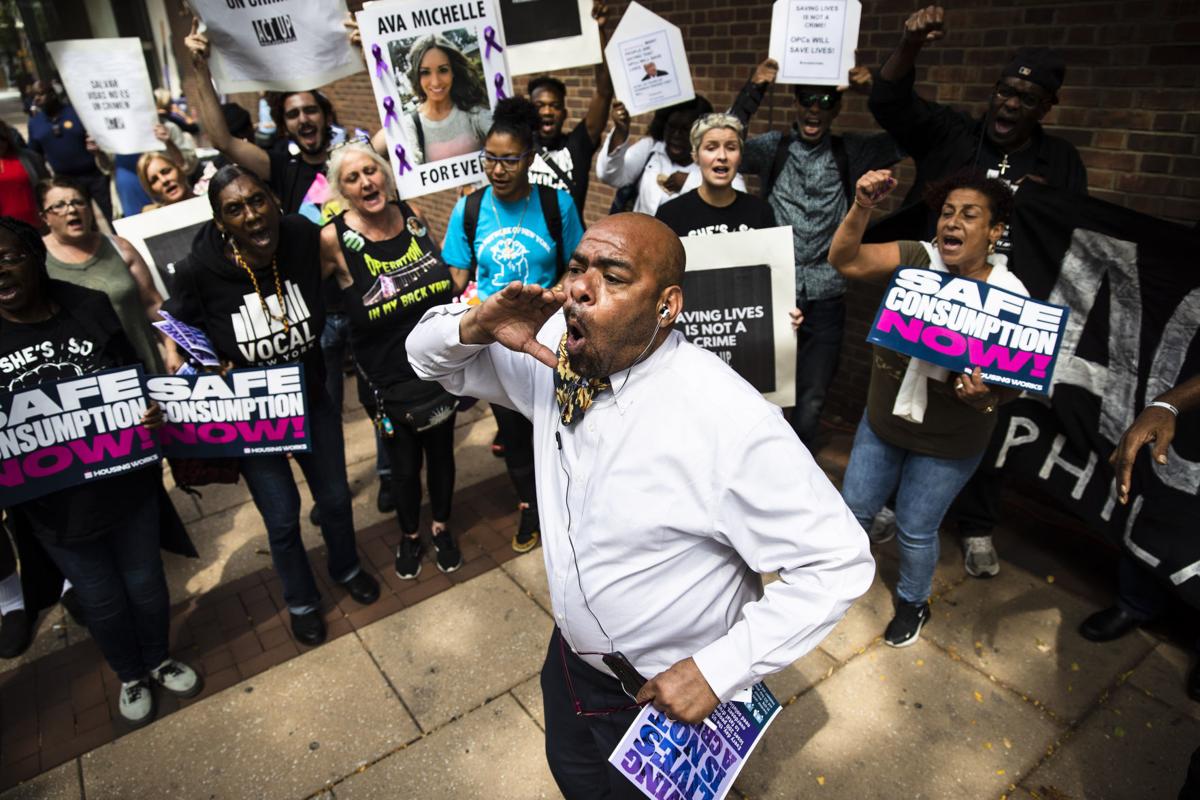 Wilfredo Carrasquillo, center, and other protesters demonstrate in support of a proposed supervised injection site, outside the federal courthouse in Philadelphia on Thursday. — AP Photo/Matt Rourke 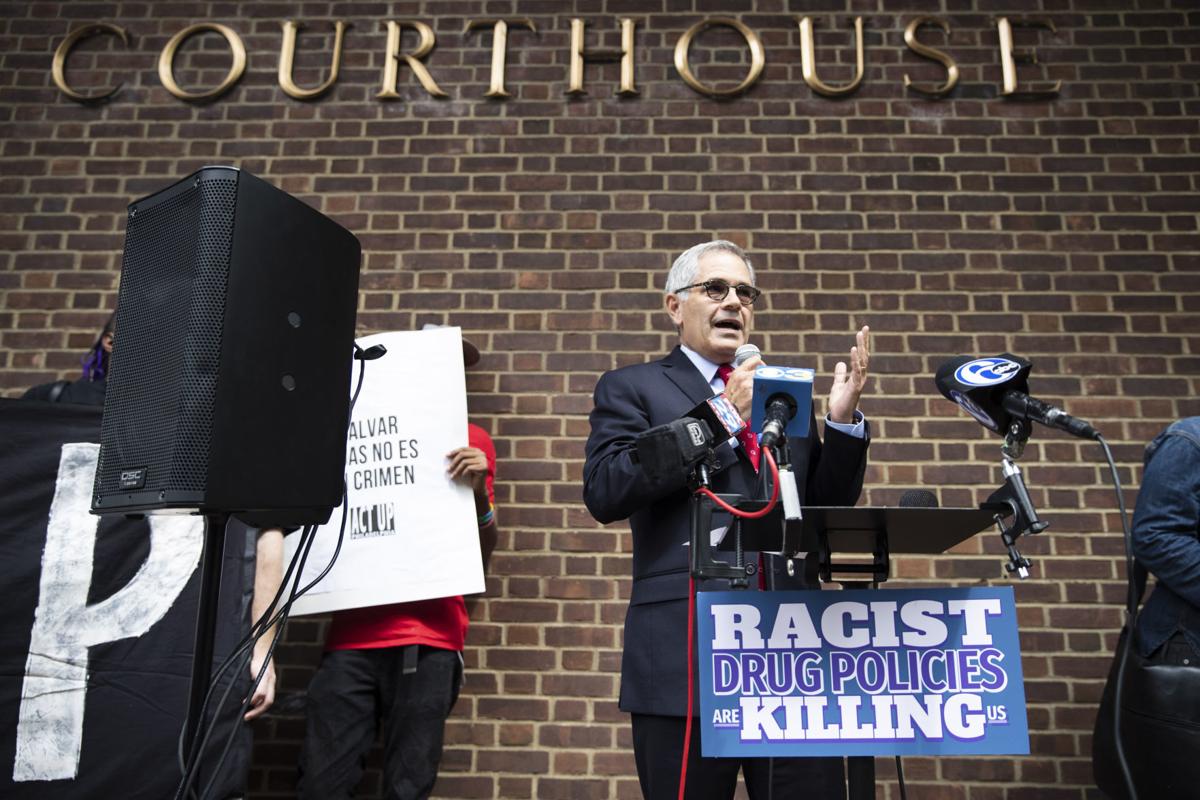 Philadelphia District Attorney Larry Krasner speaks during a demonstration in support of a proposed supervised injection site, outside the federal courthouse in Philadelphia on Thursday. —AP Photo/Matt Rourke

Wilfredo Carrasquillo, center, and other protesters demonstrate in support of a proposed supervised injection site, outside the federal courthouse in Philadelphia on Thursday. — AP Photo/Matt Rourke

Philadelphia District Attorney Larry Krasner speaks during a demonstration in support of a proposed supervised injection site, outside the federal courthouse in Philadelphia on Thursday. —AP Photo/Matt Rourke

A federal judge in Philadelphia grilled the city’s top federal prosecutor Thursday over his opposition to a plan to open the nation’s first supervised injection site to address the opioid crisis.

U.S. Attorney William McSwain called the goal of reducing overdose deaths “laudable,” but accused organizers of “hubris” for thinking they can ignore the law.

“I think the hubris here is pretty astonishing. They’re saying we know better, we’re going to do it anyway,” McSwain, a President Trump appointee, argued.

Under the Safehouse plan, people struggling with addiction could bring drugs to the clinic-like setting, use them in a partitioned bay and get help from nearby medical help if they overdose. They would also be counseled about treatment and other health services.

Supporters include Mayor Jim Kenney, District Attorney Larry Krasner and former Gov. Ed Rendell, all Democrats. They believe the program would reduce the city’s 1,100 annual overdose deaths and help steer users into treatment. Rendell, who attended Thursday’s hearing, helped found the effort after a family friend died of an overdose.

McSwain said they should take the fight to Congress, not the courthouse. He asked the judge to find the plan violates the Controlled Substances Act by inviting people to use drugs on the property.

Safehouse lawyers say it’s not illegal under the Controlled Substances Act — which regulates the possession, use and distribution of certain drugs — to stand nearby with life-saving medical help. They argued that the site itself would not possess the drugs, and would encourage users to seek treatment, possibly reducing usage.

U.S. District Judge Gerald McHugh Jr. pondered aloud whether the plan, if not expressly legal, might not be expressly forbidden under the law, either.

“We believe if Congress were to intend that, it would have said so explicitly. This statute was in no way directed at supervised consumption or the overdose crisis that we face,” Safehouse lawyer Ilana Eisenstein argued.

The arguments come as federal, state and local authorities pursue what could be billions of dollars in legal damages from pharmaceutical companies that manufactured and marketed opioid products.

McHugh did not indicate when he would rule.

Supervised injection sites are being considered in other U.S. cities including Seattle, New York, San Francisco and Somerville, Massachusetts. —(AP)

Williams says supervised injection sites aren’t the answer to fighting drug use. So he wants to ban them