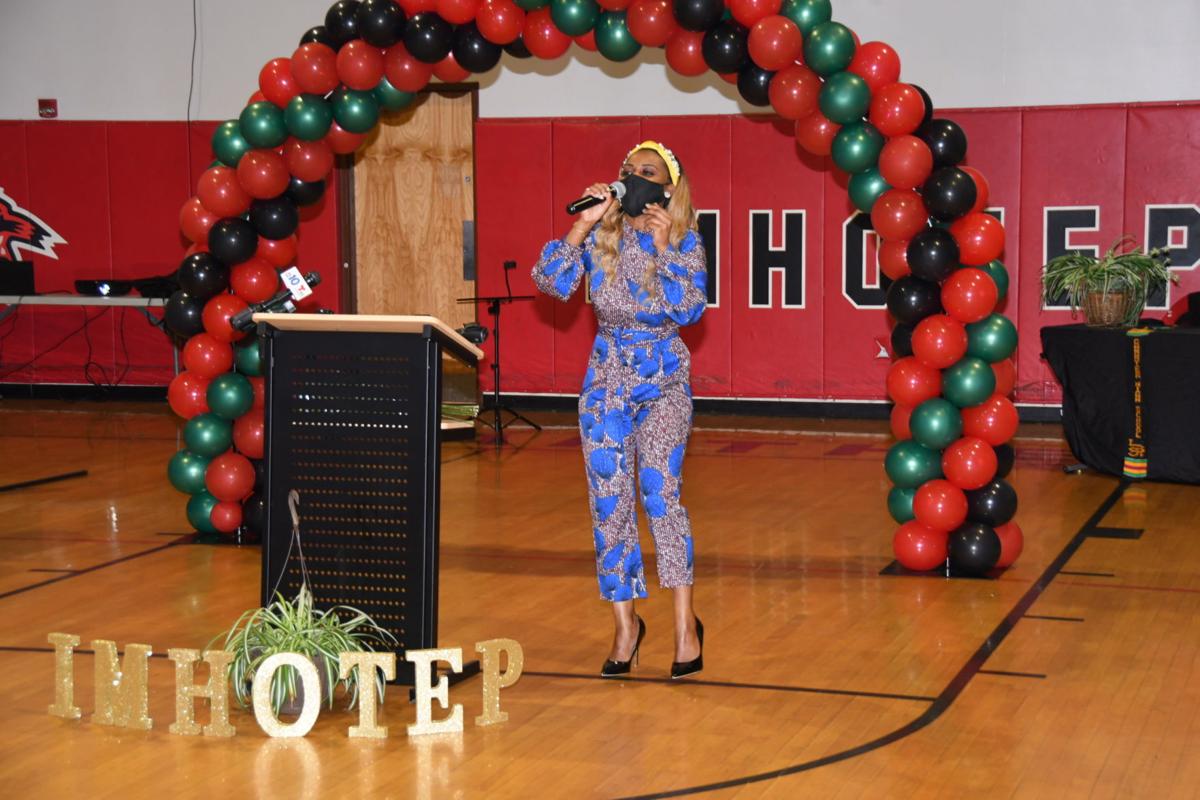 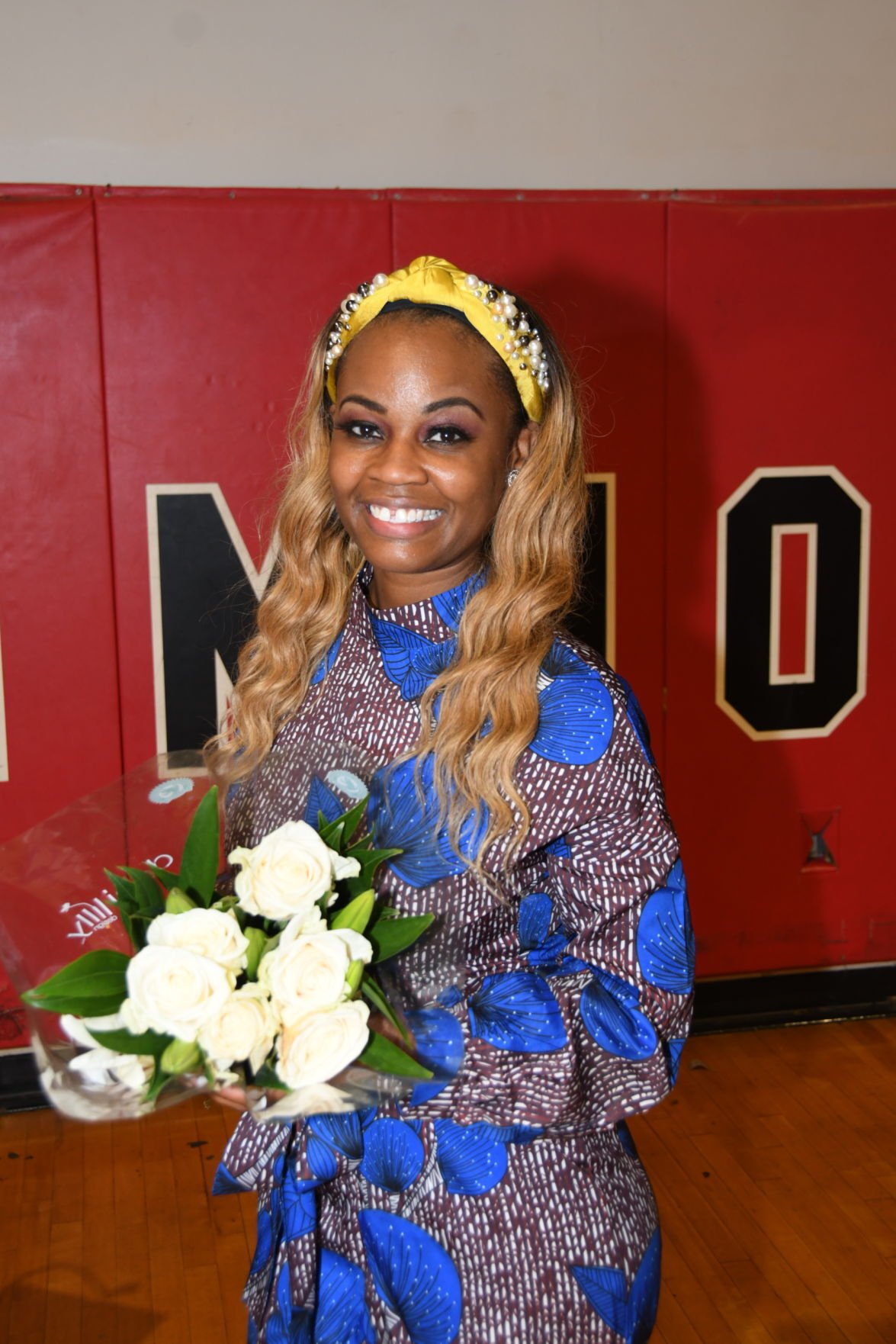 Shirley Posey-Jackson was named the All-Pro teacher of the year by the Philadelphia Eagles and Axalta Coating Systems. 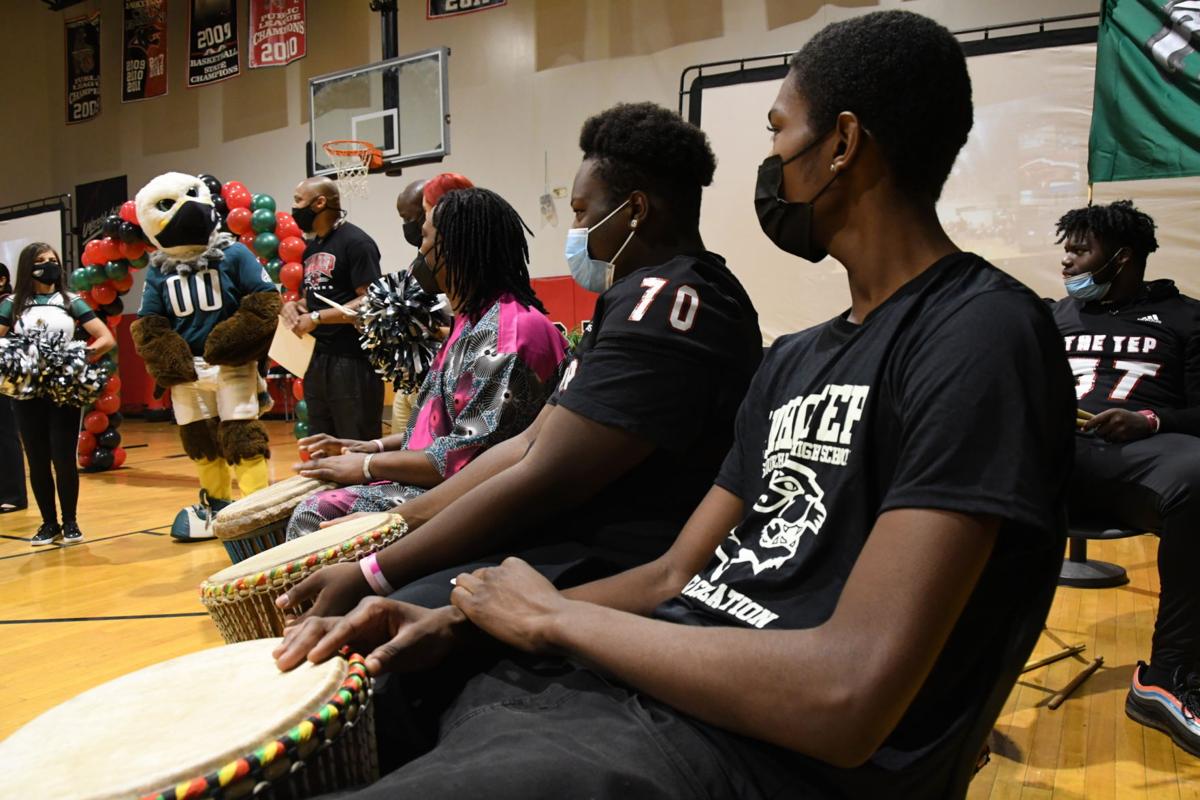 Students sitting with their drums during the pep rally to honor biology teacher Shirley Posey-Jackson at Imhotep. 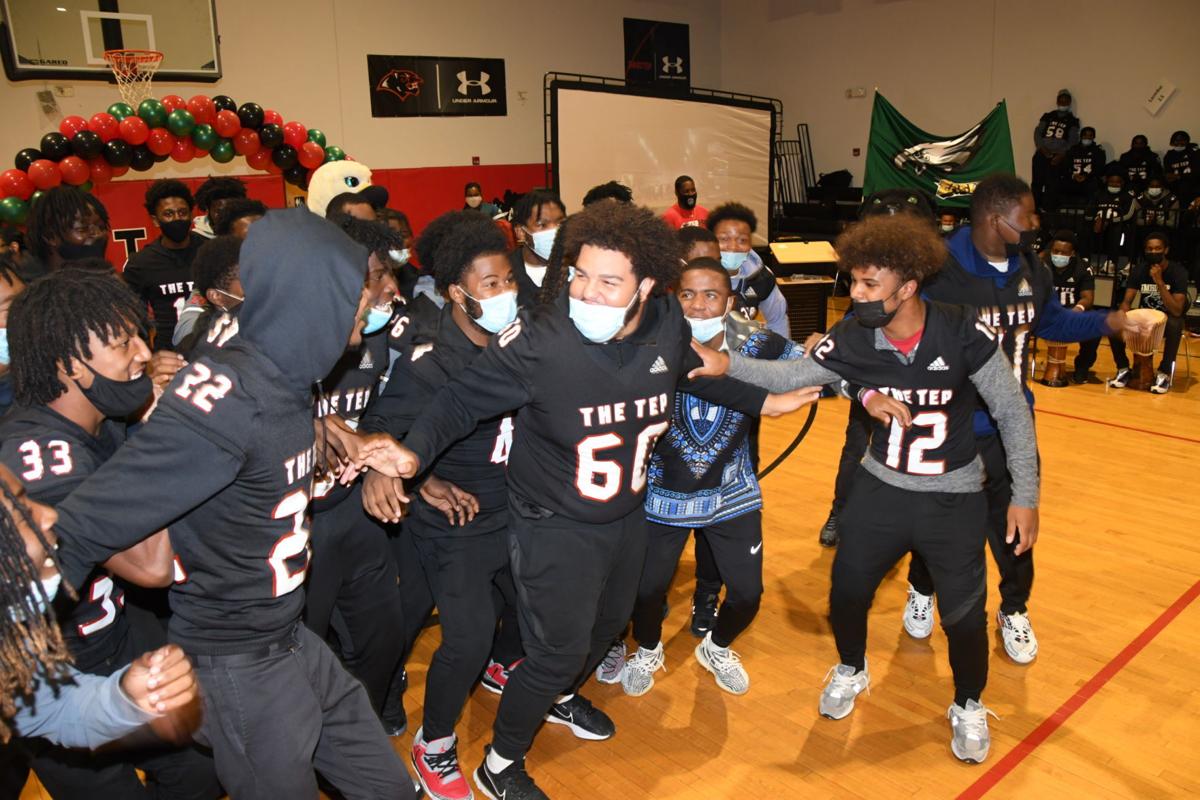 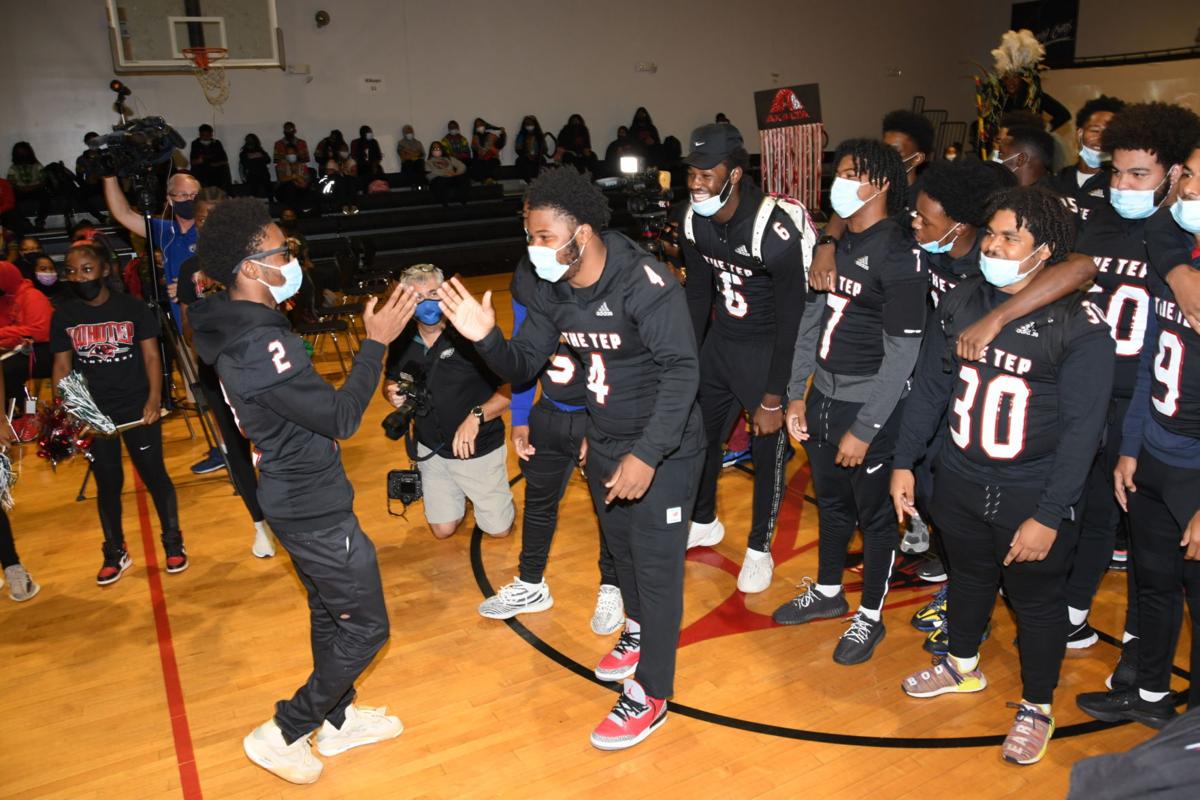 Shirley Posey-Jackson was named the All-Pro teacher of the year by the Philadelphia Eagles and Axalta Coating Systems.

Students sitting with their drums during the pep rally to honor biology teacher Shirley Posey-Jackson at Imhotep.

When Imhotep Institute Charter High School teacher Shirley Posey-Jackson found out that she was named the All-Pro teacher of the year by the Philadelphia Eagles and Axalta Coating Systems, she was ecstatic.

“When I found out that I was the All-Pro teacher of the year, I burst into tears,” Posey-Jackson said.

“To be recognized on that level and to be among so many great educators in the tri-state area was fulfilling,” she added. “I was just overwhelmed with gratitude.”

The Axalta All-Pro Teachers program honors the region’s exceptional fifth- through 12th-grade teachers who use STEM (science, technology, engineering and mathematics) to teach and empower students.

Each year 10 teachers are celebrated, but only one is named teacher of the year.

The event also featured a check presentation by Axalta and the Philadelphia Eagles. The presentation was previously postponed due to the coronavirus pandemic.

“She’s not only getting the recognition she deserves, but as an institution we’re also getting recognition as well and our students are reaping the benefit of the curriculum that we’re able to expose them to,” she said.

“As an African-centered school, one of the things that we always say every day is our affirmation statement and there’s a line that says, “When I shine, the nation shines and when a nation shines, we all shine,” she added.

Since arriving at Imhotep in 2017, Posey-Jackson has been challenged to help increase biology Keystone tests scores and to revamp the Biology II course.

Not only has she increased the biology Keystone scores significantly, she has also revamped the curriculum to include open heart surgery, sheep heart dissection, a crime scene investigation lab, aquaponics labs to increase fresh crops in urban communities and more.

“I’m also developing a lab tech program, teaching students how to dispose of properly sanitized instruments, how to set up laboratory skills that they can take into college, and work as lab techs in college,” she said.

A native of Georgia, Posey-Jackson comes from a family of civil rights activists and educators.

Posey-Jackson said it was her family’s own history and her inquisitive mind at a young age that made her want to become an educator.

“Being raised by civil rights activists with my inquisitive spirit made me become passionate about being an educator,” she said. “This is my gift and that’s what I was born to do here.

“I want to make changes in our community to actually help increase the academic rigor and the academic excellence within our Black and Brown communities,” she added. “I want our kids to have the same education that they get in Lower Merion.”

Prior to teaching at Imhotep, Posey-Jackson was a college professor and a Johns Hopkins University Center for Talented Youth sensory brain instructor.

She is also the co-founder of NeuroAdvanced Academics Inc., an educational firm that uses neuroscience-based practices to enhance academic learning and facilitate professional development for educators.

Posey-Jackson has a master’s degree in medical science from Hampton University and a bachelor’s degree from Clark Atlanta University.

“With my business, I intentionally work to grow and stimulate students’ neurons,” Posey-Jackson said. “My youngest client is 4 months old and by the time they turn 1, they are reading.

“I also ran a successful pilot research group where I taught 3- to 5-year-old’s calculus online,” she added. “All of those students are in kindergarten now and I’ve gotten reviews from their schools and parents saying that they are recommended for gifted programs or advanced classes.”

Posey-Jackson said she wants her Imhotep students to leave her classroom with the mindset that they can be the next Steve Jobs, who was a business magnate and co-founder of Apple.

“I want my students to walk away from my classroom knowing that they too can be the next Steve Jobs,” she said. “That they can create positive changes and not only impact their community locally but also globally.

“I want them to realize that they can be the person to create and do something that they never imagined,” she added. “That they can pull that innovative idea out of their brain, breathe life into and impact the world.”