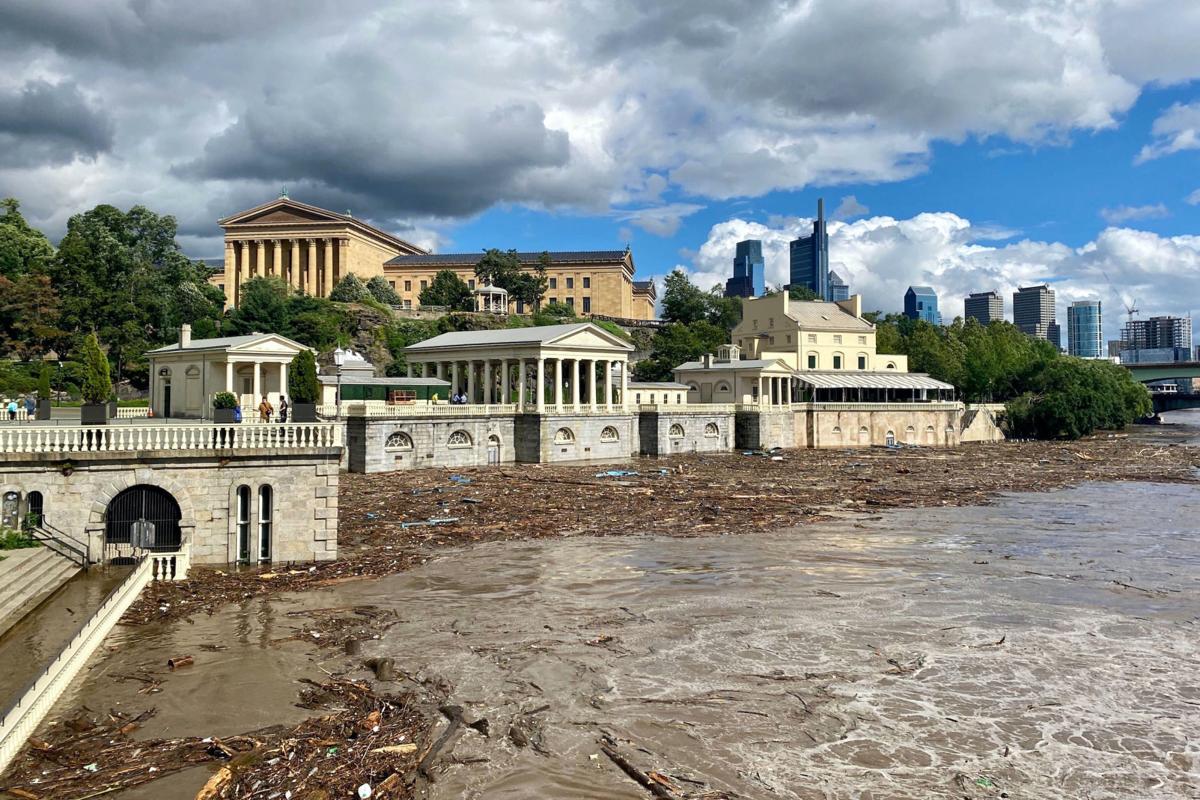 The Schuylkill River was higher than normal as it passed the Philadelphia Art Museum because of Tropical Storm Isaias, which spawned flooding and tornadoes in Bucks and Montgomery counties on Tuesday. — Courtesy Elizabeth Rowe via AP 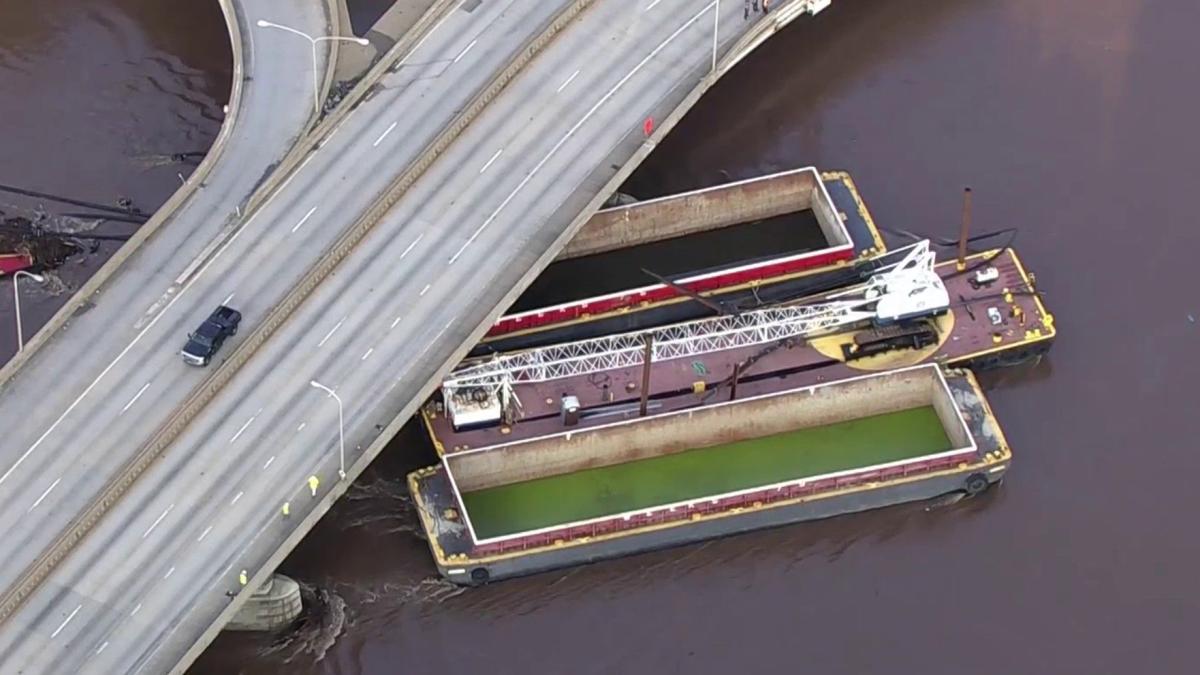 A barge used to dredge the Schuylkill River came loose during Tuesday's storm and became wedged under a I-676 bridge, forcing authorities to close a section of the highway for days. — NBC10

The Schuylkill River was higher than normal as it passed the Philadelphia Art Museum because of Tropical Storm Isaias, which spawned flooding and tornadoes in Bucks and Montgomery counties on Tuesday. — Courtesy Elizabeth Rowe via AP

A barge used to dredge the Schuylkill River came loose during Tuesday's storm and became wedged under a I-676 bridge, forcing authorities to close a section of the highway for days. — NBC10

As the Philadelphia region continues to clean up from when Tropical Storm Isaias slammed into the area on Tuesday, bringing heavy rains and high winds, a flash flood warning remains in effect for southeastern Pennsylvania.

“The ground remains saturated in the region due to the recent heavy rains associated with Tropical Storm Isaias,” the National Weather Service said. Given intermittent storms and showers through Thursday, “this will make it easier than usual for flash flooding to occur.”

Small streams and creeks will also be susceptible to flooding, the NWS warned, especially those that remain elevated from earlier rainfall.

Three connected barges that drifted free of their Schuylkill River moorings during heavy rain on Tuesday night and crashed into the Vine Street Expressway bridge have been removed. I-676, which runs across the bridge, has reopened in both directions.

SEPTA service was halted Wednesday morning due to the bridge collision, because of concerns the barges might also hit the Market Street connector bridge.

PennDOT inspected the Vine Street Bridge Wednesday and deemed it structurally sound, PennDOT spokesman Brad Rudolph said. Using what he called a “snooper crane,” workers inspected the underside of the bridge and determined that the most notable damage was to a stiffener — essentially a welded plate on a girder that helps prevent the bridge from buckling.

Rudolph said the stiffener is “not as important as it sounds” for structural integrity, but the bridge will probably be partially shut down at some point in the future so it can be replaced.

The barges that came loose during the storm were being used to dredge parts of the Schuylkill. The project, which was overseen by the Army Corps of Engineers and a contractor, Atlantic Subsea, Inc., launched in the spring and aimed to improve rowing conditions in the river.

Army Corps spokesman Steve Rochotte said it took two tugboats to guide the barges away from the bridge. They’re being inspected now, and are expected to be able to go back to dredging.

“It has delayed the project,” Rochotte noted, “But we’ll work with the team to figure out exactly what that will mean in the coming weeks.”

Rudolph said the Army Corps and Atlantic Subsea agreed to add an extra anchor to the barges to prevent future unmoorings.

PennDOT is still dealing with road repairs across the state due to flooding and other damage due to Tropical Storm Isaias, but Rudolph said the bridge closure was the biggest headache.

“It’s an interstate right into Center City,” he said. “We had like a command center down there and were watching hour by hour.”