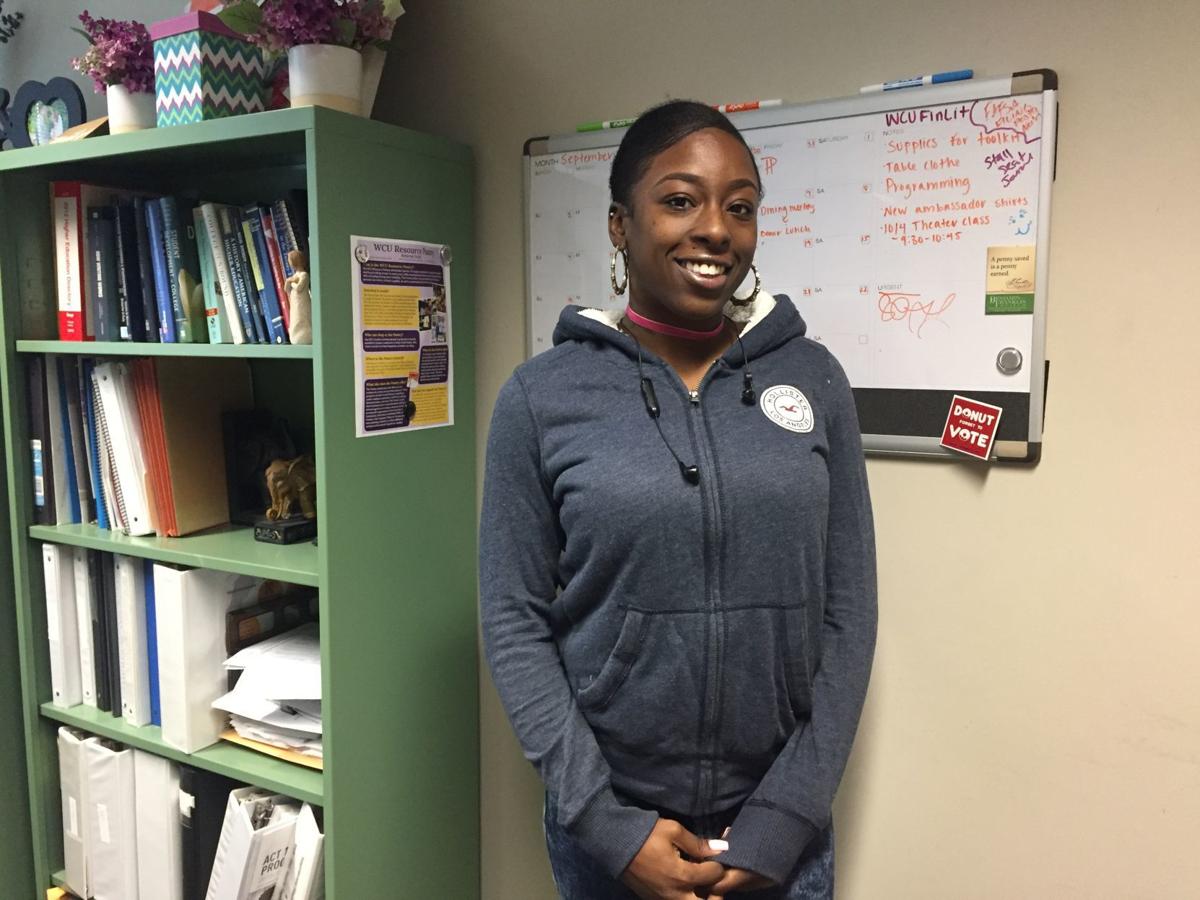 Princess Hill struggled through an unstable upbringing to make it to West Chester University, where she’s helped by the Promise Program. — Avi Wolfman-Arent/Keystone Crossroads 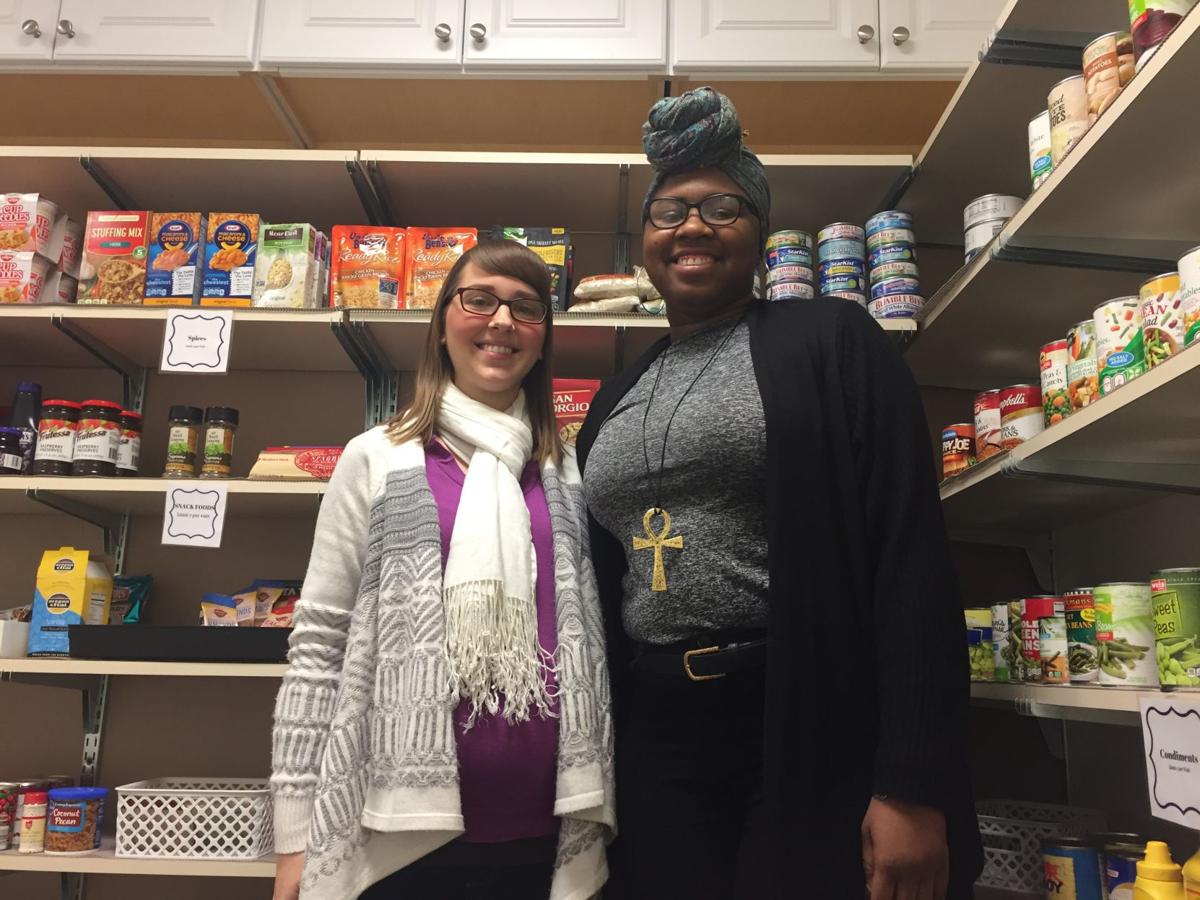 Princess Hill struggled through an unstable upbringing to make it to West Chester University, where she’s helped by the Promise Program. — Avi Wolfman-Arent/Keystone Crossroads

“I’m kinda getting numb to it now,” said Hill, a sophomore at West Chester University in the Philadelphia suburbs. “When the holidays come for me, personally, it’s really just another day.”

Hill grew up in Philadelphia and says she left her childhood home when she was 9 because she was being sexually abused. She bounced around among friends and relatives through high school. For her, Christmas Day is usually just a chance to sleep in.

This year, though, she’ll at least have a bed and a roof over her head.

“This is the first time in my life I don’t have to worry about where I’m gonna live or if I’m gonna be living in a house with someone who might rape or hurt me,” she said. “This is literally the first time I’m, like, safe.”

Hill and 27 other West Chester students will remain on campus this winter break. They’re part of the Promise Program, a pioneering initiative for students who are homeless or exiting the foster care system. Through the program, West Chester provides year-round housing, small scholarships, social opportunities and extra guidance to some of its most vulnerable students.

“If these benefits weren’t here for me, I wouldn’t have been able to stay,” said Hill.

Promise Program students make up a sliver of West Chester’s 17,500-student body, but the program has grown quickly — from about 25 students last year to 55 this year. It’s also part of a nascent movement among advocates and some college administrators to strengthen the campus safety net for students who lack stable housing or steady access to food.

“It’s not because colleges are becoming social service agencies and trying to become the parents of these students,” said Sara Goldrick-Rab, a professor of higher education policy at Temple University. “It’s because they want them to graduate.”

About one-tenth of college students say they’re homeless, according to Goldrick-Rab’s research. More than a third identify themselves as “housing insecure,” a label that captures students who struggle to pay rent or have to move frequently.

Those statistics may shock people who associate college with privilege, but Goldrick-Rab says the popular understanding of college life conflicts sharply with reality. Only 13 percent of students live on campus. Nearly 40 percent are over 25. Many college students are raising kids, working — or both, she says. And many are stretched thin as they try to juggle life and the pursuit of a degree.

“We continue to think that everybody’s 18 years old with 2.0 parents and some 1.0 sibling helping them go to school and bringing them care packages of groceries,” said Goldrick-Rab. “It’s just not true.”

Acknowledging this is one thing. Trying to address it is another.

Goldrick-Rab thinks schools can start by keeping dining halls and dorms open over breaks. Other options include opening food pantries; awarding last-dollar scholarships to cover unexpected costs; and assigning campus-based staffers who can assist low-income college students with everything from financial aid to course selection.

Over the last few years in Pennsylvania, a handful of schools have created dedicated programs to assist students transitioning out of foster care, says Sarah Wasch, program manager of the Field Center for Children’s Policy, Practice and Research at the University of Pennsylvania.

Right now, six schools in Pennsylvania have on-campus support programs for former foster youth, and another nine are developing them, according to Wasch’s research.

“We are seeing a growing number of campuses interested in doing this work,” she said.

Estimates vary on the college graduation rate for former foster youth, but data from the U.S. government indicates only about 28 percent get some sort of degree or certificate within six years of starting school.

Though this data focuses only on foster youth, it does point to the difficulty of getting homeless and foster students to and through college.

‘How are you coping?’

At West Chester University, the effort starts before students even arrive on campus. The Promise Program’s director reaches out to incoming students who might qualify, letting them know about available support so they don’t flounder when they arrive. They then keep checking in with students once they start, playing the role family might typically fill.

Without that kind of support, students “might make their own choices and say, ‘I’m just gonna give up,’” said Kate Colyer, assistant director of West Chester’s office of service learning and volunteer programs.

Sophomore Ashe Larkin says he probably wouldn’t have made it to West Chester without the program. About a week before he was set to begin his freshman year, he said, his mom kicked him out of their house in suburban Philadelphia.

“I’m ruined,” Larkin remembered thinking. “Like I’m not gonna have a career. I’m gonna be a failure in life.”

He called West Chester in tears, prepared to relinquish his college dream. Instead, someone forwarded him to Tori Nuccio, who heads the school’s Promise Program. She told him he could come to campus a few days early.

“I was so relieved,” he said. “And I did cry. But it was relief and happiness because I wasn’t gonna fail in life.”

Princess Hill was evicted from her $575-a-month apartment in Philadelphia’s Kensington neighborhood the same month she received her acceptance letter from West Chester.

The eviction was a massive blow, practically and psychologically. She’d rented the place since graduating from high school, working a torrent of odd jobs to make payments.

“I really didn’t know where I was gonna go,” Hill said. “I didn’t want to go to a shelter.”

As that door closed, though, another opened. With the help of a cousin, Hill applied and was accepted to West Chester.

“I was so hype,” she recalled.

But she wasn’t prepared. She didn’t know how she was going to pay for school. She didn’t even have a home.

“I was just going with the flow,” she said.

The Promise Program helped Hill close the gap between her financial aid and the actual expense of college, chipping in a scholarship that covers about 7 percent of her total costs. She relies on the program for year-round housing and regularly goes to the campus pantry for food and toiletries.

It’s difficult being on campus when everyone else leaves, she and Larkin admit. Even the holiday dinners organized by the Promise Program can’t replicate what most students get from a trip home.

“I just have to say it’s lonely,” Larkin said.

But they’re both also thankful for the opportunity to stay.

Larkin is on his way to a degree in criminal justice and eventually, he hopes, a career in family law. Hill wants to become a social worker, and is carrying a 3.6 GPA while double-majoring in social work and psychology.

Both want to help kids going through the same things they endured. To get there, they’ll need degrees. And to get those degrees, they’ll need the stability that so often starts with shelter.

“I have a roof over my head, and I have food, and nobody’s telling me you have to get out,” said Hill. “It’s the best feeling ever.” — (WHYY)

Councilwoman Jannie Blackwell, city officials and and hundreds of others braved the wind and rain Thursday night to honor the memory the 270 h…

Shareda Green sat dumbfounded inside a drab, unmarked office on Fairmount Avenue in Philadelphia. More than two hours into her weekday shift a…

With panhandling and homelessness ramping up on the sidewalks of Center City, a homeless advocacy group and a business improvement district ha…

For many in college – hungry, homeless

After Dakeena McDowell earned her high school diploma last year at 33, she made getting an associate’s degree a priority.