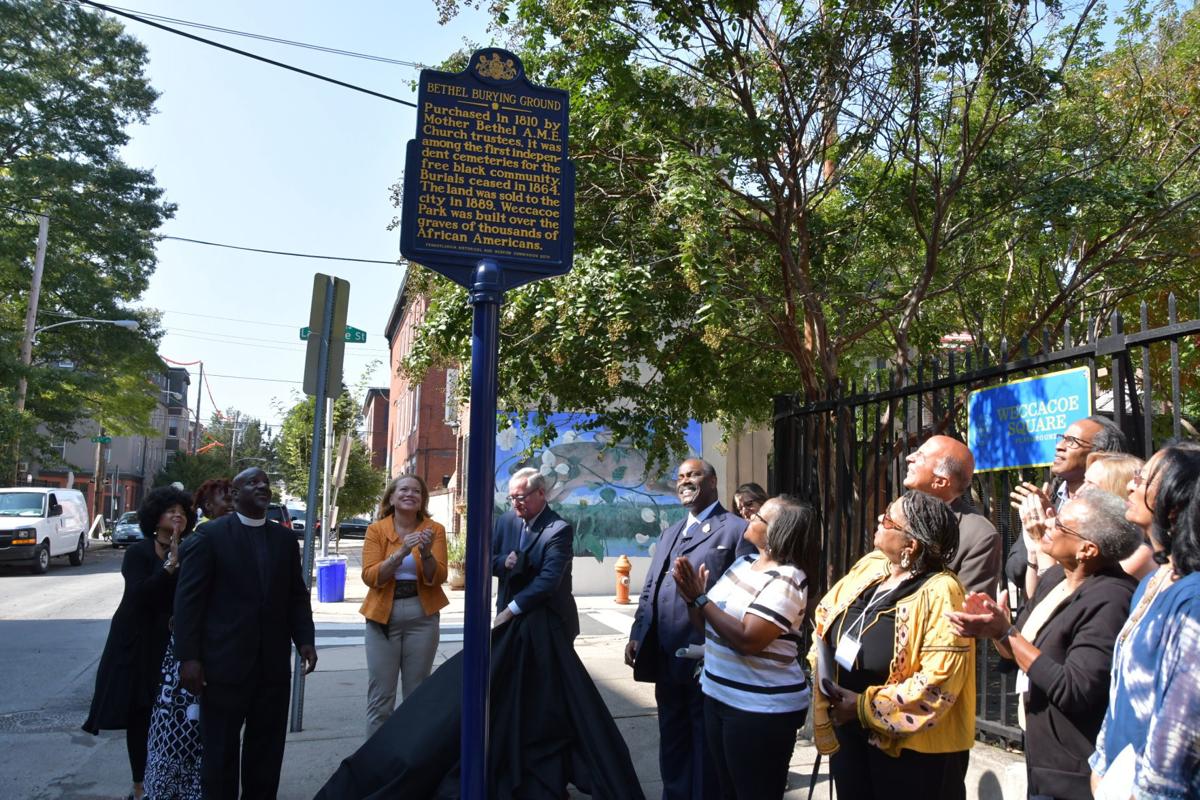 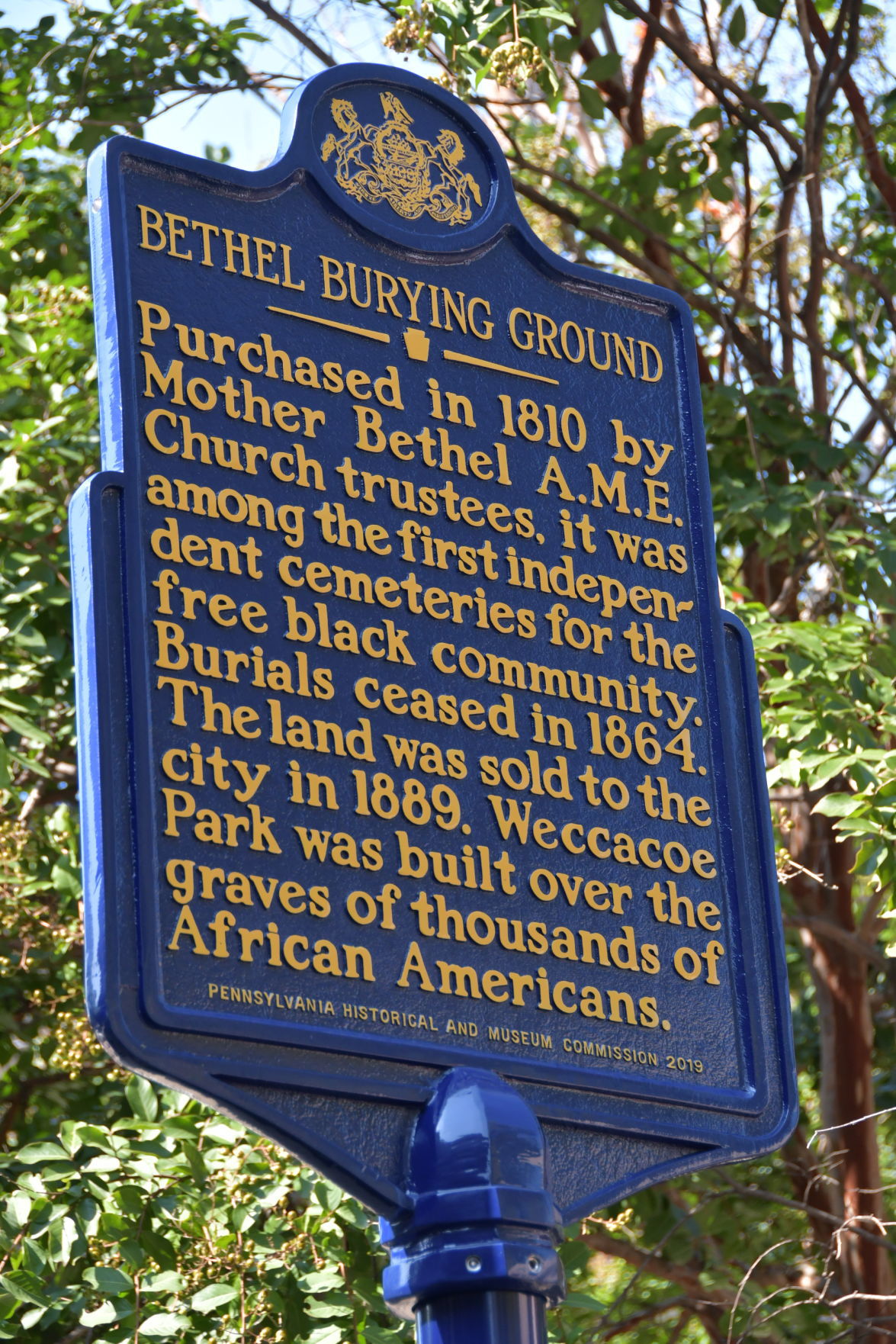 As Mother Bethel AME Church pastor Mark Kelly Tyler and nearly 40 members of the congregation retraced the half dozen or so block-walk between the church and the the Bethel Burying Ground on Tuesday, the pastor’s mind wandered back two centuries to the days when congregants actually buried their loved ones there.

“It’s important for us to put ourselves back into the frame of mind of the early members,” Tyler said. “I envisioned Richard Allen (the founder of the church) holding the hands of widows, of children.

“And as we got closer to the burial ground I could imagine the intensity of people weeping. So it’s good to honor the ancestors that way,” he added.

Tyler and the church members arrived about 1 p.m. About an hour later, a crowd of about several hundred, including Mayor Jim Kenney and City Councilman Mark Squilla, witnessed the unveiling of an official state historical marker commemorating the grave site.

“They contributed every single day under horrible circumstances. What we want to do is to honor them in the proper way.”

The marker stands on the southwest corner of the Weccacoe Playground in the Southwark section of the city.

However, for decades, beginning in 1810 when Mother Bethel purchased the property until burials ceased in 1864, it was one of the top private interment locations for Black Philadelphians, who, for years, were not permitted to be buried in private graveyards alongside whites.

The site became a playground after the city bought it in 1889. The city named the playground Weccacoe, which is a Lenni Lenape word that means “Pleasant Place.”

A local historian discovered that the site was a burial ground in 2006 when he was working on a documentary about Octavius Catto. The Philadelphia Historical Commission acknowledged the site in 2013.

Stephanie Gilbert has traced her family’s history in the city to the 17th century. Her fourth great-grandfather, Clayton Durham, worked alongside Allen in establishing the AME church. Through genealogical research, she discovered that Durham and other family members were buried at Bethel’s cemetery.

After confirming this with Tyler, Gilbert became involved as a member of the the Bethel Burying Ground Historic Site Committee to help acquire a marker for the site.

“This is great,” she said. “It’s a playground, not a construction site. So they were not tearing up the grounds. The dead are at peace and they will be able to remain that way. And at the same time they will be honored.”

Future plans call for the placement of a memorial structure in about a year.

Historic Black burial site under playground to get memorial

For generations, children would play kickball, hide-and-seek and jump rope on a stretch of concrete at Weccacoe Playground, unaware the remain…

When I first wrote in a local news magazine three years ago about this cultural outrage, scholarly research had indicated that approximately 3…

Exactly two years ago this week, during the end of July 2013, a team of archaeologists from the URS Corp. began breaking ground at the Weccaco…

The Bethel Burial Grounds remains a contested historical site near the heart of the city.

The implosion of the Queen Lane public housing high rise earlier this year in Germantown helped uncover a nearby colonial-era past buried underneath.