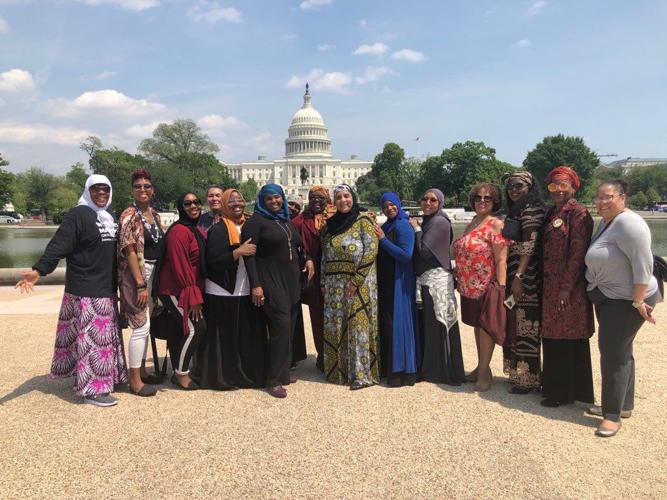 The Philadelphia women who traveled to the U.S. Capitol are pictured here. —Photo Submitted by Salima Suswell 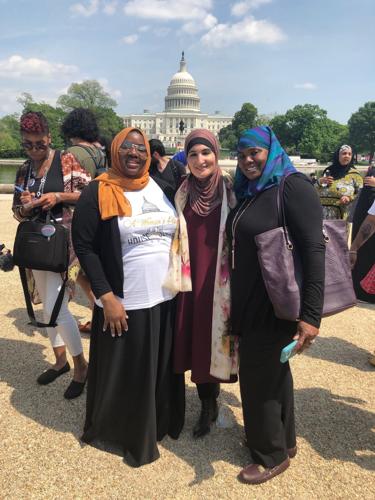 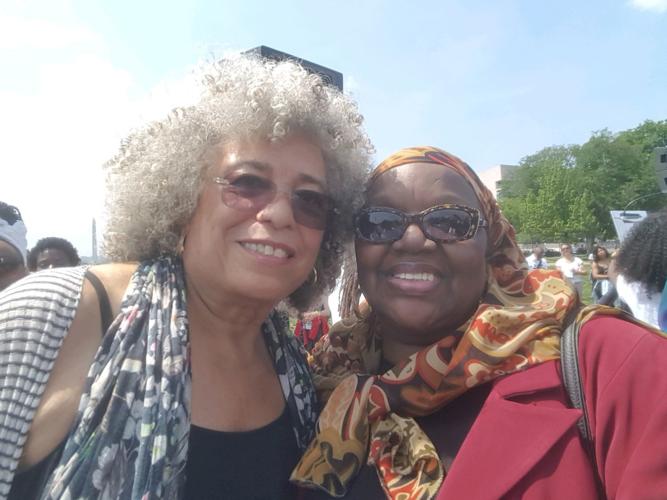 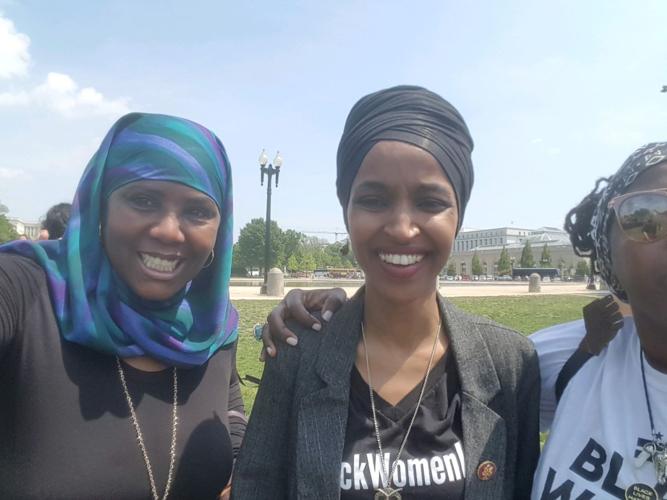 The Philadelphia women who traveled to the U.S. Capitol are pictured here. —Photo Submitted by Salima Suswell

A group of 15 Philadelphia women led by State Rep. Movita Johnson-Harrell (D-190) traveled to the U.S. Capital in support of the “Black Women in Defense of Ilhan Omar” rally on Tuesday.

Johnson-Harrell, the first Muslim woman elected to the state legislature, was featured as a speaker at the rally, joining Congresswoman Ilhan Omar (D-MN), Angela Davis and other activists in a rebuke of what they described as bigotry and hatred Omar has experienced since her election. Elected in January, Omar is the first Somali-American woman to serve in Congress, the first woman of color to represent Minnesota, and one of the first two Muslim-American women elected to Congress.

“The experience was amazing — to come together with so many women, to be there with Nina Turner and Congresswoman Rashida Tlaib (D-MI), Congresswoman Ayanna Pressley (D-MA) and to stand in solidarity with so many Black women and so many women of all races, to say ‘we are not going to continue to stand for the misogyny and the bigotry and the Islamophobia and the xenophobia that is being spewed from the White House,” said Harrell.

“As you saw on my day that I was being sworn in, the bigotry and the hate came out on the first day. It’s important for not only Philadelphia to be represented, not just Philadelphia Muslims, but the Muslims, and the Jews and the Christians statewide, because our diversity is our strength. We have to continue to occupy these spaces and to speak truth to power and to stand because if we don’t stand in solidarity, we are going to fall.”

In her speech, Harrell charged that “all Americans, white Americans, Black Americans, Latin-Americans, Asian-Americans, Muslim-Americans, Christian Americans, Jewish Americans — we all have a right to life, liberty and the pursuit of happiness. We stand in the gap, we stand together we stand with Ilhan, we stand for true democracy that’ll make America great.”

The rally was organized by Davis and Pressley for Omar, who’s received death threats while in office and has been accused by President Donald Trump of being unpatriotic.

Salima Suswell, trip organizer and board member for She Can Win Organization, was accompanied by her mother Majeedah Rashid, and daughter Laila Suswell. They said they were all inspired.

“I’m still processing it all because it was so powerful. It was so surreal,” said Salima. “We 100% are in support of Ilhan Omar. What our president has been doing to her is absolutely dangerous, it’s unfair. We are not going to stand for it, not as Black women, not as American citizens and not as Muslim women.”

Laila, 22, a political science student at Temple, was the youngest to travel with the Philadelphia group. She shared a similar view as her mother.

“I wanted to support Ilhan and Angela Davis in what they were trying to do,” she said. “I felt so amazed to watch so many generations of women from all over the world standing together. It just goes to show this is history repeating itself. You have Angela Davis fighting for the same thing she was fighting for decades ago.”

Landlord who wouldn't lease to Muslim pair must pay $675,000

DENVER — A Denver landlord who was recorded telling her tenant to find an "American person ... good like you and me" to sublease her property …

Would trust Movita more if she condemned the Islamic anti-Semitic speeches at the Al Aqsa Mosque in Philadelphia over a 4 month period, and the antisemitic songs Muslim children are being taught to sing at the Muslim American Society in Philadelphia on April 17, 2019

Johnson-Harrell last year closed the personal-care home she operated, and she filed for bankruptcy in November, citing $607,429 in liabilities.
That includes a $465,000 default judgment from a loan secured by the properties where she ran her business. She also has been the subject of several liens for unpaid Philadelphia property taxes, including three more filed by the city last week!!