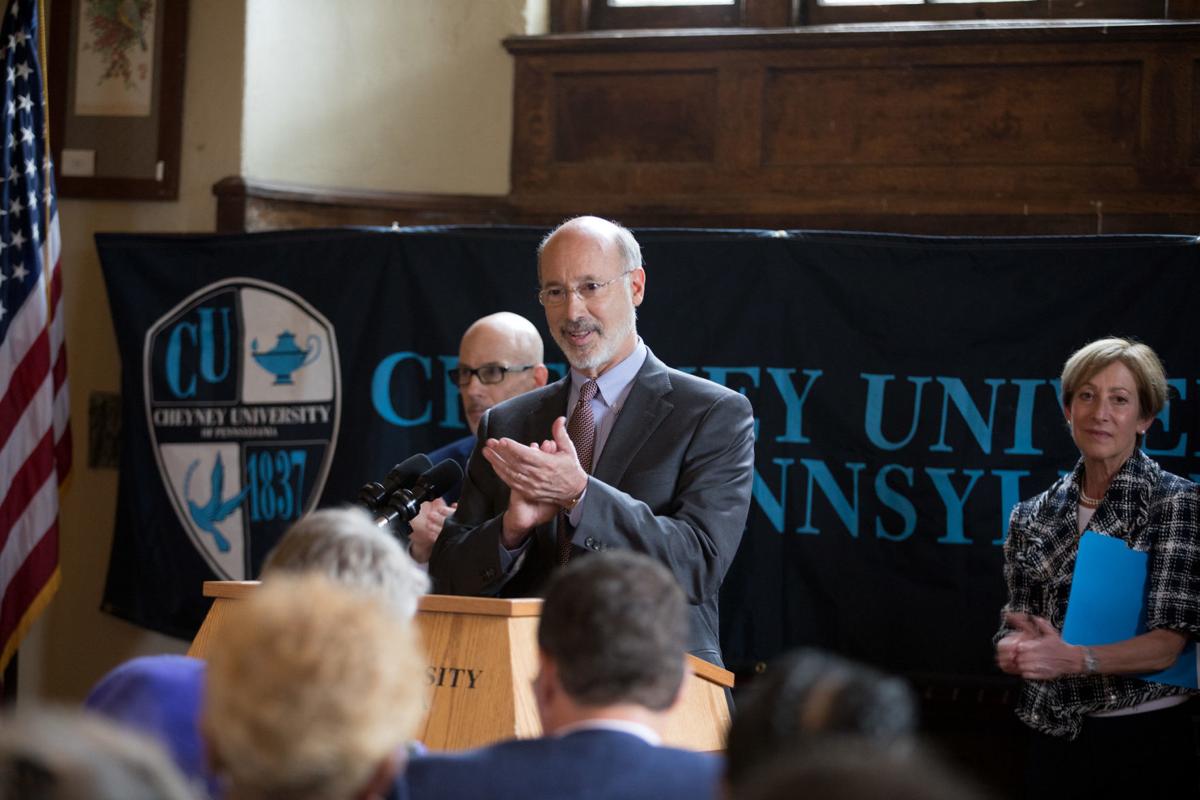 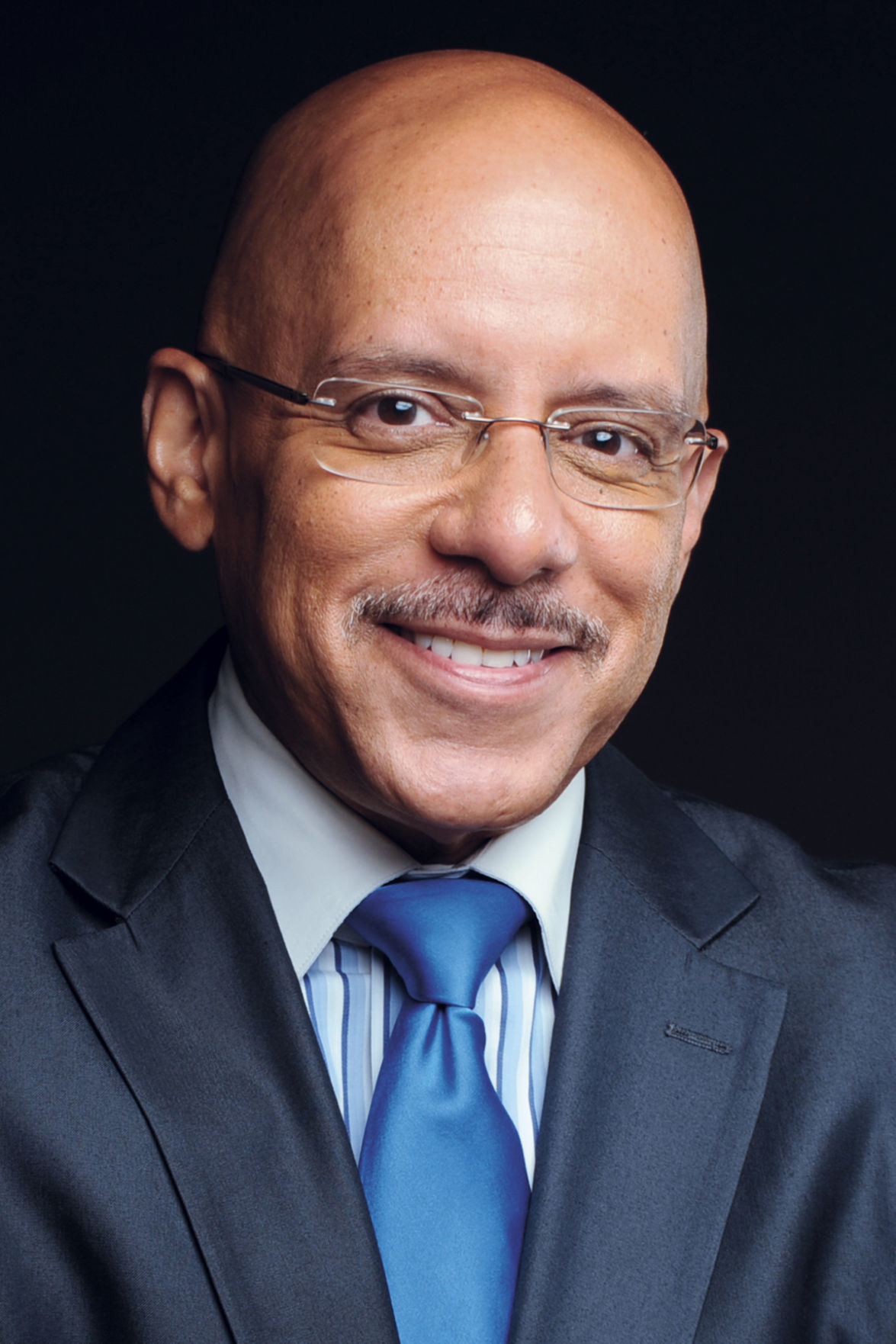 As financial and legal troubles batter Cheyney University, the school continues to have friends in high places.

“Cheyney University, as the nation’s first historically black university, is an important educational resource for many Pennsylvania students,” said Wolf spokesman J.J. Abbott in an email.

But as the university awaits a final determination of its accreditation status in November, which is essential to its survival, state officials deflected questions about their long-term financial commitments to the school.

Abbott said the governor continues to work with the Pennsylvania State System of Higher Education, of which Cheyney is a member, to support the university’s effort to balance its budget and “transform as an organization.” He did not respond to questions regarding the school’s accreditation status and funding for the school going forward.

PASSHE spokesman David Pidgeon declined to comment on Cheyney due to the ongoing legal complaint and accreditation process.

Hughes and Wolf helped Cheyney get a 2.2% increase in funding in this year’s budget after a high-level discussion with Cheyney officials in February.

But Cheyney already owed the state system, which includes 14 schools, $43 million and remains under federal monitoring over the handling of its federal scholarship funds. PASSHE officials have already agreed to forgive the bulk of the debt — $30 million — if Cheyney hits certain benchmarks in the coming years.

State Sen. Thomas Killion, who represents the 9th District where Cheyney is located, doubts the state system will ever see that money.

Killion said his biggest concern was the school’s accreditation status. The loss of accreditation “could be the end of the university,” he said.

“I don’t see how you survive without accreditation,” Killion said.

Daniel Greenstein, chancellor of the state system, has said it is highly likely Cheyney will lose its accreditation this year.

If Cheyney loses its accreditation, the university cannot participate in federal aid programs, cutting off millions of dollars in federal funding. A majority of the school’s first-time students received federal grants (72%) or loan aid (78%) in the 2017-18 school year, according to federal data.

Both Hughes and Killion declined to comment on whether they would continue to support Cheyney’s state funding if it loses accreditation. The school received a total of $13.4 million in state funding this year.

Robert Bogle, the president of The Philadelphia Tribune, is the chairman of the university’s council of trustees.

Middle States Commission on Higher Education, the regional accrediting body, put Cheyney on probation in 2015 over financial oversight violations, among other things.

If the commission removes Cheyney’s accreditation, it likely won’t happen immediately. The commission could extend the accreditation for a limited time as the university implements a “teach-out plan” to allow students to complete their education or transfer.

The school has made progress this year.

Cheyney officials have said they expect to log a $2.1 million surplus this year in their proposed $26 million budget, which PASSHE will review in October. School administrators have declined requests to review the budget.

Freshman enrollment jumped to 227 this year compared to 105 students during the 2018-19 school year when enrollment plummeted 38%.

Administrators also have said the school and its foundation raised more than $4 million in donations this year, although internal school documents the school released after a Right to Know request from the Tribune seem to contradict those figures.

A whistleblower lawsuit by a former Cheyney employee, which was filed in federal court in July and revealed last week, alleged school administrators misused federal education dollars, raided a scholarship program to pay university employee salaries, awarded full scholarships to undeserving students and inflated enrollment figures in an effort to save the school’s accreditation.

School administrators have declined to comment on the allegations due to the pending litigation.

“It’s heartbreaking to think about where [Cheyney] is right now,” he said, but he noted “positive trends” at the school in recent months.

El-Mekki’s nonprofit has partnered with Cheyney in the past on teacher-education programs.

Cheyney was once a prestigious teachers college that provided a valuable pipeline of African-American educators to Philadelphia and the region, El-Mekki said, but that reputation has diminished.

“It is a shell of its former self,” he said, “and I think a big part of our struggle in Philadelphia and Pennsylvania with teacher diversity is Cheyney’s struggles. So we are tied to Cheyney’s success and struggles in our teacher pipeline across the state.”

After successfully hosting the 84th Grand Chapter Meeting of Kappa Alpha Psi Fraternity, Inc. this past summer in Philadelphia, the Philadelph…

Coard: Black greek clubs can do better for Black folks

The Cheyney University C Club, Inc. has recently announced that it will honor Bill Ellerbee at the 9th annual Wade Wilson Golf Tournament &…

Cheyney: A balanced budget and more money for scholarships

Cheyney University came out of the weekend with a pair of victories, reporting the likelihood both of a balanced budget and announcing that th…

With Sunday looming as the deadline for Cheyney University to prove it has balanced its budget, Cheyney President Aaron Walton was optimistic …

Cheyney partnerships: Some successful, others see no movement

A year after Cheyney University rolled out big corporate partnerships, some investments have been paying off while questions remain about another.

Future of Cheyney U. at stake: Middle States meets to make final decision on school's accreditation

Cheyney University has run out of lifelines and delays over the status of its accreditation.