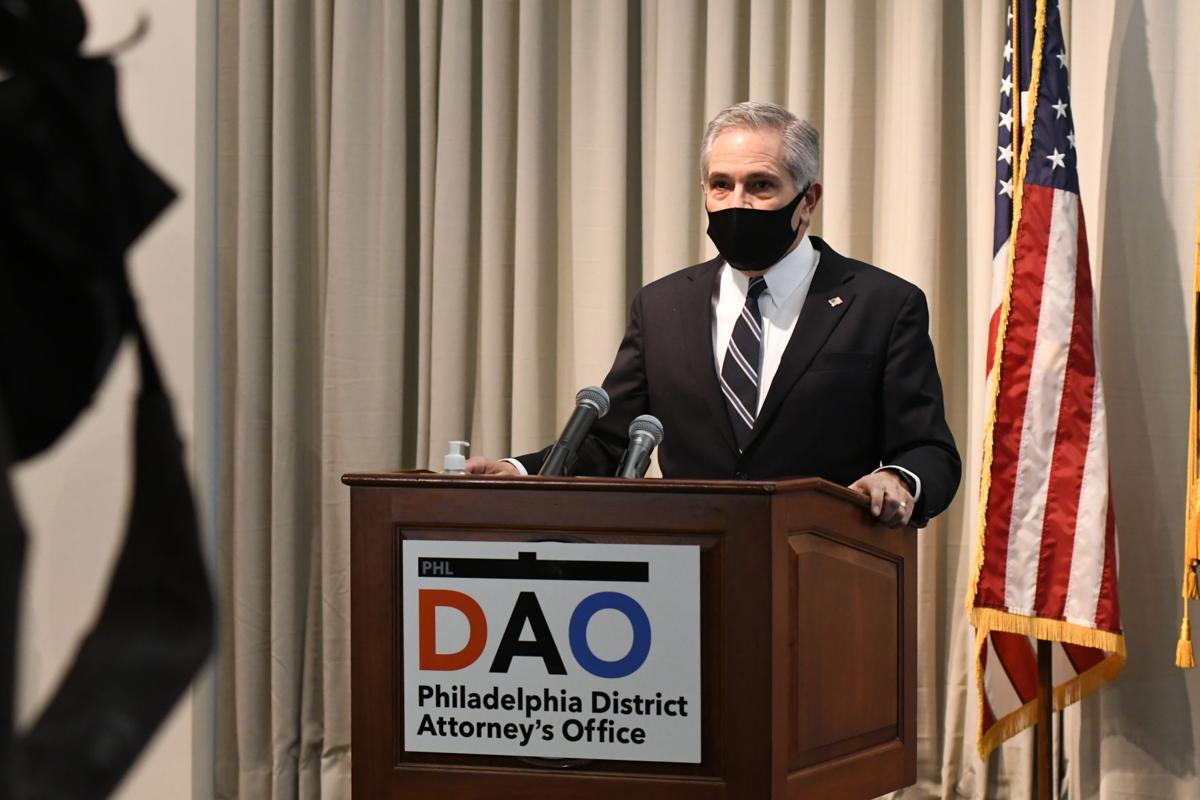 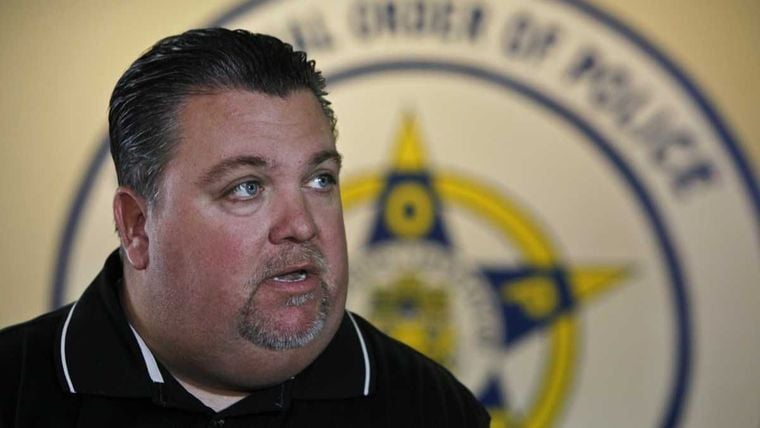 John McNesby, president of the Philadelphia Fraternal Order of Police, has traded barbs with District Attorney Larry Krasner since he captured the Democratic nod for his office in 2017.

John McNesby, president of the Philadelphia Fraternal Order of Police, has traded barbs with District Attorney Larry Krasner since he captured the Democratic nod for his office in 2017.

The head of Philadelphia’s police union has a new plan to try to derail District Attorney Larry Krasner from securing a second term: Get Republican union members to switch parties so they can vote for his Democratic opponent in the May primary.

“I have people in here, as we speak, reaching out to every member, having them switch from Republican … to Democrat, and Democrat back to Republican after the primary,” John McNesby, president of the Fraternal Order of Police Lodge 5 (FOP), said Monday during the Dom Giordano show on 1210 WPHT.

Pennsylvania has closed primary elections, meaning only a voter registered with a political party can vote in that party’s primary.

So the police union’s tactic could funnel thousands of Republican voters into the Democratic primary on May 18. The union represents approximately 14,000 active and retired members.

The effect of the union’s ploy remains to be seen.

The union does not track the political affiliations of its members so it’s uncertain how many Republican members are able to switch parties, said union spokesman Mike Neilon. The police union has never attempted such a maneuver.

“It’s a full-court press for this election cycle and this particular race to knock off Krasner,” Neilon said.

McNesby and Krasner have traded political barbs since Krasner unexpectedly won the crowded Democratic primary for district attorney in 2017 and cruised to victory in the general election.

The police union is backing Carlos Vega in the Democratic primary. Vega is a former prosecutor in the district attorney’s office whom Krasner fired along with others when he took control of the office.

Brandon Evans, Krasner’s campaign manager, said in an email the campaign was not surprised by the FOP’s strategy.

“John McNesby’s goal is to make sure that officers who cause harm are not held accountable in this town, and to return this city to the earlier days of an unequal and cruel justice system,” Evans said.

“That’s not what the Philly voters want, and its definitely not what the voters in the Democratic primary want. We therefore find ourselves totally unsurprised that he’s asking his [former President Donald] Trump-supporting Republican friends to switch parties to vote for our opponent they are backing.”

Lawyer Chuck Peruto is running in the Republican primary. Peruto, a former Democrat, has said he would end his campaign if Vega defeats Krasner in the Democratic primary, The Philadelphia Inquirer reported.

Jay McCalla, a former city deputy managing director, called the police union’s ploy an attempt to “negate the Black vote,” which primarily goes with the Democratic Party in the city.

“It’s a Hail Mary pass and not likely to succeed,” McCalla said.

McCalla added that the police union’s efforts were a tacit admission that the FOP did not believe it could defeat Krasner in the general election.

Philadelphia remains a Democratic city, with registered Democrats numbering 805,483 compared with 120,166 Republicans and 130,806 non-affiliated voters, according to the Office of the City Commissioners.

While a robust 66.3% of Philadelphia voters cast a ballot in the 2020 presidential election, the turnout for off-year local primaries is historically meager. In the 2017 primary that Krasner won, turnout was 17%. The city also will use no-excuse mail-in voting again this year.

Trevor Maloney, a spokesman for the Vega campaign, said: "As a proud Democrat, Carlos is thrilled to see more Philadelphians joining the party to make their voices heard in this upcoming primary.

“While we don’t know what kind of effect it will have on the primary, it’s a clear sign of the enthusiasm and energy around his vision to make the city safer and fairer.”

A comment from Trevor Maloney, a spokesman for Carlos Vega's campaign, was corrected at 12:20 p.m. on Tuesday.

A tip to police led to the arrest of a 22-year-old West Philadelphia man for allegedly raping a woman inside the Center City Macy’s this weekend.

Spurred by a spike in gun violence in Philadelphia, officials and activists are joining forces Friday to call for legislative and executive action.