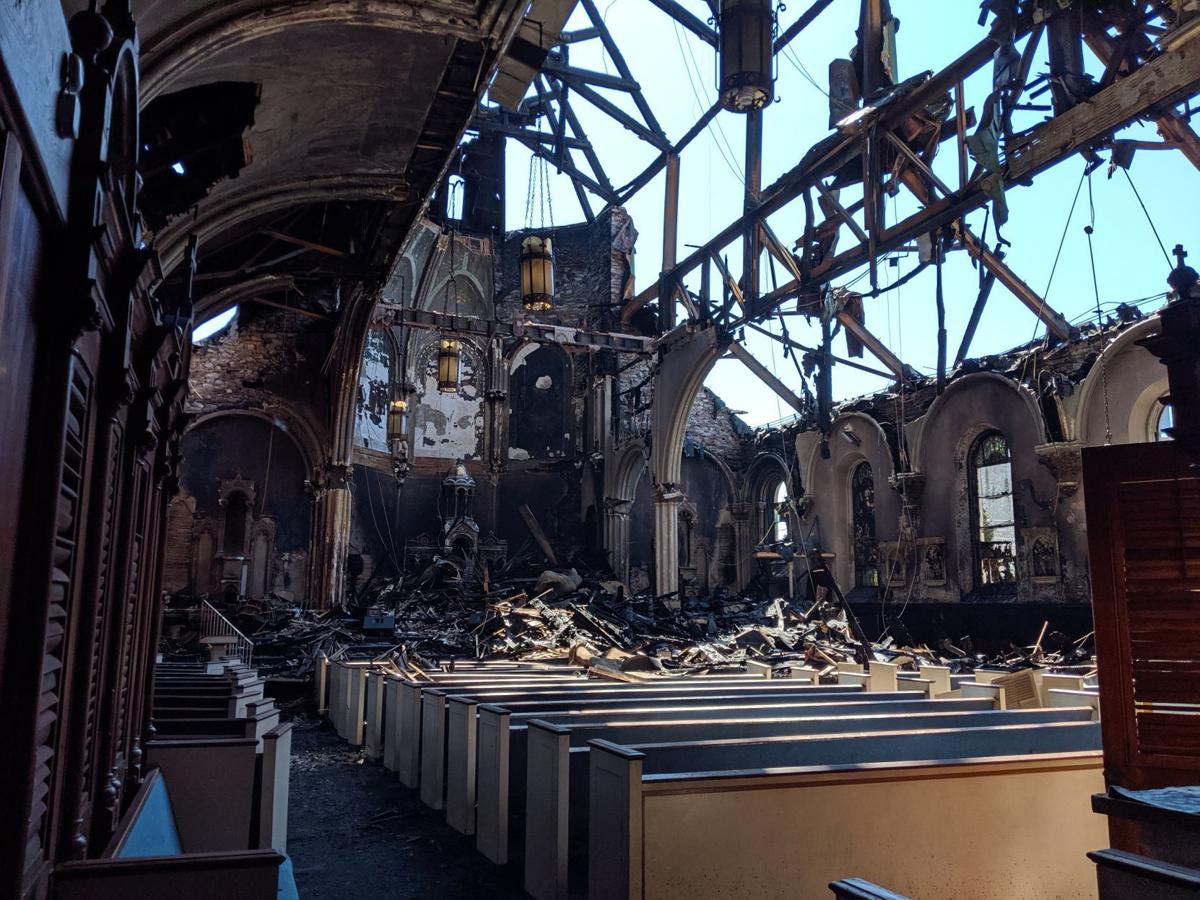 The inside of Greater Bible Way Temple in August after a fire tore through the house of worship. — Philadelphia Tribune Photo / Michael D’Onofrio, file 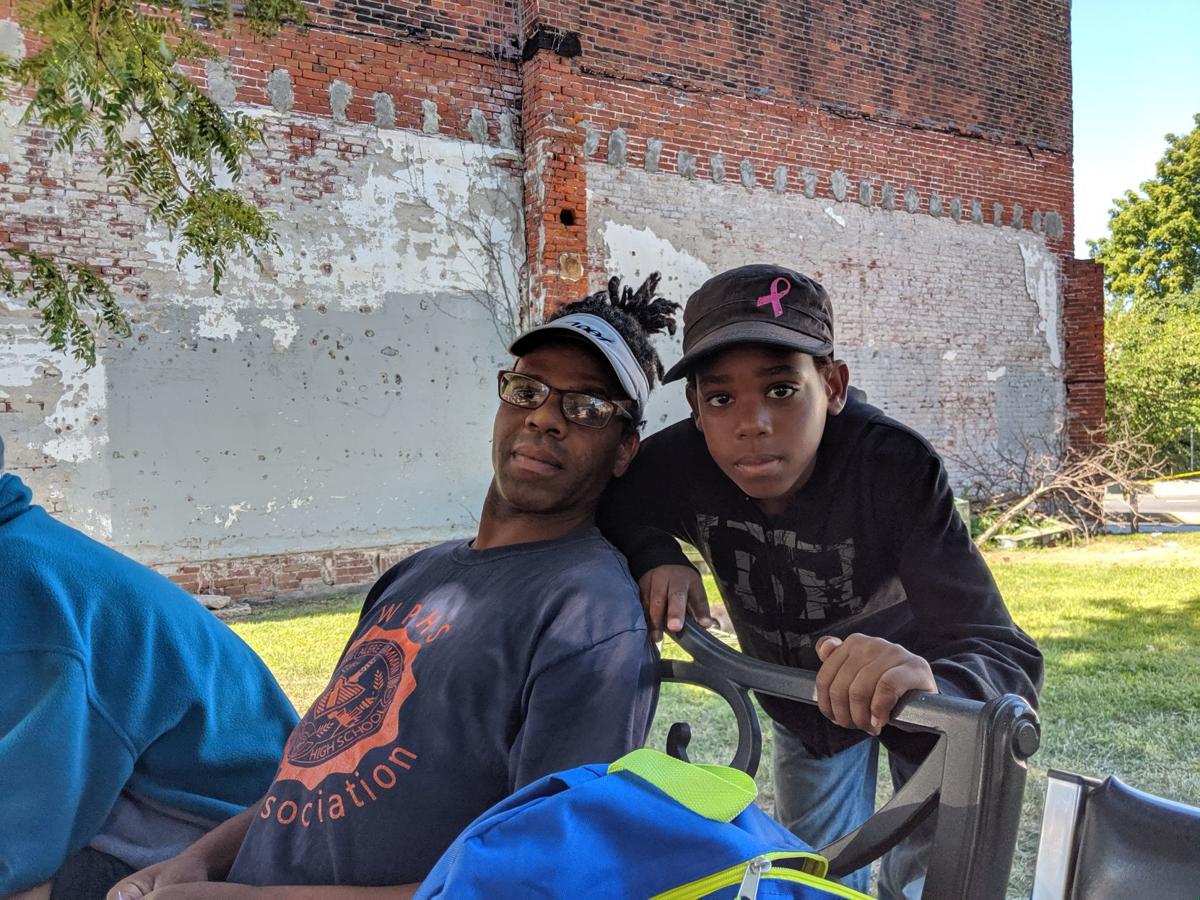 On Thursday, Anthony Thorp and his 12-year-old son, Montea, spend time in a vacant lot across the street from Greater Bible Way Temple. The two, as well as Thorp’s two daughters, remain displaced from the housing facility at the church following a fire. — PHILADELPHIA TRIBUNE PHOTO/MICHAEL D’ONOFRIO 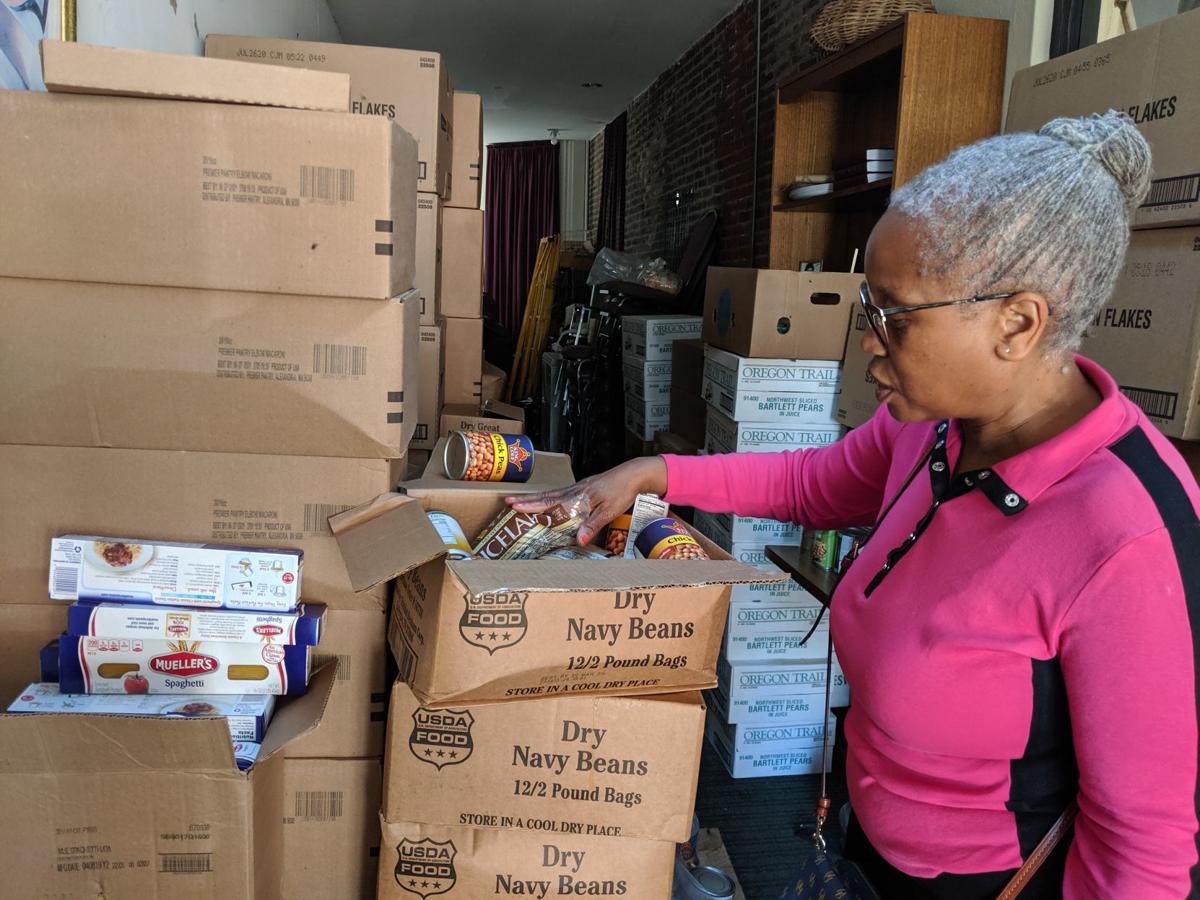 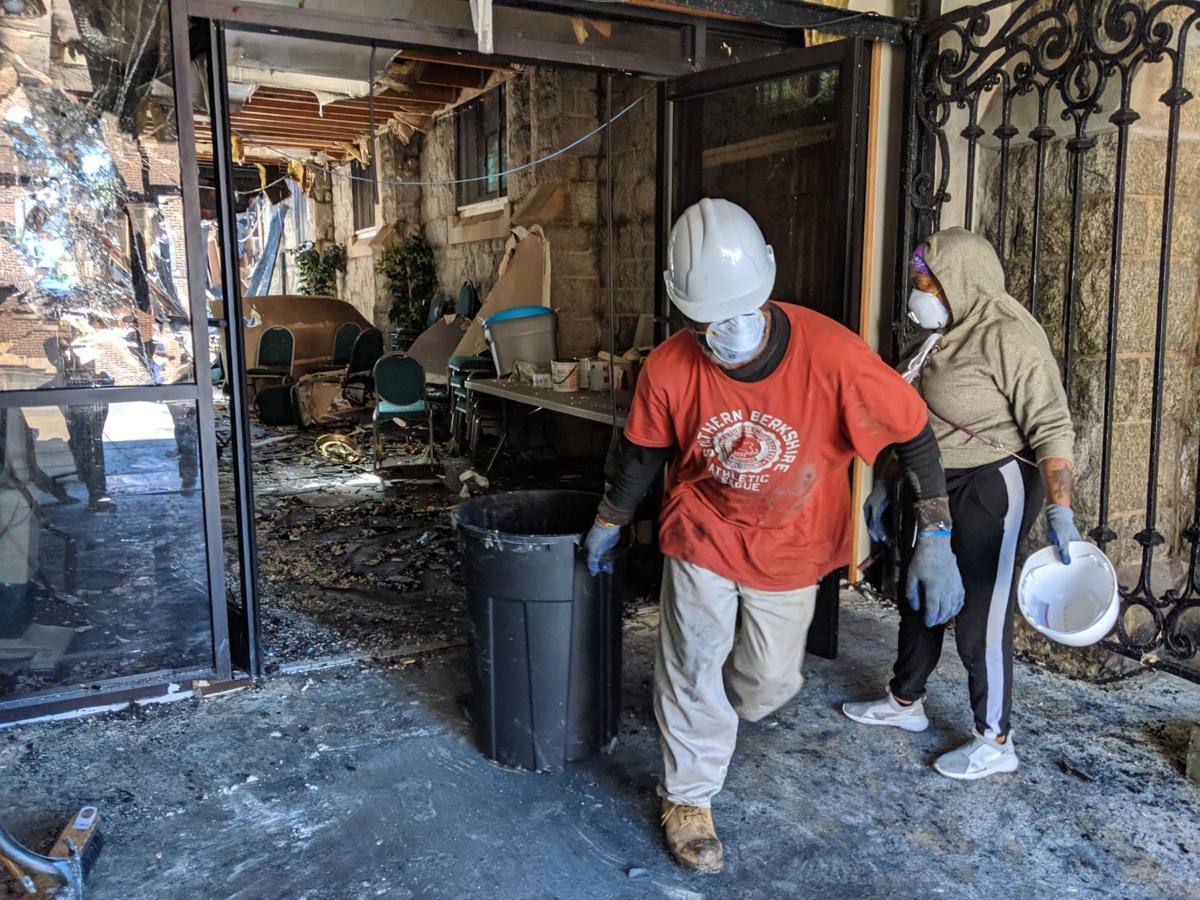 Church members haul out debris from an atrium at Greater Bible Way Temple on Thursday, days after a fire ravaged the church. 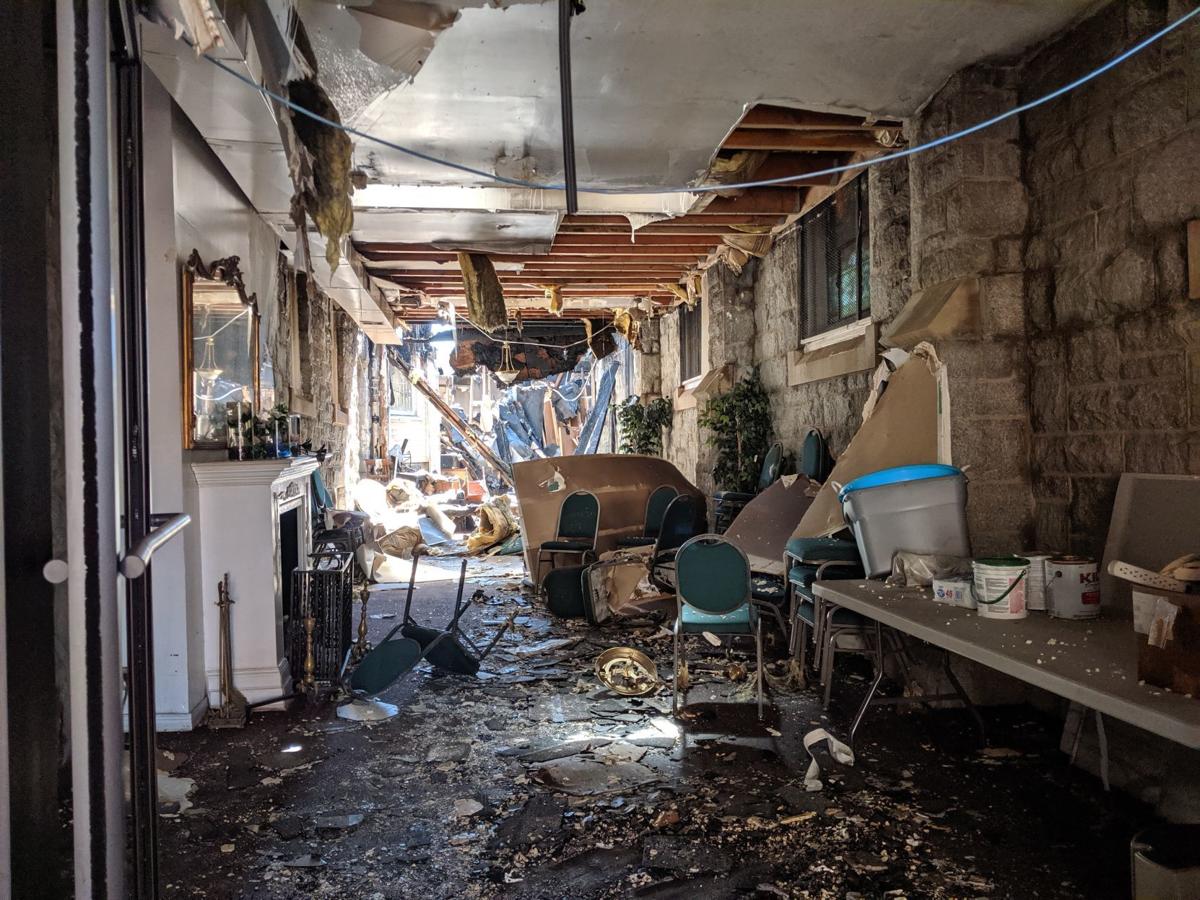 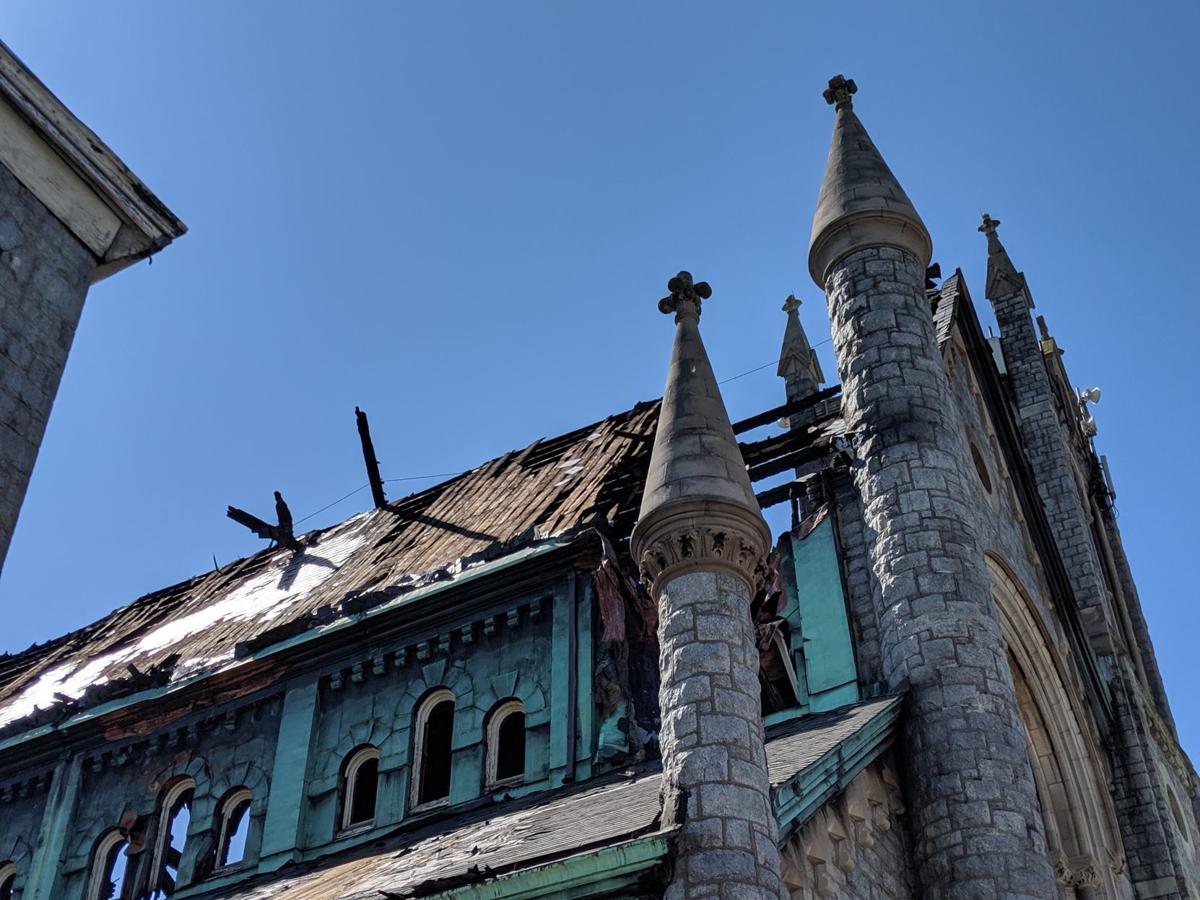 The inside of Greater Bible Way Temple in August after a fire tore through the house of worship. — Philadelphia Tribune Photo / Michael D’Onofrio, file

On Thursday, Anthony Thorp and his 12-year-old son, Montea, spend time in a vacant lot across the street from Greater Bible Way Temple. The two, as well as Thorp’s two daughters, remain displaced from the housing facility at the church following a fire. — PHILADELPHIA TRIBUNE PHOTO/MICHAEL D’ONOFRIO

Church members haul out debris from an atrium at Greater Bible Way Temple on Thursday, days after a fire ravaged the church.

A blaze that erupted at a West Philadelphia church this week has turned Anthony Thorp’s and his children’s lives upside-down.

The family was among the more than two dozen men and women displaced from the Greater Bible Way Temple’s housing facility after the fire caused extensive damage to the church.

The housing facility, located in a former rectory, has kept the 49-year-old Thorp and his school-aged children off the streets for seven years. On Thursday, Thorp sat under a tree in a vacant lot across the street from the church with his 12-year-old son, Montea, and a handful of the facility’s residents.

Montea, who is entering fifth grade, said he had cleaned his room in the shelter just before the fire.

With a family member caring for his two daughters, Thorp said he and his son stayed in a North Philadelphia shelter the previous two nights. However, Thorp doesn’t have a car and cannot afford public transportation, so the two had to walk nearly three hours to get from the church to the shelter.

Space is limited at the shelter, Thorp said, and he is struggling to provide stability for his children in the days before school starts.

“The children come first,” he said.

“Where else are we going?” asked James Spicer, 62, another resident of the church’s housing facility who was among those in the vacant lot.

Estena McGhee, director of finance at Greater Bible Way Temple, said church members were providing as much assistance as they could to the residents and were offering to help them apply for shelter, food and other services.

But after the fire, the church has limited funds, time and resources.

“People at the church, we have a heart,” she added. “Everybody falls on hard times at one time or another, so we try to assist people as best we can.”

The American Red Cross provided lodging for three residents while firefighters battled the blaze Tuesday night, said Sophie Kluthe, a spokeswoman for the Eastern Pennsylvania Region of the American Red Cross. The city, she said, took over from there.

The City’s Office of Emergency Management and Office of Homeless Services provided assistance to those who were displaced by Tuesday’s fire, said Deana Gamble, a spokeswoman for Mayor Jim Kenney’s administration, in an email.

Lodging was available to those residents, Gamble said. While some accepted the shelter accommodations, others declined.

The fire broke out at about 2:47 p.m. Tuesday. The fire was deemed an accident caused by an open flame from a torch being used on the roof of the church, said Karen Guss, a spokeswoman for the city’s Department of Licenses and Inspections, on Friday.

The flames completely destroyed the church roof, leaving only charred beams and some light fixtures. On Thursday, sunlight shined onto mounds of debris heaped on the altar and inside the nave of the church.

The church’s atrium, a gathering space between the housing facility and the church where wedding receptions and baby showers had been held, was also completely ruined.

The housing facility received only minor damage from the fire and water used to put it out. The building still smelled of smoke on Thursday.

The city’s Department of Licenses and Inspections classified the church as “imminently dangerous” on Wednesday, said department spokeswoman Karen Guss in an email.

Church leaders must consult with an engineer to address the safety concerns within days to secure the site, Guss said. If they don’t, the city will step in and could partially demolish the church.

Nonetheless, McGhee estimated the housing facility will reopen to residents within two weeks.

Members started a fundraising campaign on gofundme.com with a goal of $1 million. Bishop Benjamin Peterson Jr. estimated repairs will cost at least $3 million.

Peterson declined to answer questions on Thursday, but said the church had “a little insurance.”

In the meantime, McGhee said the food pantry, which was spared from the fire in the former rectory building, would reopen, offering rice, beans and other foodstuffs.

While church members repair the housing facility, Thorp said he had few options but would continue to seek city services.

Samuel Brown, 55, who was among the men sitting in the lot with Thorp, said he was confident the church would provide shelter soon.

While he sat next to his father and the other men, Thorp’s son Montea drew in a notebook. On the lined paper, Montea sketched a church with fire in the windows beside an image of a man covered in flames — “the guy that created it [the fire],” he said.

Montea questioned whether he would return to his room.

“I think they’re never going to fix this back up,” he said.

A fire that tore through a West Philadelphia church on Tuesday has left the stone building “imminently dangerous,” according to authorities.

Greater Bible Way Temple: Reaching out, ministering to 'least of these'

Having celebrated its 60th anniversary as a church, Greater Bible Way Temple is truly a family affair. The church was founded by Bishop Benjam…

At burned West Philly church: ‘All I want for Christmas is a roof on God’s house’

Under bright sunshine on a West Philadelphia street named Bible Way, they sang through sorrow and prayed for a resurrection.

The massive stone church at the corner of 52nd Street and Bible Way in West Philadelphia has stood for more than a century.

A West Philadelphia church remains a hazard after a blaze burned through the house of worship this summer.