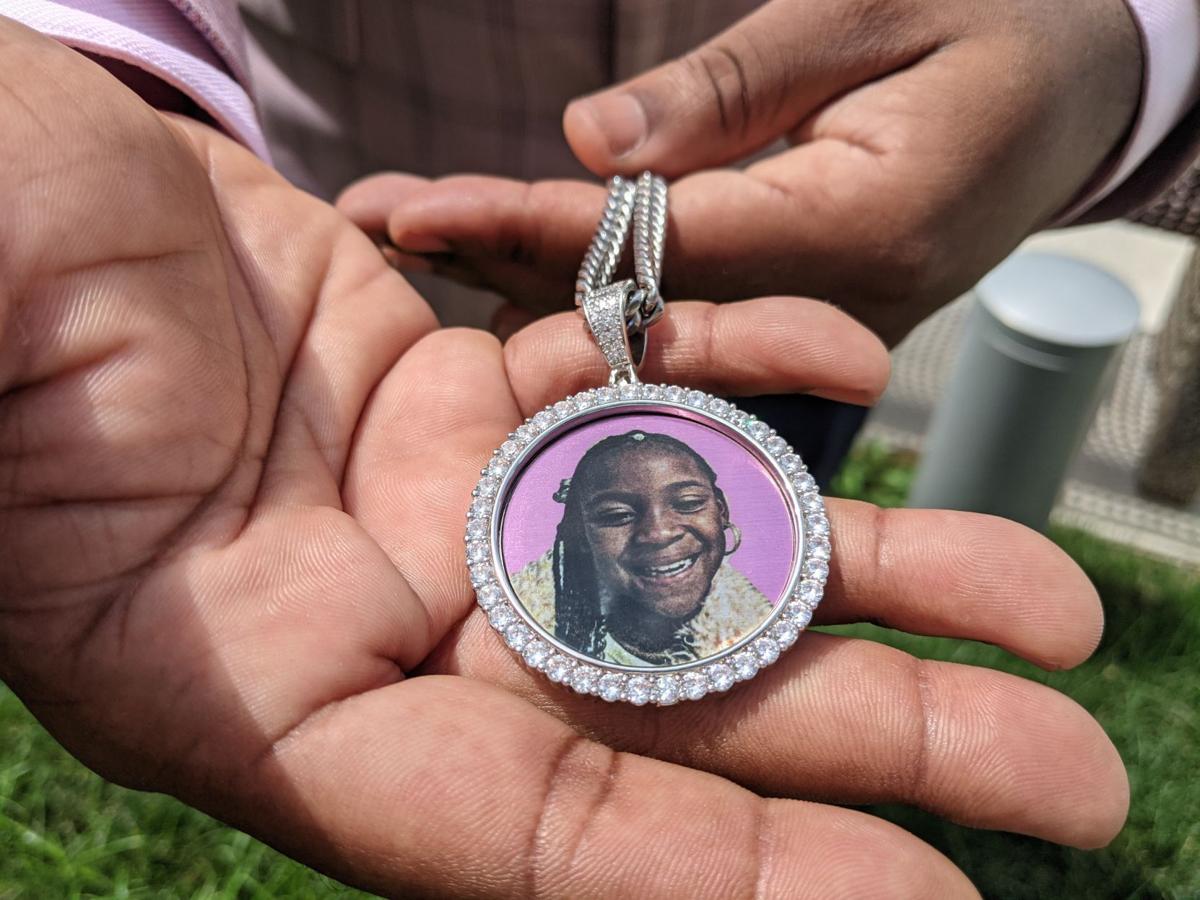 Warren Miles holds the necklace with a pendant bearing the image of his deceased daughter, Shanyiah. 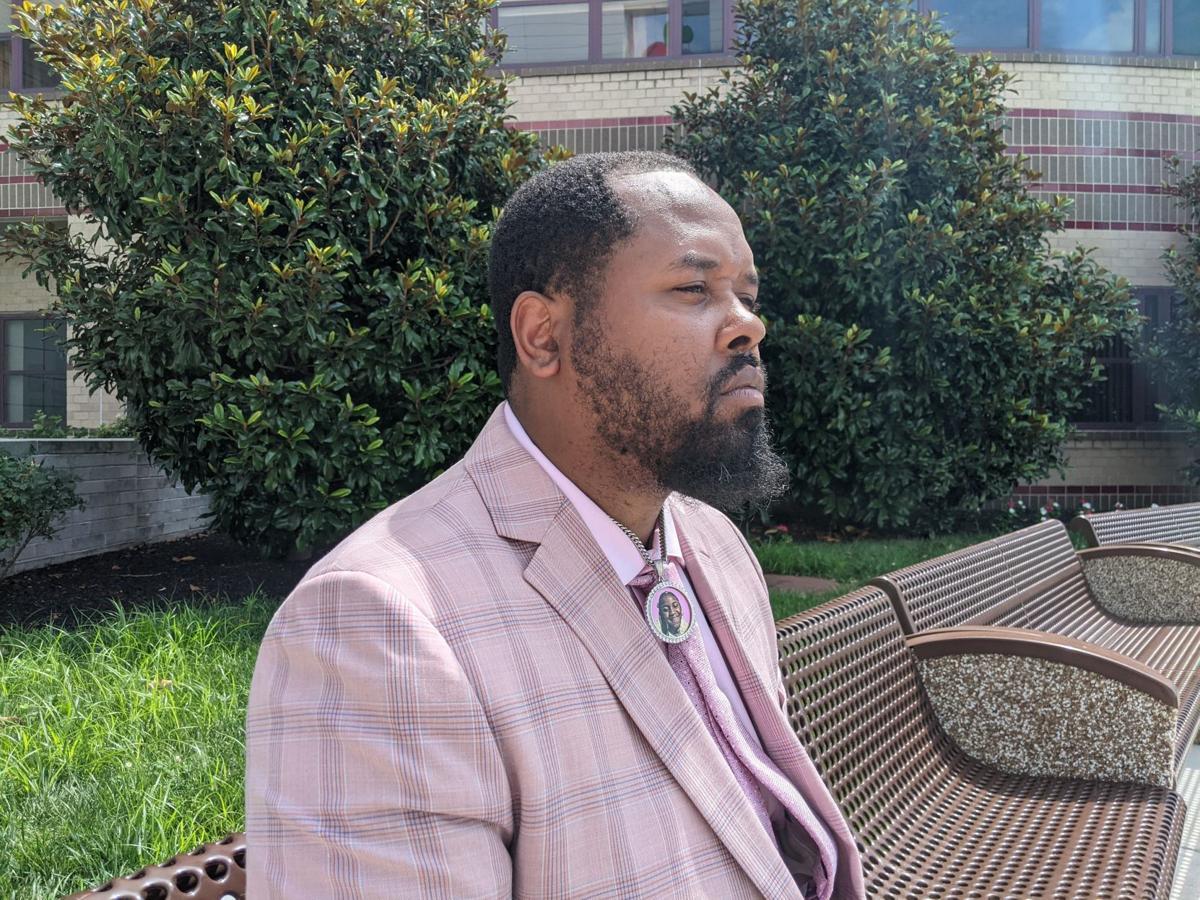 During Wednesday’s news conference at St. Christopher’s Hospital for Children, Warren Miles talked about how his 10-year-old daughter, Shanyiah, accidentally shot herself fatally after finding a firearm in their house. — TRIBUNE PHOTO/MICHAEL D’ONOFRIO

Warren Miles holds the necklace with a pendant bearing the image of his deceased daughter, Shanyiah.

During Wednesday’s news conference at St. Christopher’s Hospital for Children, Warren Miles talked about how his 10-year-old daughter, Shanyiah, accidentally shot herself fatally after finding a firearm in their house. — TRIBUNE PHOTO/MICHAEL D’ONOFRIO

The 10-year-old was resolute about attending college, becoming a baker and visiting Texas.

Instead, the girl found a .38 revolver, which was spray-painted gray, in an upstairs bedroom of her Kingsessing home and accidentally shot and killed herself July 1.

“She thought it was a toy gun,” said Warren Miles, Shanyiah’s father. “There was a loaded gun in the house. Nobody knew about it.”

Tyree Miles, who is Warren Miles’ brother, allegedly left the handgun in a bedroom. He was charged with involuntary manslaughter, possessing a firearm that he was not legally allowed to possess, and other charges, according to court documents.

Warren Miles said his brother had “no remorse whatsoever” for Shanyiah’s death.

“It was definitely a hurt piece because he was more worried about going to jail and more worrying about where he was at than worrying about the fact he left a loaded gun inside the home when there were children there,” Miles said. “He knew they were there.”

Now Warren Miles is calling on people to secure any firearms in their homes in order to prevent accidental shootings. He said his goal is to create a nonprofit — Protect Our Kids, or POK — to push that message and encourage families to communicate more.

On Wednesday, Warren Miles joined city and congressional legislators, medical professionals and others at St. Christopher’s Hospital for Children to highlight a gun buyback this weekend at two Black churches.

Individuals will receive a $100 gift card to Brown’s ShopRites with each turned-in working handgun or semi-automatic firearm.

While Council President Darrell Clarke acknowledged gun buybacks wouldn’t solve the city’s gun epidemic, he called them a “piece of the puzzle” for getting weapons off the street.

Philadelphia recorded 297 homicides through Wednesday, jumping 34% compared to the same time last year, according to the police department’s online database. Killings this year were on track to reach an all-time high: Since 1960, the highest recorded homicide rate in the city was 500 in 1990.

African-American Philadelphians are disproportionately the victims of homicides and shootings.

So far this year, 108 children have been shooting victims, of which 21 were fatal, according to data from City Council.

Donald Mueller, the chief executive officer at St. Christopher’s, said the hospital has treated two dozen children who were victims of gun violence this year.

“Today, teenagers are being disproportionately impacted directly and indirectly by the surge in gun violence, Mueller said.

“I have had to tell far too many parents that their son or daughter has died as the result of a gunshot wound injury,” Arthur said.

Warren Miles said the surge of gun violence in his Southwest Philadelphia community was severing the traditional lines of communications between neighbors.

“People are scared and they’re not communicating because they’re afraid to,” he said. “That’s the ripple effect and most people are afraid to speak up.”

Warren Miles wears a necklace with a pendant bearing the image of his deceased daughter. The back of the pendant reads: “I’ll always be here with you, Daddy.”