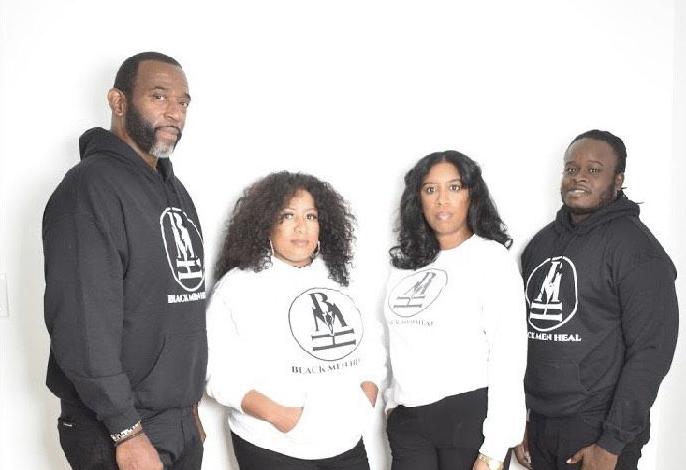 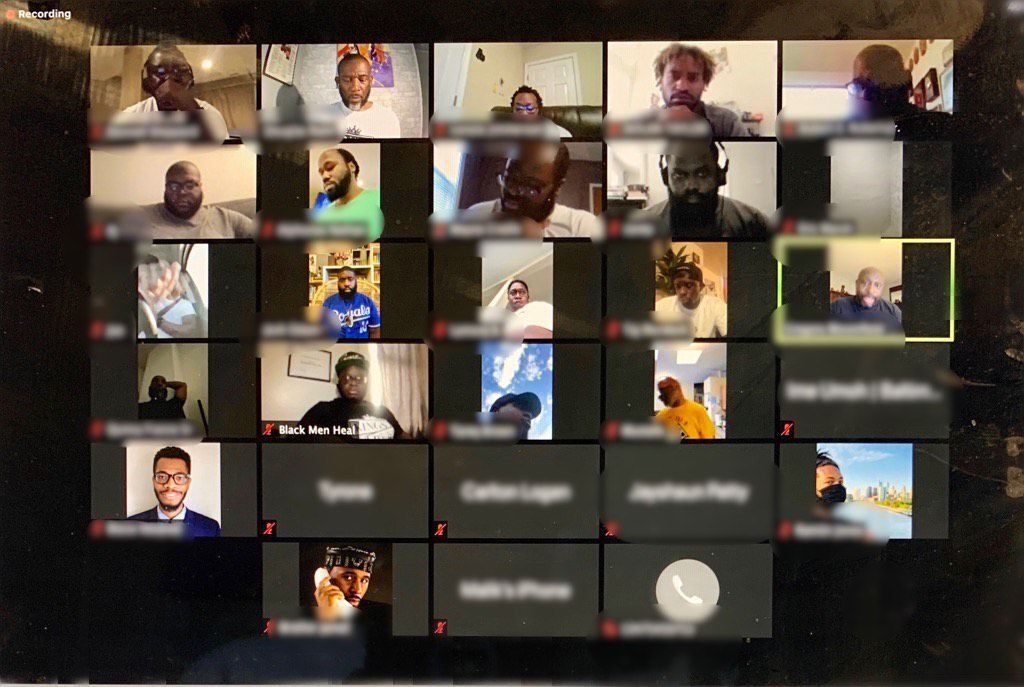 Screenshot of Kings Corner session "Mental Health Effects of Police Brutality, White Supremacy, and the Fed Up Revolts" that was conducted on June 7, 2020. Photo Submitted. 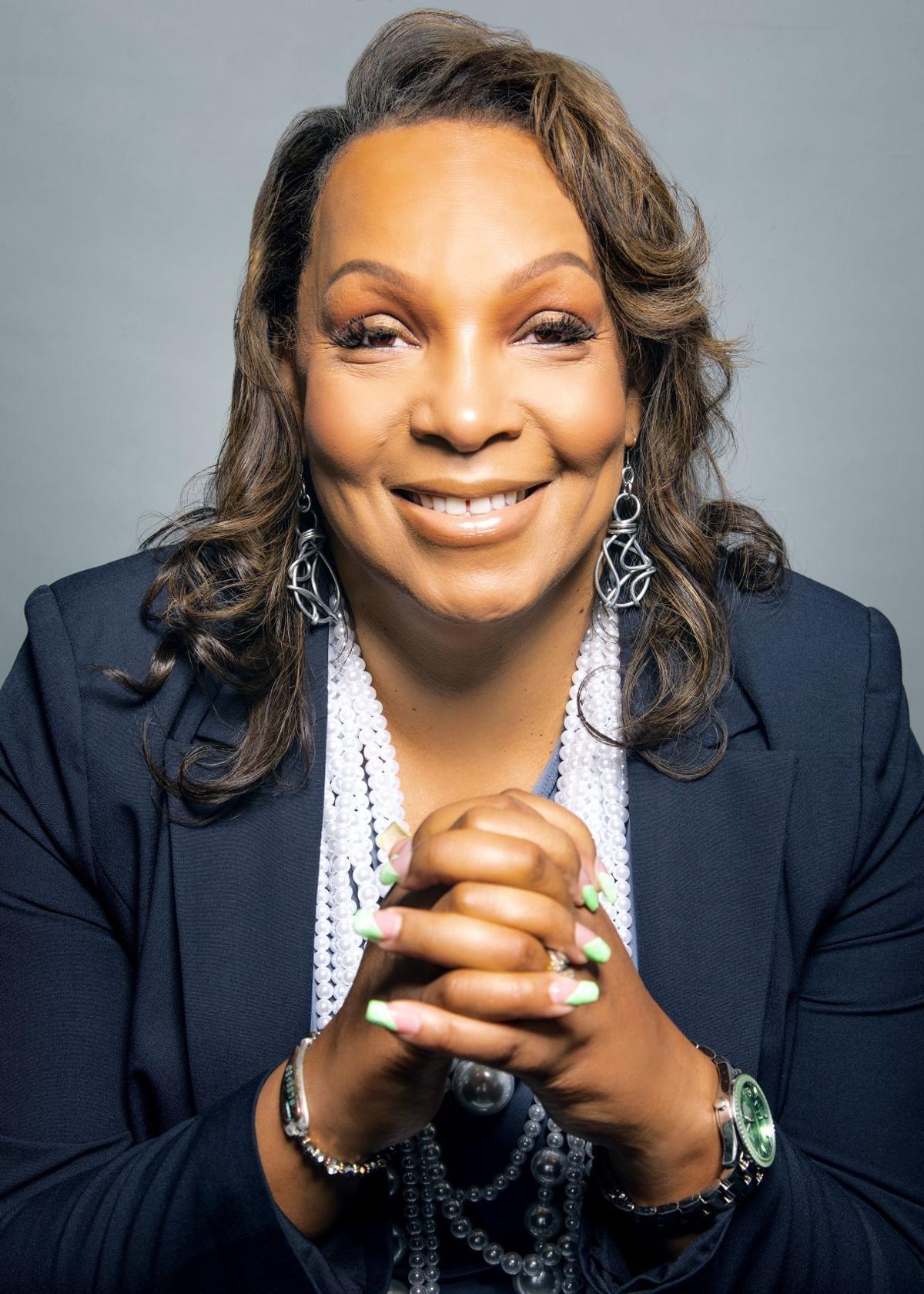 Trauma expert and licensed psychotherapist Angela Clack said in times like these, social media can be one of our biggest sources of trauma. Photo: Submitted

Screenshot of Kings Corner session "Mental Health Effects of Police Brutality, White Supremacy, and the Fed Up Revolts" that was conducted on June 7, 2020. Photo Submitted.

Trauma expert and licensed psychotherapist Angela Clack said in times like these, social media can be one of our biggest sources of trauma. Photo: Submitted

Images of the Walter Wallace Jr. shooting have been displayed online and across various social media channels resulting in it being watched and shared countless times since Monday night. Trauma expert and licensed psychotherapist Angela Clack said in times like these, social media can be one of our biggest sources of trauma.

“Those of us who are watching it on social media, it becomes a part of our long-term memories and is etched in our brain. We are now more exposed as bystanders and witnesses and observers, that post-traumatic stress disorder is also part of the narrative for people who weren’t directly involved but are witnessing this just like his mother and neighbors did,” Clack said.

Seeing these images can impact the viewer far beyond that initial encounter.

“Images like these get sensationally, which means all of our senses, imprinted in the brain. People will have a hard time sleeping because when they close their eyes, what will they see? They’ll see the image of him being shot. What would they hear? They’ll hear the gunshots. They’ll hear his mother’s cries and the wailing of the neighbors. Everything we see gets imprinted and stored into the brain and body as trauma,” the psychotherapist said.

She said in order to heal the entire community must come together to discuss how and why this incident happened.

“There needs to be a community conversation around what did we see here and how do we cope with this as a community because many people are still in the middle of post-traumatic stress due to the COVID-19 pandemic. So we have the grief, the mourning, the loss and the adjustment to all of that. People are raw with emotions right now. We’re in this hyper-aware state, where the next thing to happen is like the icing on the cake. People are breaking down. It’s too much, it’s too overwhelming,” the trauma expert said.

Clack said that when we see incidents like what happened to Breonna Taylor, George Floyd and now Walter Wallace Jr. happen so often, we begin to internalize them and see them as normal.

“We are becoming desensitized to Black trauma. We’re becoming desensitized to this happening and we’re receiving it like we’re not surprised. Remember this also follows on the heels of seeing the men who violently murdered Breonna Taylor not being convicted. When you keep seeing these injustices, you start to internalize them. We know someone’s not going to get in trouble. We have to continue fighting because our healing is dependent on that,” she said.

In trying times some people look to self-care as a way to cope. Nowadays, the phrase “self-care” has come to mean anything from binge-watching a favorite show to full-blown therapy. Clack said the kind of healing we need from the trauma of continued social injustice is more than that which can be solved with a warm bubble bath.

“The level of communal healing that’s required is beyond self-care. We have to look at self-care as something that is holistic — mind, body, soul and spirit. We need churches to open up or have a place for us to come together. We need opportunities to have a space to talk. We need groups. We need places where we can really experience relief. Self-care will not touch the pain that we’re talking about. It’s so much deeper because it’s internalized in who we are as a people,” she said.

Clack said things won’t change until we start learning how to deal with this trauma.

“The problem is that mental health has not been a place that traditionally has been an OK conversation for Black families because we’ve been told to keep secrets and to protect the family at all costs. But we now know that family secrets keep people sick, it keeps generations sick. If we don’t start opening up the conversations around our kitchen table, we won’t have those conversations in our communities. So it starts at home, it starts in our families,” she said.

“We set up Black Men Heal as a safe space because we felt like Black men didn’t have a safe space that was created just for them. We created a space so we could provide the men that come through our organization with other clinicians of color,” she said.

She offered ways to cope when dealing with racial trauma like the shooting of Wallace.

“Just unplug. We constantly see everything and it’s hard not to. Even if you don’t watch the news, it’s being shared on Facebook. We don’t have to keep reposting and resharing because the world is already a witness to our trauma, we don’t have to be a part of it. So what I suggest to Black people is just unplug from it, it’s overwhelming and it does affect our mental health,” Williams said.

The clinical director also suggested reaching out to other people. She said if you don’t have anyone to talk to, group sessions could be beneficial.

“We have this group session that we do every Sunday. It’s called Kings’ Corner. Every week guys can just log on. They share and they just talk about their frustrations. It’s a group of Black men just sitting around talking and helping each other. Many of them have gotten a lot out of it because the numbers have been growing every week,” Williams said.

Looting continued for the second night in Philadelphia following the police-involved shooting of Walter Wallace Jr. Shops up and down Aramingo…

The Kenney administration reimposed a curfew on Friday, four days after the fatal police shooting of Walter Wallace Jr.