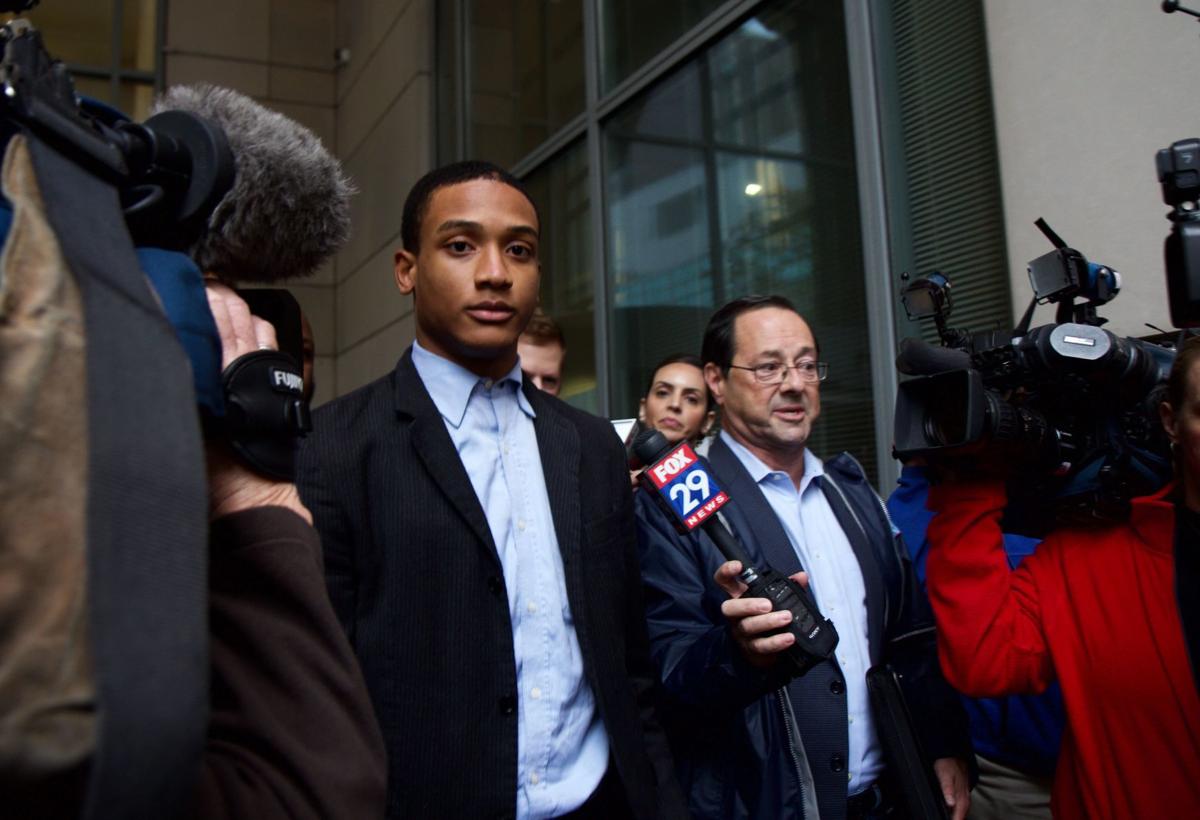 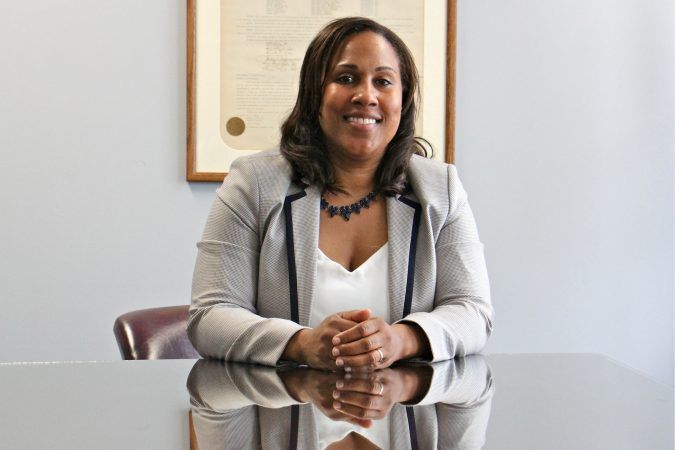 Keir Bradford-Grey began her legal career at the Defender Association of Philadelphia in 1999. — Emma Lee/Keystone Crossroads

Keir Bradford-Grey began her legal career at the Defender Association of Philadelphia in 1999. — Emma Lee/Keystone Crossroads

One day last summer, while preparing her defense of Michael White against manslaughter charges in the July 2018 stabbing death of Sean Schellenger in Rittenhouse Square, Keir Bradford-Grey glanced over at her client and asked him, “What’s wrong?”

White looked her dead in the eyes.

“I’m tired of having to prove myself just to get the benefit of the doubt that I’m not this person,” said White, an African American who believes he was vilified by some in the media.

Bradford-Grey, the chief of the Defender Association of Philadelphia, understood. Like White, Bradford-Grey felt that the 22-year-old White had been convicted in the court of public opinion well before he was found not guilty of killing Schellenger at the corner of 17th and Chancellor streets.

“He wishes, even now, that people would see him the way he sees himself — as a kid and not a monster,” Grey said. “He hates that this all happened. He was in fight for his life and we can’t lose sight of that. He was attacked aggressively and violently.”

Nearly one month after the conclusion of the controversial trial that was infused with elements of race and class, White and Bradford-Grey both spoke openly about the trial, the verdict and how White hopes to pick up the pieces of his life and move beyond what he said has been “the scariest year” of his life.

White sat stoically alongside attorneys Bradford-Grey and Johnathan Strange except for when he was on the witness stand. He remained even-keeled, even when prosecutors Antony Voici and Sherrell Dandy drilled him with questions and dangled the massive hunting knife he used to stab Schellenger in front of jurors who could have sent him to prison for 20 years.

“I was nervous every minute that I was sitting in that courtroom,” White admitted. “But I didn’t think about the consequences. I couldn’t because it would have been too much. So I stayed focused on telling my truth.”

White’s story is that he was defending himself against an older, larger man.

White testified that while making deliveries on his bicycle, he came upon a car carrying Schellenger and two friends — both of whom testified at the trial — that was blocked in by another car.

Schellenger exited the vehicle and was headed to confront a pair of African-American men in the stopped car.

After White stepped in and told Schellenger he didn’t need to be a “tough guy,” the former Penn State football player — who toxicology reports showed had cocaine and alcohol in his system — approached him and threatened to “beat the Black off him,” White testified.

White said he also heard racial epithets used at the corner, a claim that neither of Schellenger’s friends corroborated.

The jury, which included five African-American women, believed the defense. During jury selection, Bradford-Grey felt those five Black women on the jury would allow her to dispel what she thought was the stereotyping of White as a “lowly” Black male who had killed an “upstanding and promising real-estate developer.”

“Black women understand Black boys because they have raised them,” said Bradford-Grey, who is the mother of two girls and one boy. “They were not listening to what the media was saying about the case. I thought they would reject some of the stuff that was being portrayed.”

Part of Bradford-Grey’s strategy was to humanize White before the jury. In her closing argument, she referred to director Ava DuVernay’s docudrama “When They See Us,” which delves deeply into the arrests of five young African-American men wrongly convicted and ultimately exonerated in the 1989 rape of a white Central Park jogger.

Common Pleas Judge Glenn B. Bronson did not allow the analogy, but Bradford-Grey still made the case during her closing argument that the verdict should be reached using the facts of the case, not stereotyped media depictions of White and Schellenger.

“Mike hates what happened on that corner that night,” Bradford-Grey said. “But more than anything, through all of this, he wanted people to see him for who he is. He is not a monster.”

“But make no mistake about it, on that night he was attacked aggressively and violently,” Bradford-Grey continued. “It was important for jurors to see that fact. So yes, more than anyone in our society, Black women are capable of seeing Black boys like Michael as just that.”

A few days after the verdict, White’s uncle and aunt, Quinnell and Tonya Armstrong, said that their family — Michael White lives with them — had been the target of racial threats on social media.

“Another white man slaughtered — Philadelphia PA,” Quinnell Armstrong read from a social media post last month. “Another smart, promising white life slaughtered by a Black animal who was found not guilty. Get out of Philadelphia while you are still alive. They’ve [African Americans] already destroyed most of the city anyway. They’re like a cancer in the Northeast destroying one neighborhood after another.”

White hates hearing this. He said he wishes others would respect the verdict and allow him to go about his life and that “a day doesn’t go by that I don’t think about what happened.”

“I understand where the Schellenger family is coming from because I have experienced loss and grief all of my life,” said White, who lost one of his closest friends to gun violence when he was a teenager.

“It’s not like I can’t empathize with them and feel for them. I have relived that night over 1,000 times and every time I wished it had come out differently,” White continued. “But … if all I am getting is hate, then you are not creating the space for me to apologize. I have come to understand that hurt people hurt other people.”

White is back to work these days. He said he is also writing poetry, dabbling in music, and wants to go back to school at some point.

He said that what happened on the night of July 12, 2018, will be something he will carry for the rest of his life.

“I am thankful that the worst part is over,” White said. “I know that some people are never going to let me be who I am. I know they are always going to see me as a killer, but that’s not something I can change.

“What I can do is try to inspire young Black males to see them in a positive light,” he continued. “This has forced me to mature faster. In the process, I learned that my mission is to somehow help others feel inspired and to be a big brother — through music, through poetry, through the way I live my life. I have to be a positive example of a man that a Black man can become if he is given the chance.”

Over the last few days, prosecutors have tried to build a case to prove that the Black bicycle courier accused of fatally stabbing a white rea…

The family of Sean Schellenger, the developer who was fatally stabbed during a racially charged confrontation near Rittenhouse Square in July …