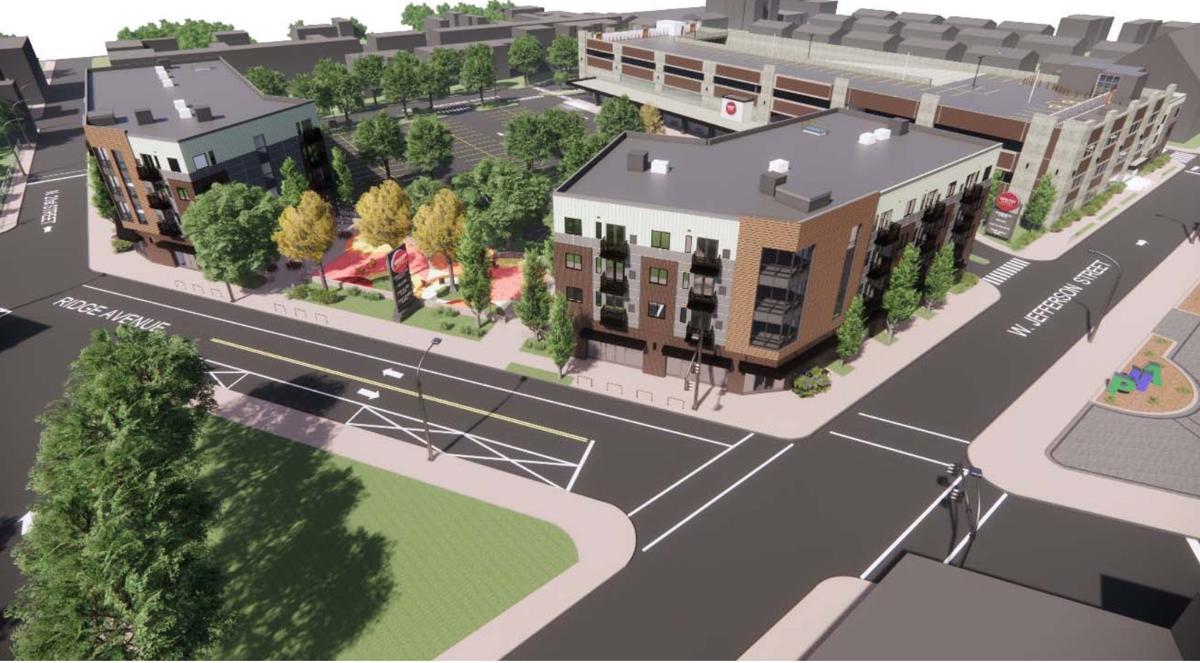 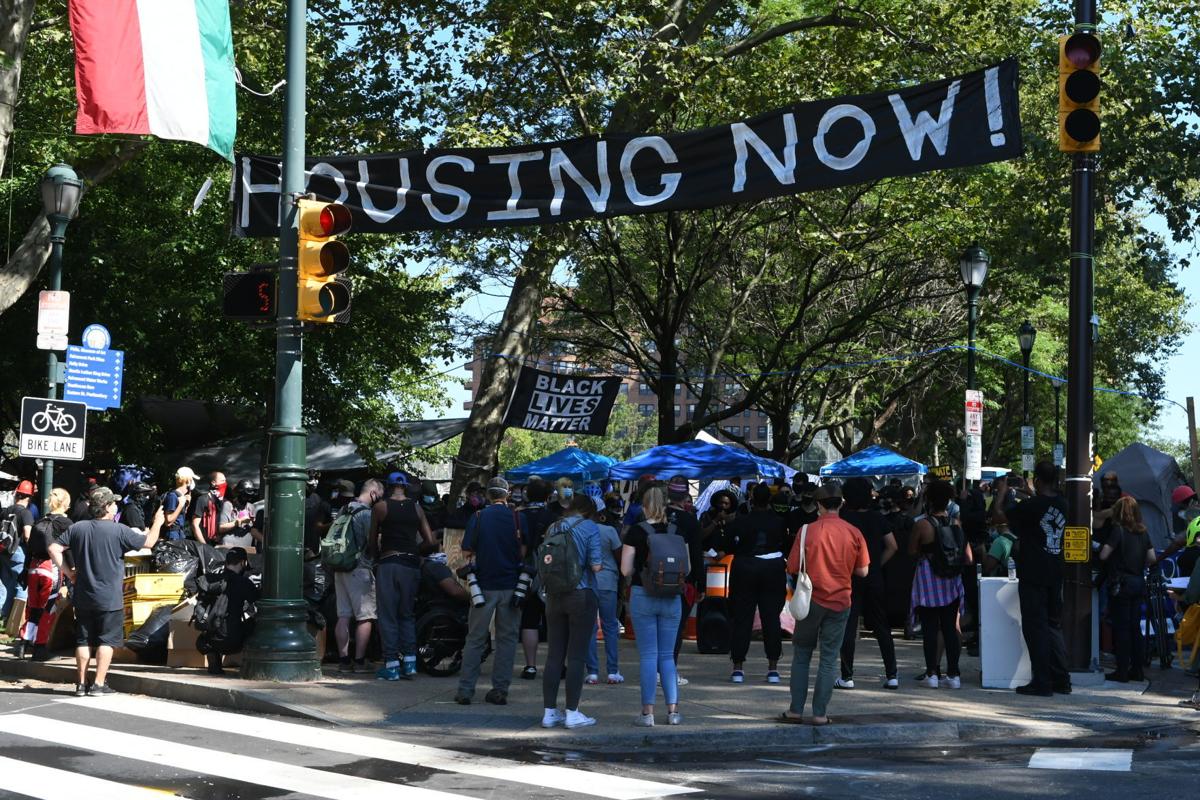 On Thursday, U.S. Eastern District of Pennsylvania Judge Eduardo C. Robreno put off making a final decision on a civil rights lawsuit filed by encampment protesters, who were seeking a temporary restraining order and injunction that would prevent the city from disbanding three camps.

Robreno listened to several hours of testimony on Thursday before he adjourned for the day and said oral arguments would resume on Monday. He said he expected to issue a final ruling on Tuesday at the earliest.

He said the city has agreed not to forcibly disband the three camps until he rules on the lawsuit.

“It will maintain the status quo,” Robreno said.

The judge also permitted the Philadelphia Housing Authority, which owns a North Philadelphia lot where protesters have set up camp, to submit a brief in support of the city.

Michael Huff, the attorney representing a handful of protesters, was optimistic after the hearing. He said the protests and lawsuit show the city’s shelter system was worse than living in encampments.

“The system is so broken that the only thing left for them to do is protest the way that they’re protesting and hope for change,” he said.

Andrew Richman, an attorney for the city, declined to comment after the hearing.

Testifying during the hearing, some plaintiffs alleged the city’s shelter system was unsafe and mismanaged, plagued by violence, drug usage, racism, and a lack of health protocols.

“You have a better chance of living and surviving at the encampment” than in the shelter system, Murray said.

Plaintiffs also alleged the city’s temporary housing options were inadequate, noting some who have made use of the system have returned to the encampments. They added PHA’s programs and policies that put individuals in public housing were inequitable and too slow to address the housing crisis in the city.

“It’s called fair housing but there is nothing fair about it,” testified Jonnell Johnson, 35, a nurse who also lives at the camp.

Stephanie Sena, an expert on poverty and public policy, testified for the plaintiffs the city lacked the beds and resources to house protesters and the overall need in the city.

“This was always a struggle” for the city, she testified.

The novel coronavirus pandemic in the city has increased the number of individuals seeking shelter in the city, according to Sena.

Before the pandemic arrived here in March, Sena said the city had approximately 12,000 shelter beds; the need was estimated at 16,000.

In the midst of the pandemic, the city also has taken approximately 10% of its shelter beds off line to adhere to social distancing protocols, Sena said.

Speaking about the encampment on the Benjamin Franklin Parkway, Gladstein said trash and drug usage were issues, and protesters were not practicing social distancing or wearing masks. The encampments also have generated hundreds of complaints from neighborhood residents.

Gladstein maintained the city had the space to house all protesters.

The Kenney administration has made around 200 beds in hotel rooms available for individuals as quarantine space during the pandemic. Gladstein did not say how many of those beds were filled.

He said she was not aware of issues in city shelters, but acknowledged a murder of a shelter worker at a shelter four years ago.

“I have no knowledge of the dangers of the shelters or property being stolen,” Gladstein said.

Gladstein did not rule out the protesters from using the city properties as sites of future protests, as long as they abide by city regulations for permitting and rules.

“Yes, that is different than using it for habitation,” she said.

Neighborhood declineResidents in the area of the Benjamin Franklin Parkway encampment were now “fearful of living” there and “seriously considering leaving the neighborhood,” testified one community leader.

“People no longer feel safe going up the street,” he testified.

Boylan said the neighborhood has declined due to the parkway encampment, which has brought increased trash, feces in the street, and aggressive panhandling.

He called conditions at the encampment “appalling.”

Boylan added that the encampment was negatively affecting businesses in the area, with some deciding not to renew their leases.

The encampment on PHA-owned property in North Philadelphia is jeopardizing a planned development on the site, said a PHA official.

Nicholas Dema, executive vice president for planning and development for the Philadelphia Housing Authority, said the encampment at 21st Street and Ridge Avenue could derail millions in federal tax credits essential to the development of a 98-unit, mixed-income housing project and supermarket there.

Construction was expected to begin next month.

In response to questioning from Huff, Dema conceded the developer, who is leasing the property from PHA, would set aside no units for those experiencing homelessness. He said 17 of the units were slated for low-income housing.

In a brief supporting the city, PHA said that allowing the encampment to remain would also send a “chilling effect on investment” in the neighborhood.

“Granting this injunction would amount to an injunction against the supermarket and nearly 100 new homes,” PHA said, according to court documents. “An injunction could unravel a decade of work to revitalize the Sharswood/Blumberg Neighborhood and deliver a supermarket to a food desert.”

It could be “decades longer” before a similar development plan is possible, PHA said in court documents.

PHA said in the brief that it did “not trivialize or discount the personal experience” of the plaintiffs, but it contended “their life experiences do not create a legal claim where none exists and do not entitle them to the sweeping relief” asked for in the lawsuit.

Encampment Impasse: Kenney a no-show after invitation to brunch with homeless protesters

Mayor Jim Kenney stood up encampment protesters on their invitation to break bread together on Monday.