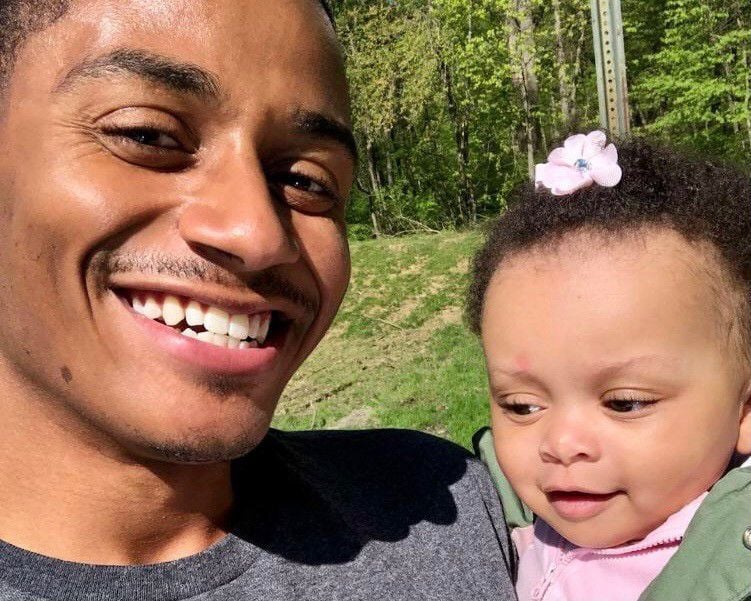 Marquise Dogan poses with his daughter Mylan. “We have to understand as parents, it’s all about our children,” he said. 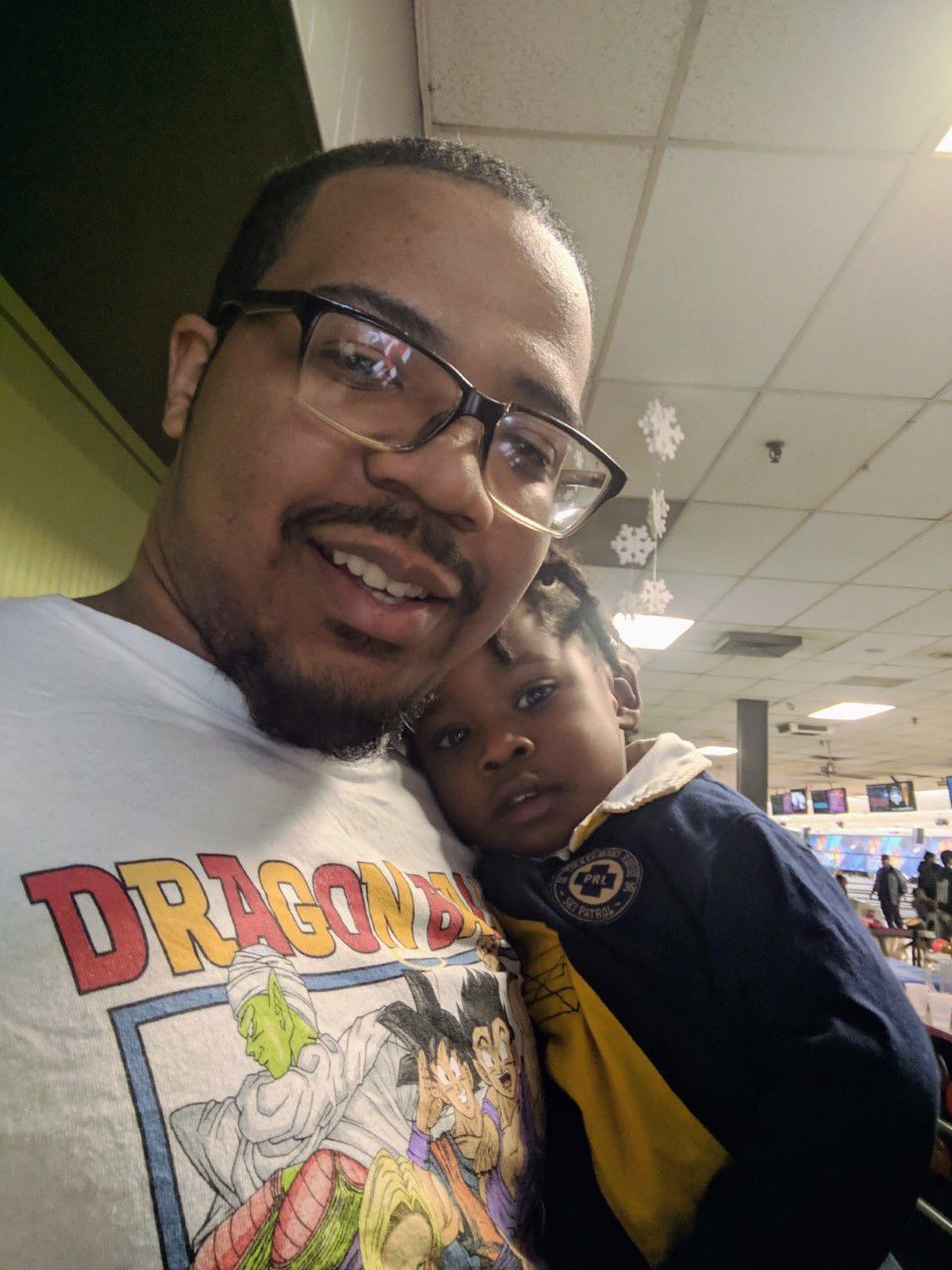 Jamal Peele holds his son Jaiden. He said DadLab has offered insight on how to cope with the stress of parenting.

Marquise Dogan poses with his daughter Mylan. “We have to understand as parents, it’s all about our children,” he said.

Jamal Peele holds his son Jaiden. He said DadLab has offered insight on how to cope with the stress of parenting.

“A bunch of things popped up and DadLab was one of those things that really stood out to me with their mission statement and what they want to accomplish in fathers’ lives,” said Dogan, whose 8-month-old daughter is named Mylan.

“I was just drawn to it. I’ve just been consistently attending their weekly online sessions and it’s been a blessing.”

Dogan has been participating in Zoom sessions on Thursday evenings where he and other parents share their parenting experiences and support each other.

“I’ve been getting a lot from DadLab,” said the 23-year-old West Philadelphia resident.

“This is a safe place for both fathers and mothers to come together and converse about parenthood and uplift each other and to ask those sensitive questions within partnering.”

He said the support group allows fathers to know that there are men who are willing to be in their children’s lives.

Dogan said he appreciates the various topics covered throughout the sessions, especially the ones addressing the importance of communication and co-parenting.

“We have to understand as parents, it’s all about our children,” Dogan said. “We have to learn how to basically put our pride aside and understand that we have to move accordingly in the best interest of our child and that is around education and extracurricular activities and just being able to have those open conversations.”

DadLab is open to new parents regardless of where their baby was born. The program, which has been offered by Einstein for the past two years, aims to help participants get off to a good start in their new role as a parent.

The sessions are run by Jay Cherney, a licensed psychologist, and Clarence Iszard, a health educator. About three to five couples have been participating in the weekly Zoom sessions.

“Getting dads more engaged as caregivers is a really big thing,” Cherney said.

“Besides looking at helping parents get more engaged with babies early on, we talk about communication and coordination between co-parents, which is a really important challenge within parenting.”

Cherney said that as facilitators they provide parents with information on ways to be a good parent, ways to bond with their baby and how to manage the emotional overload that comes with a new baby.

“We also really want to help people support each other and find their way of being a parent because it’s very personal,” he said.

“It’s a unique combination of parent and child and everyone has to find their own style and their own way that works for them.”

“We listen to the needs of the parents that come,” he said.

“We want to tune into what are their particular challenges, what’s most interesting to them and what do they want to learn. So it’s very personalized in that way. We really try to make a connection and understand the particular need at the stage because becoming a parent for the first time is an incredible life change.”

For Jamal Peele, participating in DadLab has been a significant learning experience.

Peele said he was drawn to the support group because he wanted more structure for learning about parenting.

“It’s still been extremely helpful despite the fact that I have the oldest child in there,” said Peele, whose 4-year-old son is named Jaiden.

Peele said he wished he was able to attend the DadLab Zoom session that covered the topic of postpartum depression and the different ways it takes shape.

“I actually ended up missing that meeting and I was saddened by that because my child’s mother had postpartum depression,” Peele said. “We ended up talking about it in subsequent meetings.”

As a new father, Peele wasn’t aware that his child’s mother was going through postpartum depression at the time. The depression was manifested not just in her crying but in other ways and he thought she was stressed out over being a new parent. Peele said he would have responded differently had he known that she was coping with depression.

Peele said DadLab has offered insight on how to cope with the stress of parenting and the importance of finding moments to take time for yourself.

“We recently have gone over how to deal with stress as a parent because obviously having children is stressful,” said the 26-year-old North Philadelphia native.

“It’s a job that you can’t really clock out of.”

Peele appreciates the camaraderie stemming from engaging with other parents attending DadLab sessions.

“When I hear other people saying the same struggles that I’ve gone through, I say ‘OK, it wasn’t just me,’” he said.

“Even though we don’t really know each other that well we are all parents in general and that’s what we’re here to talk about.”

A proposed apartment development has drawn the ire of some East Parkside residents.

Ian Smith is making his mark in the field of architecture.

Samuel Staten Jr. feels a sense of pride when he walks through the doors of the new Laborers’ District Council Training and Learning Center.