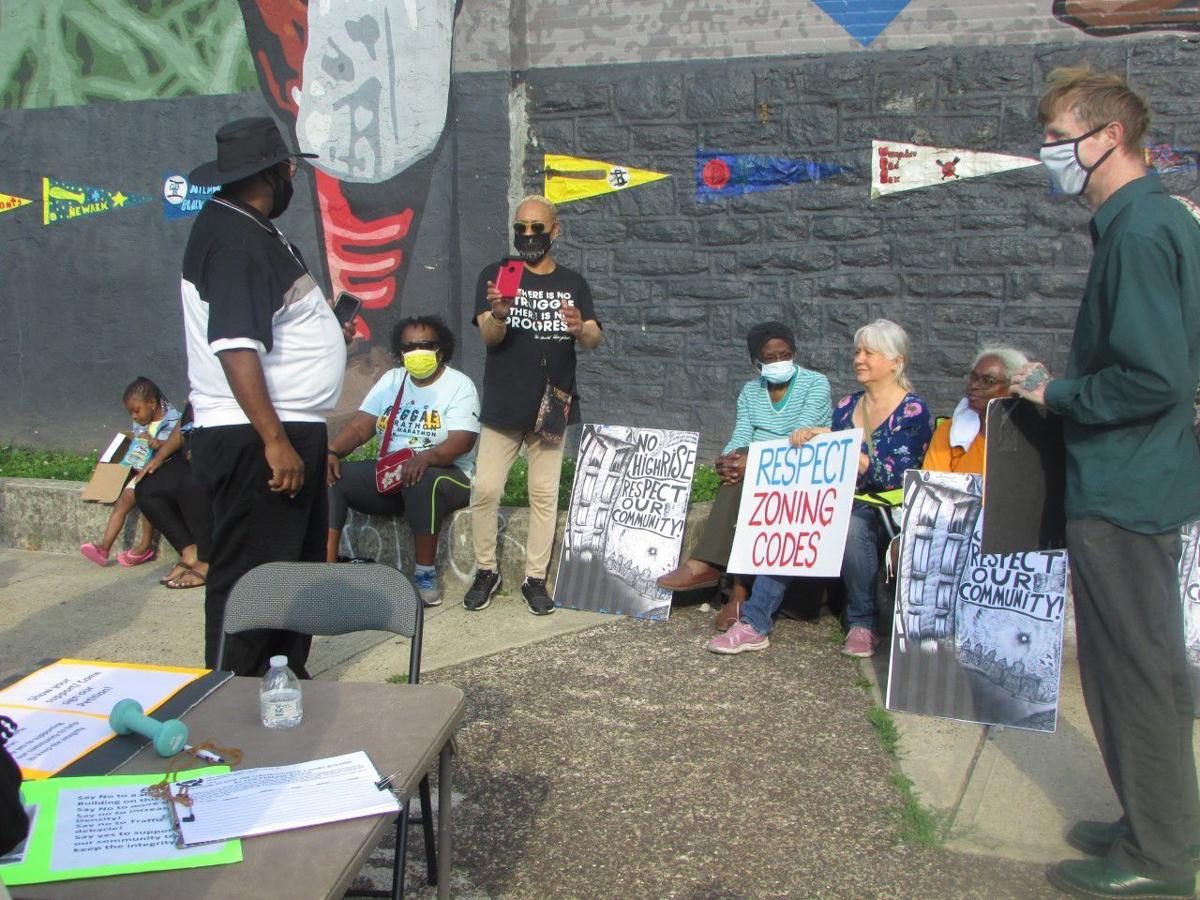 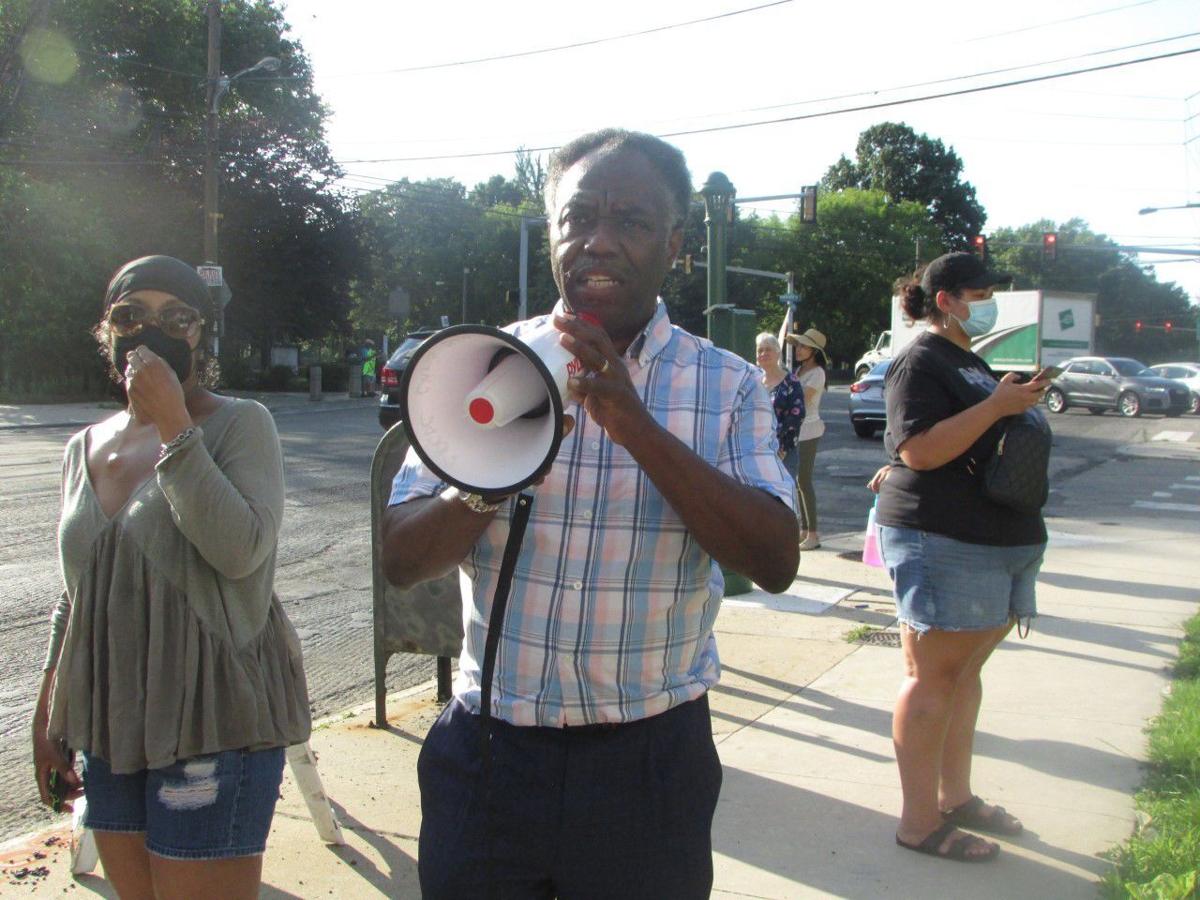 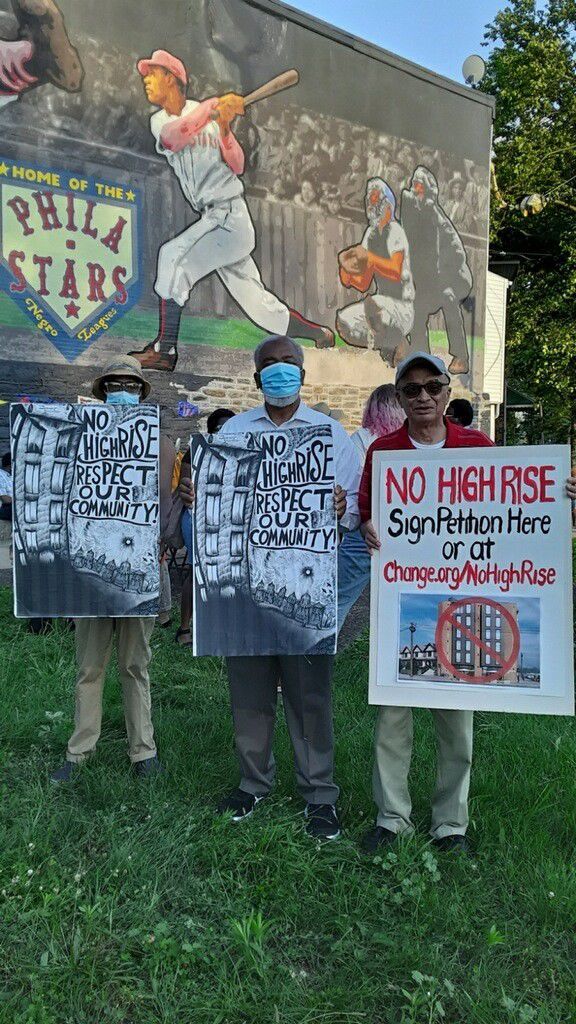 East Parkside residents protest against a proposed apartment development at Belmont and Parkside Avenue in West Philadelphia. Behind them is a mural of the Philadelphia Stars, a Black baseball team that played in Parkside in the 1930s. — SUBMITTED PHOTO 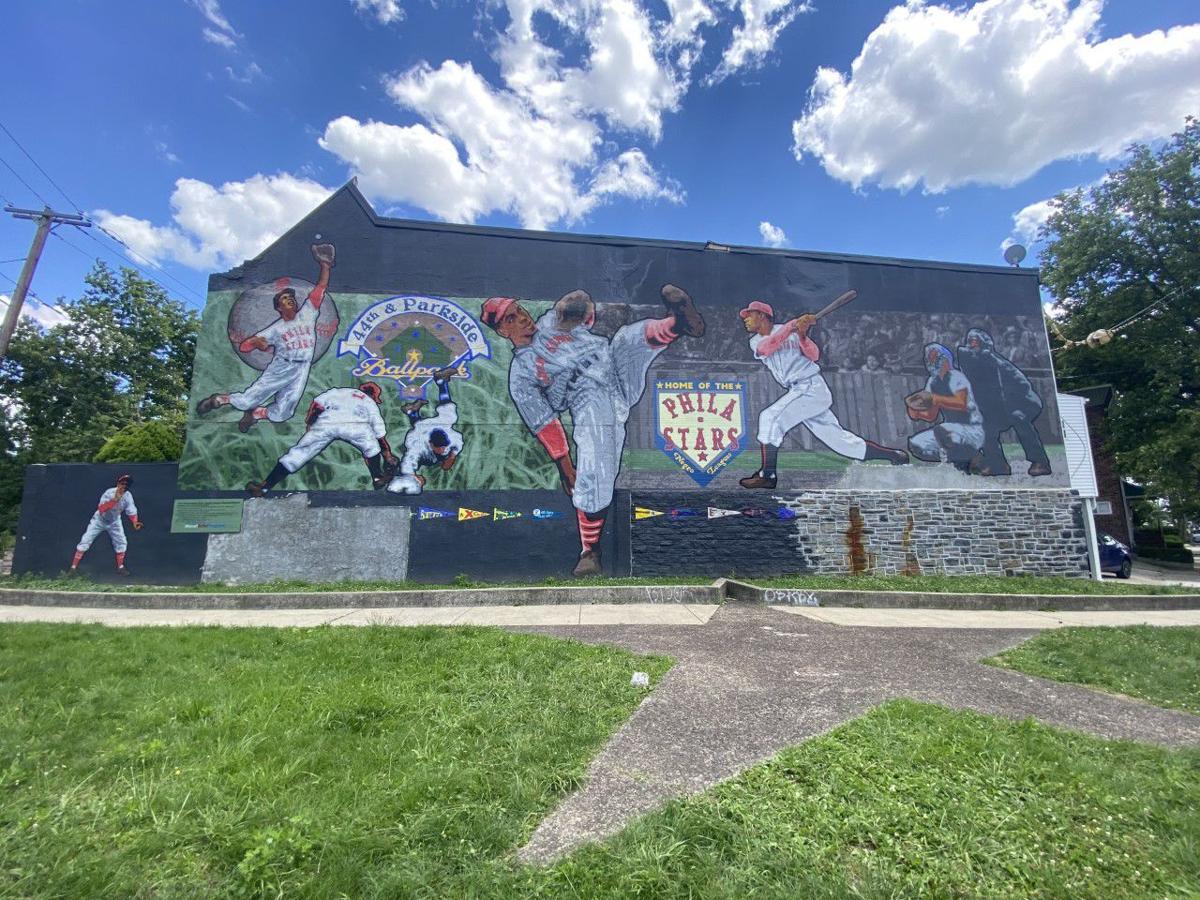 The proposed development would block a mural of the Philadelphia Stars, a Black baseball team that played in Parkside in the 1930s. The developer has offered to have the mural recreated. —TRIBUNE PHOTO/ABDUL R. SULAYMAN

East Parkside residents protest against a proposed apartment development at Belmont and Parkside Avenue in West Philadelphia. Behind them is a mural of the Philadelphia Stars, a Black baseball team that played in Parkside in the 1930s. — SUBMITTED PHOTO

The proposed development would block a mural of the Philadelphia Stars, a Black baseball team that played in Parkside in the 1930s. The developer has offered to have the mural recreated. —TRIBUNE PHOTO/ABDUL R. SULAYMAN

A proposed apartment development has drawn the ire of some East Parkside residents.

Developer German Yakubov seeks to build a six-story apartment building on the corner of Belmont and Parkside Avenue in West Philadelphia. Yakubov has applied for a variance to build a 69-foot-high building with 15 apartments and retail space.

However, neighborhood residents have voted against rezoning the site at 4306-4308 Parkside Ave. for this purpose. They say the development is incompatible with the community’s single-family home environment.

“We are saying that it is an outrageous case of overbuilding,” said Yvonne Haskins, an attorney who represents the East Parkside Residential Association.

“We are really concerned that the Zoning Board really seems to be ignoring that part of the zoning code that requires community participation. This community is clearly resolved to fight the destruction of the gateway to one of the most beautiful historic districts in the city of Philadelphia.”

The next Zoning Board hearing is slated for Wednesday at 9:30 a.m.

“There are other developers in and around our community and the city who are building smaller, affordable, realistic, profitable projects all day long,” said Bryan Harris, a longtime community resident and chairman of the East Parkside Residential Association.

East Parkside resident Joyce Smith said Yakubov’s projects are eroding progress made by local community groups that have worked with former City Councilmember Jannie Blackwell and the Planning Commission to get the area remapped to help preserve single-family housing.

Yakubov, who leads Haverford Square Properties, said his company is open to communicating with community members.

“We’ve been more than flexible,” he said. “We’ve offered several options to figure out a solution.”

“We could either scale the building down and make it five stories and eliminate three units, so it would be a 12-unit building, or conversely we could remain five stories of residential and make 20 percent of the units affordable with a deed restriction that would be in place for 50 years,” Yakubov continued. “Those are kind of the two compromises that we’ve offered.”

If built, the apartment building would block a historic mural of the Philadelphia Stars, a Black baseball team that played in Parkside during the 1930s. Yakubov has offered to relocate the mural across the street from the Philly Stars Baseball Memorial. The mural would be recreated on a 100-foot-long freestanding wall.

“The reason that this building is the size that is, is because nothing in life is free,” Yakubov says of his proposed development.

“So in order to move this mural across the street it’s going to cost about $100,000 for art itself and the actual canvas that it’s going to be sitting on.”

Yakubov said the first floor of the development would offer a coffee shop that would be themed with African-American baseball memorabilia.

City Councilmember Jamie Gauthier, who represents the 3rd District in West Philadelphia, said her office plans to oppose the zoning variance based on a couple of factors.

“For us, it’s problematic both in terms of the aesthetics of the block but also in terms of the developer having the gall to hold the future of a neighborhood landmark hostage based on the zoning decision,” she said. “We don’t think that is an appropriate way to conduct yourself in the community if what you want is a partnership and a relationship.

“He is saying that he needs whatever revenue that would come from this project to be able to pay for the relocation of the mural,” Gauthier said. “That just puts the community in an incredibly difficult position. They are being asked to sign on to something that they don’t think fits into the context of their neighborhood. Putting the community into a box doesn’t display that you have a genuine interest in collaboration and that is something that we as an office cannot condone.”