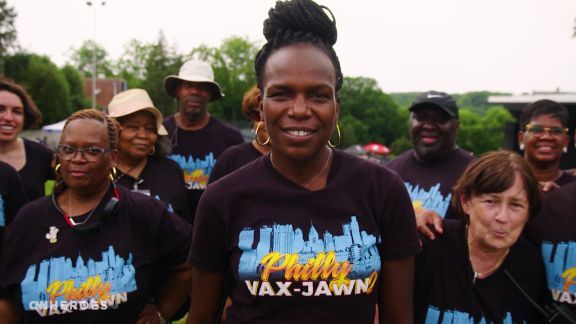 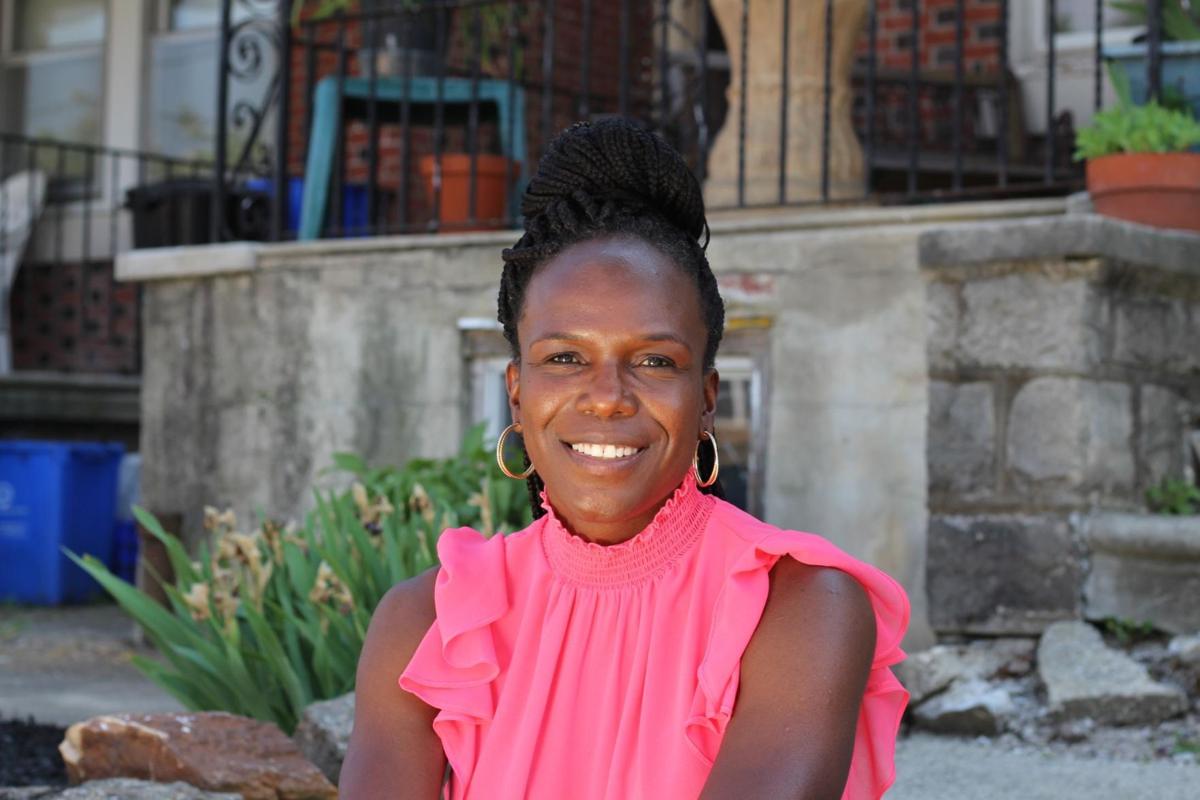 Earlier this week, Philadelphia Mayor Jim Kenney announced that 70% of the city's adults had received at least one dose of the coronavirus vaccine -- reaching President Biden's goal for the nation ahead of schedule.

Yet that doesn't tell the whole story. Only one-quarter of those vaccinations have gone to Black residents even though they make up more than 40% of the city's population.

Throughout the pandemic, people of color have been devastated by Covid-19 in the US -- dying at a much greater rate than white Americans. Now, as deaths have fallen with increased vaccinations, those dying are younger and more disproportionately Black.

Since April 2020, Dr. Ala Stanford has been working to change that. Her group, the Black Doctors Covid-19 Consortium, has brought testing and vaccines to more than 75,000 residents of Philadelphia's minority neighborhoods.

"We are intentional about focusing on communities that have the low vaccination rates and the highest positivity rates," said Stanford, whose organization has been praised as a model to reduce health care inequality by the CDC. "Those who are most vulnerable ... they need to have the support."

It's an unlikely path for Stanford, a pediatric surgeon, but she's always defied expectations. Born to teen parents in north Philadelphia, her family often struggled to make ends meet. But that didn't keep Stanford from dreaming big.

"I knew I wanted to be a doctor from the time I was about 8 years old ... and I never believed I couldn't do it," she said. "That grit that comes from being a poor kid raised in Philadelphia is what has given me the tenacity to press on, no matter what."

She became a surgeon and built a successful private practice. But in March 2020, her work slowed dramatically when the country shut down, so she hunkered down at home with her husband and three young sons.

Early that April, she was disturbed to hear about the high fatalities of Black residents in Philadelphia. Then a Drexel University researcher reported that people in affluent white areas of the city were being tested six times more frequently than those in poor minority areas.

Stanford knew that people of color were more vulnerable to Covid-19 for many reasons, including that they were likely to be essential workers. Knowing they weren't getting tested deeply upset her.

"This was your working-class community. They were keeping the city and the country running," she said. "But wherever Black people were, one thing that was tough to come by was testing."

So, she gathered up PPE from her office, got testing kits, rented a van and headed out to bring free testing to areas where positivity rates were the highest.

"The first day we did a dozen tests. The second time we went out, we did about 150 tests. And the third time ... there were 500 people lined up before we started," she said.

Throughout 2020, they provided free testing in the parking lots of local churches, mosques, community centers and SEPTA stations, eventually offering antibody testing and flu shots as well as Covid testing.

In January, Stanford and her team began offering Covid vaccinations and for the first few months, vaccinated an average of 1,000 people a day. The group also ran a 24-hour "Vax-A-Thon" at which they inoculated more than 4,000 people.

The volunteer effort that Stanford initially funded from her own pocket is now a large operation with 70 employees and more than 200 volunteers.

In recent weeks, as the pace of vaccinations has slowed, the group found new ways to reach those in need. Their events now often include music, free refreshments, t-shirt giveaways and other incentives. More than 1,000 people have signed up for their home vaccination program and they've targeted teenagers with special events as well as high school visits to answer questions about the vaccine.

The group is currently based at Deliverance Evangelistic Church in North Philadelphia. In the fall, they plan to open a health equity center there until they ultimately open their own permanent facility.

Stanford's efforts have brought her such acclaim that she's now under consideration to be the city's next health commissioner.

Laushae Hightower, 78, has become one of the group's unofficial ambassadors -- regularly bringing carloads of family and friends from his neighborhood.

"Anybody that wants to come, I'll bring 'em," he said. "My little bit of bringing them up here pales to what she's doing."

For Stanford, that support means that her efforts to earn the trust of the community have paid off.

"Just seeing folks come out, day in and day out ... their presence says everything," Stanford said. "This wasn't my job, but I could not allow one additional life to be lost when I knew that I could do something about it. "

CNN's Kathleen Toner spoke with Stanford about her work. Below is an edited version of their conversation.

CNN: What's the atmosphere like when you vaccinate people?

Dr. Ala Stanford: Honestly, the atmosphere is joy. It's new beginnings. It's exhaling for a lot of people because they've finally done it. It's also emotional -- a lot of tears for folks because it takes them back to a person that they lost. We had a woman whose mother had died the night before from Covid. When she came up she was still sobbing and we just built a circle around her, held hands around her and let her cry.

CNN: How have you dealt with people's fear or hesitation about getting vaccinated?

Stanford: We tried to prepare for it. In the fall, we conducted a survey that gave us some insight into what would make people more comfortable taking the vaccine when it became available. Then in December, I got vaccinated. I'd had Covid, so I'd thought about not getting vaccinated because I knew I had antibodies, but I took on that responsibility because people were following my lead. Then, when we started vaccinating, we had one day where we ran out of vaccine, so I said to the city, "This hesitancy in the Black community, we are not seeing it." They were lined up.

But there are people who have concerns -- understandably -- and it's not my job to persuade. It's my job to educate and allow you to make an informed decision about your health. So, I listen to what the reason is why they're not getting vaccinated -- sometimes it's lack of education, sometimes it's fear, sometimes they can't even tell you why. Sometimes the questions they have, there are no answers for. So, I just state the facts and I'm honest with them. But you're more likely statistically to die if you're African American and you contract coronavirus. That is a fact. Regardless of how much money you make or not, regardless of comorbid conditions or not. I tell them, "You have to weigh the risks and benefits" and I'm available to listen and answer. It's not a one-time conversation for some people. Some people need to come back and watch a couple of people get it. And then they're like, "OK, Doc. I'm ready."

CNN: How did the idea for your new center come about?

Stanford: The pandemic has made it glaringly obvious how we are missing the mark with health equity in the United States, so we're opening a multi-disciplinary clinic on October 1st where we can do family practice, pediatrics, phlebotomy and flu shots. Who knows -- we may need to do booster shoots for coronavirus.

But this is answering the need of the community. People just started showing up to say, "Hey Doc, could you look at my labs?" or "I've got this lump on my neck. Is this normal?" So that's what's next for us. Our mission has always been about getting Black and brown communities the access and care they deserve.

Want to get involved? Check out the Black Doctors Covid-19 Consortium website and see how to help.

To donate to the Black Doctors Covid-19 Consortium via GoFundMe, click here