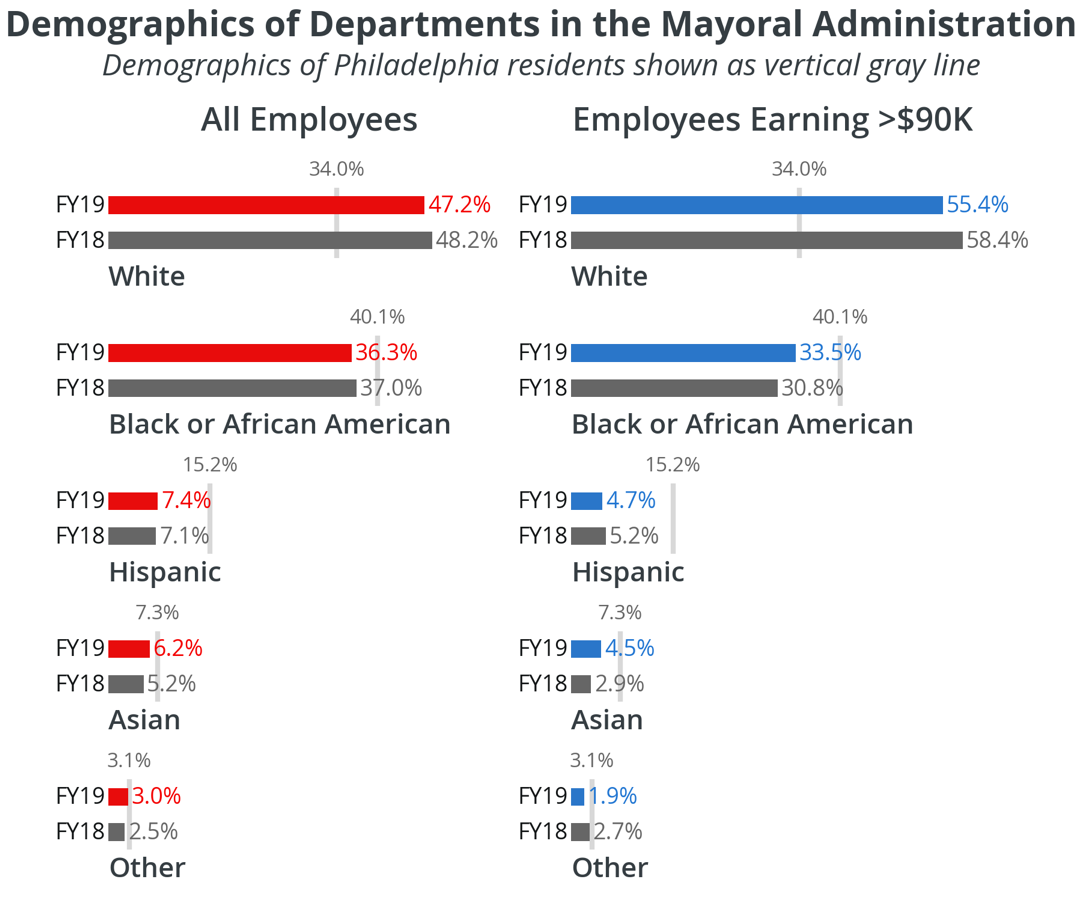 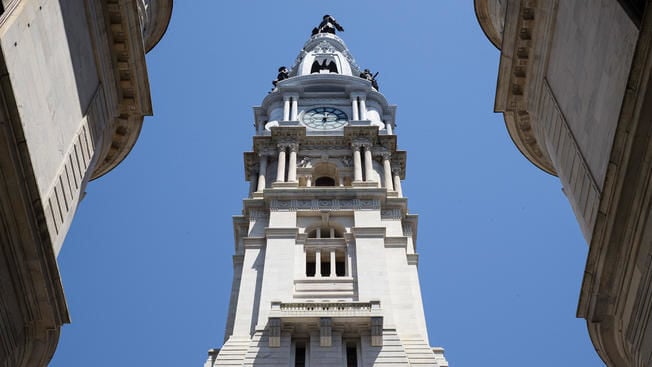 Diversity is up among city employees but it’s still not where the City Controller wants it to be.

The office of the City Controller released its annual review of the diversity for the city of Philadelphia’s exempt or at-will employees for 2019. The data breaks down salaried employees by department and race/ethnicity and the department’s representation compared to the city’s demographic makeup according to Census data.

Diverse employees accounted for almost 53% of the City’s salaried workforce in FY19, a 1% increase from 2018. While the review shows that there are improvements over last year but City Controller Rebecca Rhynhart said the numbers could be better.

“My office looked at employee diversity data to determine if the City has made progress toward the goal of making the City’s workforce diversity mirror that of city demographics,” she said. “We found a very slight improvement was made compared to fiscal year 2018, but the improvement was not significant. The City’s exempt workforce is still not diverse enough.”

Using Census data as a benchmark, the review found that the racial and ethnic breakdown of the City’s salaried employees was not representative of Philadelphia’s total population. Most departments are over-represented with White exempt employees. In departments under the Mayor’s authority, 47% of the exempt workforce was White, compared to the city’s overall population, which is 34% White.

Rhynhart said the people that work in government should represent the people they serve both literally and figuratively.

“In government, the decisions we make on every level have a direct impact on Philadelphia residents,” she said. “The people making those decisions should be representative of the population they serve.”

While the majority of the City’s workforce is hired through the civil service system, approximately 4,600 employees are not. The makeup of those almost 5000 employees is a direct reflection of the City’s ability to hire and retain diverse candidates.

There were a few changes worth noting in the District Attorney’s office as well as a few smaller offices. The diversity in the District Attorney’s Office went from 28.6% to 31.2% of the salaried employees.The Commerce Department’s not only matched the Census threshold of diverse representation this year, but they also exceeded it. The Commerce Department’s salaried staff was made up of 67% diverse employees, compared to the City’s 66% diversity rate.