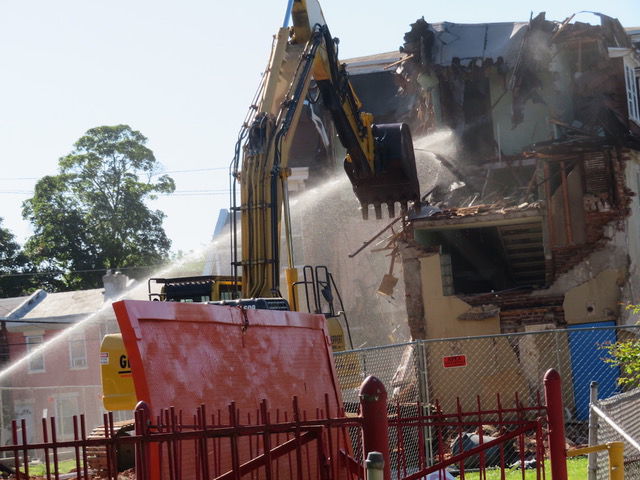 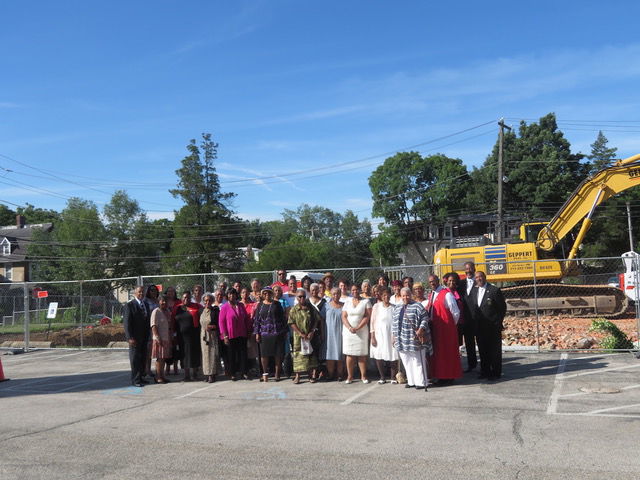 Grace Baptist Church members in front of the demolition site.

Grace Baptist Church members in front of the demolition site.

“I can’t wait to move into the new center,” said Leola Highsmith, director of the Grace Community Christian Center that is adjacent to the church at 25 W. Johnson St. “It will almost triple available program space.”

In a statement detailing the new project, Grace Baptist notes that the new building will expand the food program and that “tentative plans call for the inclusion of a large multipurpose area, state-of-the-art STEM (Science, Technology, Engineering and Math) oriented facilities.

“This is unfinished business of the vision that Pastor G. Daniel Jones and the church put into place in mid-2007,” said the Rev. J. Henry Buck Jr., the church’s senior pastor. “Back in 2007, Grace had envisioned a brand-new community center. They launched their campaign, raising funds to do it.

“Even when the recession hit, the congregation was still going to have the center built. They have consistently given to the point that there were enough funds to move forward with the project,” he added. “It’s unfinished business that I feel is necessary to make good on the promises God made to G. Daniel Jones that the legacy of the church may continue to spread throughout the community.”

Buck, who was installed as the 127-year-old church’s 10th pastor in May 2017, envisions the center being a community resource and draw. He wants to use the space to host meetings and programs on home buying and to help people in search of affordable housing — efforts he says are designed to “keep a certain population of people here who still call this area home.

“These are middle-class persons of color and non-color. We think it’s necessary to be able to have a vibrant, diverse community that persons of all levels of income (would) be able to exist in areas (such) as Germantown, East and West Mount Airy and Chestnut Hill.”

Deacon Tyrone Beach, a church member for 37 years and co-chair of the planning and building committee, says Grace Baptist is drafting a bid request in seeking an architect to design the building. Though it has been tedious process, he sees the light at the end of the tunnel as obstacles are cleared.

But the fundraising efforts continue as the congregation has reached $1.3 million of its original goal of $1.5 million. Members have remained hands-on in hitting markers such as forming subcommittees to help with project planning and putting in sweat equity to prepare the site.

“We had to clean that building and we had to transfer and identify all the programs in that building. We had to identify rooms and places to relocate. That was a difficult thing,” said Beach.

“The next step was to clean out the community center. It started from the basement up to three floors of stuff. The contractors and the church membership all worked together, came in on Saturdays and during the week to transition to the education building,’ he said.

“We are very excited because we were told folks made contributions and it appeared that nothing was happening,” Beach said about the recent movement to start construction.

The new Grace Community Christian Center is scheduled to be completed in December 2020 and until then, programs will be run out of the education building.