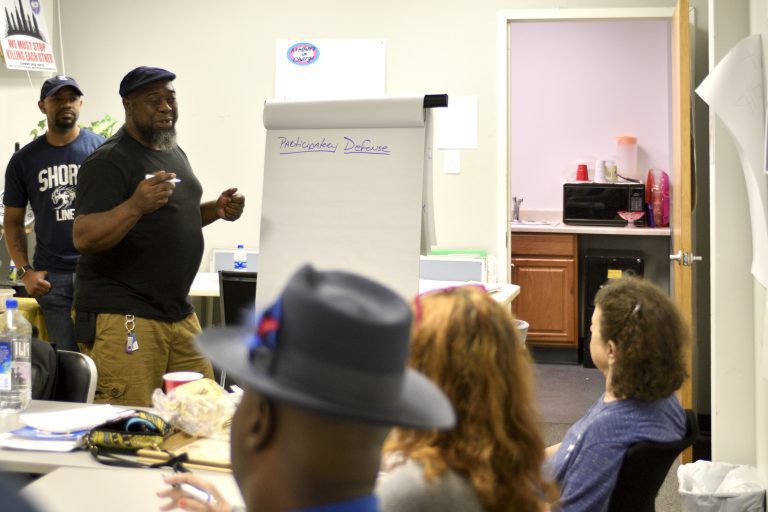 Steve Austin works with a Defender Association of Philadelphia program to advise defendants and others about tapping the resources available to them. — Bastiaan Slabbers for Keystone Crossroads 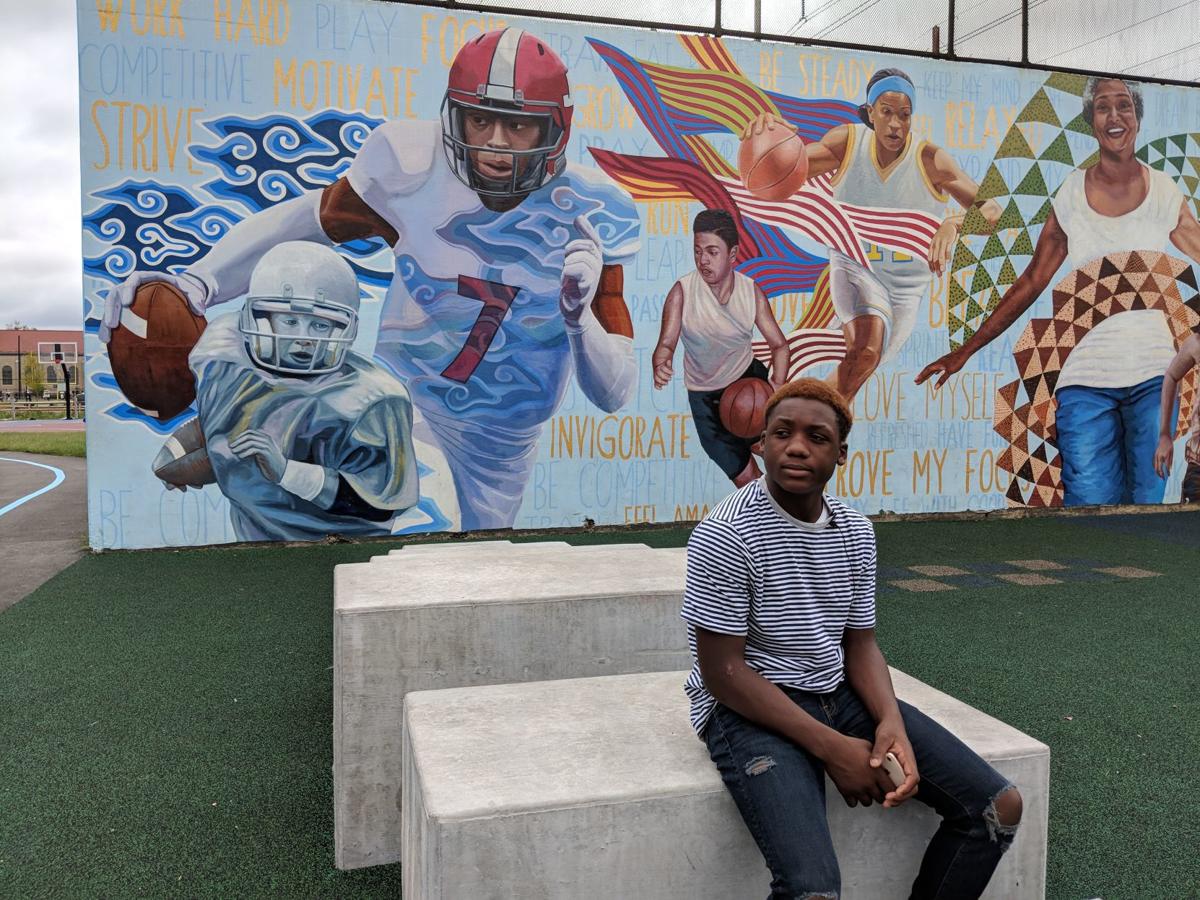 Zaheim Salahuddin, 13, was locked up for three days at the city’s Juvenile Justice Center over an incident in South Philadelphia involving what his lawyers say was a toy gun.— Submitted by the Defenders Association of Philadelphia

Steve Austin works with a Defender Association of Philadelphia program to advise defendants and others about tapping the resources available to them. — Bastiaan Slabbers for Keystone Crossroads

Zaheim Salahuddin, 13, was locked up for three days at the city’s Juvenile Justice Center over an incident in South Philadelphia involving what his lawyers say was a toy gun.— Submitted by the Defenders Association of Philadelphia

When Zakiyyah Salahuddin found out her teenage son was arrested for allegedly carrying a gun, she thought it was serious.

After she finally spoke with her 13-year-old son, Zaheim, and discovered the gun was fake and purchased at a local store, Salahuddin knew she had to fight to defend him.

“I couldn’t believe that he was arrested for a $3.50 toy — because it was a toy,” Salahuddin said.

Salahuddin had no idea how to navigate the juvenile justice system while her son spent three nights in the Juvenile Justice Center in August. She turned to family, who told her about a new program called participatory defense running out of the offices of Mothers in Charge in North Philadelphia and other hubs in the city.

Although skeptical at first, Salahuddin came to see the hub as a second family that helped her and her son understand his case, how to adequately prepare for it, find character witnesses to support Zaheim, and much more.

Salahuddin’s son’s case was well covered in the media this summer, and the charges against Zaheim were dropped and expunged. On Monday, Salahuddin testified along with other advocates and volunteers about the program during a Special Committee on Criminal Justice Reform at City Hall.

Councilman Curtis Jones, a co-chair of the committee, said the testimony will help determine whether the participatory defense programs ought to receive funding in the next budget.

Jones said he intended to take a firsthand look at the hubs to better understand how they operate.

“Each of us [on City Council] is not an expert on everything, so some of us have to take a deeper dive into a subject matter to be able to be authentic in our understanding of an issue to say, ‘Here’s why we’ve got to put money where our mouth is,’” Jones said.

“This is a viable resource to real criminal justice reform,” she said.

Participatory defense is a community-based approach to criminal justice reform for people charged with crimes. The hubs educate defendants about the facts of their cases and helps them tap into community resources for assistance.

The Defender Association of Philadelphia partnered with community stakeholders and organizations in March to launch the program. The hubs are funded through grants and not city money.

“Participatory defense has provided a platform, actually, a stage and a mic for communities to amplify and advocate [for] solutions that they have been talking about for decades — probably centuries,” said Isis Misdary, an attorney at the Defender Association of Philadelphia. “People are no longer alone, desperate, confused, frustrated, and, quite frankly, dangerous. They find peace of mind at the participatory defense hubs.”

Salahuddin said she now volunteers at one of the hubs helping other families.

Philadelphia Municipal Court Judge James M. DeLeon, who is on the committee, said he believes the program is a “really, really good system” and he has been encouraged by the results.

Maleny Vazquez remembers when the police came and took the house across the street. Vazquez has only lived on this block of Waterloo Street fo…

When two ideologically opposite Supreme Court Justices appear to be on the same same side of an argument, it gains attention in legal circles …

Philadelphia Eagles safety Malcolm Jenkins is lending his voice to a growing movement in the city to make the criminal justice system more equitable.

It was an early autumn afternoon in 1975 — a moment that Steve Austin wishes he could take back.

When 13-year-old Zaheim Salahuddin bought a plastic toy gun at a neighborhood corner store in South Philadelphia, he didn’t think that the pur…