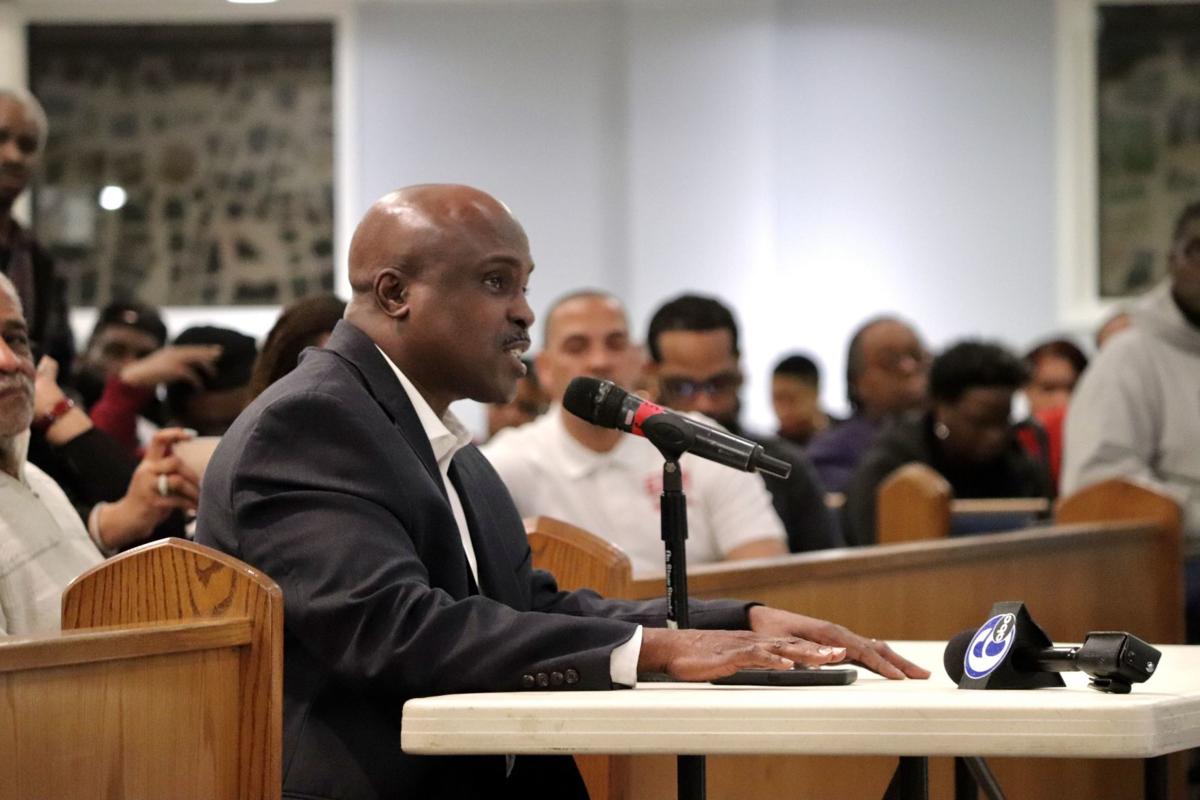 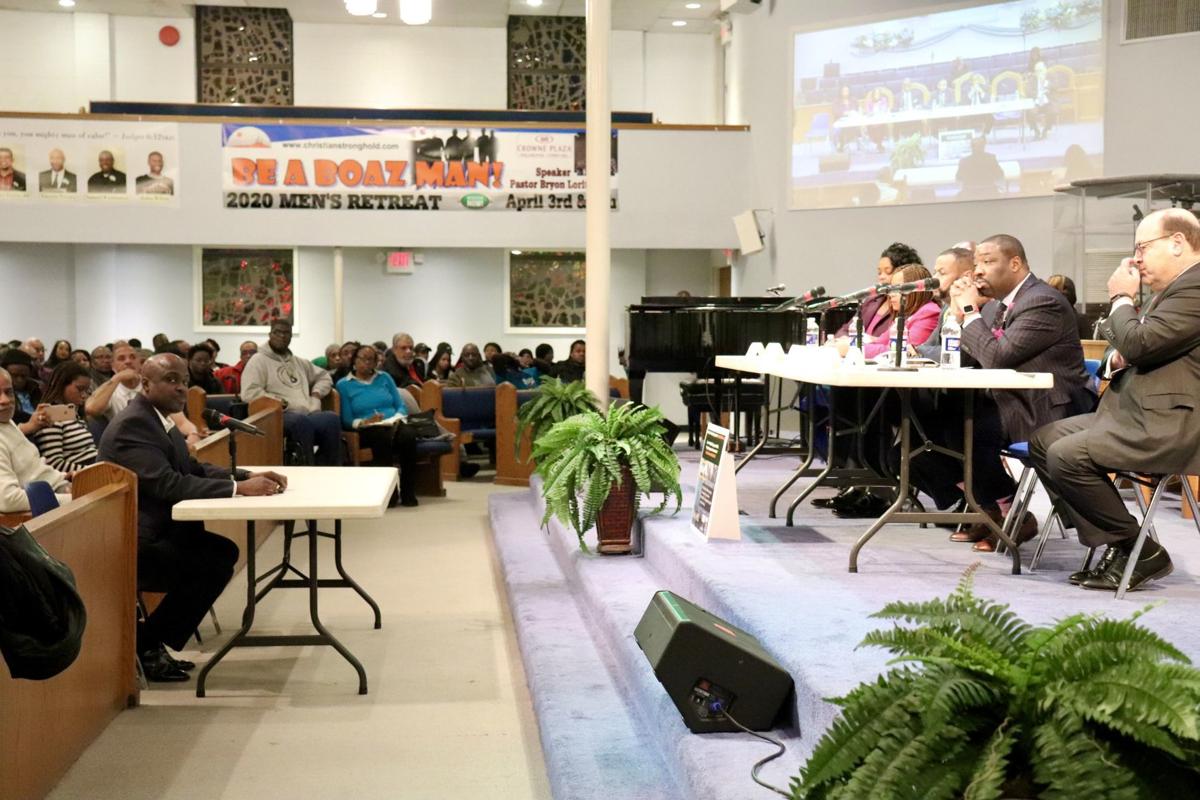 About 400 people — including all 17 members of City Council — packed the sanctuary of Christian Stronghold Baptist Church on Tuesday night for a hearing about gun violence. — Tribune Photo/Kayla E. Brown 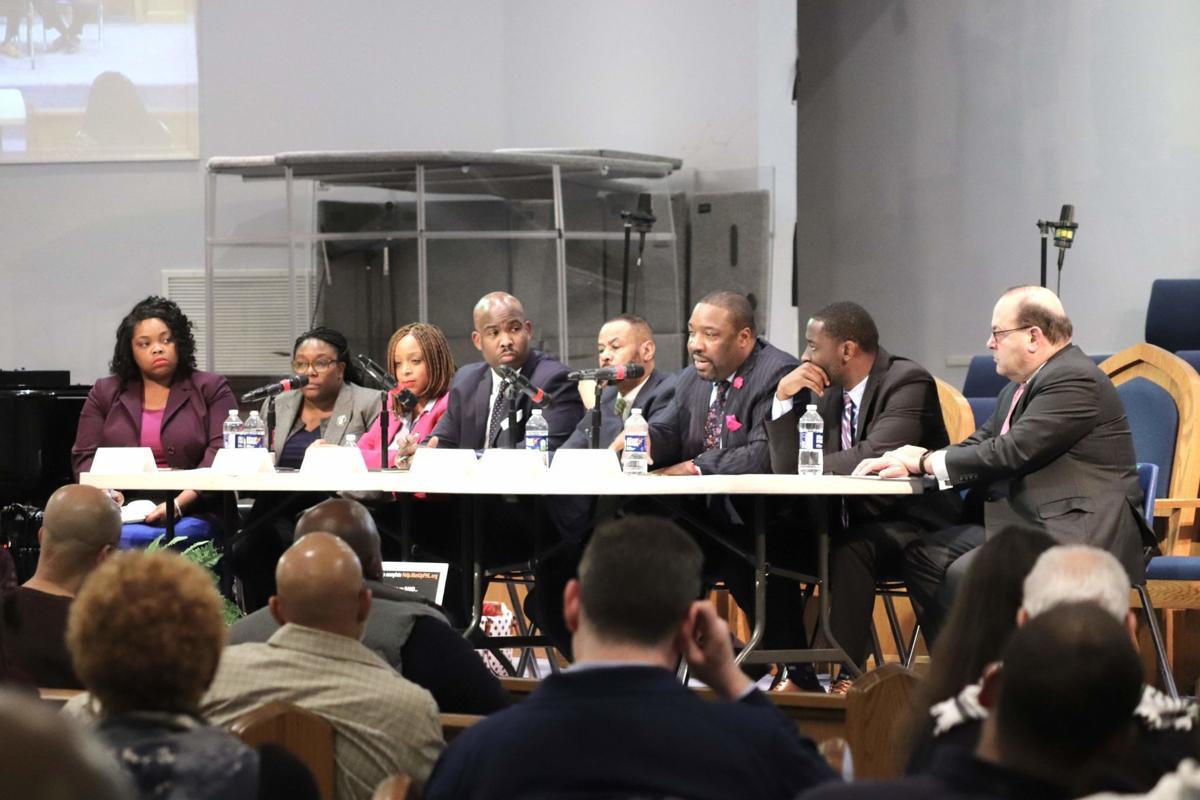 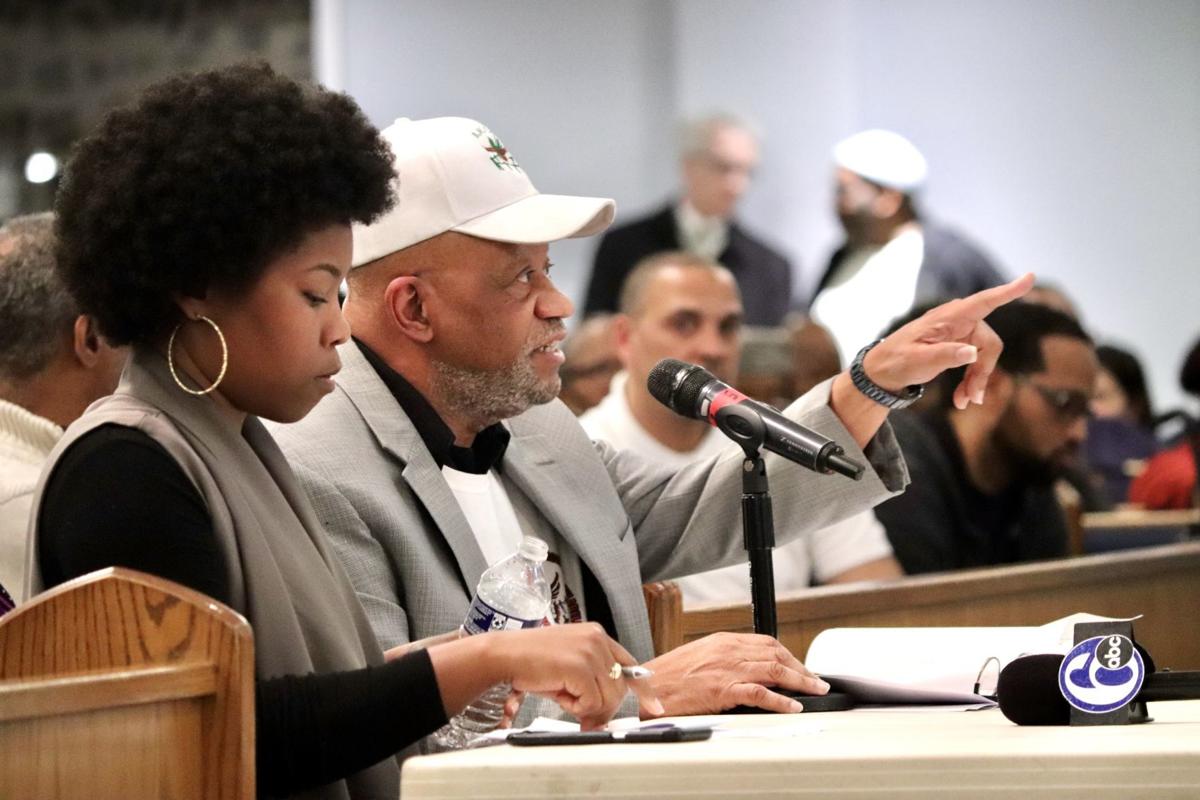 About 400 people — including all 17 members of City Council — packed the sanctuary of Christian Stronghold Baptist Church on Tuesday night for a hearing about gun violence. — Tribune Photo/Kayla E. Brown

As more than 400 Philadelphians — including all 17 members of City Council — packed the sanctuary of Christian Stronghold Baptist Church in West Philadelphia for an anti-gun violence hearing, the stories they told showed how pervasive the problem is in Philadelphia.

Stanley Crawford, of the Black Male Community Council, an organization of Black men committed to making safer streets, recounted how the 2018 execution-style murder of his 35-year-old son, William Crawford, a father of five children, inspired him to found the organization.

“It is an issue that we are all grappling with,” at-large Councilman Derek Green said. “It is at the top of a lot of people’s agenda because of the number of homicides that we’ve had last year, the year before that and with the rash of shootings we’ve had so far this year. It’s very serious.”

The hearing, convened by City Council's Committee on Public Safety, lasted for about 2½ hours.

The hearing focused on the work being done by #ManUpPHL, the organization started last year by WURD radio host Solomon Jones. The goal of #ManUpPHL is to bring together the various anti-violence groups in order to address the issue on various levels with an emphasis on mentoring, accountability, resources and consistency.

Leaders of different organizations talked about what they have been doing to fight gun violence and asked city officials to provide more funding for their efforts.

Jones opened the meeting by talking about community organizations that fought gang violence in the 1970s, such as the House of Umoja and the Crisis Intervention Network. He also spoke of how Rev. Leon Sullivan through OIC provided jobs that helped take young people off the streets and put them to work.

“The answers have always come from ordinary people who have stood up and said ‘enough is enough,'" Jones said. "And when 2-year-old babies are dying who haven’t even lived yet, enough is enough."

Many of the organizations represented described the work they are doing in different areas in an effort to draw young African-American boys and men away from gun violence. Many pointed to the city’s $439 million surplus for the fiscal year that ended on June 30, according to Philadelphia’s Annual Financial Report, as a potential funder for more grassroots anti-gun violence programming.

“ManUp has paired together all of these organizations that have the capacity to do this work,” Wilson said. “What is needed are the financial resources and the political clout that will allow these doors to be opened. We have the framework in place; they need funding.”

Councilwoman wants Philadelphia voters to weigh in on ‘stop and frisk’

Killings in Philadelphia remained steady at 353 for a second year in a row with 48 hours left in 2019, while the number of shooting victims was up.

Danielle Outlaw talks about race, crime and the homicide rate on her third day in office

In the three days Danielle Outlaw has spent in her new job as Philadelphia’s new police commissioner, she has heard the parents — particularly…

The members of the Pennsylvania Legislative Black Caucus recently announced a plan to push back against the bloody tide of gun violence.

In what is becoming a regular occurrence as Philadelphia continues to grapple with escalating gun violence, yet another church opened its door…

'It's a time like none other': City Council, police, residents speak during special hearing on gun violence