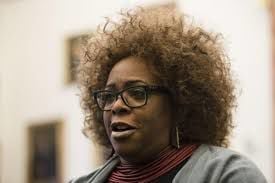 Chantay Love, founder of Every Murder Is Real, said she supports Outlaw’s work as police commissioner. 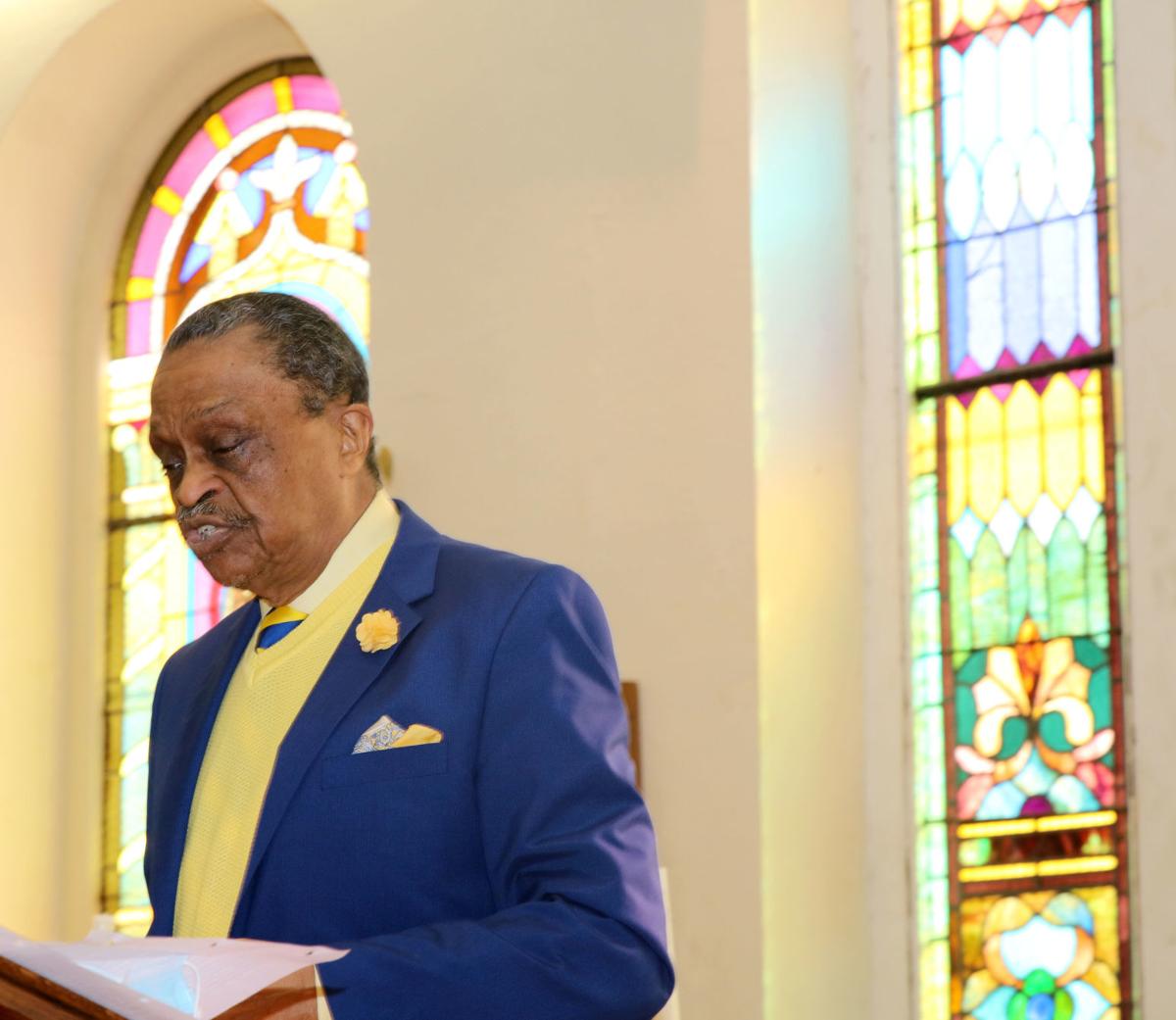 The Rev. Robert Collier Sr., president of the Black Clergy of Philadelphia and Vicinity, Inc., says his organization backs Outlaw. 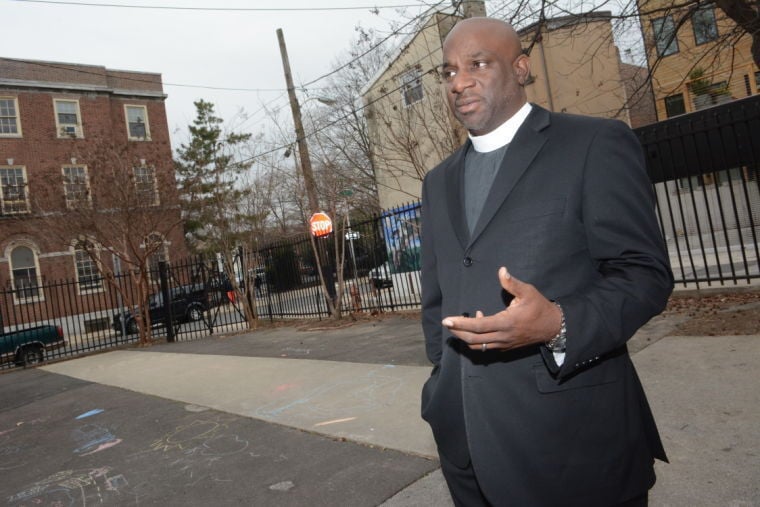 Chantay Love, founder of Every Murder Is Real, said she supports Outlaw’s work as police commissioner.

The Rev. Robert Collier Sr., president of the Black Clergy of Philadelphia and Vicinity, Inc., says his organization backs Outlaw.

Outlaw has received harsh criticism for her department and the city’s response to days of widespread protests against police brutality last summer in the wake of the police killing of George Floyd in Minneapolis in May.

A report criticizing the city’s response to the incidents released by the City Controller’s office prompted the Philadelphia Inquirer’s editorial board to call for Outlaw’s resignation.

However, lawyer Michael Coard said she shouldn’t be dismissed from her post. He is one of six lawyers representing 237 clients who were teargassed during protests on 1-676 and in West Philadelphia.

He said the problem with the police department goes beyond Outlaw.

“At present I am not seeking her dismissal and that’s because the horrific problem is systemic, not individualistic. Blaming a new, Black female commissioner for Philadelphia’s history of notorious police brutality is like blaming a lesion for the cancer. It’s the cancer that causes the lesion.”

The Rev. Mark Tyler, pastor of Mother Bethel AME Church, was among the residents teargassed in West Philly by police in May. He characterized the incident as “an overreaction and abuse of force.”

Since then, he’s heard Outlaw acknowledge that mistakes were made and that things were not handled in a way that reflected what she thinks the department should be doing.

“So often, my experience has been with leaders in law enforcement an unwillingness to even admit a tactic failed or it was the wrong tactic to use, and so I think that is something we can build upon,” Tyler said.

“I am interested in seeing her have the opportunity to implement some of the things that I know from her past that are important to her in the sense of [police] reforms.”

The Rev. Robert Collier, pastor of Galilee Baptist Church and president of the Black Clergy of Philadelphia and Vicinity, Inc., said the organization supports Outlaw’s efforts because she is dealing with the COVID-19 pandemic while becoming acclimated to an unfamiliar city.

“We just feel like she needs to have an ample chance and she has not been given that chance,” he said. “One year is not sufficient — particularly because of the pandemic.”

Prior to coming to the city, Outlaw served as Portland’s chief of police.

“Philadelphia is unique in that it is a city of neighborhoods and each neighborhood has its own way of doing things,” Collier said.

“So she has had to deal with a city that she is unfamiliar with. We who have been in Philadelphia most of our lives have the tendency to look at folks who are not from Philadelphia as outsiders. We feel like she may not have been given the proper advice or help because she is considered an outsider.”

Community activist Bill Cobb said he had low expectations of Outlaw being able to facilitate a productive change in Philadelphia’s police department.

“I never really understood why she would come and take such a job in an environment where the FOP [Fraternal Order of Police] is in control of policing in this city, with her not having relationships deeply rooted in neighborhoods and communities where crime emerges from and where it can be curtailed,” he said.

“The culture and practice of policing is deeply rooted in this nation’s white supremacy practices, norms and cultures.”

He called for the city to make significant investments in education and social programs to help communities thrive.

“We need to invest in things that do not produce the outcomes that policing does in our neighborhoods and our communities,” said Cobb, former deputy director of the American Civil Liberties Union Campaign for Smart Justice.

“People are committing crimes of poverty, and instead of making investments in their humanity and in their basic requirements of living, we continuously invest in a nefarious system that is only being driven by greedy profiteers that believe humans are sustainable to serve as human capital,” Cobb said.

And while some community advocates support Outlaw’s efforts, they voiced concerns about how violent crime is being addressed in Philadelphia.

“I am very concerned just in general about what happened last year with the number of homicides and shootings,” said Aleida Garcia, co-founder and president of the National Homicide Justice Alliance.

“I don’t think that is her fault. Last year was so bad that I can’t really blame one person for that.”

Garcia said the police department needs to advocate for more resources to help the homicide unit solve murders. There were nearly 500 homicides in Philadelphia in 2020, the second most in one year in the city’s history.

“I do feel that for the number of cases that they’ve had last year, that they need additional funding and they should ask for state help and federal help if possible to solve these homicides,” Garcia said.

She would also like to see a better working relationship between District Attorney Larry Krasner and the police department.

Chad Dion Lassiter, executive director of Pennsylvania Human Relations Commission, said a coordinated effort between city leadership and grassroots organizations is needed to address poverty and violence in the city.

“I think the question we should be asking is not solely what kind of job is the police commissioner doing,” he said.

Lassiter questioned whether city leaders are honestly listening to the grassroots organizations that are working to stem violence in Philadelphia and said their voices often get drowned out.

Chantay Love, a founder of Every Murder Is Real, said she supports Outlaw’s work as police commissioner. She acknowledged some people had high expectations of the commissioner being able to stem violence in Philadelphia when she took the reins of leadership last year.

“I think that they thought that she would become the savior and I don’t think we should expect that,” Love said.

“I always question what do we want in a commissioner and what is our expectation. We want someone that is someone who knows community policing well. We want someone that works with the community and deals with racial issues that happens in police departments. She can’t fix it all but with all of us working together, we can fix a lot of this.”

She said efforts to address violence in Philadelphia will not work unless there is community support.

“Philadelphia has not put in the necessary resources to deal with violence on the community level — it just hasn’t,” Love said.

A violent 24 hours left seven dead in the city as Police Commissioner Danielle Outlaw says the lack of witnesses was a “problem.”