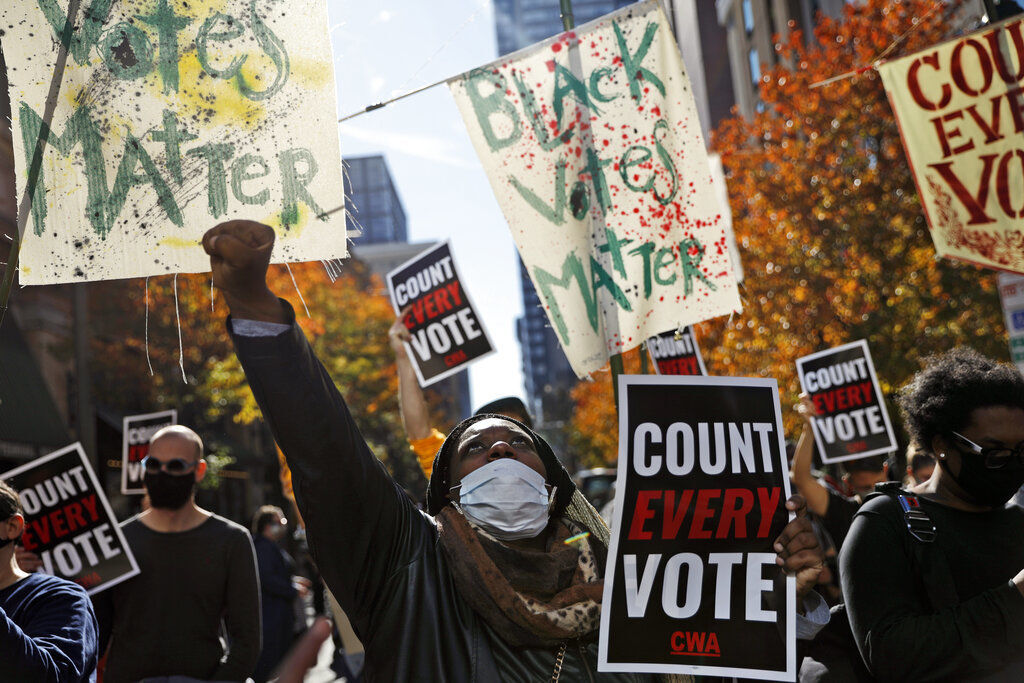 Zhanon Morales raises her fist during a get-out-the-vote rally outside the Pennsylvania Convention Center in Philadelphia. 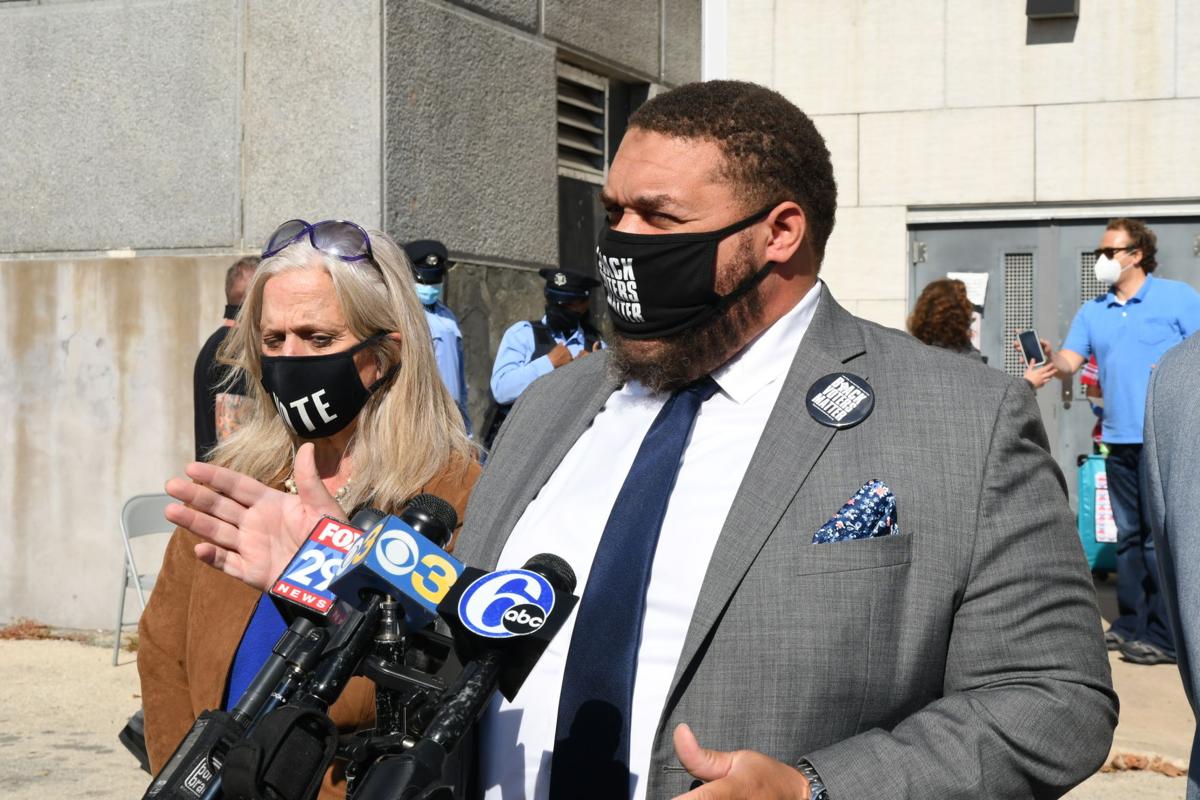 Zhanon Morales raises her fist during a get-out-the-vote rally outside the Pennsylvania Convention Center in Philadelphia.

City Commissioner Omar Sabir, in partnership with the Urban League of Philadelphia, is rallying several groups and elected officials, for a citywide voter outreach event on Martin Luther King Jr. Day on Monday.

Sabir made the announcement Friday at a news conference on Zoom. The following locations will be manned King Day by the groups, from noon to 2 p.m.: the Parkside Ave. ShopRite, the Island Avenue ShopRite, Ridge Ave. ShopRite, Monument Avenue Fresh Grocer, NAACP headquarters on Wayne Junction, 52nd and Market streets, the Kimmel Center on S. Broad St., Temple University and the African American Museum of Philadelphia (1:30 p.m.-3:30 p.m.).

“We are trying to build some excitement around Martin Luther King Day,” Sabir said. “King sacrificed his life for us to have the right to vote. “We have to keep the dream alive.”

The effort takes on more urgency with the news Thursday that President Joe Biden informed the news media that he is not sure that the Democrats’ voting rights legislation can pass Congress this year.

In Philadelphia, there is a primary election for governor on May 17. Pennsylvania Attorney General Josh Shapiro and pastor Tega Swann are the Democrats on the ballot, along with several Republicans, including, Lou Barletta, Doug Mastriano, Charlie Gerow and former U.S. Attorney William McSwain.

But Pennsylvania residents will also vote on a U.S. senator, U.S. representatives, state senators, state representatives and the judges. For the general election on Nov. 8, voters will see two candidates for lieutenant governor: 32-year-old, state Rep. Austin Davis of McKeesport and state Rep. Brian Sims of Philadelphia. Davis would be the first African American to hold the job and Sims would be the first openly gay person in the position.

Judge Street said voters should never underestimate the importance of the judicial branch of government.

As an example, she cited the Supreme Court’s decision on Thursday, to strike down Biden’s nationwide mandate for companies to make sure that their employees are vaccinated.

But courts have also weighed in on affirmative action, discrimination in education, housing, voting rights and stop and frisk.

“Our vote is a shout and a punch in the face to injustice,” said Dennis Nicholson, director of the Urban League of Philadelphia’s reentry program.

At each of these outreach locations, Philadelphia residents can register to vote, request a mail-in ballot for the upcoming 2022 elections, get assistance filling out forms and obtain other information about voting and elections in Philadelphia.