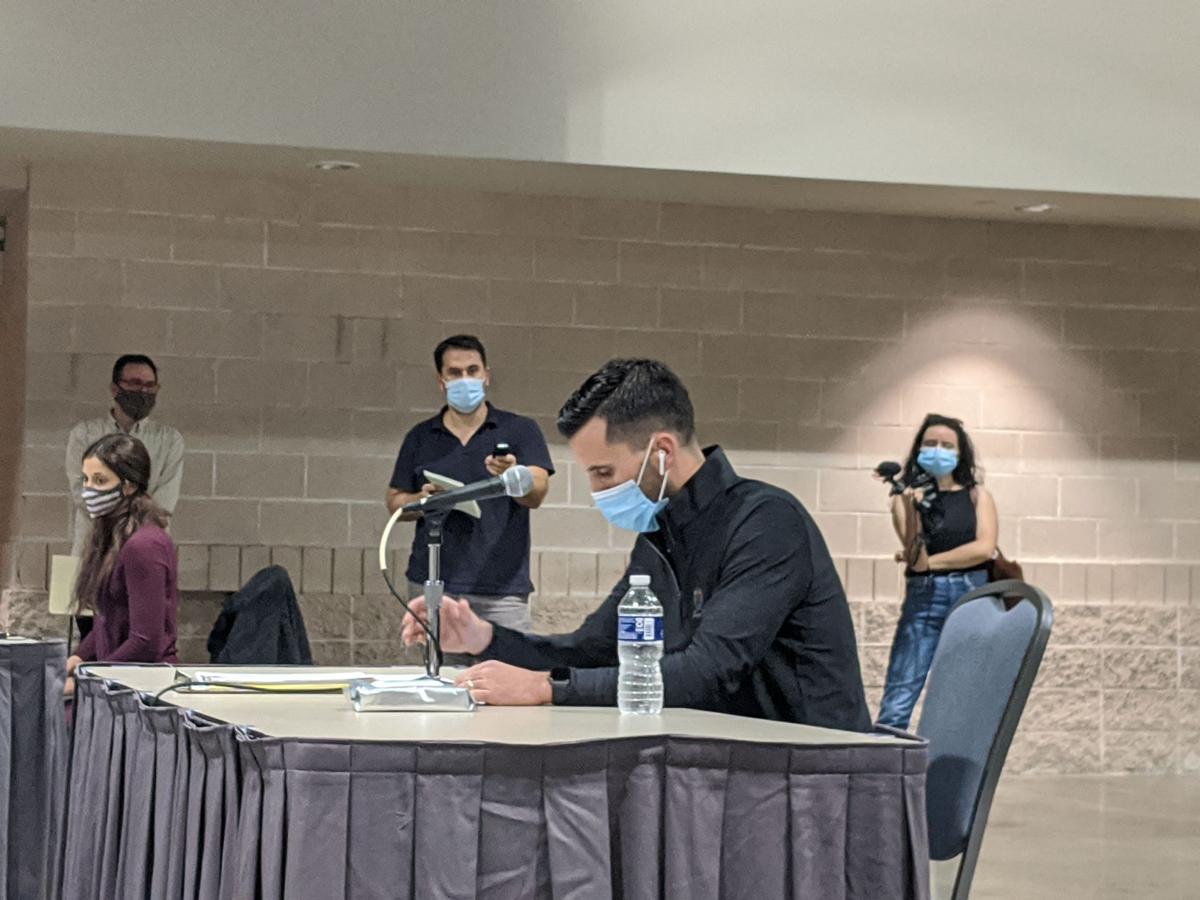 On Wednesday during a city Board of Elections meeting at the Pennsylvania Convention Center, James Fitzpatrick, state director of Trump’s re-election campaign, says voting is occurring at the satellite offices, so GOP should be allowed to appoint representatives to observe the process inside the offices. PHILADELPHIA TRIBUNE PHOTO/MICHAEL D'ONOFRIO 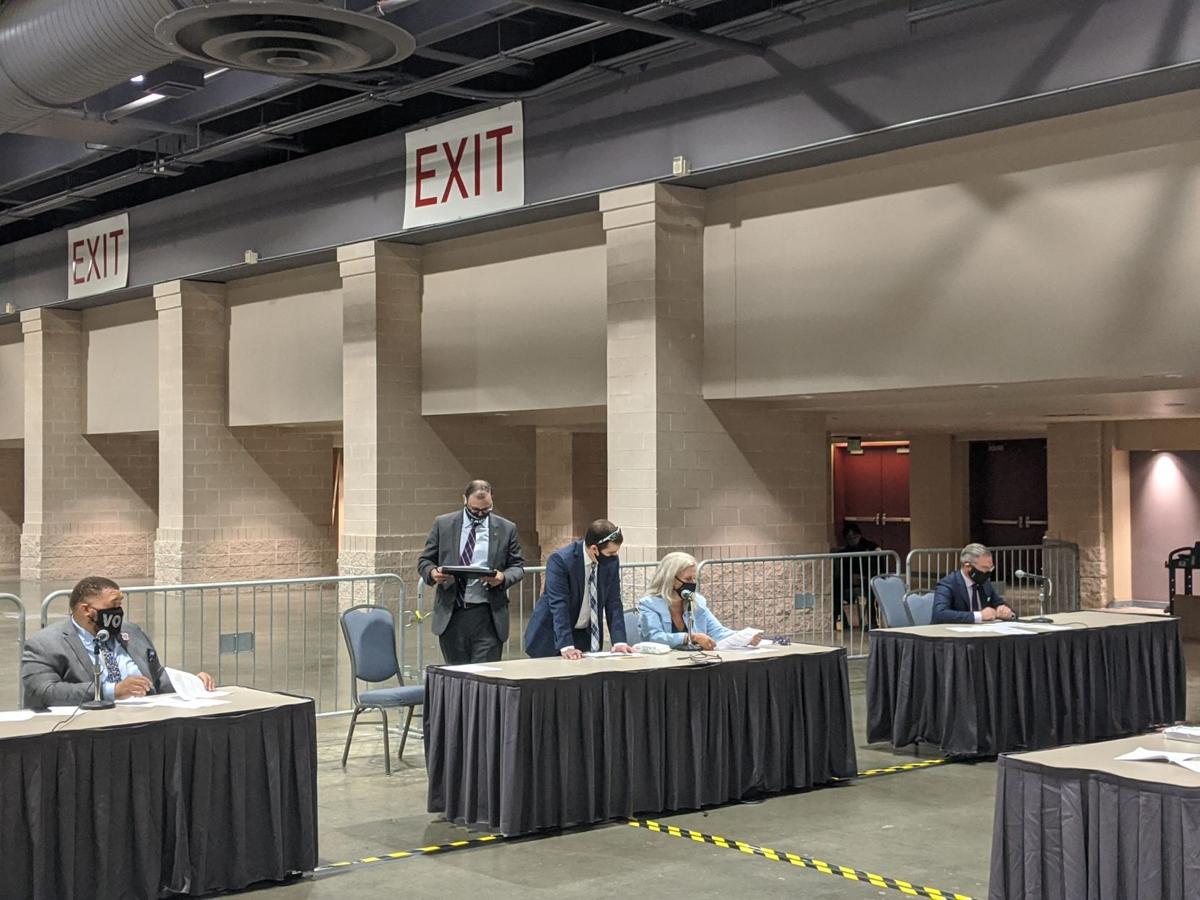 The city's Board of Elections meets on Wednesday inside the Pennsylvania Convention Center. PHILADELPHIA TRIBUNE PHOTO/MICHAEL D'ONOFRIO

On Wednesday during a city Board of Elections meeting at the Pennsylvania Convention Center, James Fitzpatrick, state director of Trump’s re-election campaign, says voting is occurring at the satellite offices, so GOP should be allowed to appoint representatives to observe the process inside the offices. PHILADELPHIA TRIBUNE PHOTO/MICHAEL D'ONOFRIO

The city's Board of Elections meets on Wednesday inside the Pennsylvania Convention Center. PHILADELPHIA TRIBUNE PHOTO/MICHAEL D'ONOFRIO

But the head of the board overseeing the city’s elections has squashed the request.

On Wednesday James Fitzpatrick, state director for election day operations for the Trump campaign, said because voting is occurring at the satellite offices, the campaign should be allowed to appoint representatives to observe the process inside the offices.

Fitzpatrick made the request during the city’s Board of Elections’ meeting inside the Pennsylvania Convention Center, which is the headquarters for the city’s election process. He declined requests for comment after his statements during the meeting.

City Commissioners Chairwoman Lisa Deeley said no poll watcher certificates will be issued for any campaign to monitor the 17 new satellite election offices because they are “not polling locations.”

“It is a temporary election office where services are made available to citizens who would like to register to vote or request their mail-in ballot,” Deeley said.

The new offices, seven of which opened Tuesday, allow voters to register to vote, request a mail-in ballot in-person, receive it, vote, and return it. The offices also serve as drop-off locations for completed mail-in ballots.

Deeley avoided a reporter’s question about whether the Board of Elections has sought legal clarity on the issue.

The Board of Elections’ meeting came a day after the first presidential debate, where Trump took aim at Philadelphia, slinging misleading allegations that poll watchers were “thrown out” of Philadelphia voting locations.

Trump also made a series of unsubstantiated claims that cast doubt on the legitimacy of the November election during the debate. The president also issued a directive to his supporters to “go into the polls.”

“I’m urging my supporters to go into the polls and watch very carefully because that’s what has to happen,” Trump said.

Deeley said she was concerned about any attempts to suppress voting in the city.

The satellite election offices are similar to any city office, so non-authorized individuals are not permitted inside, Deeley said. Law enforcement is stationed at the satellite offices.

“We recognize the need to have security,” she said.

The Trump campaign is threatening legal action if the Board of Elections continues to deny its request to station poll watchers inside the satellite election offices.

“No one questions that Philadelphians are voting at these locations,” Kerns said in the letter. “Accordingly, the denial to the Campaign of watchers lacks any rational basis and deprives the Campaign of its right to monitor the process.”

Kerns added that the campaign was requesting permission to enter public places that are funded by taxpayers.

“If these satellite election offices are not polling places, then they are public places and the Campaign should not be denied access,” Kerns said.

The Board of Elections has confirmed 6,527 poll workers for Election Day as of Wednesday, closing in on its goal of 8,515.

‘Bad things happen in Philadelphia,’ and other takeaways from the Trump-Biden debate

Pennsylvania has had a tumultuous couple of weeks hammering out the complicated logistics for its general election. And in Tuesday’s president…

Debate commission says it will make changes to format