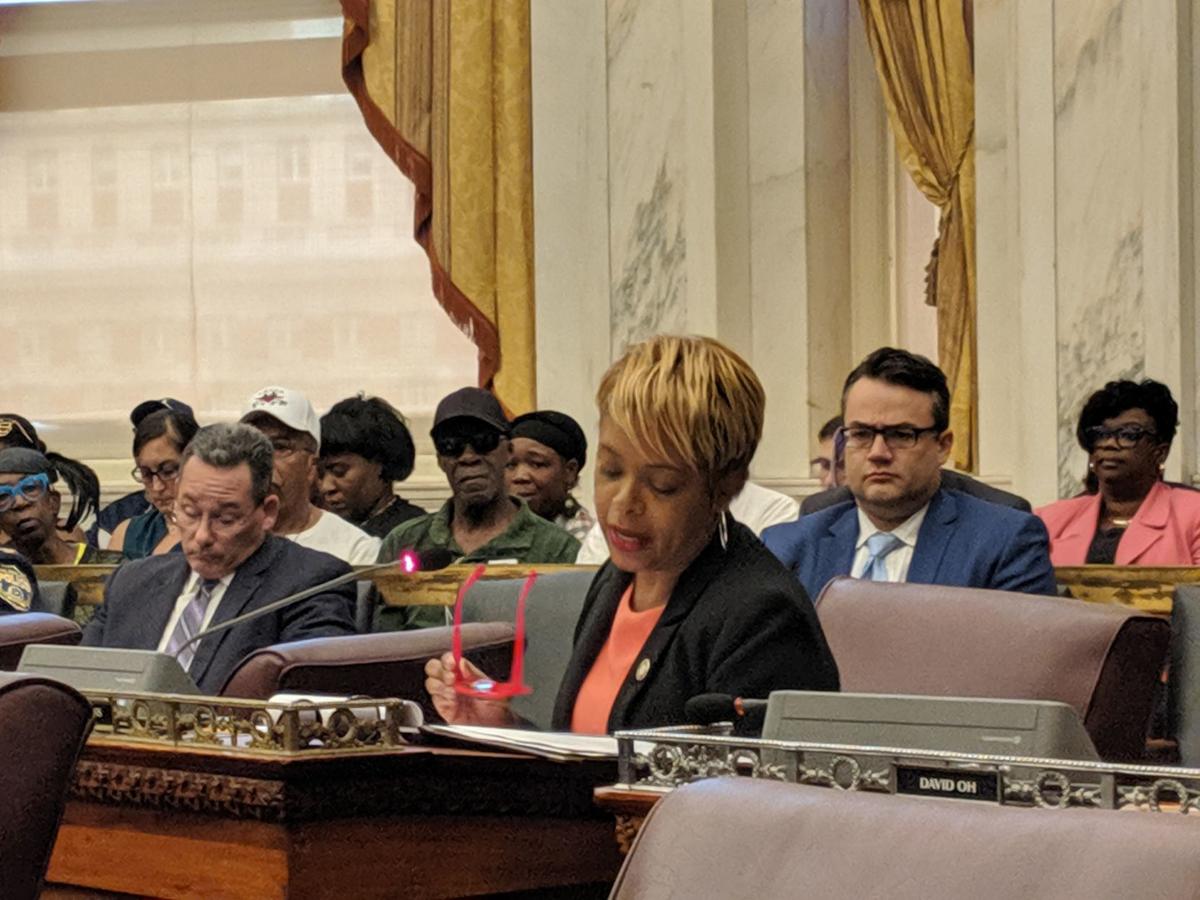 “This is not a revelation, this is not something new. This is something that’s been happening for a very, very long time in the city of Philadelphia,” Councilwoman Cindy Bass said about the derogatory postings by police officers. 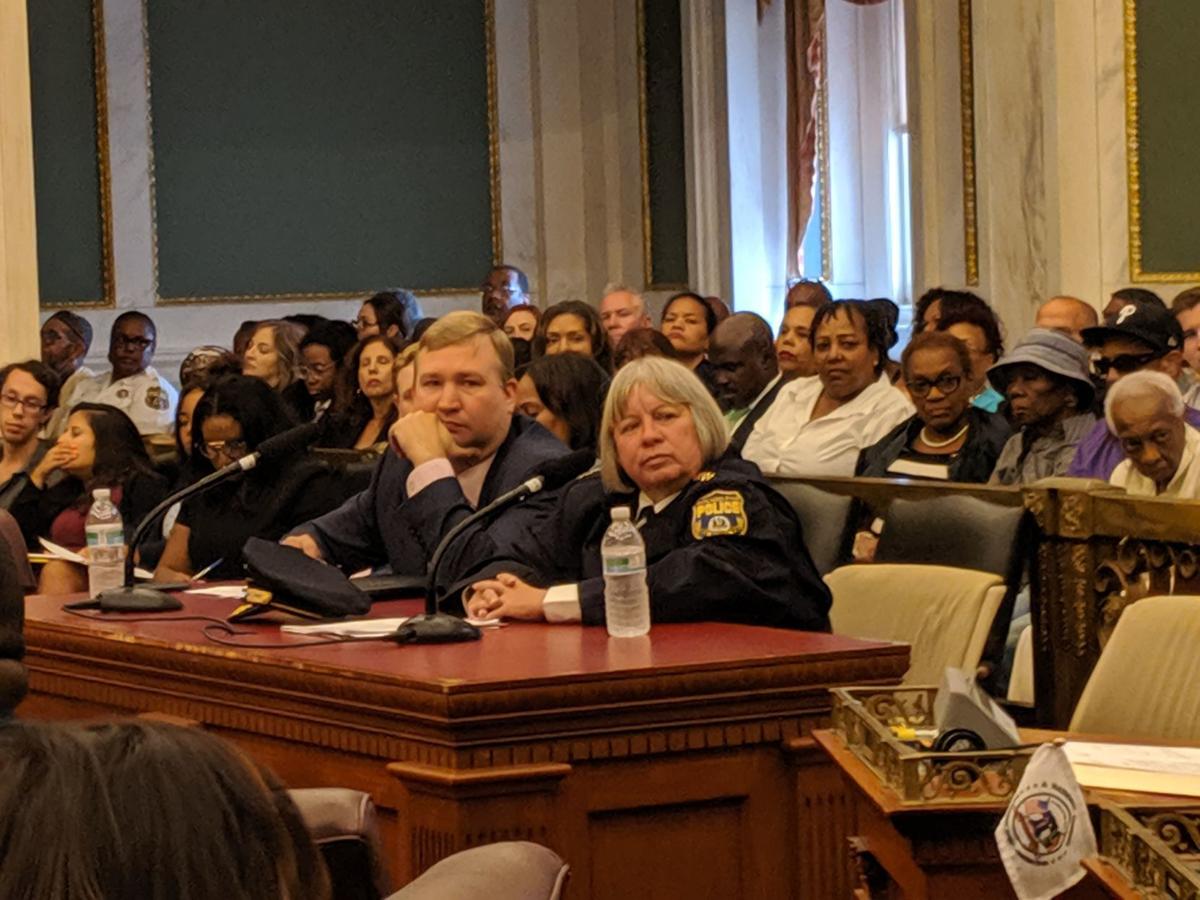 “This is not a revelation, this is not something new. This is something that’s been happening for a very, very long time in the city of Philadelphia,” Councilwoman Cindy Bass said about the derogatory postings by police officers.

A Philadelphia City Councilwoman wants the leader of the Philadelphia Police Department out of a job after a decades-old photo of her surfaced that appeared to mock the brutal 1991 beating of Rodney King.

City Councilwoman Cindy Bass, a Democrat, cast doubt on Acting Commissioner Christine Coulter’s claims that Coulter was not aware of the significance of a slogan on a T-shirt she wore in the mid-1990s that read, “L.A.P.D. We Treat You Like a King.”

“I do not believe that the acting commissioner, Christine Coulter, can effectively manage the external relationships necessary to address police and community tensions which is absolutely required of any commissioner,” Bass said during a City Council committee in City Hall on Tuesday over a separate police scandal.

Bass called on Kenney to ask for Coulter’s resignation immediately, saying Coulter’s decision to wear the T-shirt will shatter residents’ trust and faith in policing, and divide the community. Bass noted that she had expressed her concerns in a letter to Mayor Jim Kenney soon after the photo came to light.

“If the way that [residents] know you is that way, then I say that it is very problematic,” Bass told Coulter during the hearing.

Bass also urged Kenney to appoint an African-American woman as police commissioner, echoing the demands of Black leaders and clergy.

Coulter maintained she was not aware of the slogan’s meaning at the time, but took responsibility and apologized for wearing it.

“When I look at it now through a 2019 lens, it is clear it was a bad decision on my part and I would not wear that shirt today,” Coulter said.

The acting police commissioner said a T-shirt she wore more than 25 years ago ought not overshadow her decades of work in the community.

“For 30 years, I have served in Black and Brown communities with all that I ever had to give, never treating people unfairly or unjustly because of their race or — even people I had to arrest I treated like gentlemen and gentleladies going through the process,” Coulter said.

Kenney appointed Coulter acting police commissioner to lead the 6,500-member department following the abrupt resignation of former-Commissioner Richard Ross in August, who left under a cloud of allegations that he failed to address sexual harassment claims by two female officers, one of whom he had an affair with.

Kenney maintained his support for Coulter in an email on Wednesday.

“I don’t think that her resignation at this point is warranted — nor that a bad decision made 25 years ago voids the work she’s done,” Kenney said.

Kenney pledged earlier this week to appoint a new police commissioner by the year’s end. Residents can provide their input on the selection process through an online survey that can be found at phila.gov/PPDCommissionerdownload.

As talks begin between Mayor Jim Kenney’s administration and the city’s police union in the waning months of the union’s contract, a high-rank…

In the 1990s, Coulter, then a sergeant, made front-page news for allegedly helping conceal details surrounding the beating death of a tow truck driver named Moises DeJesus. The city sought to punish Coulter with a 10-day suspension for lying to investigators about the incident, only to have disciplinary charges against her overturned through arbitration. The city later settled a wrongful death lawsuit with DeJesus’ family.