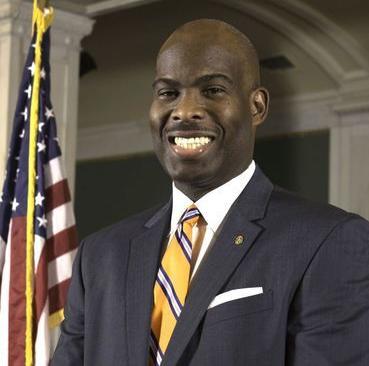 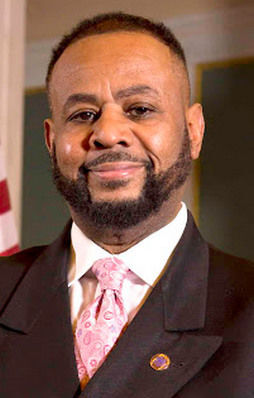 It was an opportunity to “reimagine” gun violence prevention in Philadelphia, said Councilmember Kenyatta Johnson on Thursday, as he introduced a joint hearing of City Council’s finance and gun violence committees.

The hearing was advertised as a discussion of the “inextricable link” between poverty, gun violence and systemic racism.

Green called the hearing “just the first step” in his efforts to explore solutions to gun violence in the city by analyzing the root causes.

Lack of economic development, due to longstanding racist policies in some gun violence “hotspots,” seemed to be high on the list of causes cited by those who spoke at the hearing.

“Racism has to be addressed for the city to move forward,” Qayyum said.

Speakers noted that Philadelphia remains the poorest of the 10 largest U.S. cities with a poverty rate of about 24.5%.

The hearing came at a time when Philadelphia faced a surge of gun violence in the wake of reopenings of public facilities following a pandemic, civil unrest in the aftermath of police shootings, as well as the start of a normal seasonal rise in gun violence expected this summer.

“Opportunities disrupt pathways to violence,” said Atwood, who complained that young Black men and women have to run a daily “gauntlet” of gun violence to achieve their dreams, look for employment and care for their communities.

Green and other hearing participants cited last weekend’s commemoration in Tulsa, Oklahoma, of the 100th anniversary of the burning and destruction of Black economic dreams in Greenwood — once called “Black Wall Street” — as a fitting coincidence for the hearings.

Some of the speakers likened what happened in Tulsa a century ago to the ongoing extinguishing of Black lives through gunfire and alleged racism on the streets of cities like Philadelphia today.

Green said that an auspicious omen for the hearing was also the coincidence of the passage of President Joe Biden’s American Rescue Plan that would make more money available for urban areas like Philadelphia.

Speakers opined Thursday that one glaring deficiency in Philadelphia was minority entrepreneurship, which one speaker labeled “a pathway out of poverty.” Census data indicates that Blacks own only 6% of businesses with employes despite making up 44% of the population in the city, while Hispanics own only 4% of such businesses.

Providing city minority youth with better alternatives than “hustling” on city corners was suggested as an urgent need to break the link from neighborhoods to jail. Speakers urged “cultivating the entrepreneurial spirit” and the better linking of unemployed minority youth to employers. They lamented that lack of Black economic development had deprived such young minorities of business “role models” to help them choose the right paths.

Recruiting Blacks out of prison and in high shooter hotspots were also discussed as solutions.

Qayyum cited a long history of public policy in the U.S. through slavery, Jim Crow segregation, subprime lending, redlining and other policies with helping to box Blacks in and drive Black-on-Black violence.

Lack of employment and entrepreneurship “leads to hopelessness and lack of self-respect,” he said.

“When you’re locked out, that person becomes a walking time bomb and it’s usually a Black male.”

Atwood said that violence and poverty are keeping Black men from meeting their needs and expectations and forcing them to have to choose between legal and illegal means to eat and feed families.

“Gun violence is a symptom of discrimination and being shut out,” she said. “Everyday, Black young men and women aspiring to take care of their community, must run the gauntlet that cuts through their dreams and hopes.”

“We must come up with solutions,” said one of the speakers.

Qayyum cited a “gap” in plans for solutions.

“Missing,” he said, “is the connection between anti-violence groups and the city and larger white economic groups that do this hiring. Hiring is the gap that needs to be addressed.”

Green promised to devote future hearings to closing that gap.

Rashid said the city’s Commerce Department was trying to close some of that distance by connecting potential employees with employers as well as nurturing commercial corridors through investments. He added his department’s goal is to promote economic development and then create a pipeline between employers and employees.

Rashid said that reducing gun violence could not be the domain of a single agency, but should include the public health department, schools, police and early childhood programs.

“To young people opportunity seems out of reach,” he said. “The rich get richer and poor get poorer. They feel excluded and isolated — it’s a recipe for unrest.”