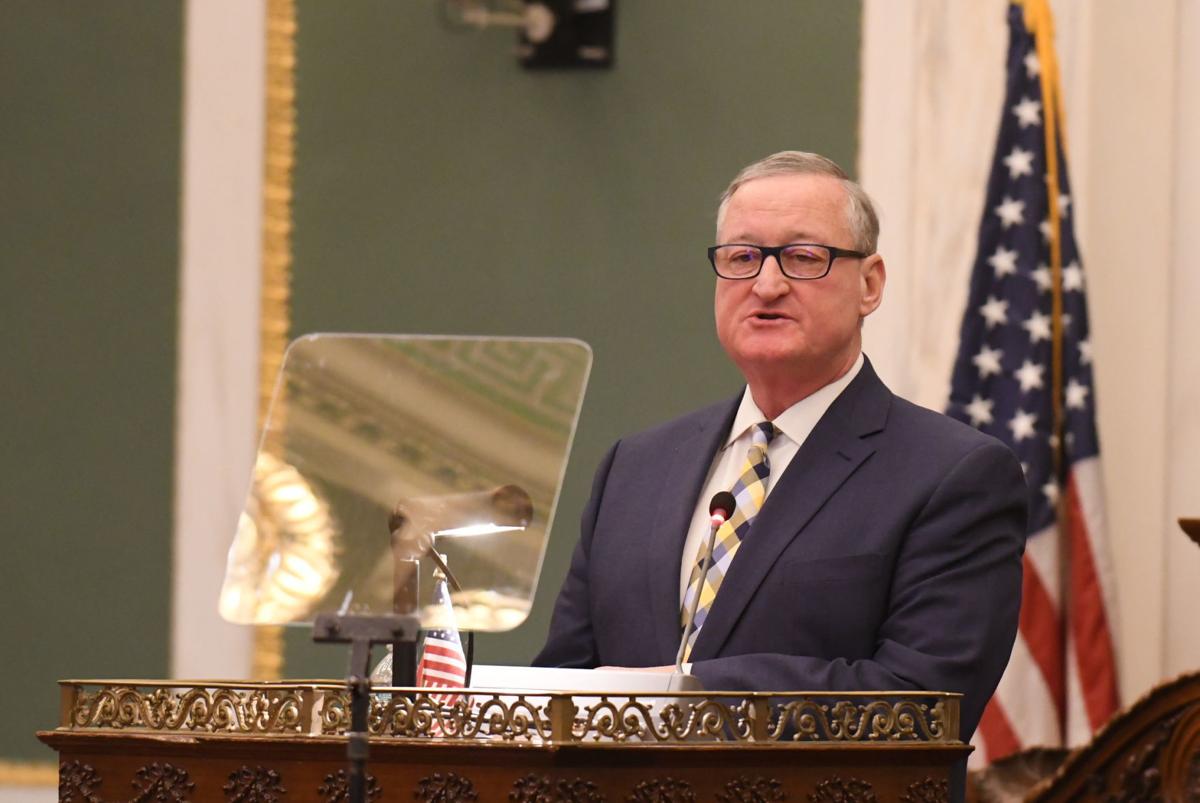 Mayor Jim Kenney inside the City Council Chambers in City Hall in March. 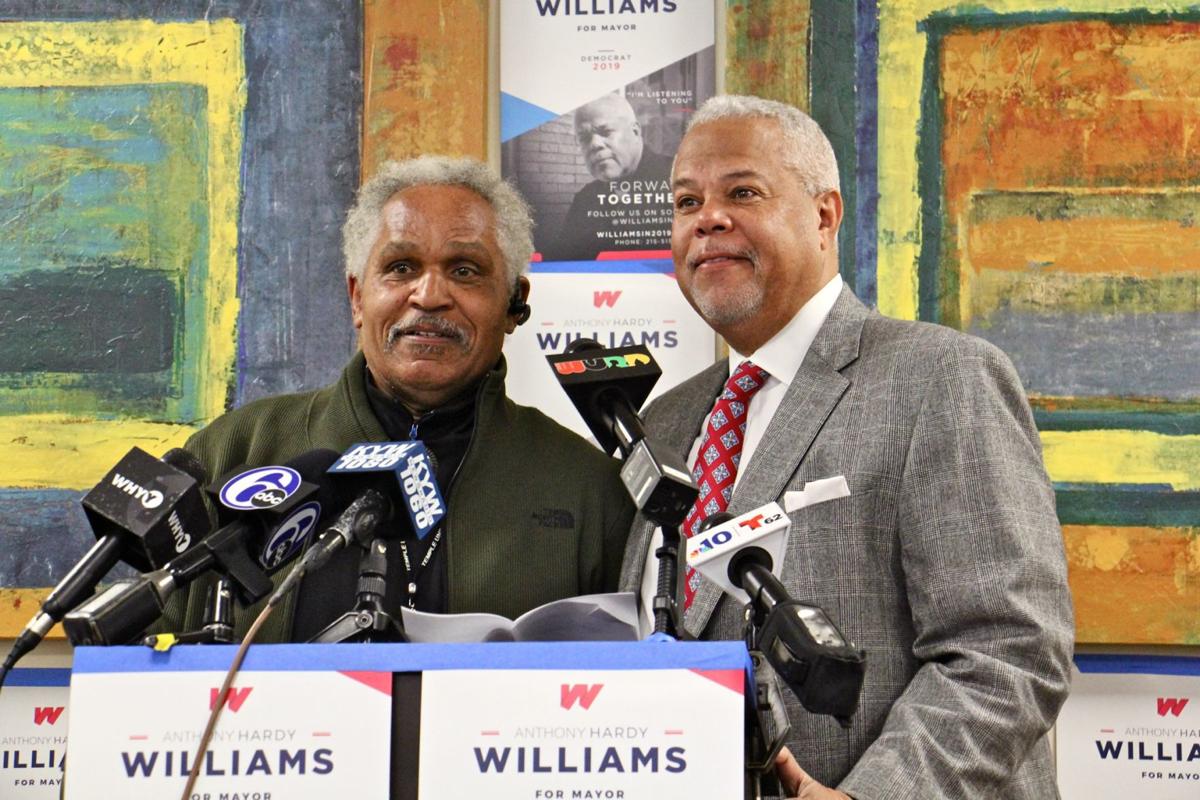 Mayor Jim Kenney inside the City Council Chambers in City Hall in March.

Officials say the city’s largest Black-owned company cost itself the most lucrative city contract for a minority-owned business.

U.S. Facilities, a subsidiary of Philadelphia-based PRWT Services, was disqualified from bidding an annual contract expected to top $17 million, with the potential for three one-year extensions, over a failure to disclose campaign contributions.

And now the company has become entangled in the political mudslinging of the Democratic mayoral primary.

On the campaign trail, state Sen. Anthony Williams, a Democratic mayoral candidate, and former Mayor John Street, who endorsed Williams, have made the company a symbol of the unequal distribution of city contracts to minority-owned companies under Mayor Jim Kenney.

“He just took the contract [away],” Street said, referring to Kenney during an interview this month.

Williams said that any problems with U.S. Facilities should have been reported and addressed to prevent the disqualification, and Kenney should have ensured that other minority-owned businesses got contracts to make up for the loss of U.S. Facilities’ contract. “That is what commitment is about,” he said.

Now, Williams said, “Minority businesses are complaining bitterly that they don’t have any reasonable chance of growing their businesses with city business because they’re not getting city business.”

Brandon Evans, a spokesman for Kenney’s reelection campaign, said in an email that Williams was “clearly misinformed and just plain wrong” about the issue.

Philadelphia, Evans said, has the largest percentage of spending on minority-owned contractors among several large cities, including New York City.

Mike Dunn, a spokesman for Kenney’s administration, said in an email that the administration’s decision to disqualify U.S. Facilities was not based on race, but on U.S. Facilities’ failure to disclose political donations, which is a violation of the city’s anti-pay-to-play laws.

The city has little discretion to overlook the violation, Dunn said, and another non-minority-owned firm bidding for the same contract withdrew its bid over a similar violation.

“These laws are well-known for their strict, mandatory requirements for disclosing political contributions and the resulting consequences for non-compliance,” he said.

Kenney is facing Williams and Alan Butkovitz, the former City Controller, in the May 21 Democratic primary for mayor.

PRWT Services, which provides and manages back-office and clerical support services, is among the top 40 largest minority-owned companies in the nation with profits in excess of $100 million, according to Business Enterprise magazine.

The company has ties to both Street and the Kenney administration.

Burrell has donated $2,000 to Williams’ mayoral campaign. He said the loss of the contract had “little to do with politics.”

“If you’re committed to growing to African American business participation in the city of Philadelphia,” he said, “and you think the growth of those businesses create jobs and investments in neighborhoods, there is no possibility for the Kenney Administration to replace that contract over the next four years if he’s elected.”

Lobbying for PRWT and U.S. Facilities is Joann Bell, according to city filings. Bell was the economic development coordinator in the office of the city representative under Street.

Mustafa Rashed, a spokesman for PRWT and US Facilities, said in an email that both companies have no senior management who worked for the Street administration.

Street, the former mayor, said he had no financial interests in PRWT Services or U.S. Facilities and was not privy to anyone currently employed there.

Harold Epps, whom Kenney appointed to lead the city’s Commerce Department in 2016, is a PRWT alumnus, too.

Epps was the vice chairman of PRWT’s board and served as the company’s president and CEO from 2007 to 2014. At the same time, PRWT and U.S. Facilities was bidding on and winning city contracts.

Mike Dunn, a spokesman for Kenney, said Epps recused himself from those city contracts.

In a 2017 letter, Epps informed Kenney he was disqualifying himself from participating in city contracts and bidding processes involving U.S. Facilities.

‘You never want to see this happen’

Both U.S. Facilities and PRWT have won Philadelphia contracts dating back years and currently to hold at least six other city contracts worth more than $19 million.

U.S. Facilities has ongoing city contracts with the Department of Prisons, Office of Homeless Services, the Department of Human Services; PRWT is a subcontractor on projects involving other offices, Dunn said.

Upon reviewing campaign finance records, the city discovered U.S. Facilities had failed to disclose three contributions totaling less than $500 made to two local officials in 2017, Dunn said. The city notified the company of the issue in February 2018, at which time U.S. Facilities had already submitted its application for the new contract.

The company later revealed it omitted two other contributions totaling $1,500 to a local official in 2017, Dunn said. He noted that the laws do not make a distinction as to the dollar amount of the contributions when it comes to disclosure.

U.S. Facilities also failed to submit a complete and timely response to the city’s request for proposal for the new contract, Dunn said.

City officials could have terminated U.S. Facilities’ current contracts due to the “failures,” Dunn said. Instead, they chose to allow U.S. Facilities to finish the contract but not rebid on it. PRWT and U.S. Faciliites also is allowed to keep its other contracts and bid on future contracts.

Rashed, the PRWT spokesman, said the company was disappointed with the administration’s decision, but it “looks forward to continuing to perform at an excellent level on its existing city contracts and competing for future projects.”

“They didn’t want them to have the contract and so they used that as an excuse to disqualify [U.S. Facilities],” Street said, referring to the campaign donation disclosures.

The former mayor said it was a disgrace that the largest Black-owned company in Philadelphia will lose such a large contract.

The contract U.S. Facilities will lose is for providing maintenance services at the Municipal Services Building, Juanita Kidd Stout Center for Criminal Justice, One Parkway Building — known as the Triplex — and the exterior of City hall.

That single contract represented nearly 14% of all city contract dollars going to African-American firms in fiscal year 2018, according to the annual report from the Office of Economic Opportunity.

The Chicago-based Jones Lang LaSalle Americas was the winning bidder of the new Triplex contract. Dunn said the firm has committed to 53% minority-business participation.

Dunn said the Kenney administration has pushed for and implemented changes that enhance the opportunities for minority- and women-owned businesses to win city contracts. He added that U.S. Facilities is not prevented from bidding on future contracts and current contracts remain in force.

Team Clean, a minority-owned businesses, is one of the subcontractors on U.S. Facilities’ Triplex contract. The company has provided services at the Triplex since the late 1990s. But whether the new firm that won the contract will hire Team Clean is unknown.

Donna Allie, president of Team Clean, said in an email that “you never want to see this happen,” but looked forward to working with the city on current and future projects.

“Though we are diversified in our clients and contracts, as with any shift in business, we will certainly feel this and it will take time for us to fill this out,” she said.

One company, an outsized impact

The loss of a large city contract for a minority-owned company comes at a time when these businesses are not winning an equal portion of city contracts.

Minority-, women- and disabled-owned enterprises collectively have received 33.9% of all city contracts through the second quarter of fiscal year 2019, falling short of the administration’s 35% goal.

While the contract is expected to pay U.S. Facilities $17 million this year, the contract averaged approximately $14 million in prior years dating back to 2006.

In fiscal year 2018, U.S. Facilities received more city contract dollars than any other minority-owned firm — $26 million — and ranked seventh out of all contractors, according to a city report.

That same year, the contract represented 13.6% of all city contract dollars going to African-American firms.

In addition, the contract accounted for 5% of all city contract spending on businesses owned by minorities, women and disabled individuals.

U.S. Facilities was the only firm among the city’s top 10 contractors in terms of dollars awarded to meet 100% of its minority-businesses enterprise participation in 2018.

Barry Johnson, a spokesman for the African American Chamber of Commerce, declined requests to comment about the lost contract and its effects on Black-owned businesses.

Democratic mayoral candidate Alan Butkovitz says the city’s property taxes are out of whack for many, plagued by errors and inaccuracies that …

Black- and minority-owned businesses lose out on a majority of city contracts compared with their white counterparts.

State Sen. Anthony Williams, the only Black candidate running in the Democratic primary for mayor, proposed declaring a state of emergency in …

Democratic primary mayoral candidate Anthony Williams, a state senator in the 8th District, has issued a multi-pronged anti-poverty plan that …

Could the mayor’s signature soda tax sink his re-election bid?

Throwing a party is a lot more expensive in Philadelphia, thanks to Mayor Jim Kenney, said Rita Grant of Cobbs Creek.

Philadelphia sometimes feels like two cities: one impoverished, one revitalized.

Black support for soda tax low, according to poll

African Americans are sour on the sweetened beverage tax, according to a new poll.

Mayor Jim Kenney’s re-election campaign can count on the continued support of the president of the Philadelphia NAACP.