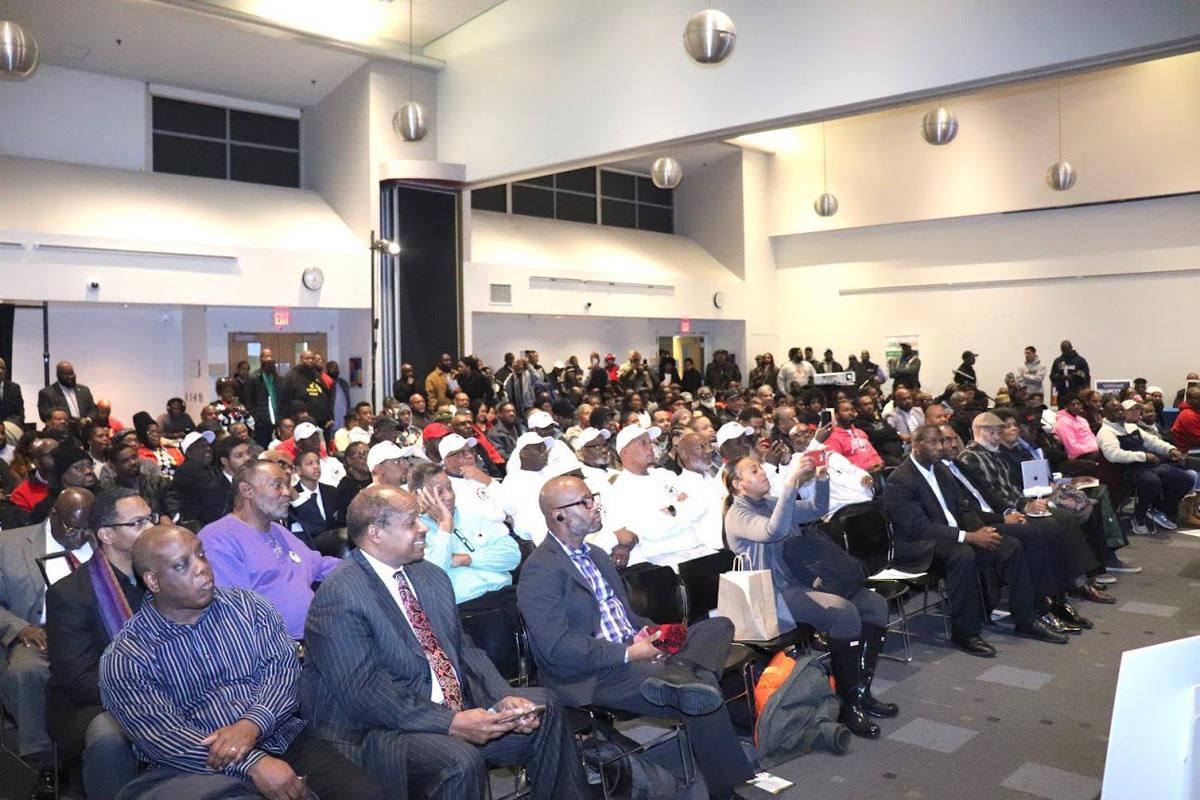 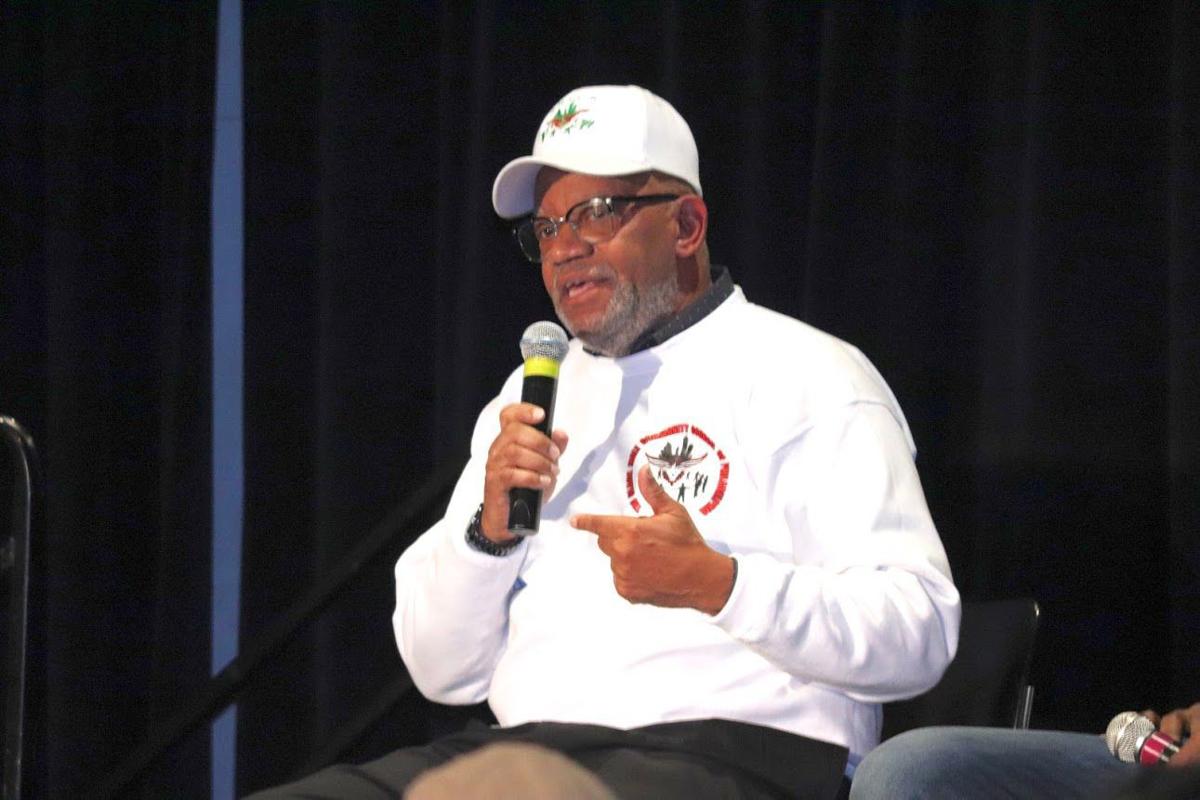 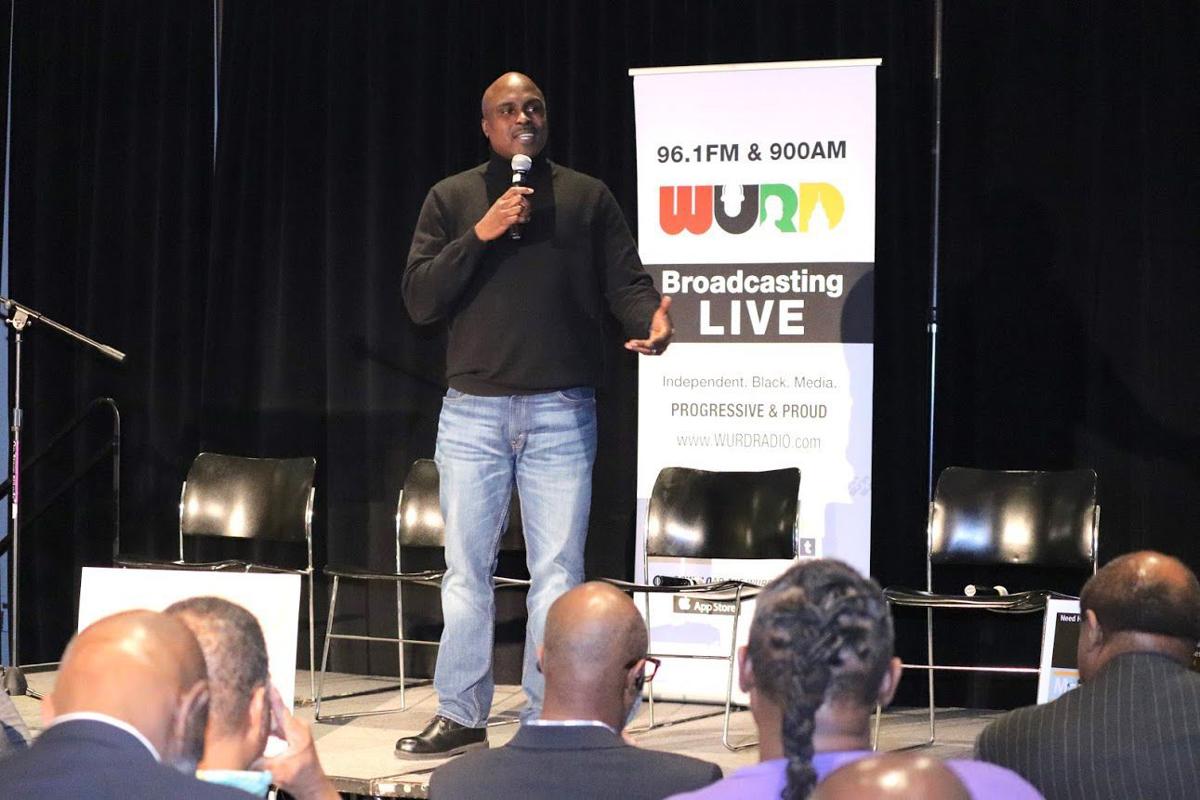 As Solomon Jones stood over the casket of 15-year-old Zyqueire Echevarria, his son’s friend at school who was shot and killed this past October, a very uncomfortable feeling came over hm.

“I’m looking at him and thinking, ‘this could be my son’”, Jones, the WURD radio host said. “It wasn’t. But I thought, how can I look at a child in a casket killed by another child in our community and not do anything.?”

On Monday night, Jones, also an activist convened the first meeting of #ManUpPHL, a group of dozens of Black male organizations committed taking accountability and responsibility of the escalating murder rate in Philadelphia.

“We as Black men in the community are doing the shooting and we are getting shot,” Jones said. “It is up to us – it is our responsibility – to do whatever it is we can to stop this.”

The aim of #ManUpPhil is “to step into the lives of Black men who are statistically most likely to be victims or perpetrators of gun violence” by bringing together groups across Philadelphia that are addressing gun violence separately.”

“We are stronger and can do more when we come together,” said Stanley Crawford.

Crawford’s son, William Crawford, 35, was shot and killed last year in the 1900 block of Harrell Street. In response, Crawford founded the Black Male Community Council (BMCC), an organization of Black men focused on making dangerous sections of the city – hot spots – into safer areas in January of 2019.

“I had choices to make,” said Crawford, 67, adding that no arrest had been made for his son’s murder. I could have gone into the fetal position. I had the ability to seek revenge. But I chose to make sure that another family didn’t have to go through the ripple effect that murder creates.”

His organization was in attendance on Monday night.

Jones put the call out in response to the city’s homicide rate, which continues to trend up. In 2018 there were 353 homicides, marking the most recorded in the city since 2007, when 391 were killed. At this same time last year there had been 297 homicides. As of midnight Monday, the city had recorded 314 homicides, representing a 6 percent increase from 2018.

Over the last month or so, the city has been jolted as the violence has increasingly ensnared young residents of the city.

In late October, 2-year-old Nikolette Rivera was shot and killed inside of her Kensington home. Earlier last month, 11-month-old Yaseem Munir Jenkins was shot four times, including once in the head, while his father used his as a human shield in a drug deal gone bad in the Hunting Park section of the city. Jenkins is expected to survive, but it is unknown if he will ever walk again.

Arrest have been made in both incidents.

And on November 6, 10-year-old Semaj O’Branty was shot in the back of the head walking home from school in the Frankford section of the city. No arrest has been made.

“None of us as fathers, husbands and men in our communities should be able to stand idly by when two-year-old children are being shot and killed and 10-year old is shot in the head,” Jones said.

BIRMINGHAM, Ala. — Parents of a Black man who was killed by police who mistook him for a shooting suspect at an Alabama shopping mall said the…

WURD radio, the only African American-owned and operated talk radio station in Pennsylvania, and one of only three in the country, introduced …