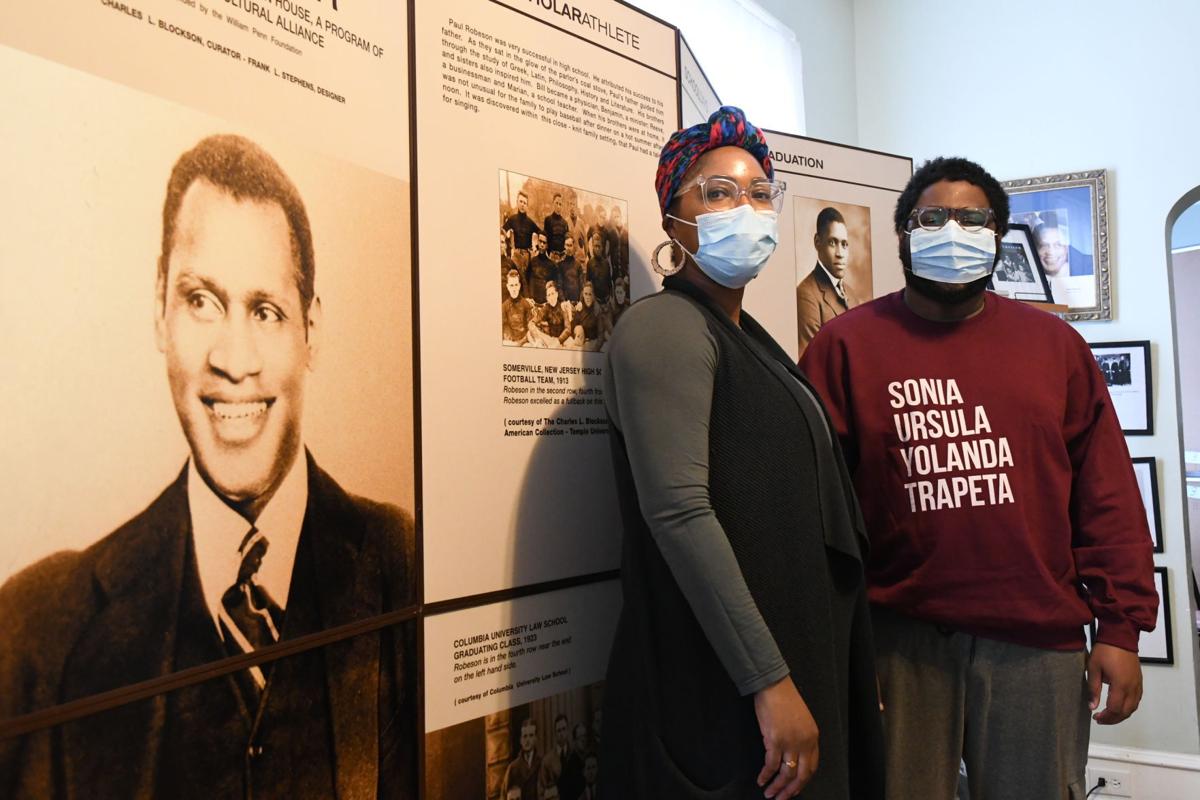 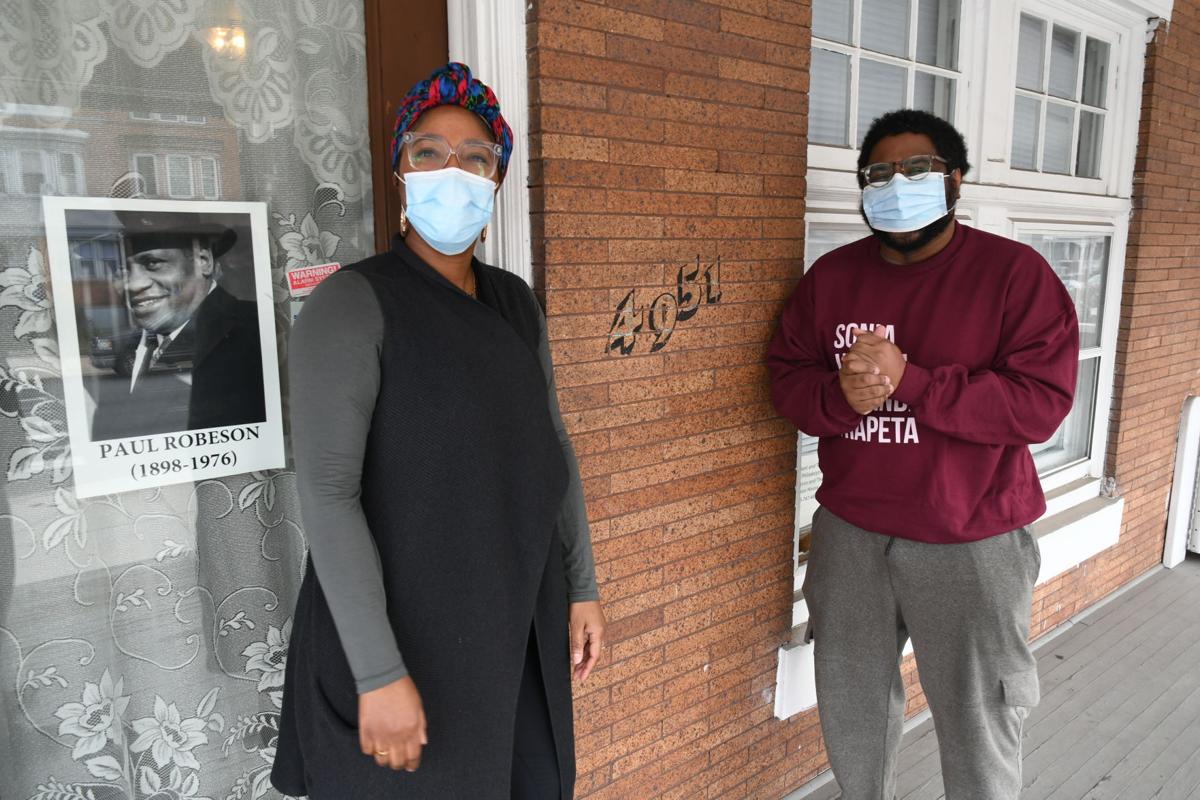 From left to right, Fajr Muhammad and Chris Rogers at the Paul Robeson House and Museum at located at 4951 Walnut Street in West Philadelphia.— TRIBUNE PHOTO/ABDUL R. SYLAYMAN 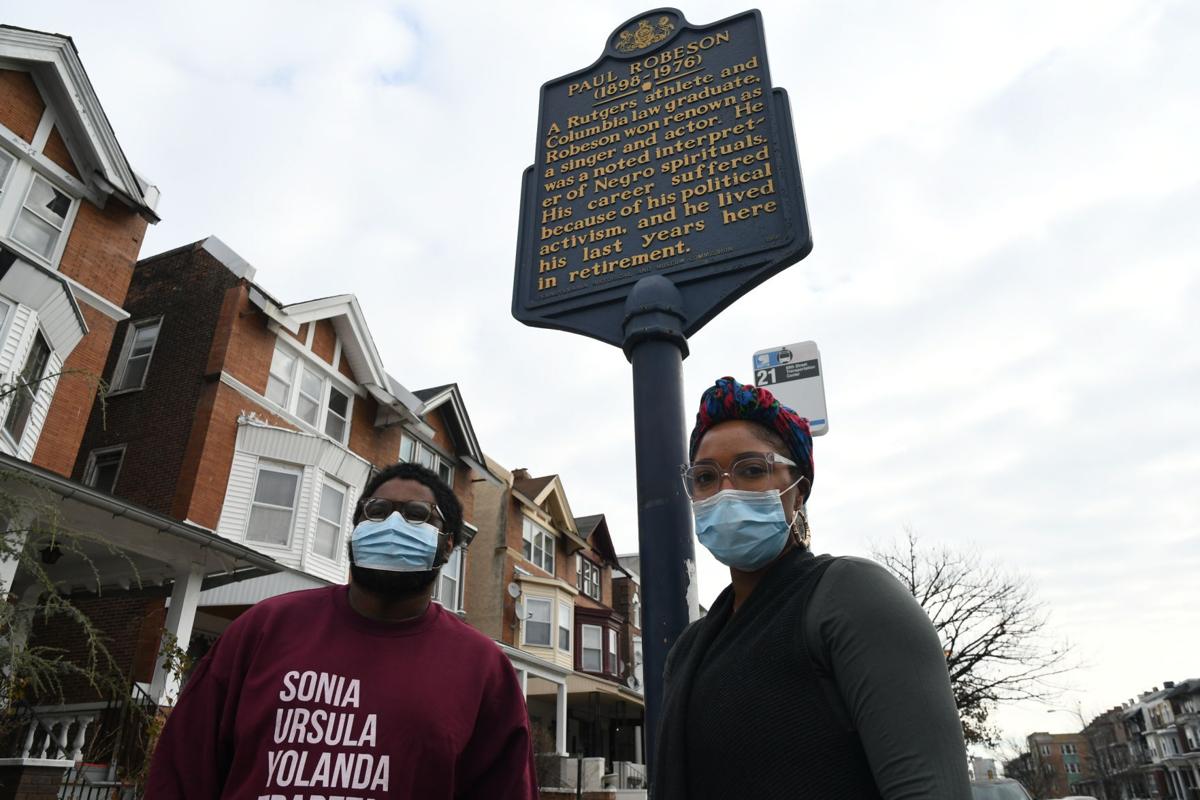 From left to right, Fajr Muhammad and Chris Rogers at the Paul Robeson House and Museum at located at 4951 Walnut Street in West Philadelphia.— TRIBUNE PHOTO/ABDUL R. SYLAYMAN

How should Black Philadelphians remember the protests that rocked Philadelphia over the police killing of George Floyd last year?

A new Black-led project aims to answer that question and foster the discussion around the Black resistance movement here.

The Paul Robeson House and Museum and literary organization Blue Stoop are seeking submissions from individuals who participated in the protests over police brutality and structural racism for a project informally dubbed the Philadelphia Black Uprising of 2020 project.

Fajr Muhammad, a co-editor on the project and Blue Stoop board member, said it was critical that Black Philadelphians share and preserve their stories.

“If we don’t tell our stories, nobody else will,” Muhammad said.

Muhammad spoke alongside Chris Rogers, the project, inside the Paul Robseon House and Museum in West Philadelphia on Tuesday.

Submissions can be in nearly any media, including written stories, poems, oral histories, audio recordings, photos, video, artwork, and more. Stipends will be paid for selected submissions.

Individuals also can submit artifacts from the protests, including signs, buttons, flyers, and tear-gas canisters and rubber bullets used by police on protesters, among other things.

Muhammad and Rogers said they also were collaborating with key leaders and community activists of the protests last year to ensure they contribute, including Black Lives Matter Philly, those from the pro-affordable housing protest encampments, and the Black Philly Radical Collective, among others.

The project received a $33,500 grant from Independence Media Foundation after the killing of Floyd, a Black man, by a white Minneapolis police officer in May.

Rogers said he hoped the project would be part of the cycle of action and reflection for the Black resistance movement as well as show the different perspectives amongst Black individuals about the goals of the protests.

“And that by engaging with these stories [and] creative accounts of the work, we then have the tools to continue the momentum of this entire movement. Because it’s going to take all of us to get to the world that we want to get to.”

Both Muhammad and Rogers said it was significant that African-Americans control their own narratives about the protests. The entire support staff for the project are people of color, too.

Muhammad noted the fallout from the heavy-handed police responses used against the largely white protesters who marched on Interstate 676 compared to the Black neighorhood around 52nd and Market Streets in West Philadelphia.

“There were a lot of stories, like first-person accounts, that came out of that experience from white allies and white protesters,” Muhammad said referring to those who marched on I-676.

“Those stories have a place but also it troubled me in that it was a decentralization of the actual Black experience during that time period.”

Philadelphia police used rubber bullets and chemical weapons on the peaceful protesters on I-676. In West Philadelphia, law enforcement used similar tactics in areas largely devoid of protesters, resulting in residents of the predominantly Black neighborhood bearing the brunt of those attacks.

The protest on I-676 received intense media coverage and resulted in apologies from public officials, while the police response in West Philadelphia received little attention.

The project also serves as a safe place for Black individuals to reflect and share their experiences from the protests, which has been challenging during the coronavirus pandemic, Rogers said.

The Paul Robeson House would typically serve as a central hub for project staff to work and collaborate with others. However, the pandemic and required social distancing requirements have thwarted that effort, which required those working on the project to connect with others via telephone and video calls.

The submissions are expected to be compiled into a book and posted online.

Muhammad hoped the project would become an educational tool to reveal that “Black resistance is possible.”

For more information or to make a submission to the project, visit https://phlblackuprising.cargo.site or send an email to phlblackuprising@gmail.com. The Paul Robeson House and Museum website is https://www.paulrobesonhouse.org.