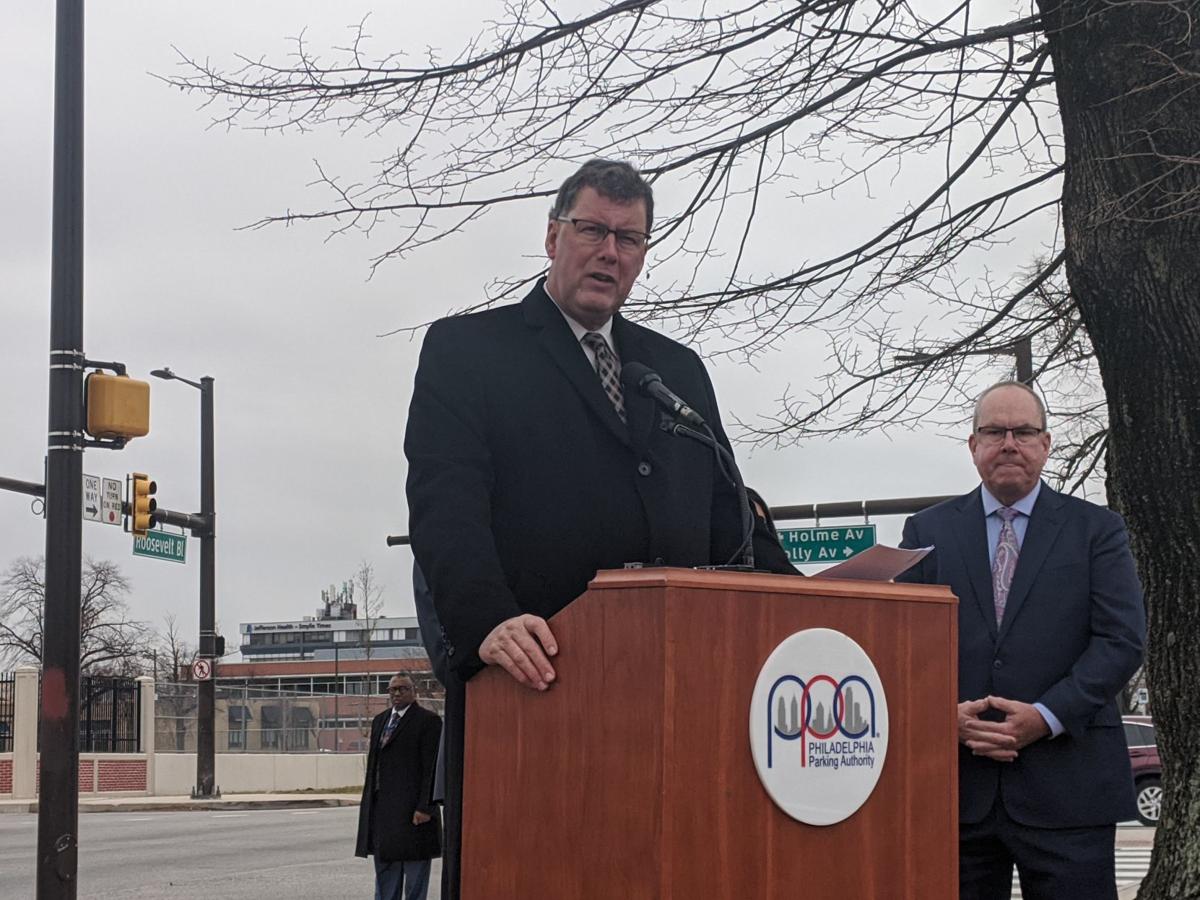 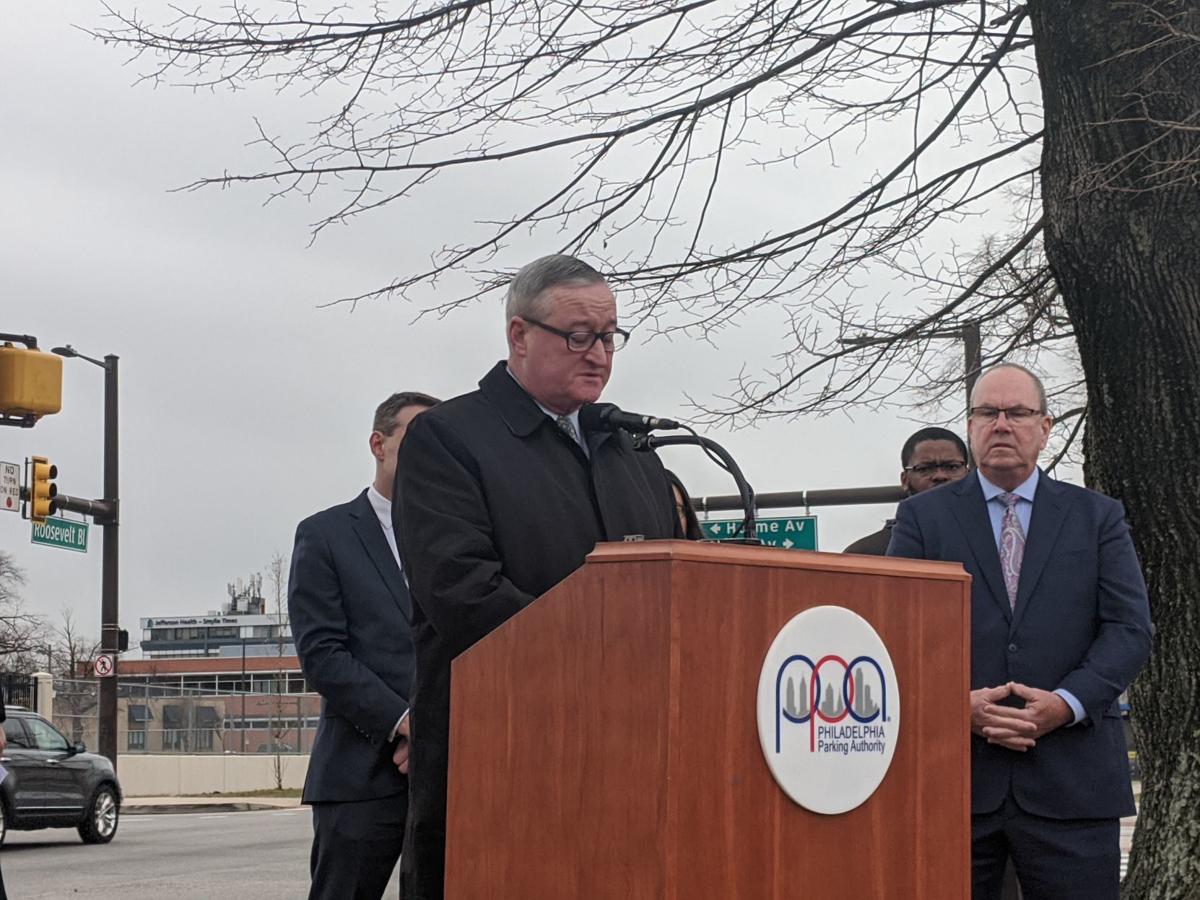 ‘Adding automatic speed cameras on the boulevard is one of the most effective steps that we can take toward eliminating traffic deaths,’ says Mayor Jim Kenney.

‘Adding automatic speed cameras on the boulevard is one of the most effective steps that we can take toward eliminating traffic deaths,’ says Mayor Jim Kenney.

Philadelphia has a new weapon in its arsenal to crack down on motorists speeding on Roosevelt Boulevard: Automated speed enforcement cameras.

On Monday, the Philadelphia Parking Authority (PPA) began installing 32 speed cameras as part of a pilot program along the city’s most dangerous road. The cameras will dole out tickets to speeders around May following a 60-day “warning period.”

The speed cameras will work to reduce traffic-related injuries and fatalities, and complement the nine red light cameras already operating on the 12.6-mile corridor that winds through North and Northeast Philadelphia, PPA Executive Director Scott Petri said. He did not immediately have cost estimates for the pilot program.

“We believe red light cameras save lives,” Petri said, “and we believe the installation of speed cameras will save lives.”

The PPA will install the cameras at eight locations over the next six weeks. The first camera location was near the Acme supermarket at Solly Avenue and Roosevelt Boulevard in the Rhawnhurst neighborhood, where Petri, Mayor Jim Kenney and other officials gathered on Monday.

Kenney said the speed camera program was part of his administration’s Vision Zero plan to eliminate traffic-related deaths by 2030.

“Traffic-deaths in Philadelphia are preventable and never acceptable,” Kenney said. “Adding automatic speed cameras on the boulevard is one of the most effective steps that we can take toward eliminating traffic deaths.”

The speed cameras will monitor drivers along all 12 lanes of the boulevard in certain areas and ticket drivers traveling at least 11 miles per hour over the speed limit, which varies along different stretches of the roadway. Signs will be posted warning drivers about the cameras.

Motorists traveling over the speed limit by the following amounts can expect to pay:

Motorists can receive as many as three violations within a 30-minute period.

The fines will be mailed to the registered address of the vehicle and a driver will not be assessed points on his state driver’s license. The city will receive 50% of the fine revenue, Petri said.

Petri said that Pennsylvania scofflaws who don’t pay their fines could eventually have their car impounded and booted, among other penalties. He sidestepped questions about how the PPA can enforce payment from out-of-state drivers, saying, “It’s very difficult, but we will pursue them to the maximum ability that we can.”

The program leaves open the possibility that motorists will pay twice for the same violation.

“There’s an administrative process, there’s a legal process and I’m sure that’ll get worked out by the judge,” Petri said. “Some of this is personal responsibility. Every time I get into a vehicle, I’m responsible for my conduct and the consequences that go with it.”

Officials fell short of their pledge to install the cameras by the end of 2019. Petri said the program ran into “regulatory matters that had to be published,” which took longer than anticipated and delayed the installation timeline.

Speed cameras are in use in an estimated 140 municipalities in 14 other states. In New York City, speed cameras were credited with reducing speeding by 63% and fatal crashes by 55% at camera locations between 2014 and 2017, according to the PPA.

Data for traffic-related injuries and fatalities on Roosevelt Boulevard were not immediately available. In 2018, 18 people were killed in traffic-related fatalities. The corridor had more than 3,100 reported crashes between 2012 and 2016, resulting in 60 deaths and 91 severe injuries.

Roosevelt Boulevard is home to residential and commercial properties. Pedestrians frequently cross the multi-lane roadway outside of crosswalks, which are not located close together. Makeshift memorials of flowers, pictures and candles also can be seen along the boulevard.

This article was updated at 5:52 p.m. on Tuesday, Jan. 14. Councilwoman Cherelle Parker was the main sponsor of the legislation to get speed cameras installed on Roosevelt Boulevard, not Councilwoman Cindy Bass.

A regulatory snag is delaying the rollout of speed cameras on deadly Roosevelt Boulevard.

Philadelphia officials have a plan for jokers causing trouble in traffic on deadly Roosevelt Boulevard: the BAT lane.

Philadelphia traffic deaths on the rise, despite Vision Zero promise