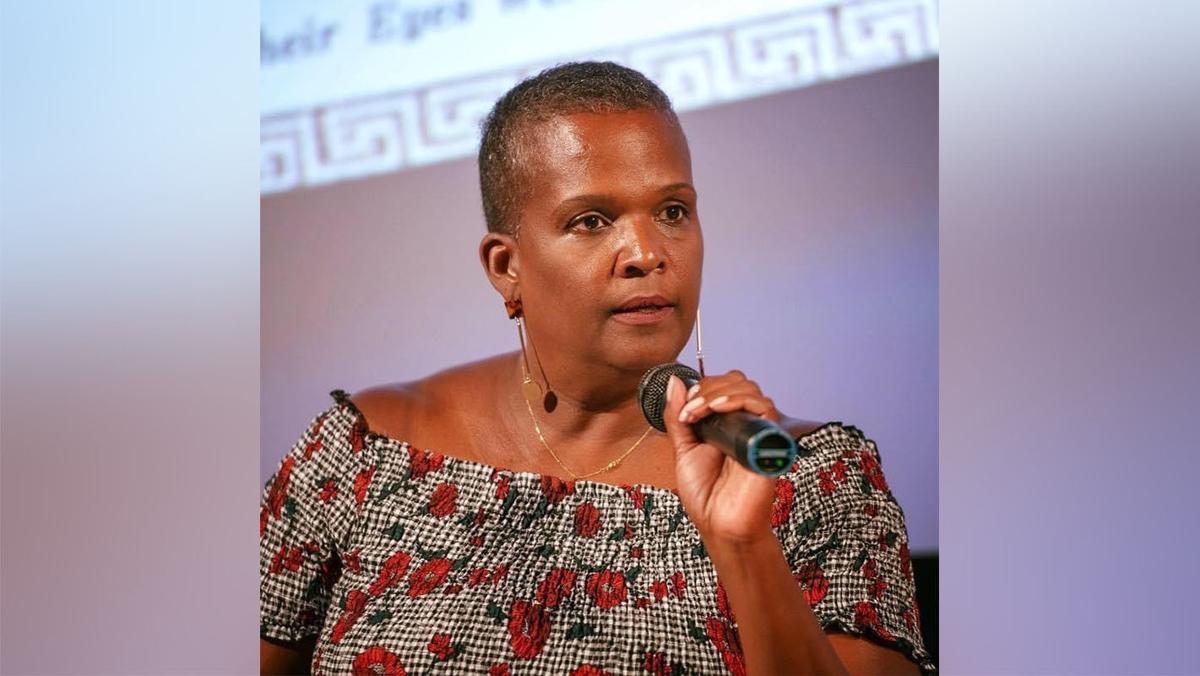 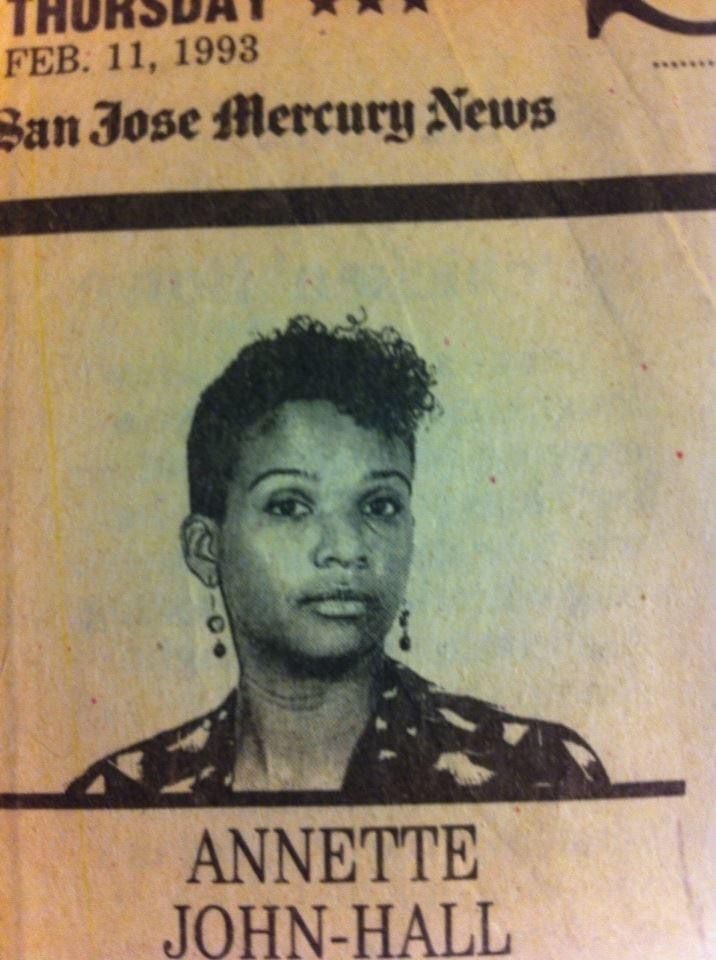 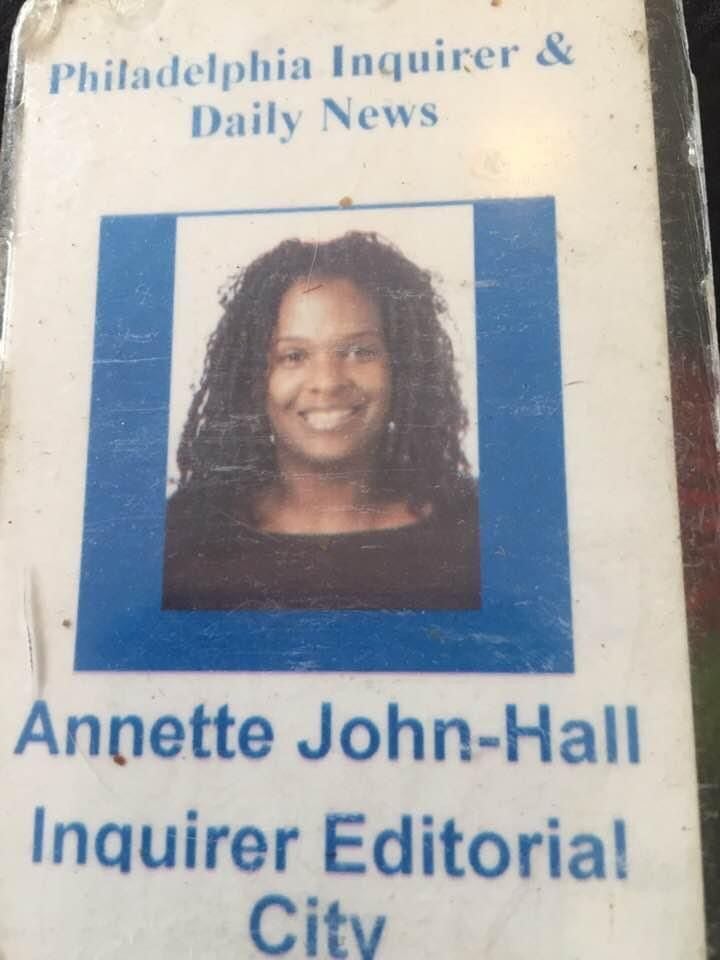 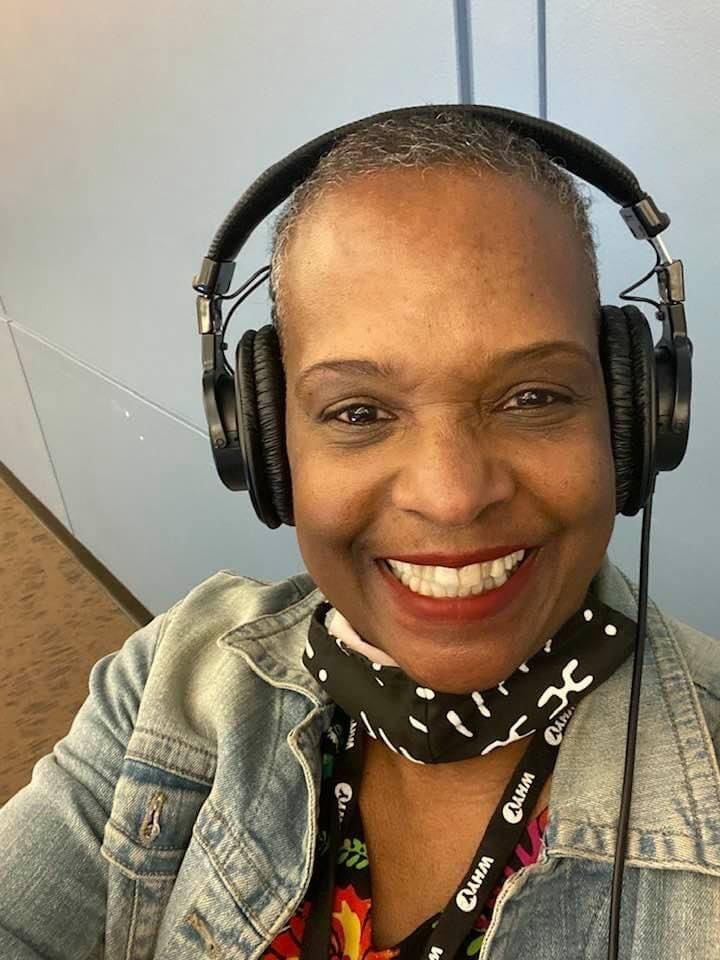 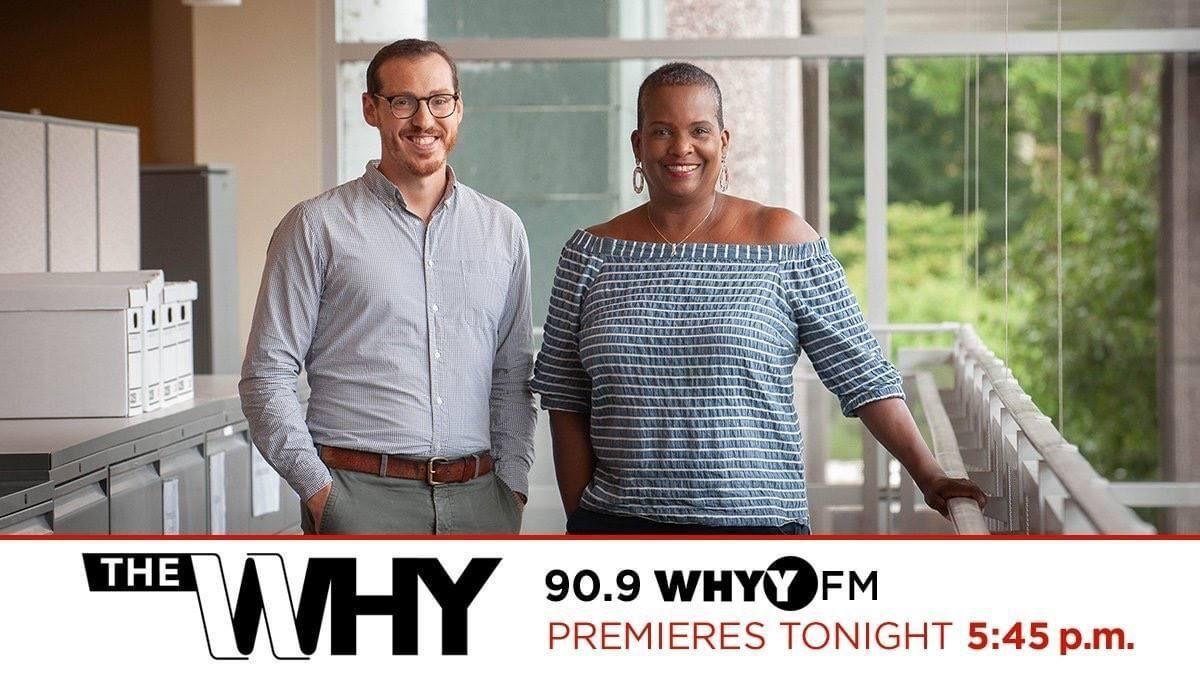 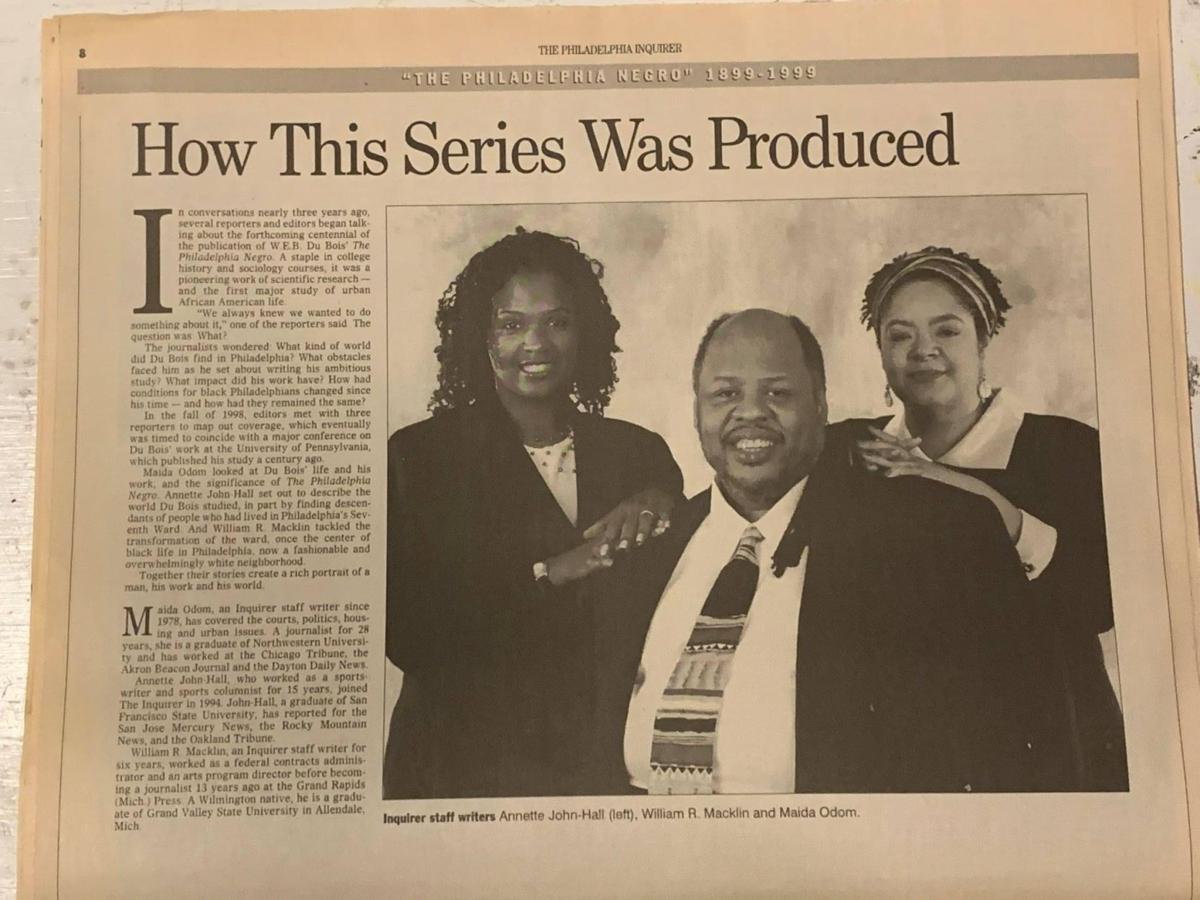 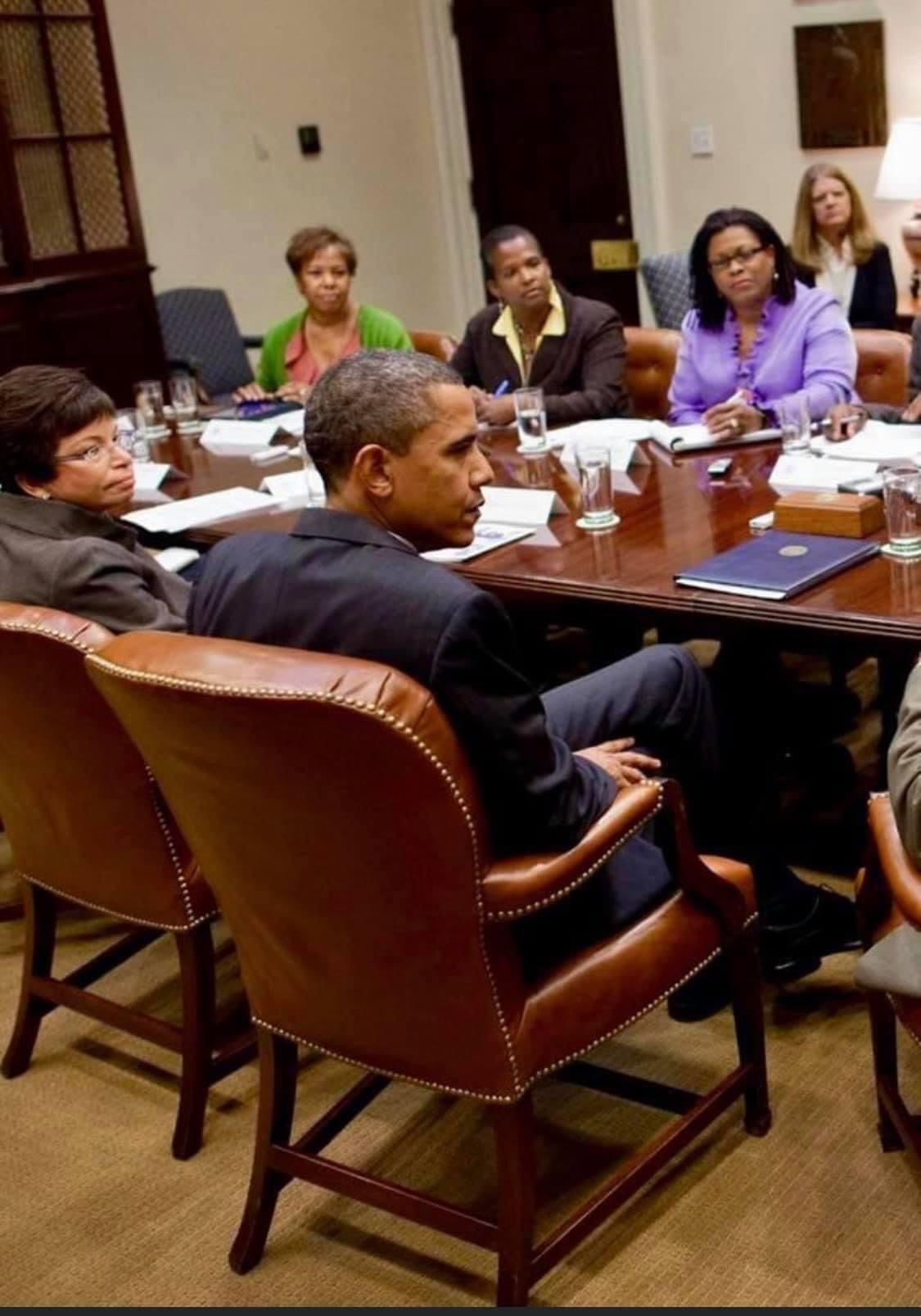 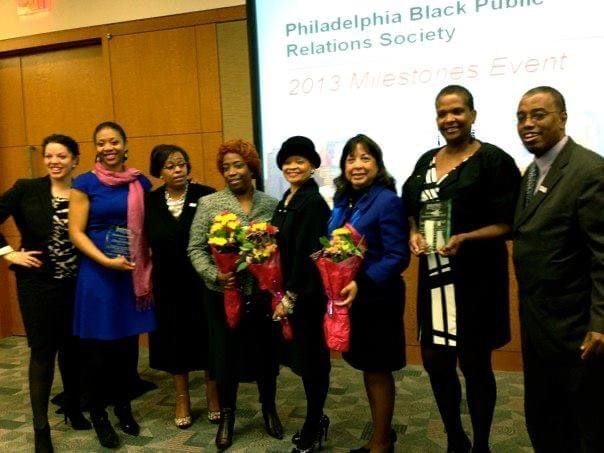 Annette John-Hall has covered sports in three cities, interviewed celebrities, written a metro column in Philly and, in 2016, became a podcast host and producer at WHYY.

But finally, after 41 years in the journalism game, Annette is closing her notebook for the very last time. She is retiring from her work as a journalist. Today is her last day at WHYY.

Annette began covering sports as a student at San Francisco State and became one of the first Black women sports writers, covering high school and college sports for the Oakland Tribune and the NBA for the Rocky Mountain News. She endured the knocks as she paved the way for others, being verbally assaulted by a baseball player and hit on more than a few times by basketball players. But undeterred, she worked with athletes to make locker rooms a safe and more welcoming place for women reporters.

She won a Pulitzer Prize as part of the San Jose Mercury News team that covered the Loma Prieta earthquake in 1989. She went on to The Philadelphia Inquirer where she produced award-winning work, and, where as a metro columnist, she had an enormous following. She wrote about issues affecting communities of color and about the campaign and inauguration of the nation’s first Black president. She was one of 20 Black columnists invited by President Obama to the White House for a free-wheeling conversation on how to address issues affecting Black communities.

As a columnist, she took the weeklong Food Stamp Challenge, lived on a weekly food budget of $35 a week, and gained an intimate understanding of how more than 475,000 Philadelphians cope with food deficiency. Annette told the story of Lisa Wilson, the resilient owner of the Jamaican Jerk Hut, and her ongoing David-and-Goliath battle with residents of Symphony House, a nearby 32-story luxury condominium complex, over, of all things, reggae music. And she chronicled the plight of a group of African American summer campers who were disinvited from an all-white swim club, harkening back some 50 years ago when racism fueled decisions to drain public pools rather than allow Black people to swim in them.

Annette has been a difference-maker. She came to WHYY as a wise, seasoned journalist who brought perspective, a sense of daring, and a continued commitment to amplifying voices from communities of color, whether it was as a reporter for Keystone Crossroads, a host for the Cosby Unraveled podcast (she was recently interviewed by W. Kamau Bell for a Cosby production he’s working on) or as host/producer for WHYY podcasts The Why and Real Black History.

WHYY’s afternoon drive host, Cherri Gregg, sat down with Annette this week to take a look back at her storied career.

Annette John-Hall (AJH): That’s darn COVID. You know, I was working from home when they hired you. You obviously have to be in the studio to do what you do. I didn’t get a chance to see you, but I am just so, so happy that you’re at WHYY now. You are so terrific.

And so are you. But let’s talk about your career. First here at WHYY. First of all, I got to re-listen to Cosby Unraveled, the podcast, and I believe that was your first podcast. What was that like?

AJH: It was more than a notion, as my grandmother would say, to transition from print to broadcast. But, you know, I couldn’t have found a better place to learn and to do by doing Cosby Unraveled. I had never hosted anything before, but I do know how to report. And the thing that I think put Cosby Unraveled above the rest of the podcasts that were out at the time was that we were reporting in real time, we were reporting the trial. We were doing boots-on-the-ground journalism and going back to the Richard Allen Homes in North Philly, where Cosby grew up, talking to his community there about what they thought about the trial and about him. And I think that that gave the podcast another level of authority and nuance, to talk to people who we seldom hear on the radio.

From Cosby Unraveled, you then started to work on hosting our next podcast, which was The WHY. Four days a week. How did Cosby prepare you for that level of production, boots on the ground every single day?

AJH: Yeah, we learned how to prioritize, you know, doing a four-times-a-week podcast. Trying to address topical news was a grind. But from Cosby Unraveled, I learned how to do a narrative podcast to tell a story, to have our reporters on to take us through the story. Writing a script for a podcast is really different than writing for print. It’s almost like writing a play a little bit in there, but real for life.

And you won awards for that podcast. Congratulations!

But I got to ask you. You started your career right out of college as a sports reporter. There weren’t very many women covering sports. How did that change you or shape you as a journalist?

AJH: Well, when I started in 1980, fresh out of San Francisco State University at the Oakland Tribune, it toughened me up. You know, I was one of the few women on the road. I can only think of one other Black woman on the road at that time, which was Claire Smith, who just got a building named after her at Temple. And when we would see each other on the road, Cherri, we would be like, “[relieved sigh]”. It’s just so good to see somebody else who understands what you go through. You know, I had situations where I wasn’t let into locker rooms. I had situations where I was hit on by players and coaches so young I didn’t know how to handle it. It was scary at times, frustrating. But I’m so glad that I could be looked at as one of the women who paved the way for the many, the 10s, the dozens of other women who are now doing that.

Then you came to Philadelphia, but you didn’t cover sports. You were a columnist.

AJH: I spent 10 years as a sports writer. That was enough for me, because I was trying to juggle being a mom. I had two small kids at the time and getting ready to have a third. I could not stay on the road any more. I could not work nights and weekends, which are when the games are. And so I was able to, at the Inquirer, cover features for a while and then I was asked to write a metro column.

That’s how I met you. And you actually provided a very unique perspective. What was one of the things you loved about being a columnist and being able to share your opinion in that way?

AJH: Well, one of my goals in being a columnist was to do the boots-on-the-ground journalism, to talk to the people that you didn’t see on the pages of the Inquirer unless it was some kind of crime committed. You know, I wanted to get in the neighborhoods and humanize people, and I think I was able to do that. I was very lucky in that I was a columnist at the time that Barack Obama was running for president. The Obama campaign allowed me to use that as a springboard to talk a lot about race and culture.

So, Annette, a beautiful career. So what is next? And I got to point out, you have a new grandbaby. Are you a grandma???

AJH: My mother was called “Honey” by her great-grandchildren because she couldn’t remember their names. And so she used to say, “Honey, go do this,” or “Honey, come here.” And that’s how “Honey” became this term of grandmother endearment in our family. So I am Honey to Zuri Rose. She can’t say it yet. She’s only 13 months. One of the reasons I decided to retire at this particular time was because of her.

And so I’m sure you’ll be having some other things up your sleeve as well.

AJH: Yes, I plan to apply to graduate school. I’m doing a lot of community service right now, so I’m going to be really busy, but in a different kind of way.

And as we wrap up, I got to ask you as you transition to this next phase, if there’s one thing you’re most proud of, what is it?

AJH: Having a diverse career. Being a sportswriter, being a columnist, being a feature writer, and then transitioning into radio journalism… that I was able to do all those things with a degree of excellence is probably what I’m most proud of. Because, it’s not lost on me that how I did reflects on other Black women coming after me.

Amen. And I’m happy to be here after you left such excellence in front of me and set an example. So, Annette John-Hall, sad to see you go, but so happy to see what you’ll do next. Thank you very much.