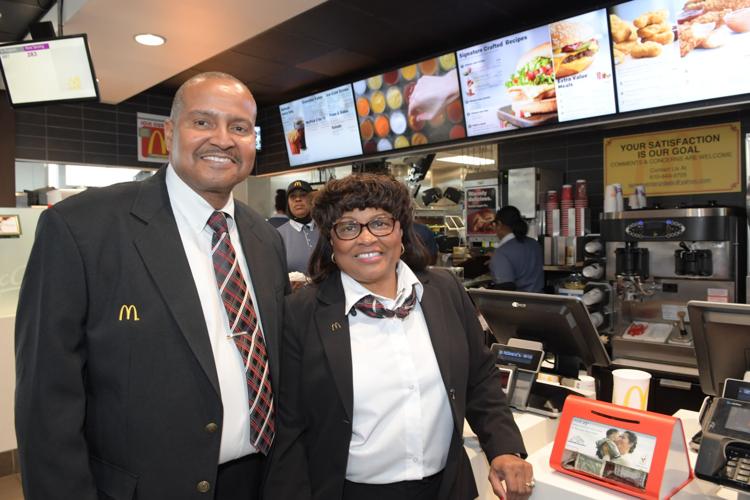 Tanya Holliday and her husband Wayne, at the grand re-opening of the McDonald’s restaurant located at 5020 City Line Ave. Holliday is the first African-American woman to own a McDonald’s in the city. 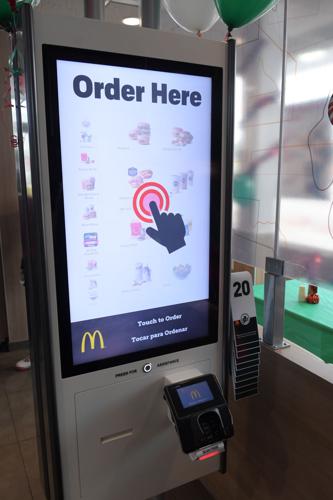 Customers can now order from the newly installed self-serve kiosks.

Tanya Holliday and her husband Wayne, at the grand re-opening of the McDonald’s restaurant located at 5020 City Line Ave. Holliday is the first African-American woman to own a McDonald’s in the city.

Customers can now order from the newly installed self-serve kiosks.

The McDonald’s located at 5020 City Line Ave. has been renovated and outfitted with new technology upgrades that are part of what McDonald’s calls the “experience of the future.”

These changes are reflective of a new restaurant model that has been successfully rolled out in more than 2,600 international McDonald’s restaurants.

“We are really trying to make sure that the guests have a high-level experience – a different experience from the traditional McDonald’s,” said Tanya Holliday, the owner/operator of the City Line II restaurant.

“We’re trying to be a big player in the game.”

As part of the technology upgrades, customers can now order using a self-serve digital kiosk located in the restaurant’s lobby.

“Customers can actually walk up to the kiosk and they can place their own order,” Holliday explained.

“They can build their sandwich however they like it. They can pick the drink or fries size that they want. They can do it all themselves.”

As a part of its changing model, the restaurant is also offering table service for those who are dining in. After using a kiosk, a customer will take their order number to a table where an employee brings the food.

As part of the renovations, the dining room has been modernized and slightly expanded. Custom made murals are slated to be placed on the walls of the restaurant. The murals will feature aspects of the city of Philadelphia and the neighboring St. Joseph’s University.

Holliday is the largest Black-owned McDonald’s franchise owner in the Philadelphia region. She currently owns nine McDonalds restaurants. In 2009, she became the first African-American woman to own a McDonald’s in the city of Philadelphia when she purchased two restaurants on City Line Avenue. She plans to upgrade two of her other stores by the third quarter of 2018.

She currently serves as president of the National Black McDonald’s Owners Association for the Northeast Zone, which is comprised of African-American owners from Boston, Baltimore, New York, Washington, D.C., Virginia and Pennsylvania.

“I really wanted make this customer centric and reflect the community,” Holliday said.