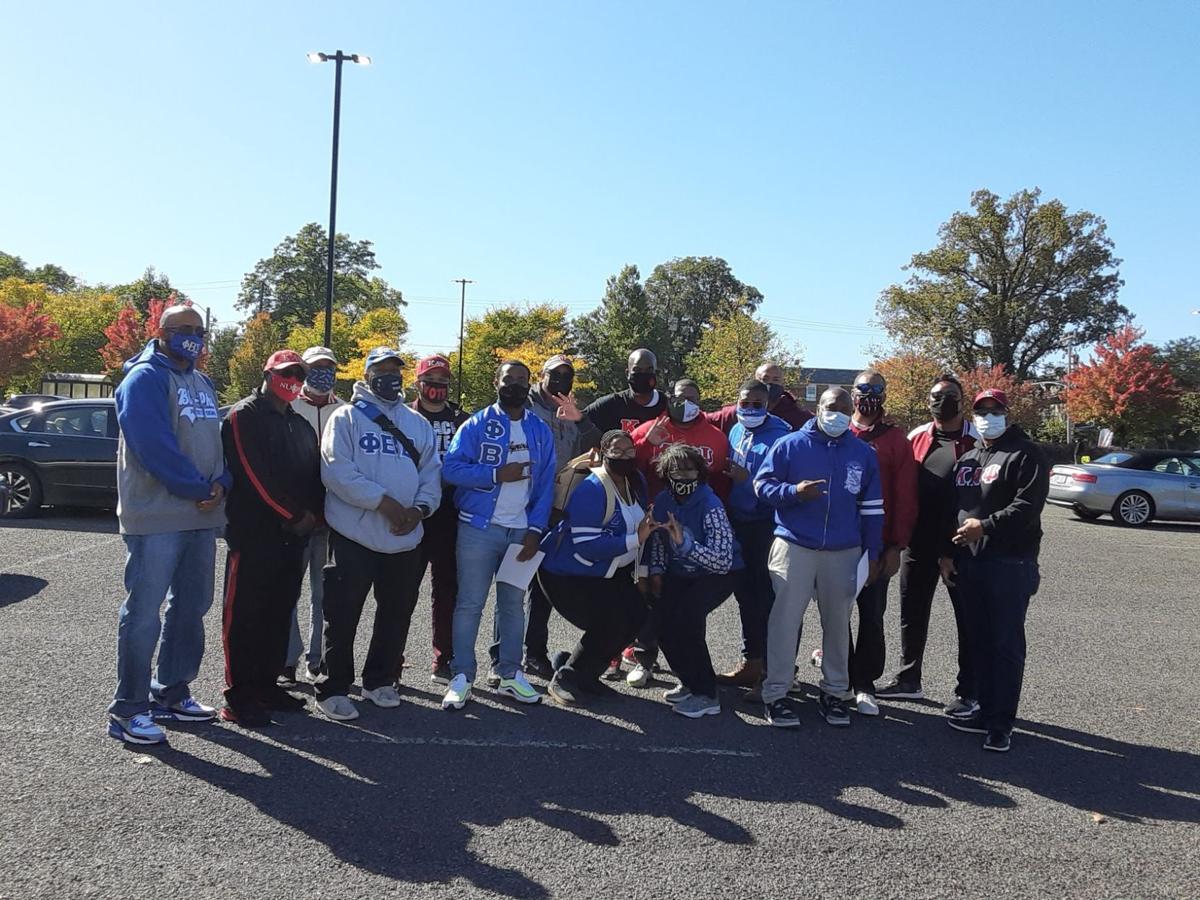 Members of Kappa Alpha Psi, Phi Beta Sigma and Zeta Phi Beta gather at Shoppes at LaSalle University on Saturday to lead a final push to get eligible voters registered on or by November 3. — Tribune Photo by Erin Flynn Jay 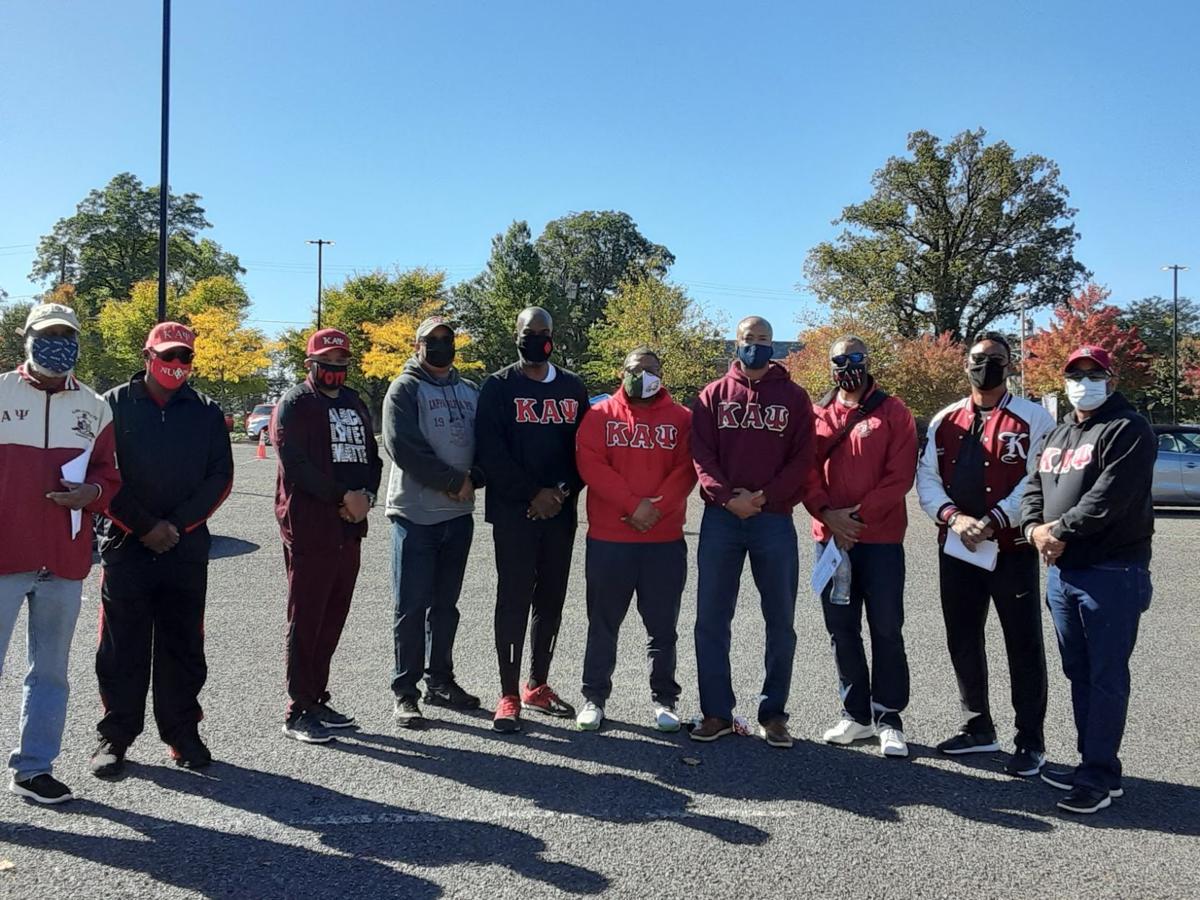 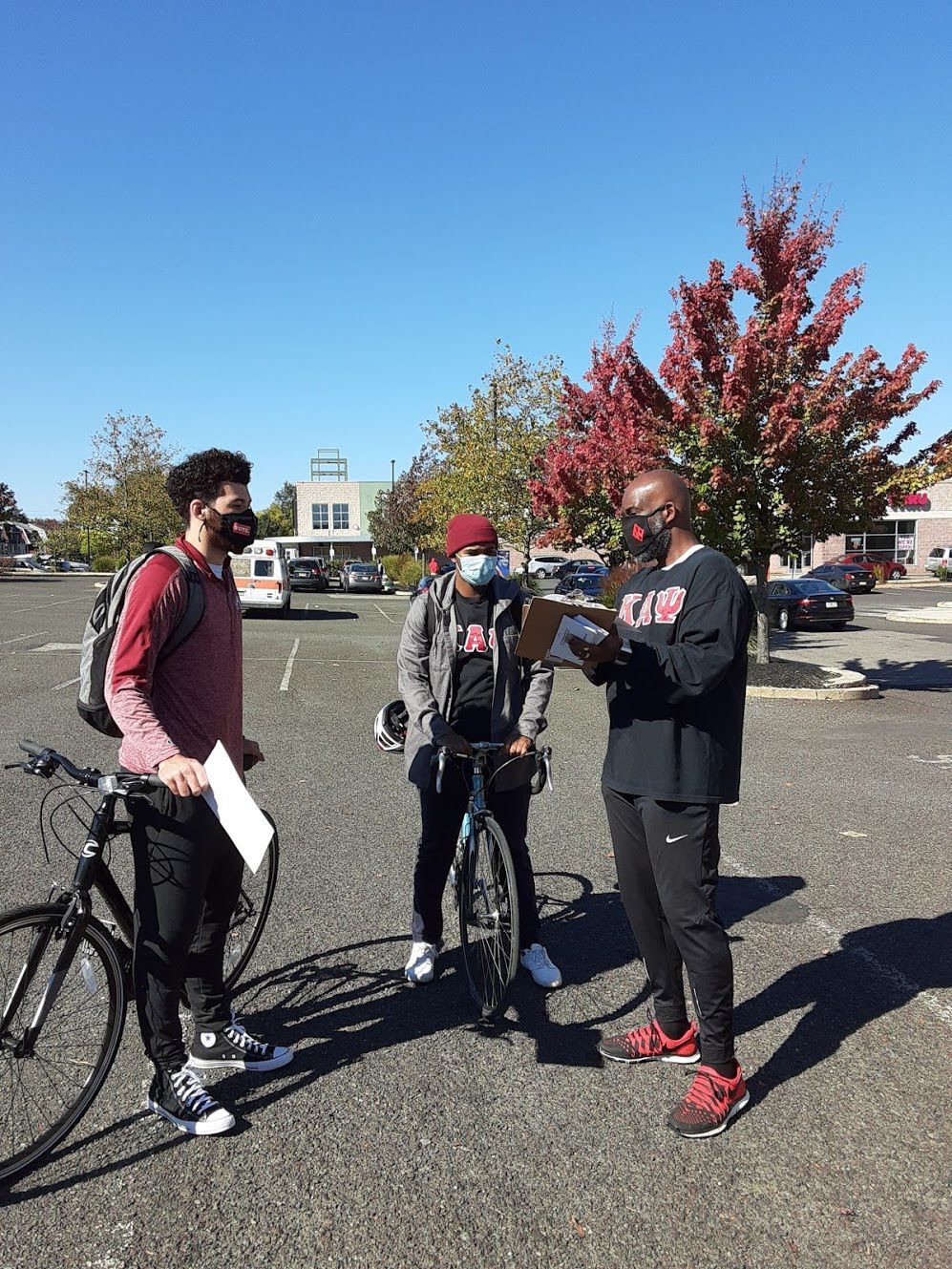 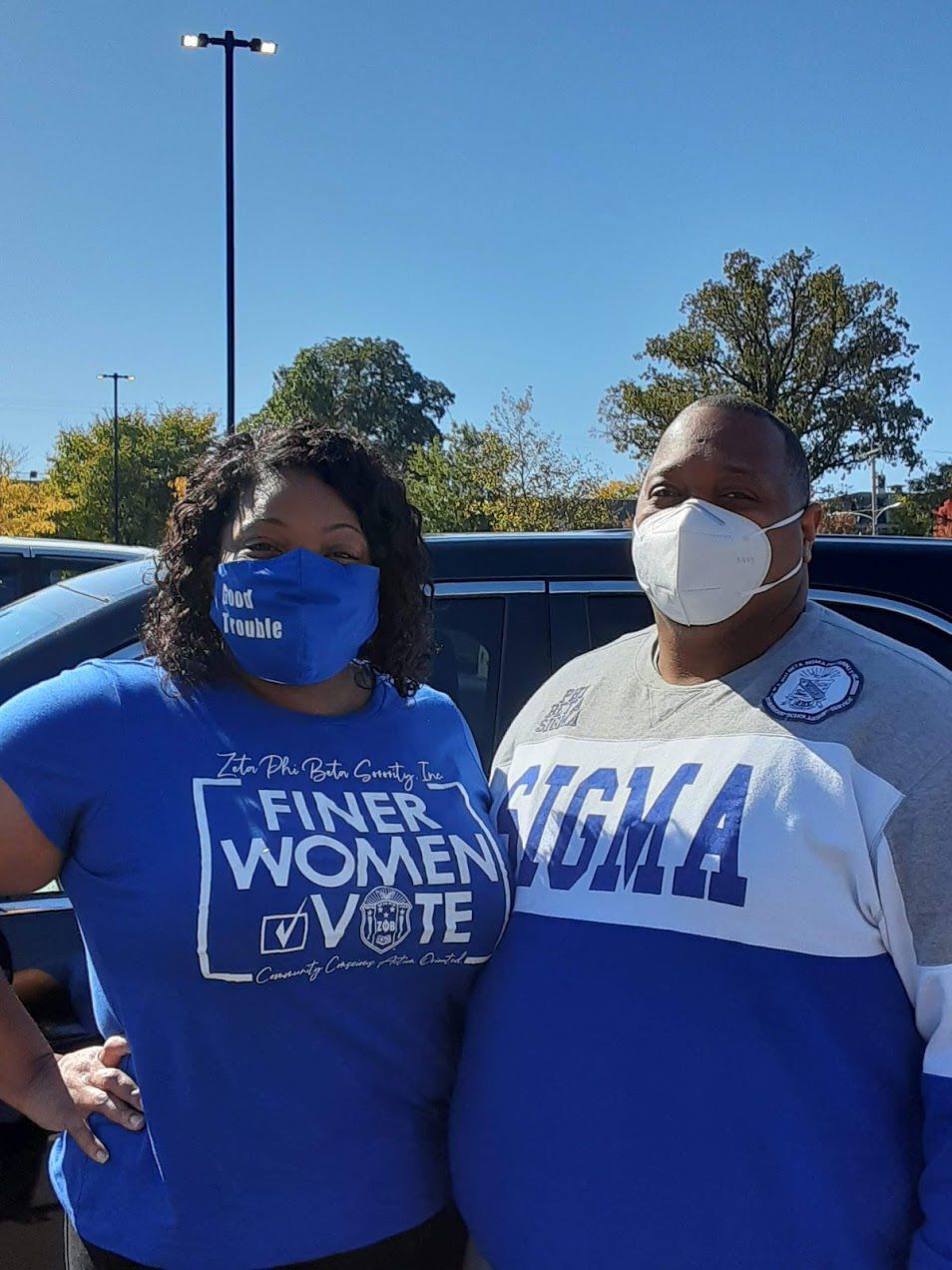 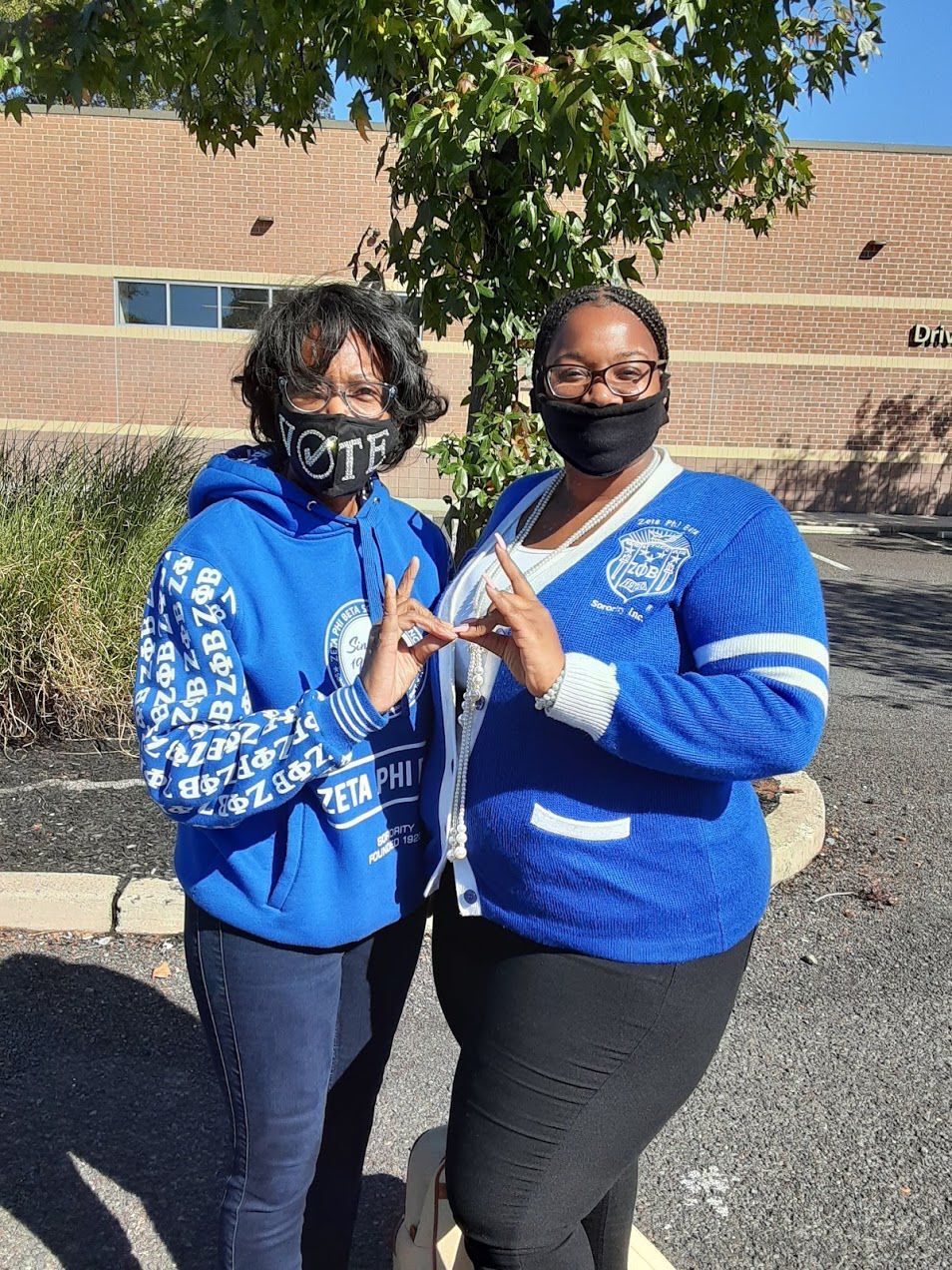 Members of Kappa Alpha Psi, Phi Beta Sigma and Zeta Phi Beta gather at Shoppes at LaSalle University on Saturday to lead a final push to get eligible voters registered on or by November 3. — Tribune Photo by Erin Flynn Jay

Philadelphia at-large councilmembers Derek Green and Katherine Gilmore Richardson and about 25 members of Black Greek-lettered organizations gathered at The Shoppes at La Salle University near La Salle University in the Logan neighborhood of Philadelphia on Saturday to lead a final push to get eligible voters registered in time to cast their ballots on or by Nov. 3.

Efforts of the collective, named the Black Greeks Together Voter Outreach Initiative, center around door-to-door canvassing, as well as stationary distribution and collection of voter registration and mail-in ballot applications.

“We wanted to do our part in having people turn out to vote and become engaged and inspired,” said Troy Smith, a member of the Philadelphia chapter of Kappa Alpha Psi Fraternity.

“Our main purpose is to inspire service in the public interest; we do that by coming out and participating in community events.”

Green said he wanted to make sure voters got their mail-in ballot returned in time. He said three reasons people did not turn out in the June primary were: because of the COVID-19 pandemic, when a lot of senior citizens weren’t comfortable going out in public places; only 800 voting locations were open in the primary compared to normally having 2,000; and the mail-in ballot process is new for a lot of people in Pennsylvania.

Tambrea Jaley with the Zeta Phi Beta sorority Philadelphia alumni chapter has been working on this effort every Saturday for the month of October, “enforcing and impressing upon the citizens of Philadelphia the importance of voting.” Jaley has knocked on 30 to 40 doors every Saturday.

“This is an initiative of Black fraternities and sororities that have come together to make sure people understand the importance of voter registration and also to educate voters especially in the African-American community about the process,” said Green.

Green received calls from some of his fraternity brothers of Kappa Alpha Psi who were concerned with Philadelphia being a crucial aspect of Pennsylvania from a voting perspective. They put together this operation to educate voters about mail-in balloting, voter registration and to get the word out at wards throughout the city: the 42nd Ward and 11th Ward previously, Saturday in the 17th Ward, and next week in the 49th Ward.

“Senator Kamala Harris is a member of Alpha Kappa Alpha sorority, which has also helped to galvanize fraternities and sororities around the country,” he said.

Richardson said it was her pleasure to team up with colleagues Green and Councilmember Cherelle Parker. “We are the three Black Greek members of Philadelphia City Council. This a nonpartisan effort so we are not telling you who to vote for, but we are telling everyone to get out and vote in the most consequential election of our lifetime today.”