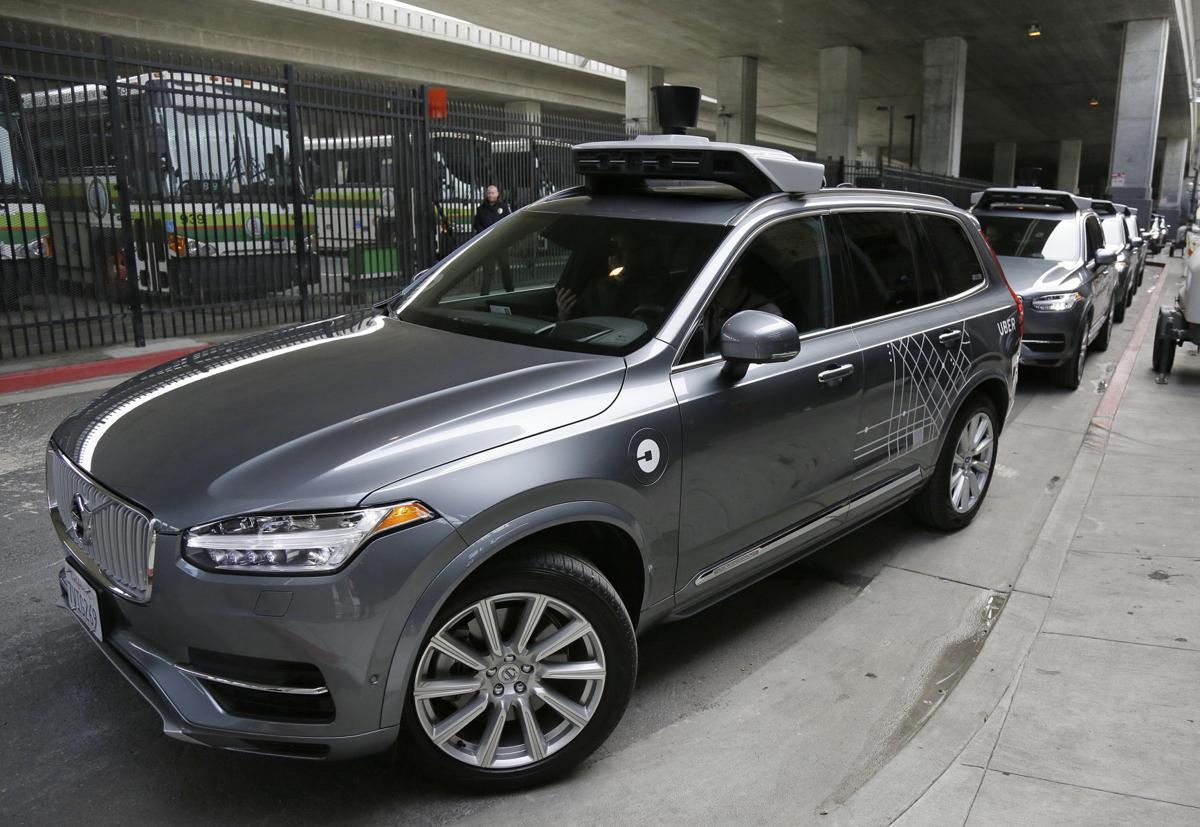 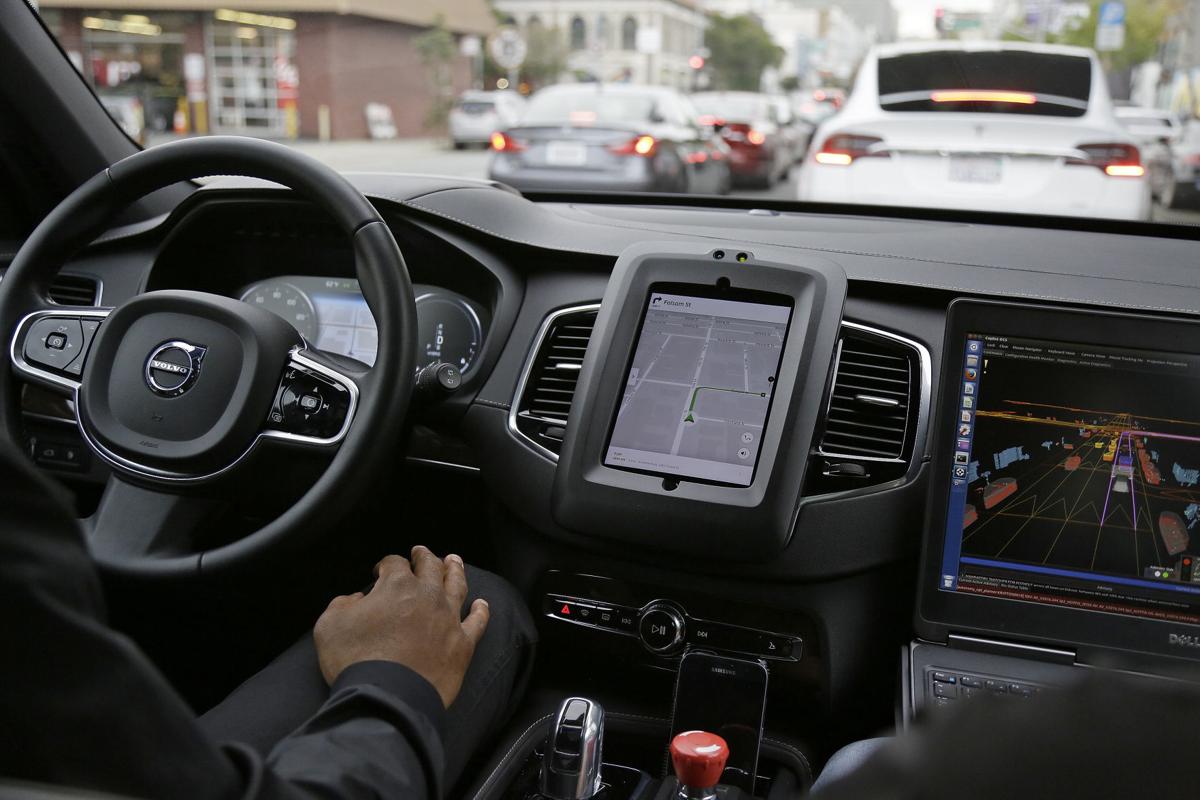 An Uber car in driverless mode waits in traffic during a test drive in San Francisco. The House Energy and Commerce Committee’s subcommittee on Digital Commerce and Consumer Protection recently held a hearing on self-driving cars.

An Uber car in driverless mode waits in traffic during a test drive in San Francisco. The House Energy and Commerce Committee’s subcommittee on Digital Commerce and Consumer Protection recently held a hearing on self-driving cars.

When the House Energy and Commerce Committee’s subcommittee on Digital Commerce and Consumer Protection held a Valentine’s Day hearing on the introduction of self-driving cars, it was all love for the wondrous new innovation soon to hit roadways and the automation revolution just over the horizon.

“From the Internet of Things and health apps, to drones and robotics, and the revolutionary capabilities of 3-D printing, many of these technologies are transforming commerce and creating new opportunities for economic prosperity in America for generations to come,” said subcommittee Chair Rep. Greg Walden (R-OH) in an opening statement. “Without question, one of the most exciting developments in 21st century commerce is self-driving cars.”

But during that two-hour hearing, which displayed an impressive line-up of automobile executives from General Motors, Volvo and Toyota along with experts from companies like Lyft and RAND, there was no conversation on what would happen to the millions of Americans who drive cars for a living.

The focus centered primarily on the safe application of autonomous vehicles, ensuring that the vehicles could be safely deployed alongside conventional cars driven by humans. And, hoping to introduce new technology that could prevent the estimated 45,000 fatalities a year resulting from automobile accidents, policymakers in Washington have made public safety a priority when discussing new developments in the innovation space.

Still, a growing chorus of technology experts, thought leaders and elected officials are expressing concern that Silicon Valley is not considering the broader and potentially devastating socio-economic consequences of automation. In the case of autonomous vehicles, a study recently released by the Center for Global Policy Solutions found that more than 4.1 million driving occupation jobs would be lost if the technology were rapidly introduced in to the marketplace.

It’s a first-of-its-kind study to break down —by race, gender and state — how an autonomous (or robotic, AI-driven) technology could severely undermine workers in the United States.

And while, numerically, 62 percent of the driving workforce is white, Black and brown workers in driving occupations would be disproportionately hit, particularly those without college degrees who look to driving jobs as relatively reliable high-wage earning jobs. The economic ripple effect of automation and artificial intelligence technologies such as driverless cars would be heavily felt throughout many Black communities, particularly in Southern and Rust Belt states with large Black population centers.

According to the study, nearly 700,000 Black driving workers would lose their jobs during the rapid introduction of self-driving cars.

While only 2.66 percent of white workers nationally are in driving occupations, particularly in truck driving, 4.23 percent of Black workers are in driving occupations compared to the national average of 2.85 percent. Mississippi, with Black residents accounting for nearly 40 percent of the overall state population, is the state with the highest proportion of driving workers in the nation. Other large Black populations states, such as Pennsylvania, Georgia, New York, Illinois, Louisiana and Alabama, are identified by the Center for Global Policy Solutions’ study as places where the job loss resulting from the introduction of driverless cars would be hardest felt.

“Automation is happening very fast and, unfortunately, it’s happening at a time when Republicans in Congress and a Republican president are gutting social safety net programs,” Dr. Maya Rockeymoore, President and CEO of Global Policy Solutions, tells the Tribune.

“The fact that there was a Capitol Hill hearing devoted to a discussion on autonomous vehicles and the subject of worker displacement didn’t come up says members [in charge of that Committee] are in line with the industries rolling this technology out,” says Rockeymoore.

Committee staff, however, pointed out that they were examining how autonomous and AI-driven technologies could spur job growth through a string of “Disruptor Series” hearings. But when asked by the Tribune whether there would be a closer look into the worker displacement raised by the CGPS study, Committee aides suggested the House Education and Workforce Committee would have jurisdiction over the topic.

For the most part, subcommittee chair Walden is focused on the public safety aspects of self-driving car rollout. “Early reports estimate that over 40,000 Americans died in traffic-related accidents last year, which is a 6 percent increase in fatalities reported from the previous year. With this number on the rise, one of our primary responsibilities as a subcommittee is to continue looking for ways that we can protect consumers and their families while traveling on the nation’s roads,” Walden responded in an email to the Tribune.

“Without question, the most beneficial aspect of self-driving cars is the increased safety potential they can provide to the driving public. We will continue to engage with all interested parties in this industry and examine its impact on jobs and the economy so that we can ensure we are maximizing our nation’s potential for job growth.”

It remains unclear if policymakers on Capitol Hill will have a conversation on the economic ramifications of the technology once it’s introduced. Many lawmakers assume that displaced workers will be able to simply transition into new sectors of the economy. Yet, an oft-cited 2013 Oxford University study claims that automation, robotic and AI technologies will decimated 47 percent of the U.S. workforce by 2040.

Researchers argue that educational institutions are ill-equipped to quickly meet the challenges brought on by automation. “There are actually more policy discussions about this issue in Silicon Valley among non-policy people than there are on Capitol Hill,” said Rockeymoore.