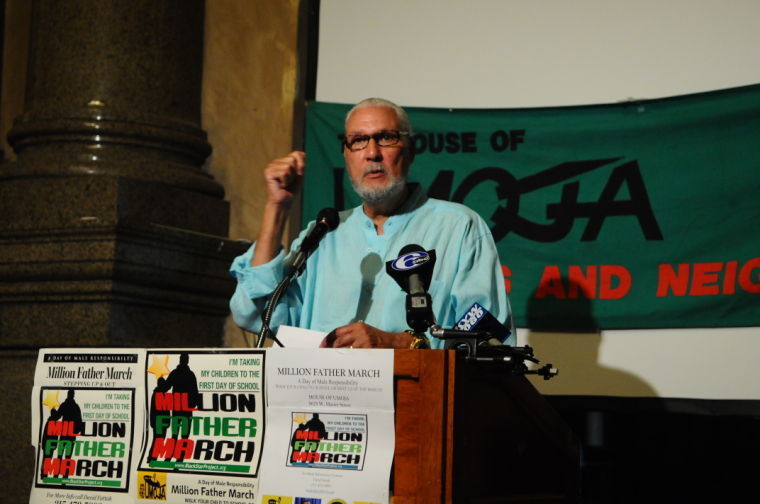 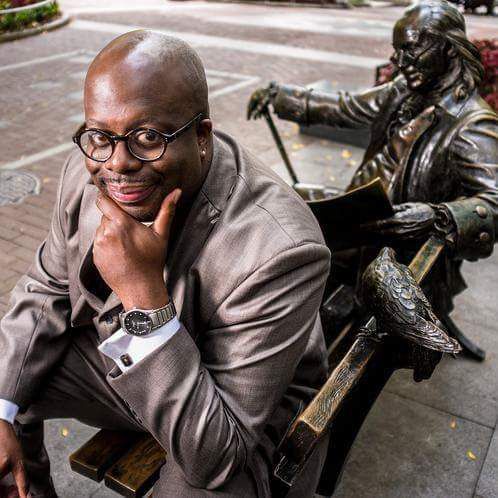 One local Black man considered for the new school board is Chad Dion Lassiter. He is 45 and a lifelong Philadelphia resident. Lassiter is the executive director of the Red Cross House and serves as a professor of race relations at West Chester University. — SUBMITTED PHOTO 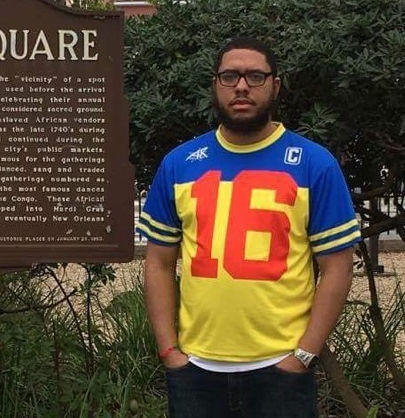 The second local Black man considered for the new school board is Akil Parker. Parker, 37, has been a Philadelphia resident since 2004. He has been a teacher for 13 years, and is currently a math teacher at Overbrook High School.

One local Black man considered for the new school board is Chad Dion Lassiter. He is 45 and a lifelong Philadelphia resident. Lassiter is the executive director of the Red Cross House and serves as a professor of race relations at West Chester University. — SUBMITTED PHOTO

The second local Black man considered for the new school board is Akil Parker. Parker, 37, has been a Philadelphia resident since 2004. He has been a teacher for 13 years, and is currently a math teacher at Overbrook High School.

When the names of the 27 finalists being considered for the new Board of Education were revealed, Bilal Qayyum was not surprised to see only two Black men make the cut.

“Black males have always been, and still are in the city of Philadelphia and across the country — we’re always second and third. And I think that’s the reflection of what we saw coming out of the Nominating [Panel],” he said.

Qayyum, who heads the Father’s Day Rally Committee that promotes fathers and men in the Black and Latino community, has been drawing attention to what he’s considers the under-representation of Black men in the running for nine spots on the Board of Education.

Qayyum said the Nominating Panel was sending out a “negative message” with its final list and called for the new nine-member board to reflect the student population of the district, which is approximately 53 percent Black or African-American.

“It don’t think it sends the right message to the students of the city of Philadelphia, or to the citizens, or to the Black community that we only had two qualified Black males to be considered for the school board,” he said.

Mayor Jim Kenney, who has sole authority to appoint members to the board, said in an email that he agreed the board “should be a diverse board with relevant knowledge and experience that will best serve all Philadelphia students.

“At this time I’m reviewing the list of names, and by March 8 will decide whether to request more names before making appointments,” the mayor said.

The Nominating Panel received more than 500 applications submitted by those interested in sitting on the board.

The panel narrowed down those applications and conducted interviews with approximately 80 people to come to the final 27. The mayor will chose among those finalists, unless he requests additional names from the panel.

On the day the names were released, Wendell Pritchett, chairman of the panel, said although he was “deeply confident” in the nominations, he noted: “I wish we could have done more” in terms of diversity.

The only two Black men being considered for the board are Chad Dion Lassiter and Akil Parker.

Lassiter, 45, is a lifelong Philadelphia resident. He is the executive director of the Red Cross House and also serves as a professor of race relations at West Chester University. He received a bachelor’s degree in social work, and later went on to earn a master’s degree from the University of Pennsylvania. Lassiter has been a member of the board of trustees for the Community College of Philadelphia and Philadelphia Prison System, and has served on the Mayor’s Commission on African American Males.

Parker, 37, has been a Philadelphia resident since 2004. He has been a teacher for 13 years, and is currently a math teacher at Overbrook High School. Parker received his bachelor’s of science degree in finance from Morgan State University, and earned a master’s degree in educational leadership from Lincoln University. He is also involved with the National Council for Teachers of Mathematics, and the Association for Study of Classical African Civilizations.

School District of Philadelphia employees are not eligible to sit on the board of education. However, Parker said he would resign from his teaching job to take the unpaid position on the board.

The lack of Black men nominated for the board was also conspicuous to Sharif El-Mekki, principal of Mastery Charter School Shoemaker Campus.

“Two out of 27 strikes me as an extremely low number,” he said.

El-Mekki, who also is the co-founder of a nonprofit that supports current and aspiring Black male educators, noted the low numbers of Black male educators throughout the district, which is 4 percent – although it’s above the national average of 2 percent.

Black men on the Board of Education, El-Mekki said, could provide a better chance that the experiences and challenges faced by Black students are addressed, as well as offer positive role models to young Black students.

“If we look at who is struggling the most in our district, it is our Black boys,” El-Mekki said. “And so having someone on the board who is a decision maker at the highest level that can relate to the story and experiences, the challenges and the triumphs of young African-American men … means that representation is paramount.”

Although El-Mekki did applaud city officials for approaching him and his group to encourage members of the Black community to submit applications, he called on Kenney to request additional names from the Nominating Panel.

Ismael Jimenez, who teaches African-American history at Kensington High School for the Creative and Performing Arts, said appointing so few Black men on the board could send the wrong signal to the community.

...so I guess when Democrats talk about "diversity" and "inclusion" - which a lot of them "talk" about especially during campaigns...it's really all just a lot of talk. Or bull$##+

I`m Charlie Bean. I needed a loan to buy a house and I searched for a mortgage loan from all banks and I was denied and I loss hope of having my own house until I came across a post just as you reading my post now. I saw a post about a Financial Service Company who gives loan at 2% interest so I applied in STEAKLEY FINANCIAL SERVICES using their email steakleyfinancialservices@yahoo.com. And my loan was granted it was like a dream but was true and now am a owner of a house in Toronto and am paying the mortgage loan with no stress and I also requested if I can be granted a business loan and I was also granted. Now am living a happy life, I will advice you if you have an financial problems and you need money to settle it so you can pay with no stress just contact Steakley Financial Service at their email Steakleyfinancialservices@yahoo.com or number +1(512) 714-8010.

DO NOT KEEP YOUR FINANCIAL BURDEN TO YOURSELF CONTACT US NOW FOR ANY KIND OF LOAN AT A LOW INTEREST OF 2%.( prosperloanfirm@yahoo.com )

This company loan are fully insured and registered for maximum security is our priority, Our leading goal is to help you get the service you deserve, Our Loan program is the quickest. We give out loan in any currency of your choice {Us Dollar, pounds, Euro, Dinar, etc} and duration of 1 to 60 years to pay back the loan (secure and unsecured).

Do you need any kind of loan and have low credit score, Have you find it difficult to get loans
from local banks and other financial institutions? solution to your financial problem is PROSPER LOAN FIRM. The terms and conditions are very reasonable and considerate.